Your eyes are not deceiving you. That is a real creature. It is a type of flapjack octopus that has been collected since 1990. Now, scientists have come to the realization that it is a different subspecies of flapjack octopus and they are busy trying to come up with a name for it. This creature, which looks more like a Pokemon then a real animal might well end up being called Opisthoteuthis Adorabilis, because let’s face it, if it is one thing then it’s adorable. 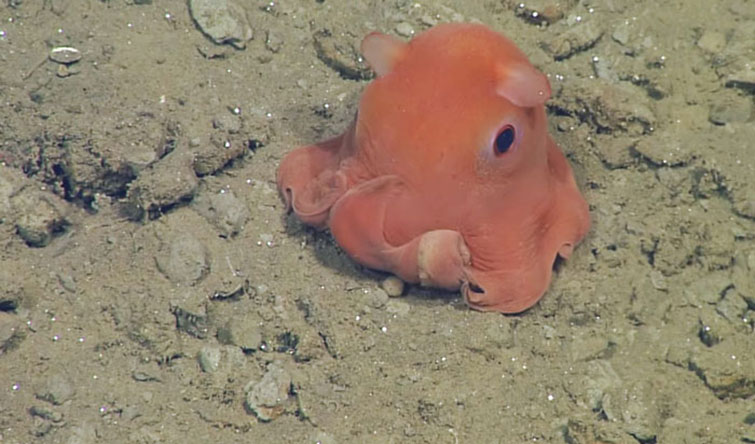 It has a web between its legs that allows it to “parachute” through the water. Scientists in California are considering naming it “Opisthoteuthis Adorabilis” 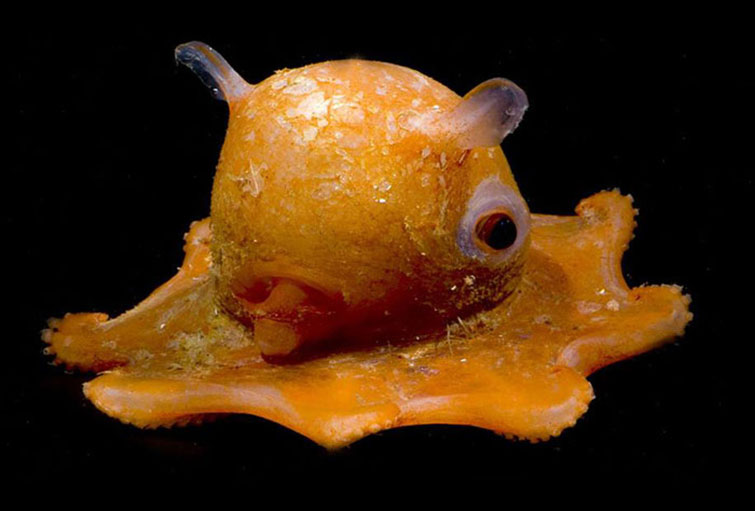 It is the same genus as “Pearl,” the octopus from Finding Nemo