Almost everyone has spent time in their lives pondering what the future may hold. Sometimes this goes well beyond our own lives, hundreds of years into the future. Many famous works of fiction have come from this train of thought, and it goes to show that humans have always been envisioning what a future society may hold.

French artist Jean-Marc Cote is one such person, and his visions have come to light for the first time, despite being over 100 years old! The artist and his colleagues released a collection of postcards that depicted how they imagined the future would look 100 years from time – in the year 2000!

Drawing in the years 1899, 1900, 1901, and 1910, the images were initially released on cigar and cigarette packets before eventually being featured on the postcards displayed today. Author Isaac Asimov found the hidden gems that had long been forgetting since their release over 100 years ago, as they struggled to find a wide-spread release at the time and fell into obscurity. He has since published all original 87 images in a book for everyone to enjoy, resulting in the aptly titled book ‘Futuredays: A Nineteenth-Century Vision of the Year 2000.’

So what exactly did the people of the past predict for the future?

As evidenced by the images, a lot of strange inventions, but that’s perhaps a product of the time period. The likes of flying firemen and postmen do seem pretty far from the norm, although many concepts regarding the use of machinery to help various industries is a little closer to what we ended up with. There’s still plenty of time to develop that whale bus mind you… 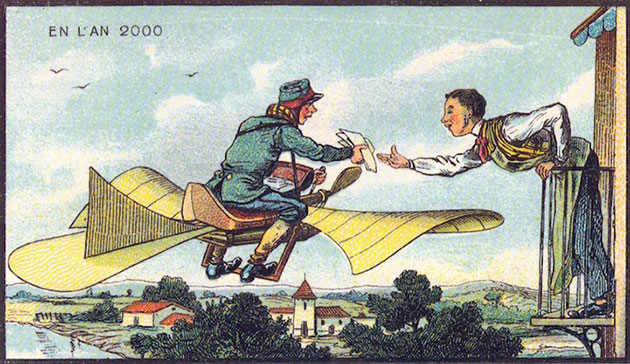 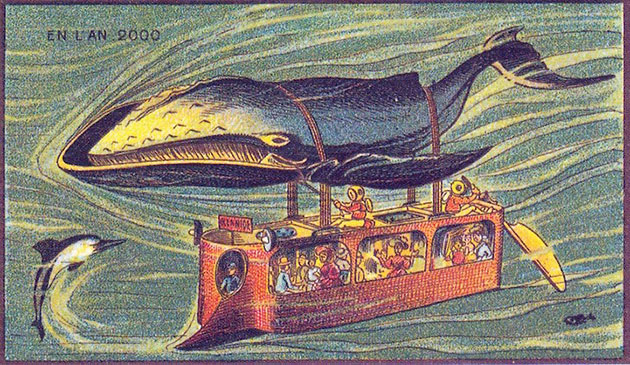 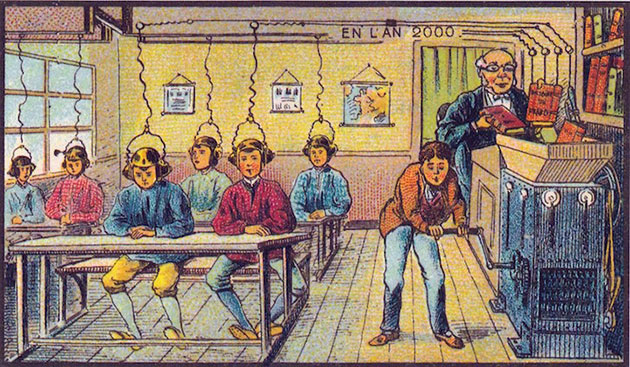 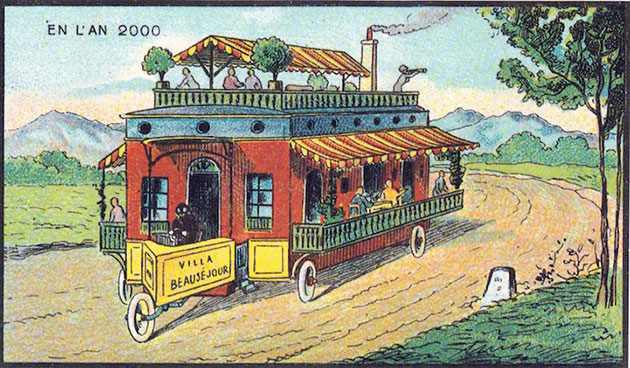 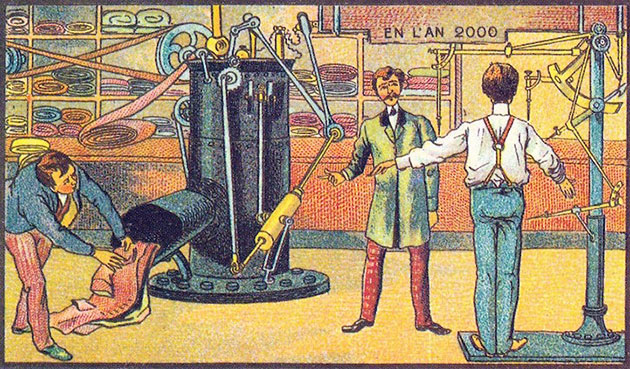 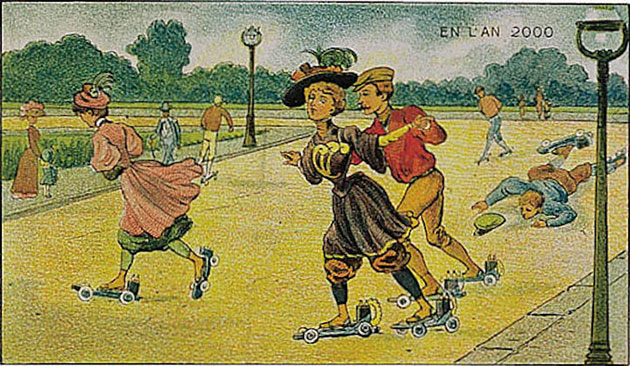 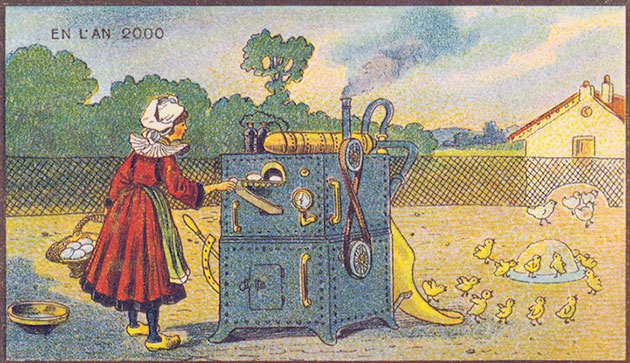 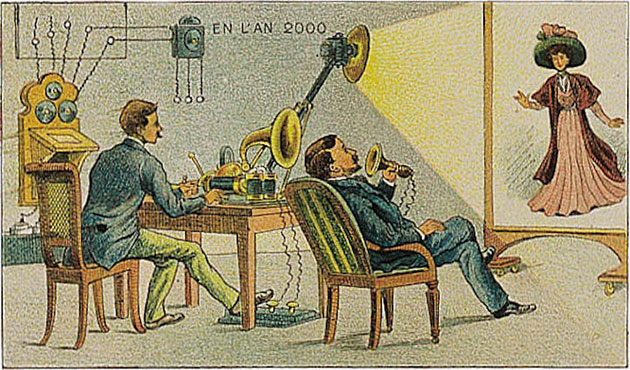 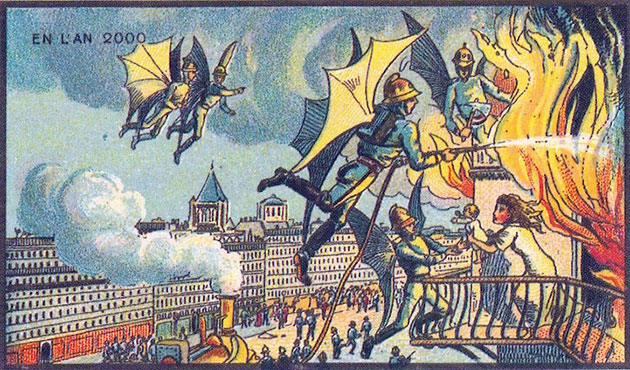 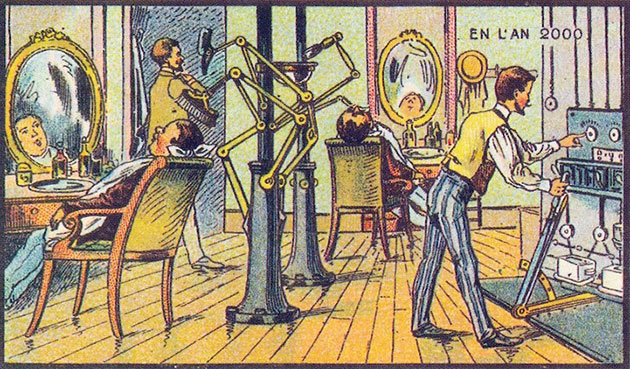 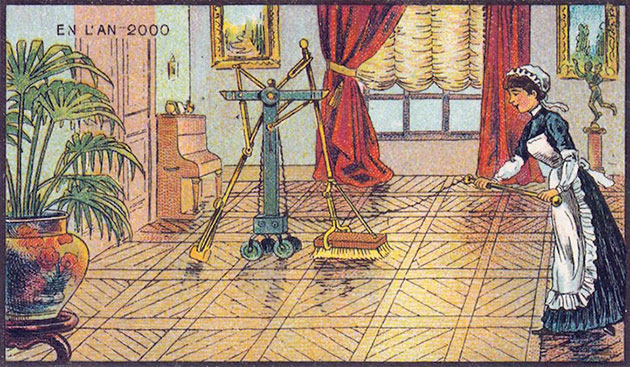 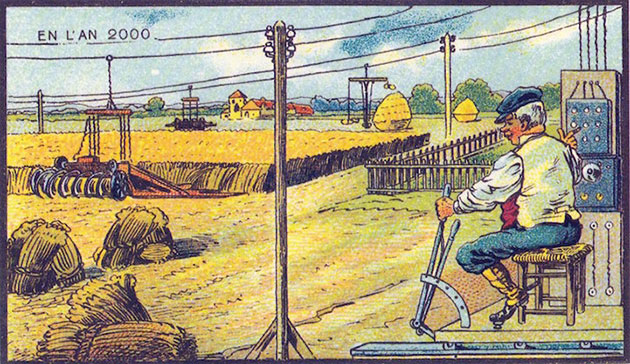