Archaeologists discovered the skeletons of this couple hand in hand. The finding dates back to Roman period, approximately 1,500 years old. It would be wonderful to learn the story of this probably amorous couple despite the tears we may drop. 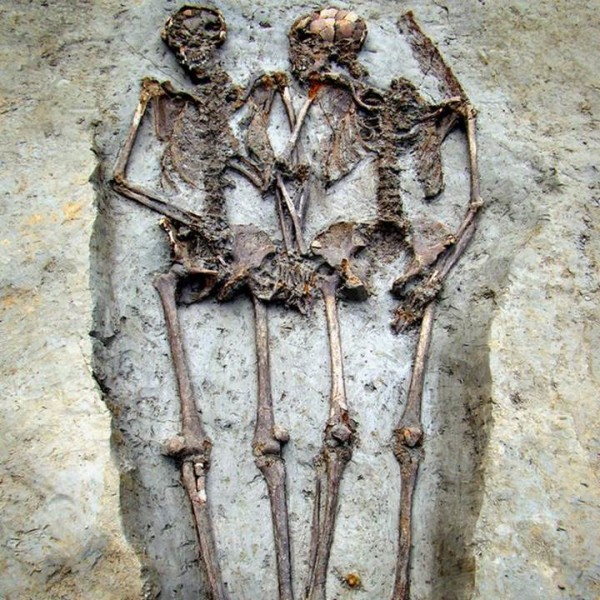 Do you know why Mickey has white gloves all the time? The cartoonists who created the character wanted his hands to be seen even when he kept them in front of himself. The hands wouldn’t be visible without the gloves. That is basically why.

Doberman Pinscher was created only for one reason, that is the safety of the tax-man. The posture and also the colors of this dog breed looks quite official indeed. No doubt it can successfully work for the state.

This is an interesting fruit, it is a strawberry variant that has a taste which is not like a strawberry. This one tastes like a pineapple, so it is simply a white, pineapple tasting strawberry. Its intriguing look encourages you to give this strange fruit a shot.

Stingray is not a creature that can fly however they can jump impressively and when they do it they are visible above the sea. Being assaulted by a stingray doesn’t sound like a nice experience and I’m sure no one wants to be killed by one. It would be a nightmare to have a stingray jumping on you while you are chilling out on a boat.

Maybe you do not know who Tom Kenny is, he is the person dubbing  Spongebob Squarepants since the start of the cartoon series. It is not just Spongebob that Tom Kenny gives his voice to, there are so many other characters including the Dog from “Catdog”, Heffer Wolfe from “Rocko’s Modern Life”, Gary the Snail again from “Spongebob Squarepants” just to count a few.