This adventurer certainly is not slacking – as he has claimed the record for the world’s longest slackline. 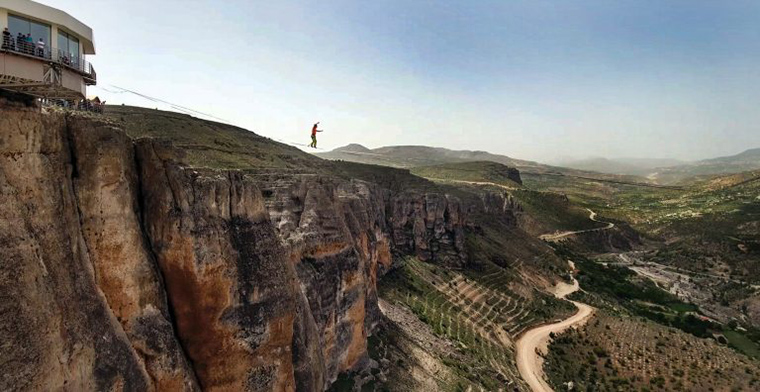 Samuel Volery snatched the title by walking 1210 metres across a valley, beating the previous record by 190m.

The daring walk took him 74 minutes to complete, and he listened to music the entire way through.

Samuel, from Switzerland, completed his attempt in Malatya, Eastern Turkey, on May 14.

The 32-year-old slackline company owner said: “I walked the line on sight – meaning that I did it on my first try.”

“I listened to music as I was going along, otherwise it would have become really boring.”

“I was listening to Frank Turner, Franz Ferdinand, 3 Doors Down and 77 Bombay Street.”