Hope for Paws, an organization that rescues stray dogs came across an animal that they had not at all expected. The Los Angeles based animal rescue organization received a phone call from a Samaritan that there is an animal out there which appears to be in a pitiful condition. 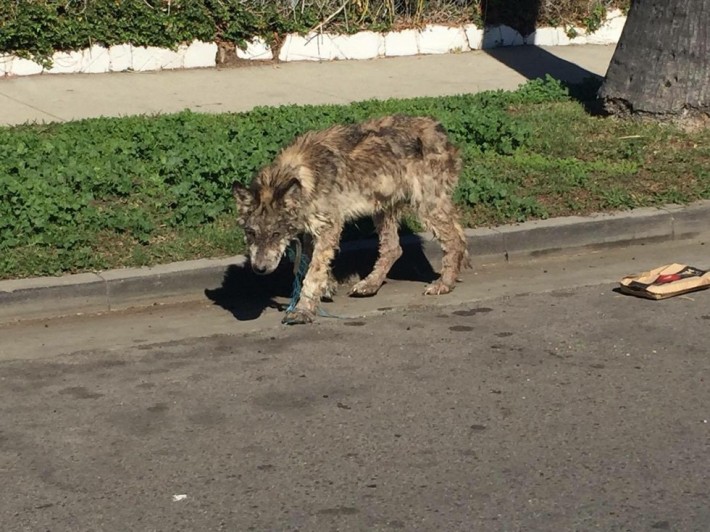 Immediately, Edlad and his team rushed to the place. Only when they rescued her that they realized that it was not something ordinary like their other rescues. 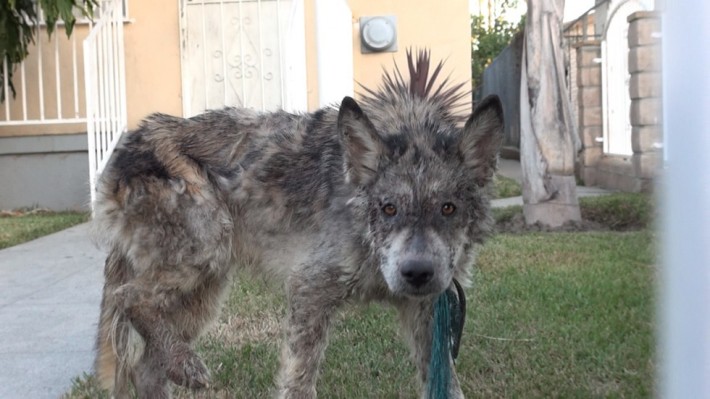 When they first saw the picture they had received, it appeared to be a disoriented and sick animal that needed attention. 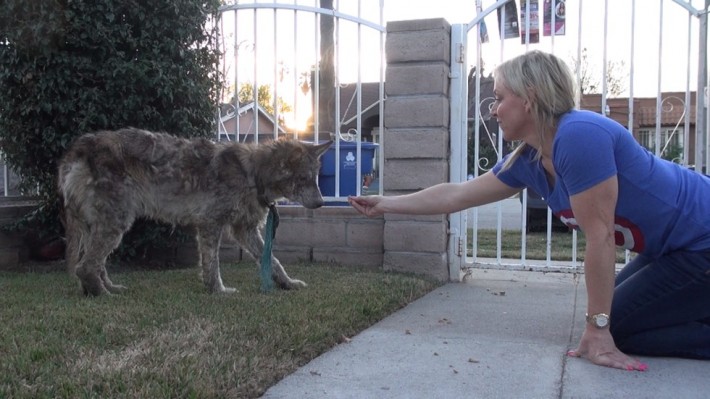 After they reached her and went close to her, they realized that it was a wolf-dog hybrid and they later named her as Julia. 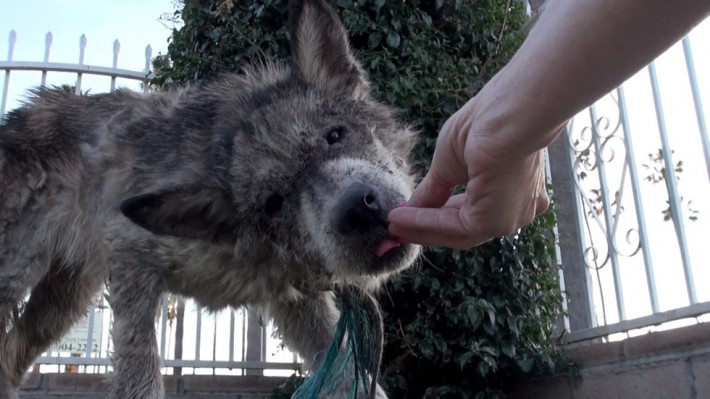 Hope for Paws had never come across an animal like this earlier. 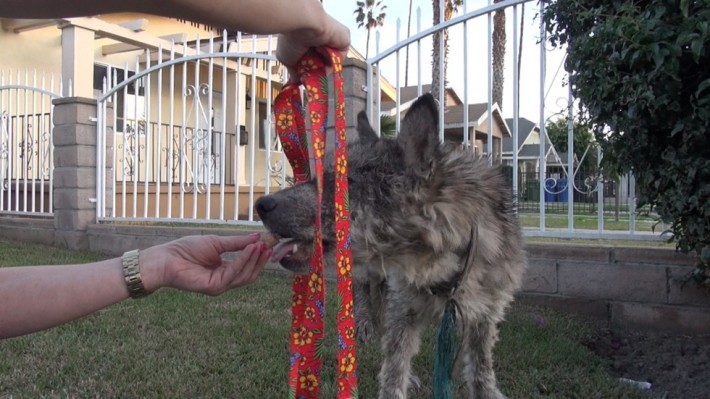 But Julia was scared and only then Hope for Paws realized that she needs attention. 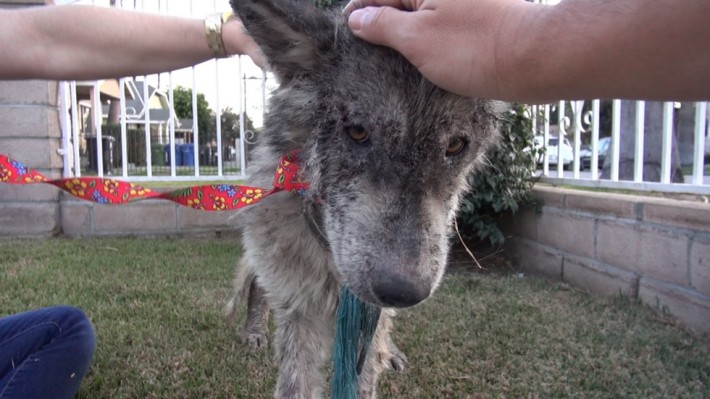 Julia had infections all over her body. 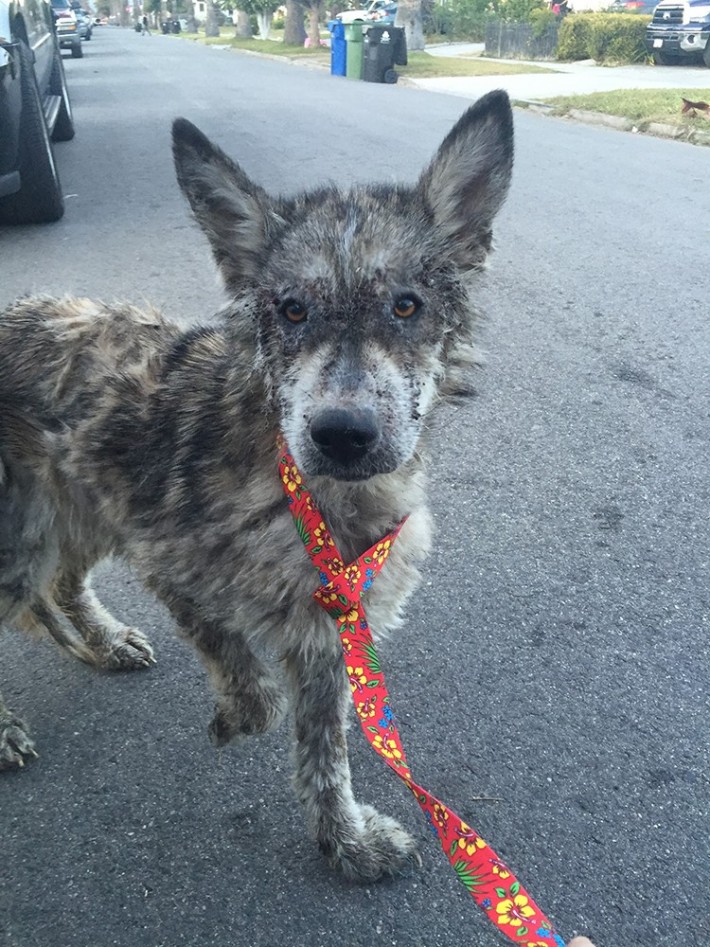 Her entire body was wounded and there was nothing apart from skin and bones below her fur. 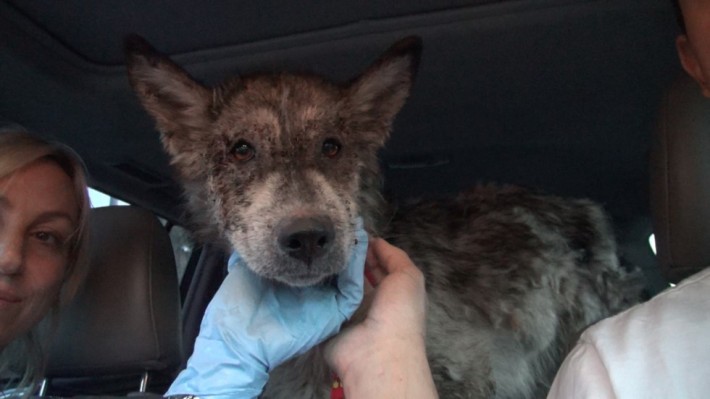 The founder of Hope for Paws, Eldad Hagar, said that he had no whereabouts of where she came from and the only recognizable tag was on her neck. 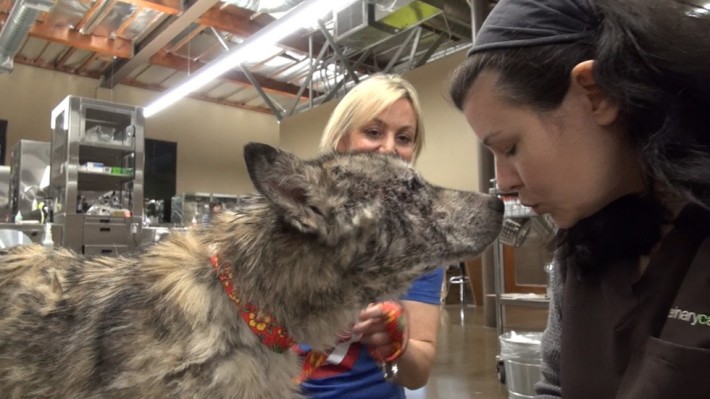 However, looking at her appeared as if Eldad was neglected to a great extent. 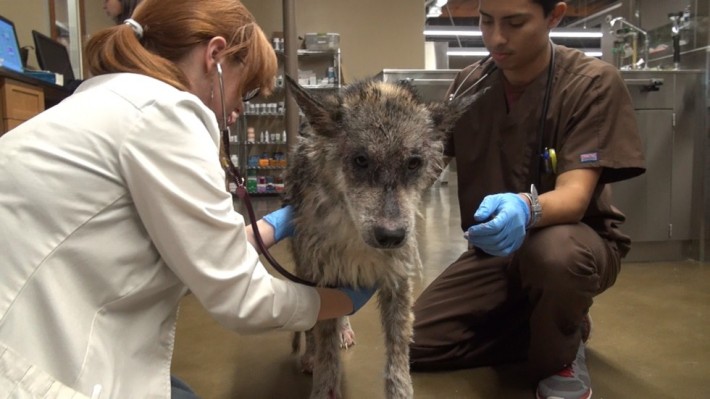 Although she was hurt and broken, Julia was gentle and sweet in nature. 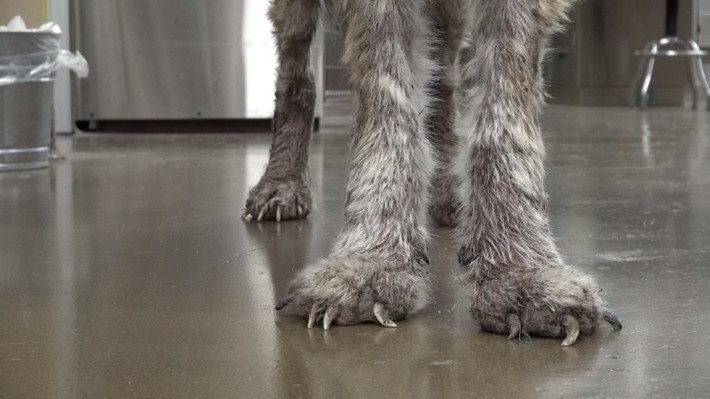 And she was helpful when the vets examined her. 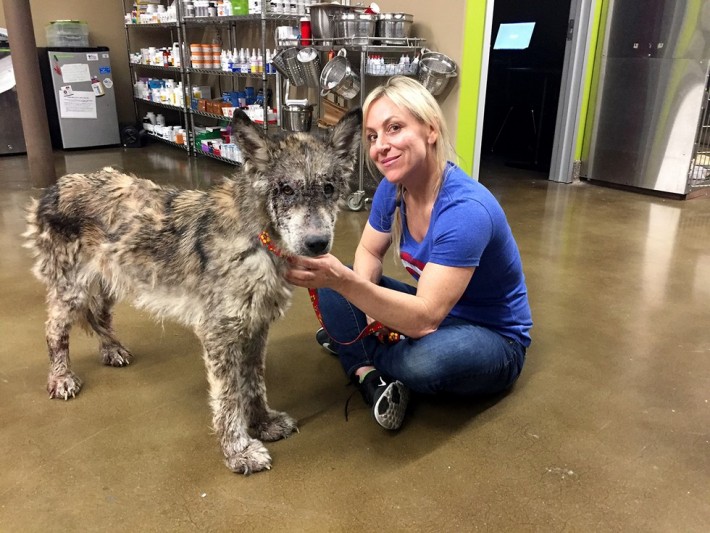 Due to a condition called demodectic mage, she was losing hair. 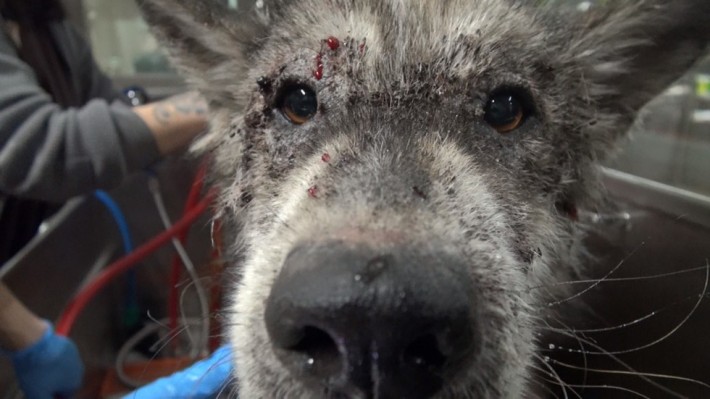 During the first bath, they found that the condition was worse than they had thought. 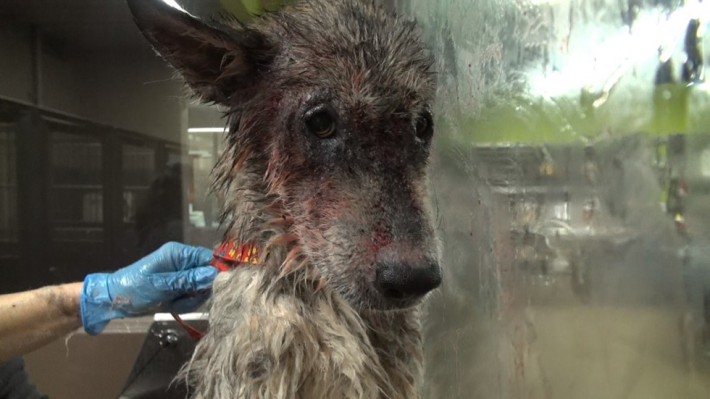 She was skinny and the scabs broke when water touched her. 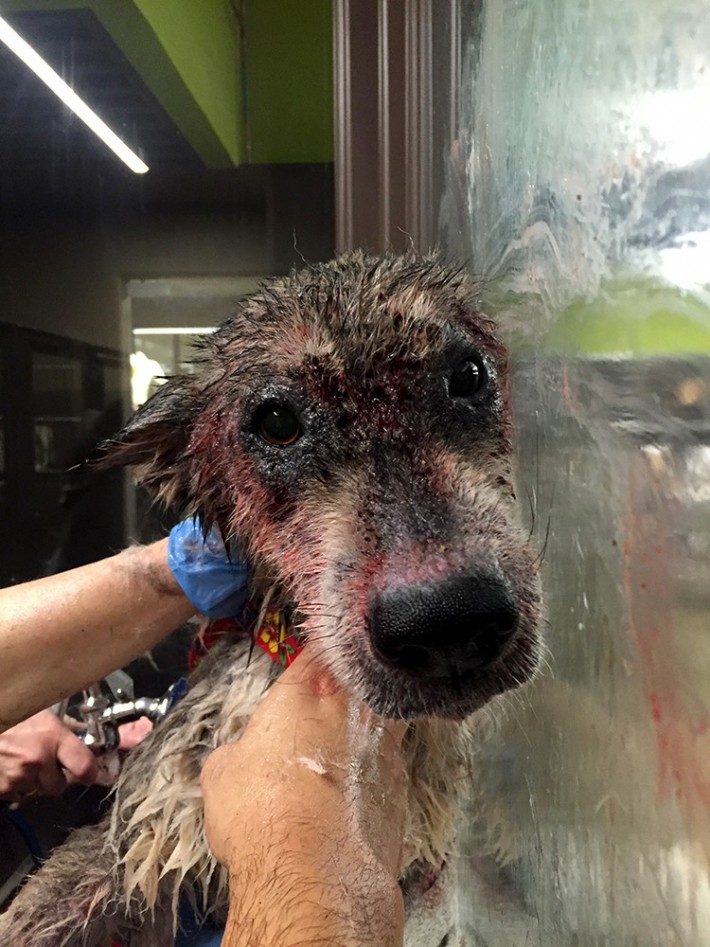 There was bleeding all over the place. 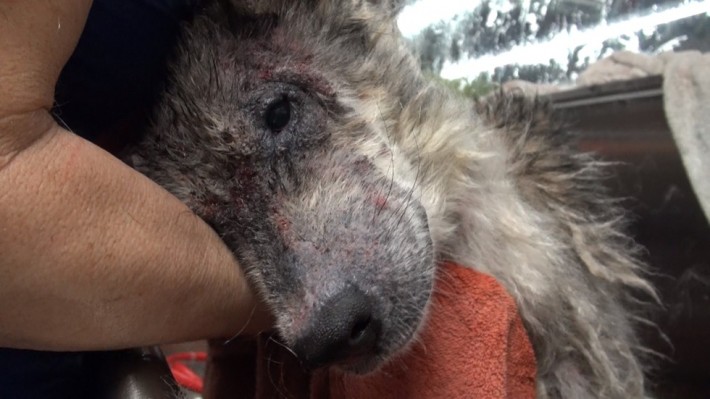 She was still calm in the arms of the rescuer. 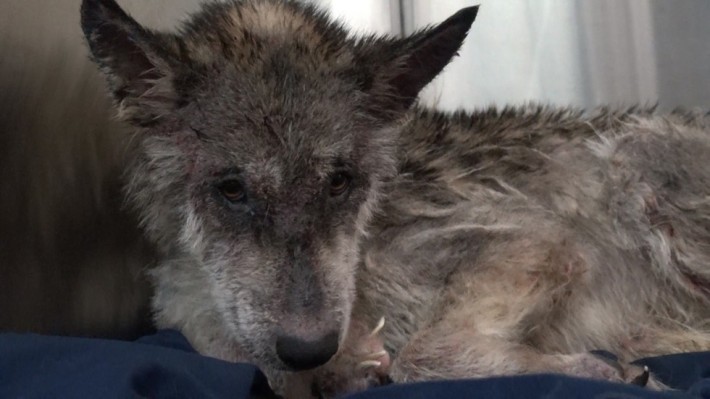 And she finally rested. 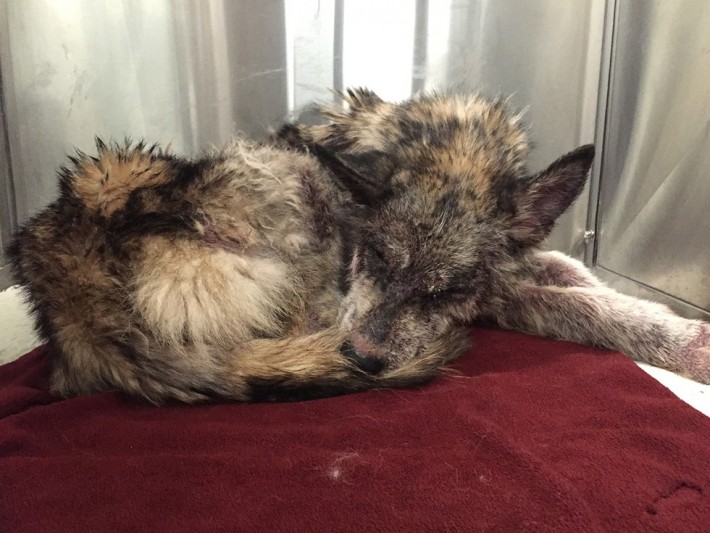 She is affectionate towards her rescuers. 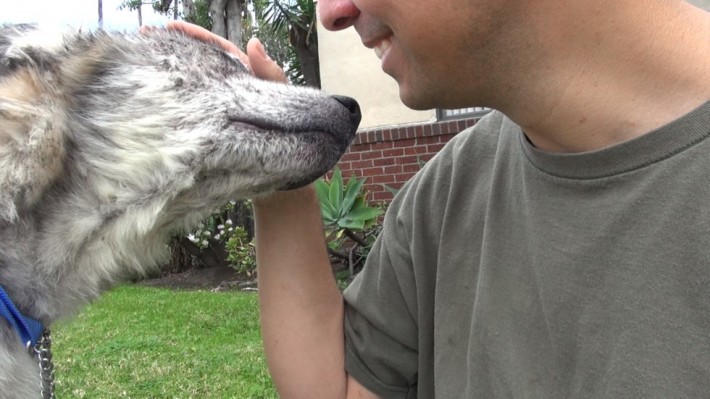 However, she was still recovering and required care. 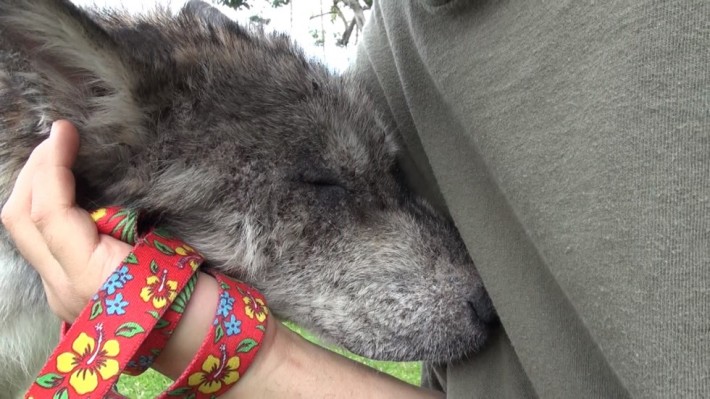 Rescuers are trying to run a DNA test on her. 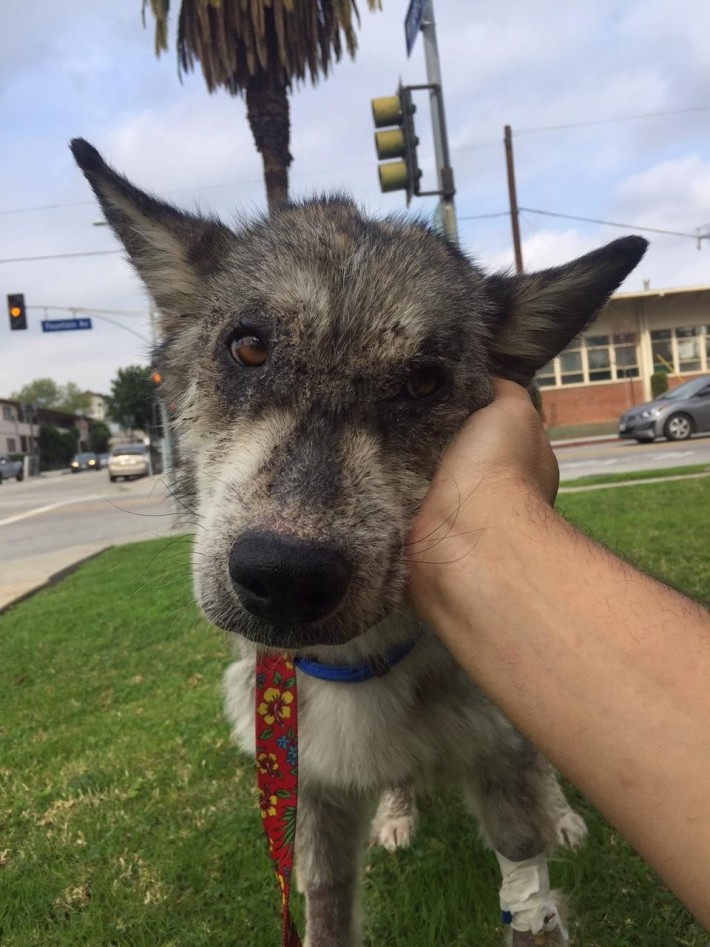 We are happy that she is getting the love and care required. 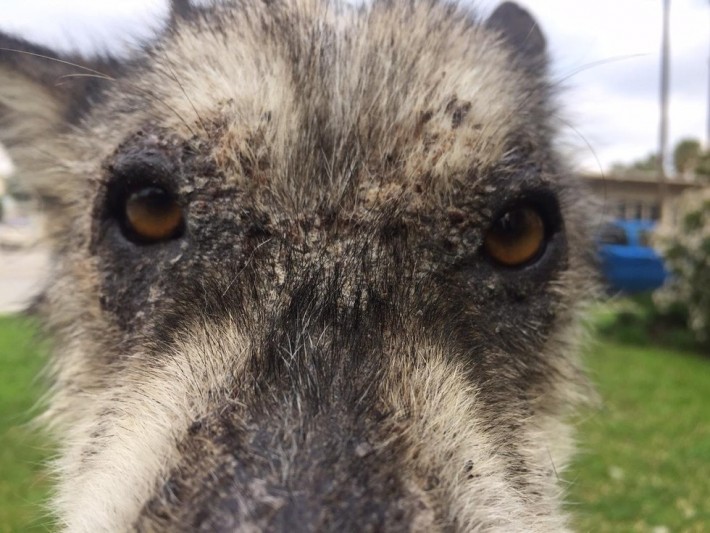 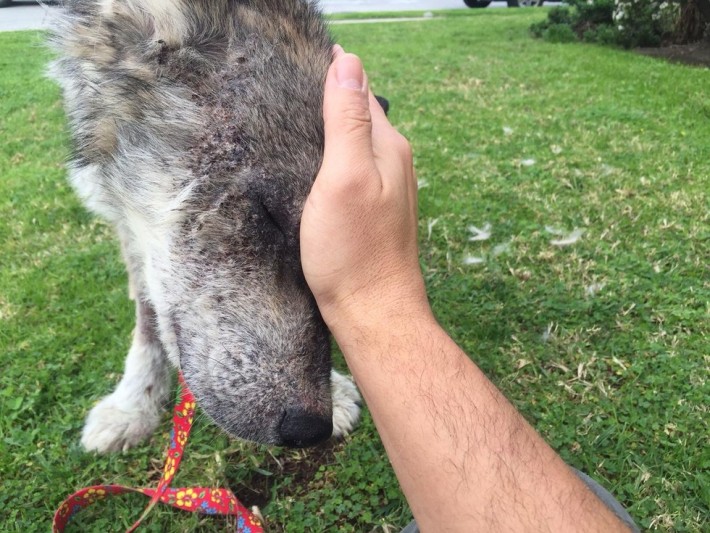 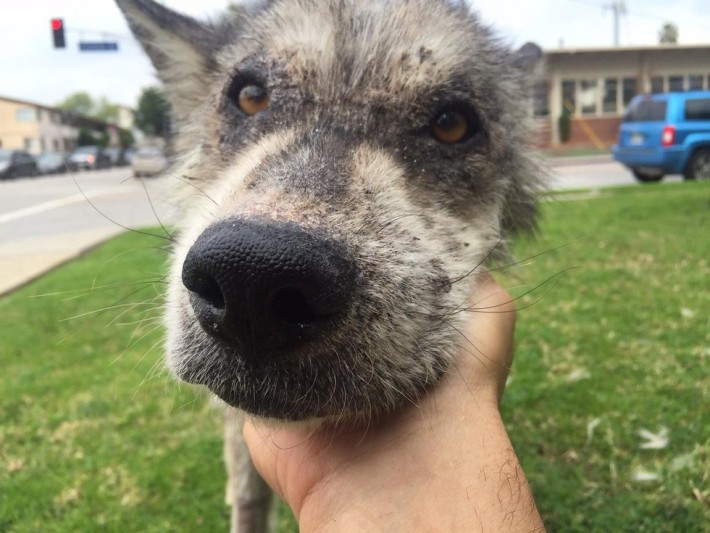 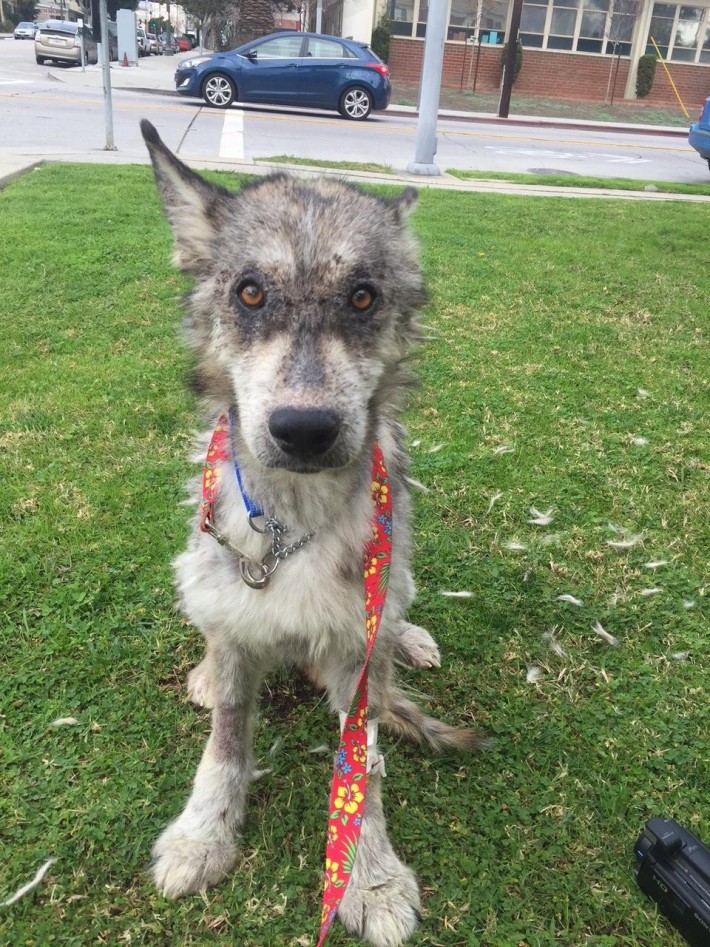 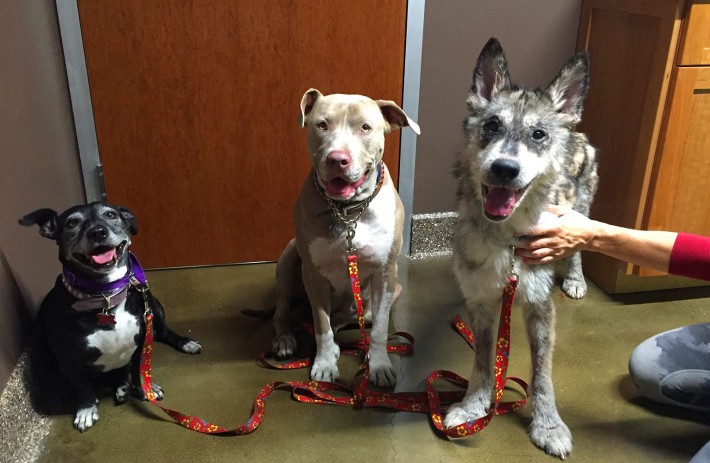