Most of us have been on an airplane at some point in our lives, whether or not it was a good experience, it was something that we remembered for one reason: the food. Yes, we’ve all tasted that plastic and terrible tasting food and hated it from the first bite. However, back in the day, they’re actually used to be some good food on airplanes and it made us rethink our own food options even back at home. It was equivalent to enjoying a meal out at a fancy restaurant, and it was something that really made the flight special. Too bad it’s not like that anymore, right? 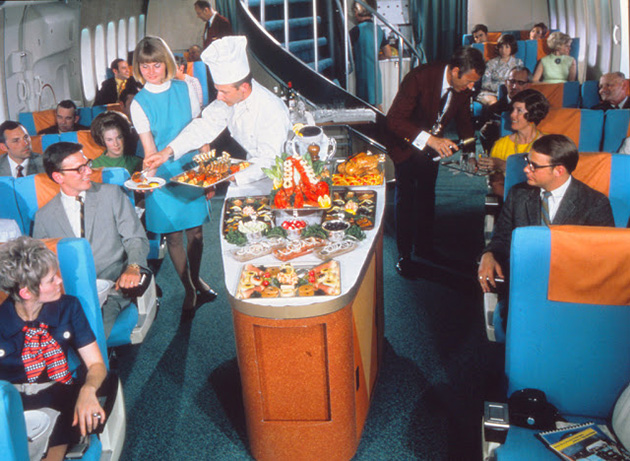 These vintage photos from the collection of Scandinavian Airlines show passengers from the 1950s through to the 1980s enjoying gourmet meals such as caviar, lobster, and a whole leg of ham at 35,000-feet.

Back in 1969, some passengers were served meals directly by an in-flight chef. Here, the chef is dishing up Smørrebrød, a type of Danish open sandwich (rye bread topped with meat or fish and cheese). 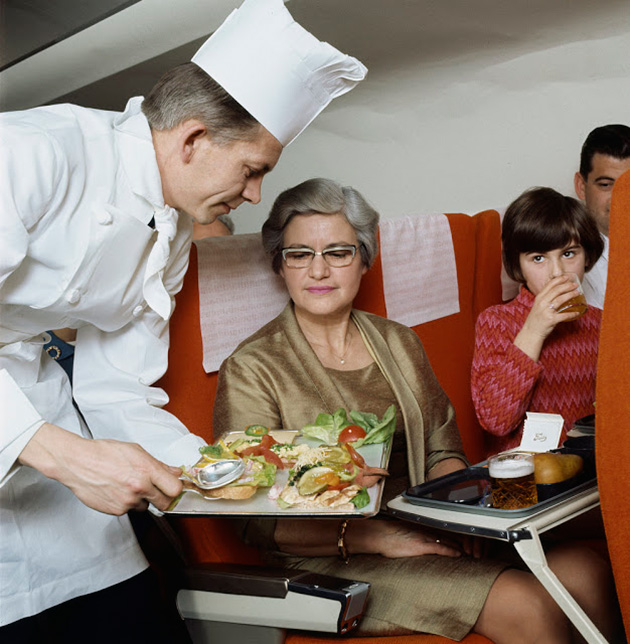 That same year, passengers in first-class were treated to a hearty meat feast that included an entire leg of ham, salami, and other sausages served with bread and beer. 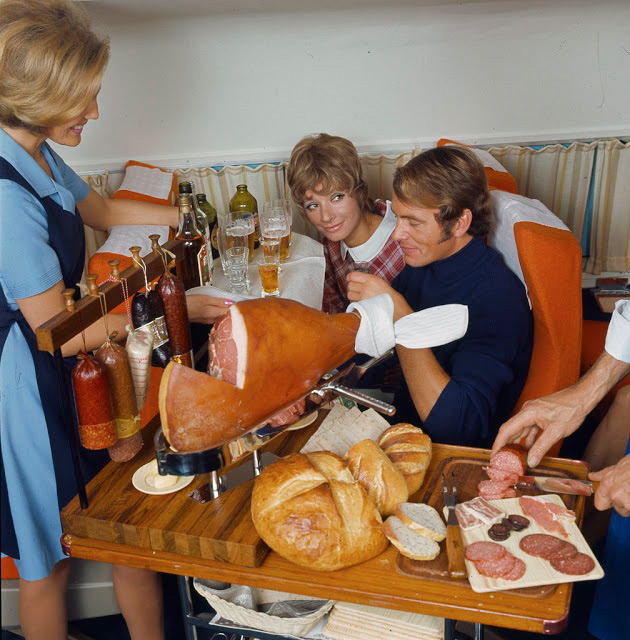 The ham was sliced with a large knife (now strictly not allowed on planes, for obvious reasons) in front of passengers. This would never happen today. 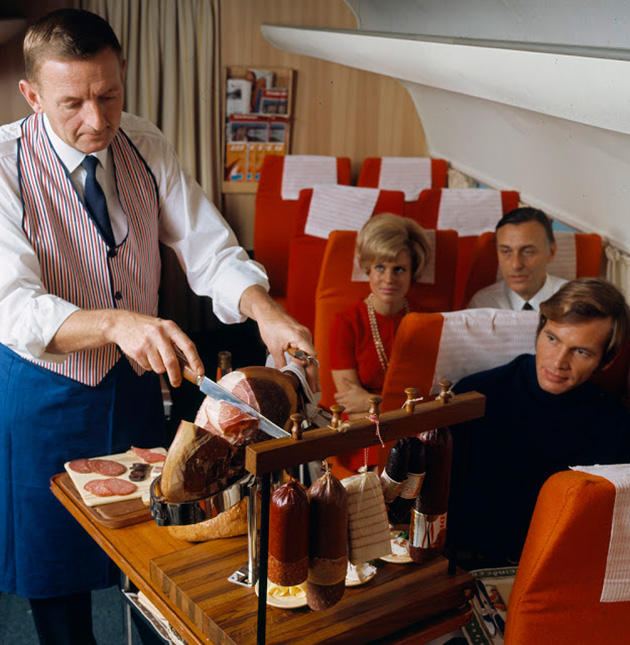 In case that meal wasn’t sumptuous enough, there was also fresh salmon, again served in front of fliers. 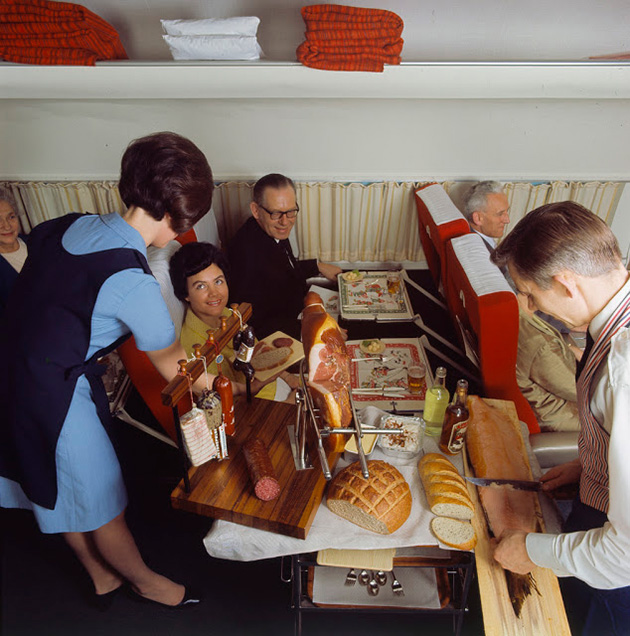 Fliers were also spoiled with a lavish spread including caviar, served up by the chef himself. 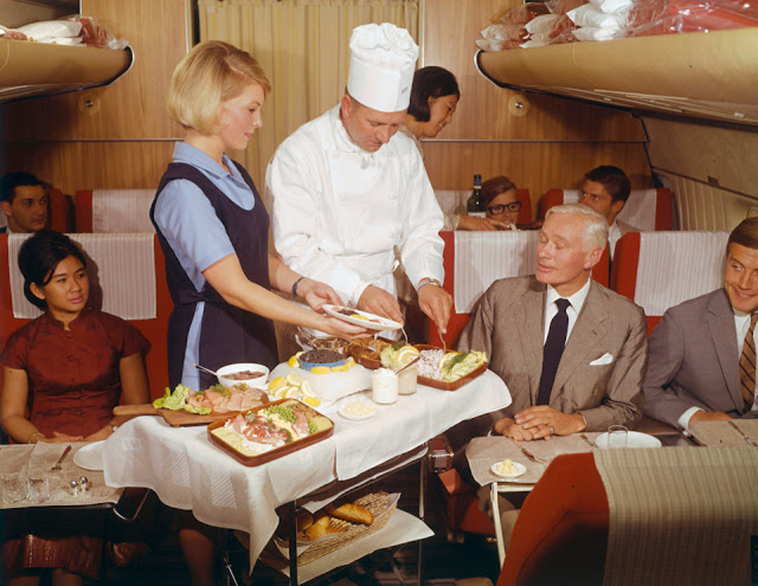 In the 1950s, passengers in sleeper cabins on a DC-6 aircraft were served an in-flight breakfast in bed. 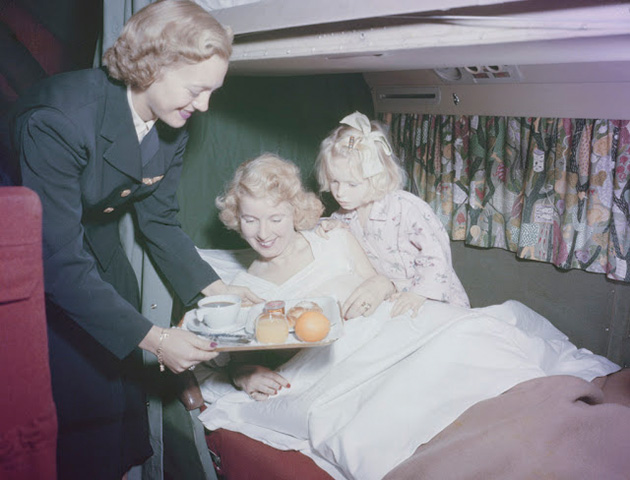