At least they’ll grow up without a fear of heights…!?!?

In the late 19th century, doctors began recommending that parents in urban apartments regularly expose their children to fresh air. It was believed this would strengthen the child’s immune system and increase her general health and vigor. 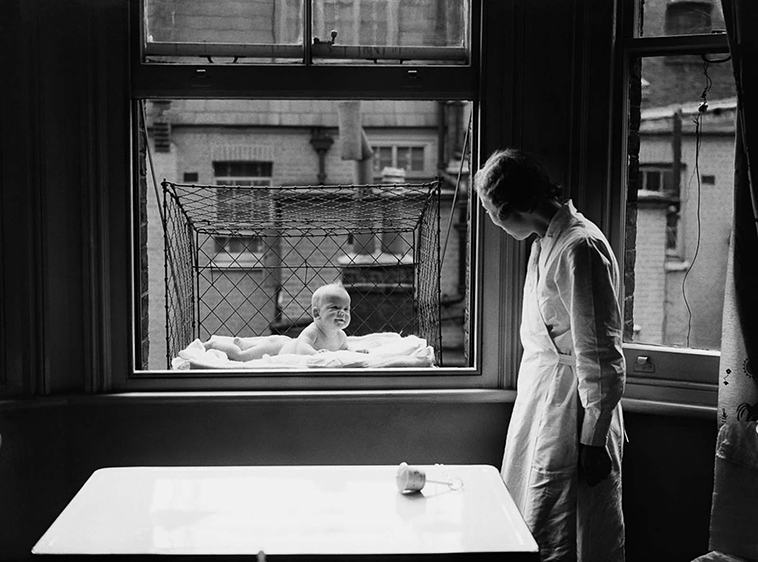 The concept was introduced by Dr. Luther Emmett Holt who wrote about “airing” in his 1894 book The Care and Feeding of Children.

“Fresh air is required to renew and purify the blood, and this is just as necessary for health and growth as proper food,” he wrote. “The appetite is improved, the digestion is better, the cheeks become red, and all signs of health are seen.” 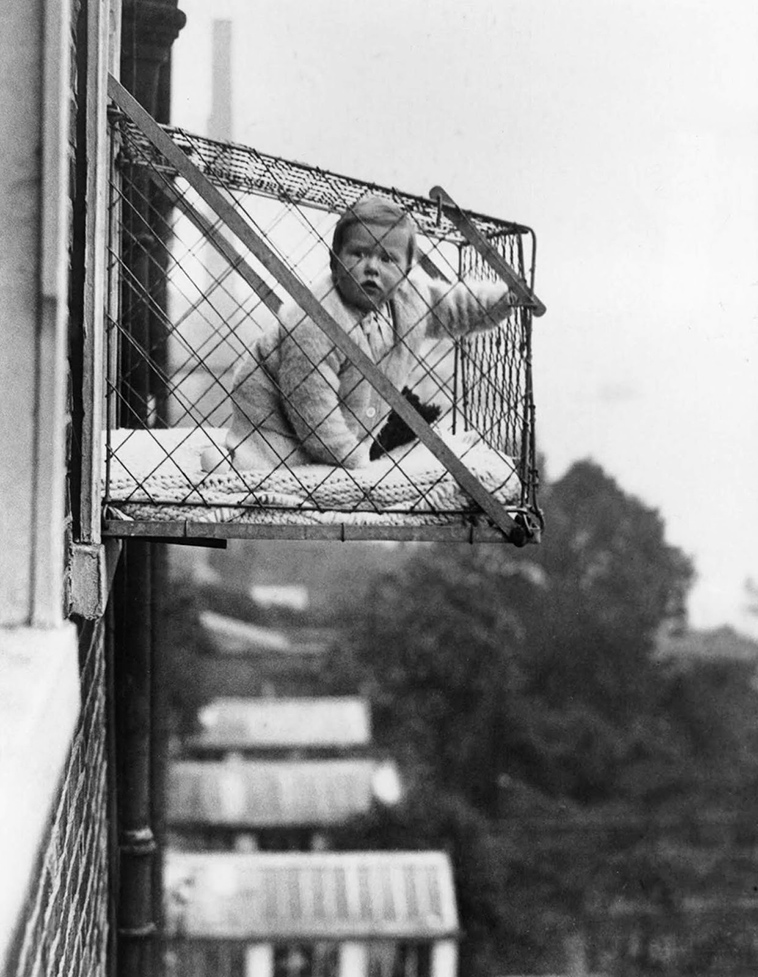 In the early 1920s, baby cages popped up in space-cramped apartments. The coop-like cages let parents “air” out their babies without leaving their apartments.

The first commercial patent for a baby cage was filed in 1922 by Emma Read of Spokane, Washington. The cages became popular in London in the 1930s among apartment dwellers without access to backyards. 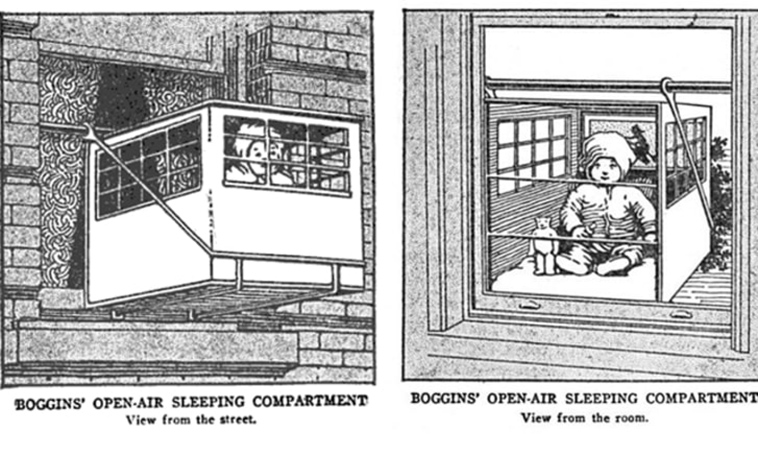 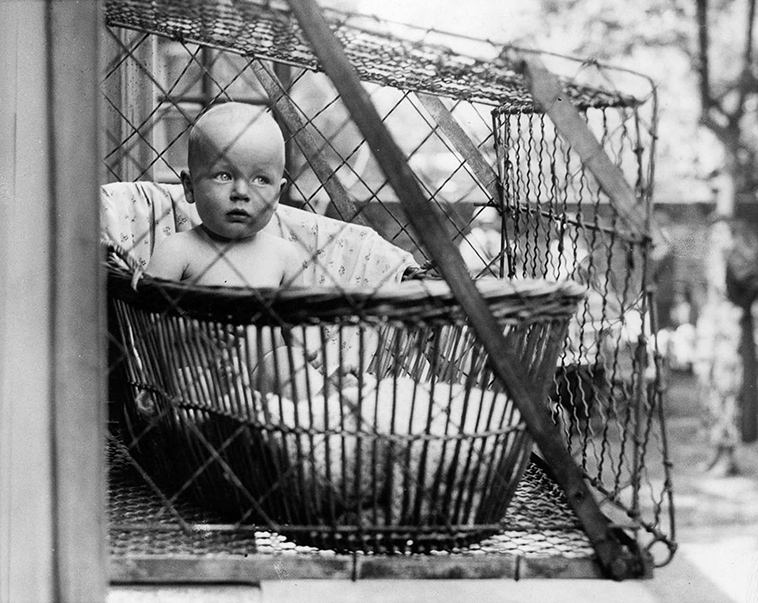 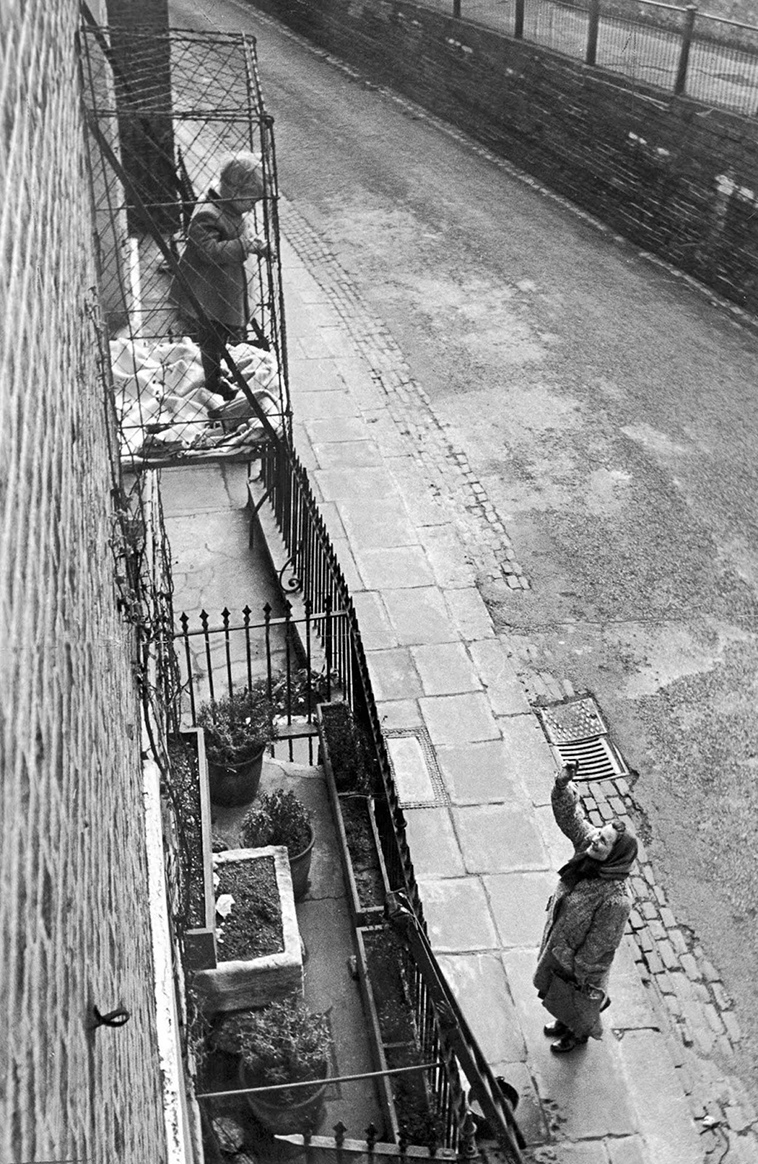 Ultimately, their popularity declined.  It is possible that this was connected to safety concerns. 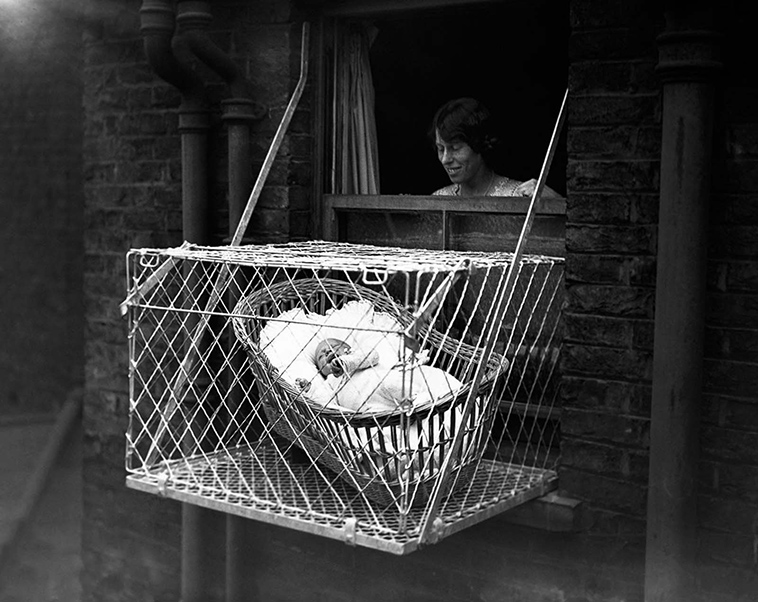 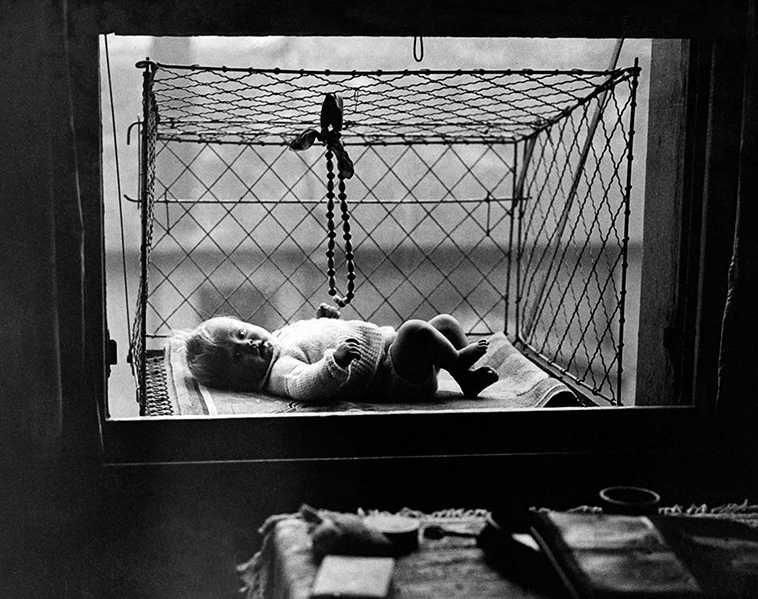