Here’s something you don’t see every day: a typewriter that hammers out musical notations. Made for use with music staff paper, the Keaton Music Typewriter was first patented in 1936 by San Francisco’s Robert H. Keaton for use by composers, arrangers, teachers, and students. 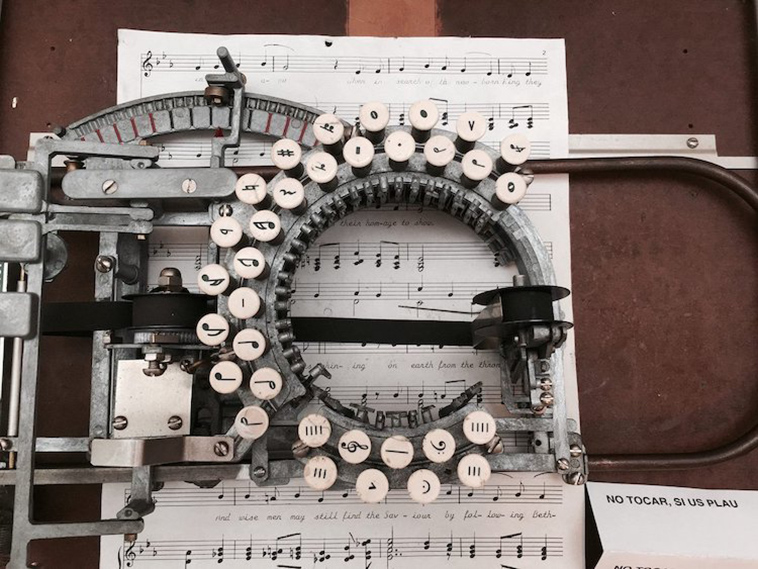 Besides its unusual purpose, the apparatus had a strange shape as well. The initial version which was patented in 1936 had 14 keys in a circular arrangement. The paper was placed below the musical typewriter, instead of loaded from above as was typical for its office counterpart. Marketed in the 1950s and sold for about $255, the machine has a distinct look thanks to its circular keyboard. 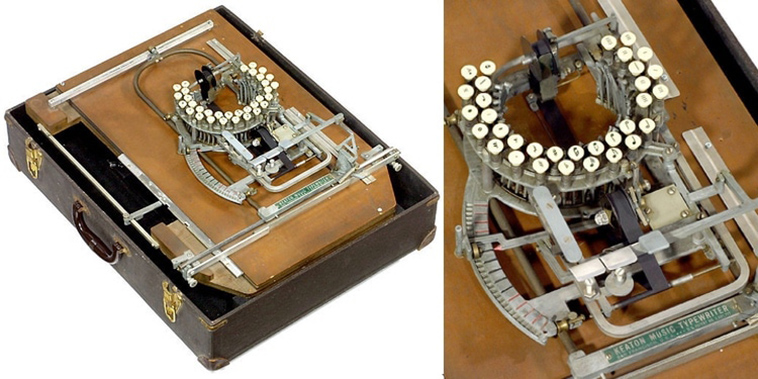 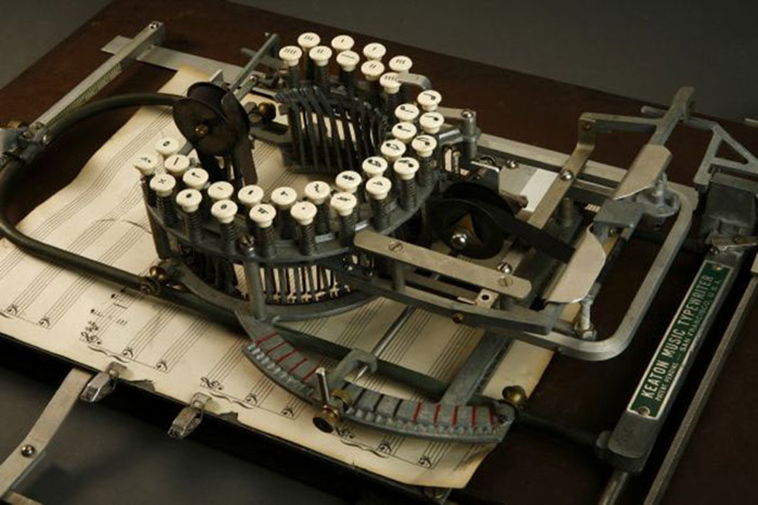 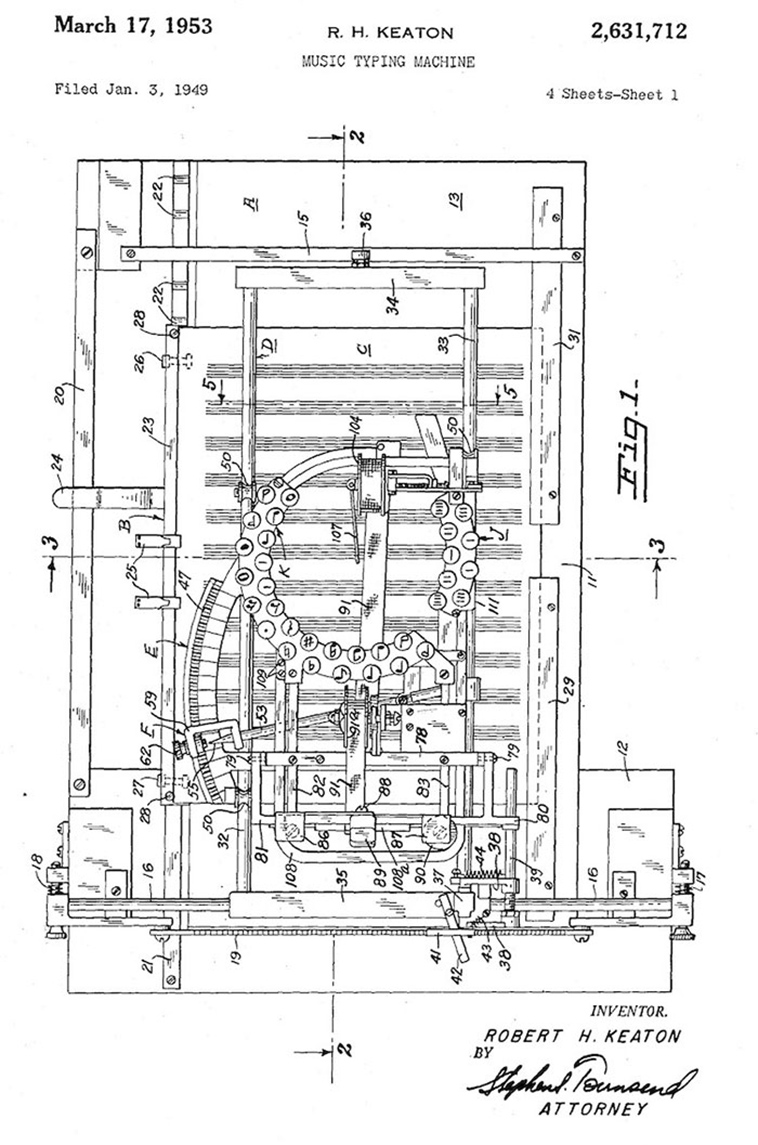 The unique keyboard arrangement was born of a desire to separate two types of characters. “One keyboard is adapted to type one class of music characters such as bar lines and ledger lines, which, when repeated, always appear in the same relative spaced positions with respect to the [staff] lines… and a second keyboard adapted to type another class of musical characters, such as the notes, rest signs, and sharp and flat signs, etc., which may, when repeated, appear in various spaced positions with respect to the [staff] lines,” Keaton wrote. 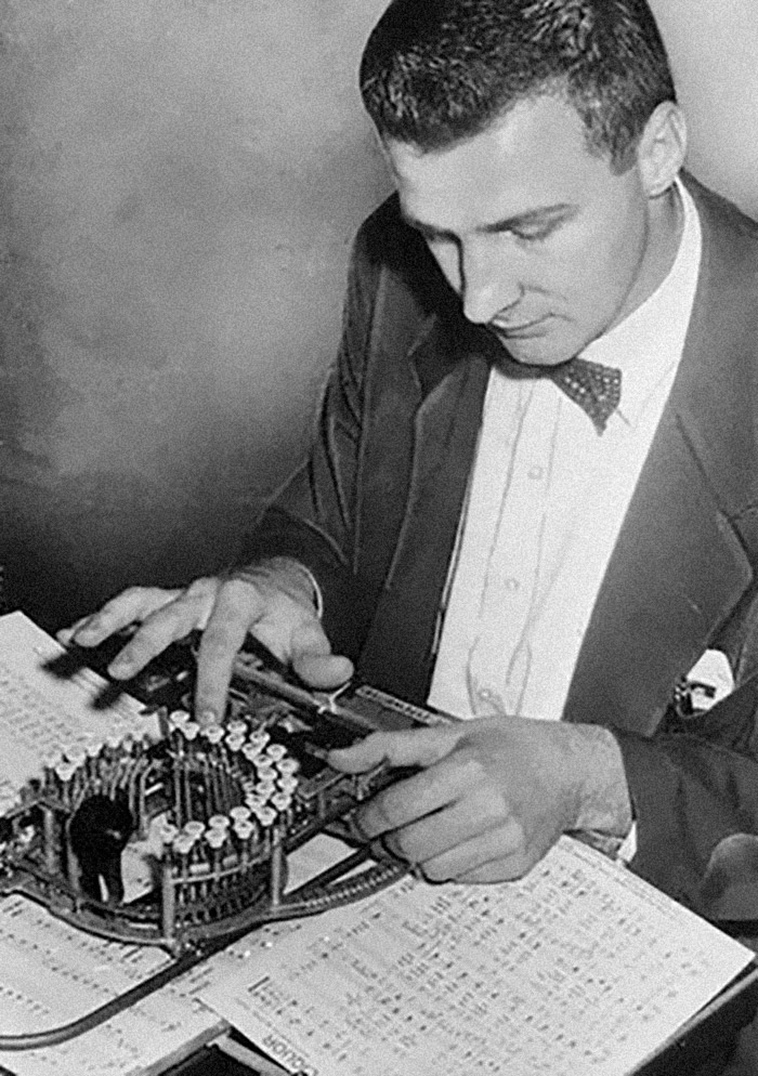 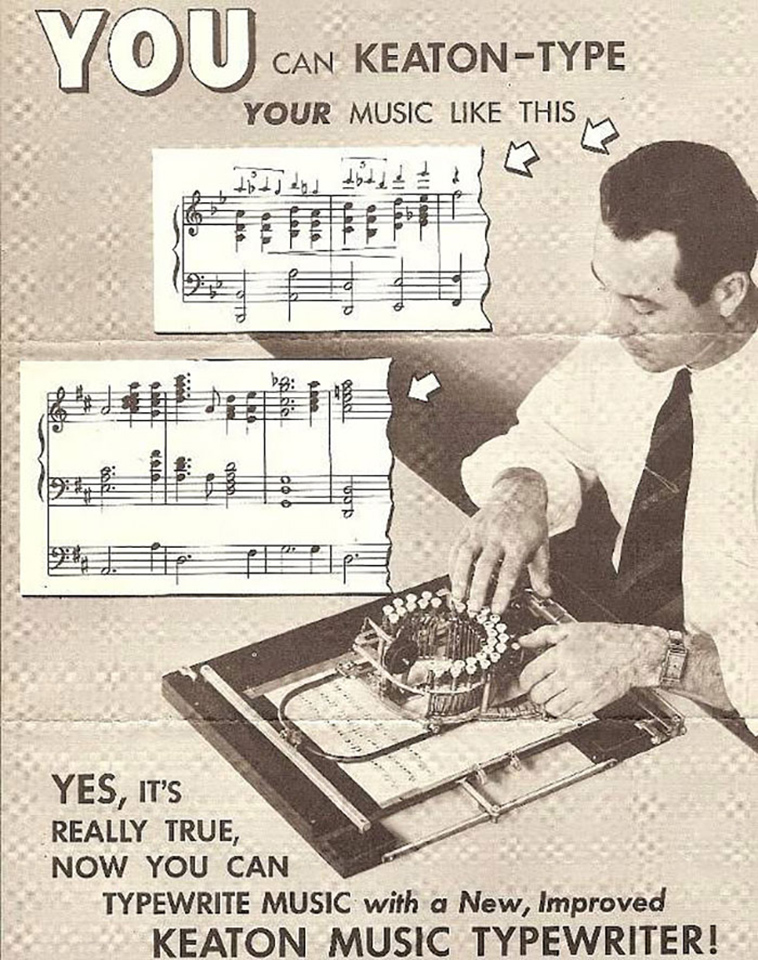 Although it is thought that only about a dozen of them remain in working conditions, sometimes they can found on online auctions selling for around $6,000-$12,000.