Ron is a kitten which is extraordinary owing to its ability to calm patients visiting the vet’s clinic. He was rescued as a stray in the streets of Colorado and was taken to the Northfield Veterinary Hospital, when he was scared initially. Eventually, he got familiar with the surroundings and started interacting with the other animals around and comforted them.

Any dog or cat that would approach the clinic would be comforted by Ron, who was not at all scared, as per Shelly Sandel, who co-owns the Northfield Veterinary Hospital.

When pets were under anesthesia for dental work, Ron would start cuddling with them to provide body heat and would also groom them when they were sleeping.

After having spent three months in the clinic, he started behaving as if he was an employee and wanted to see patients. Jen Weston, the co-owner of the clinic, started publishing his photos on Facebook. However, he had to move out as a family who had an old dog adopted him.

Ron is the kitten with the superpower that can calm patients at the vet’s clinic. 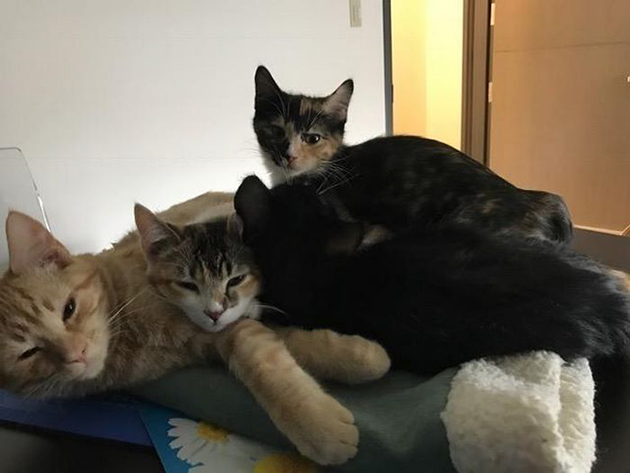 He was rescued from the streets of Colorado as a stray dog. 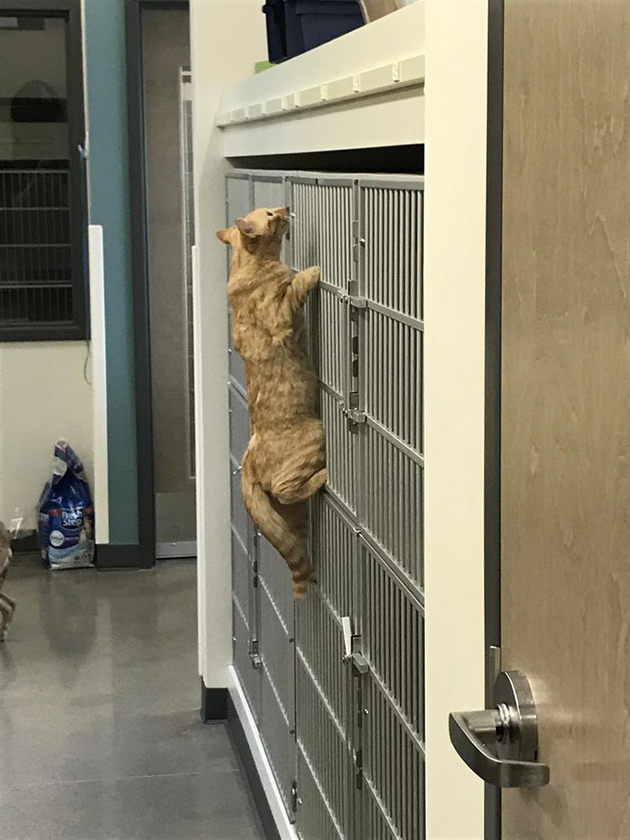 Within no time, he started to interact with other pets at the vet’s clinic. 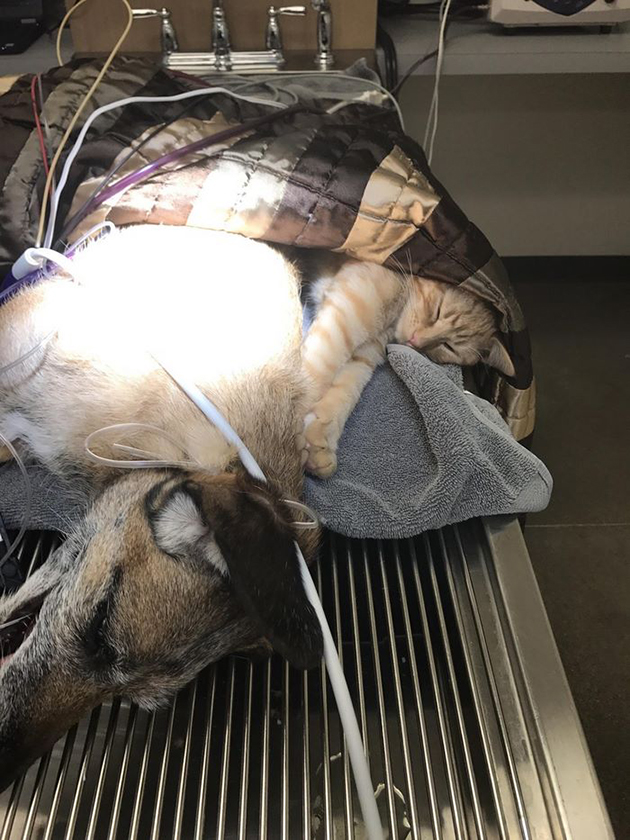 He considered himself to be an employee and made sure that all patients were okay. 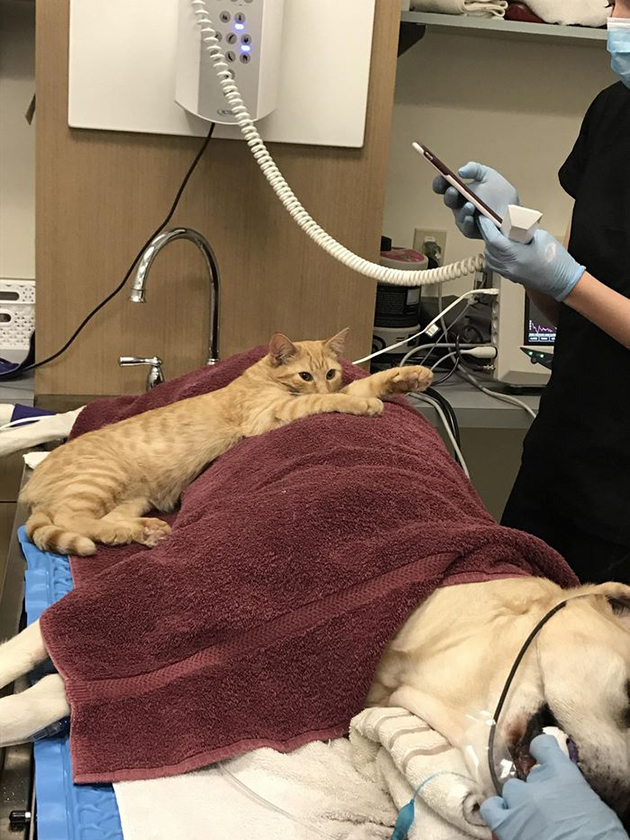 He cuddled up with them and even groomed them! 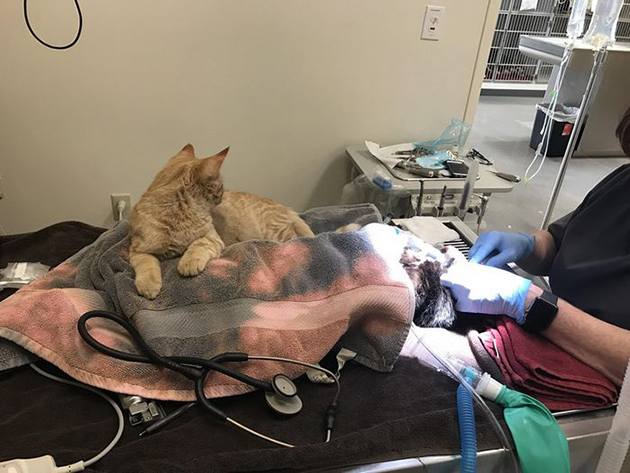 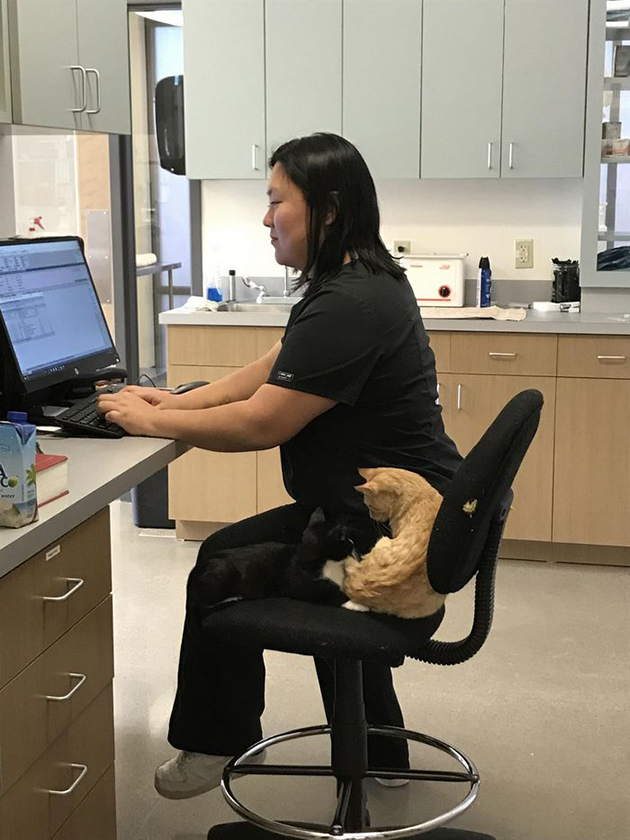 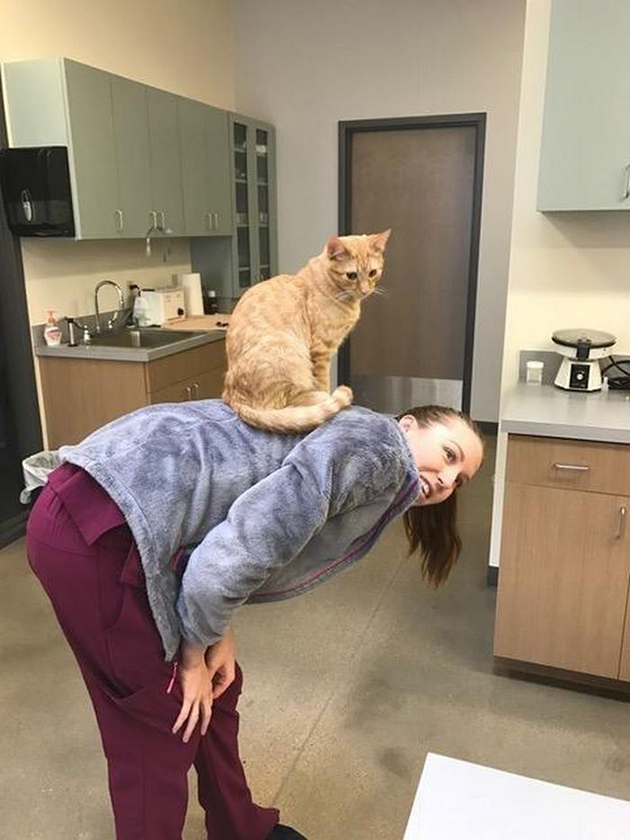