It’s sad that in today’s world of high tech law enforcement that we still have animals that are getting abused. 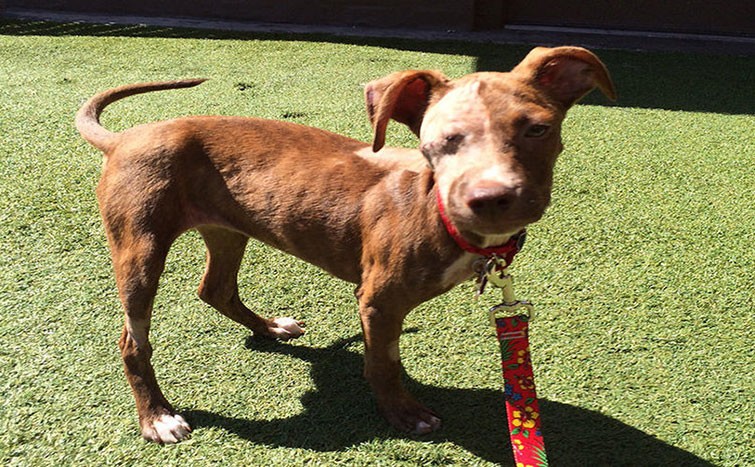 A lot of people though assume that abused dogs are aggressive and can never show love again. 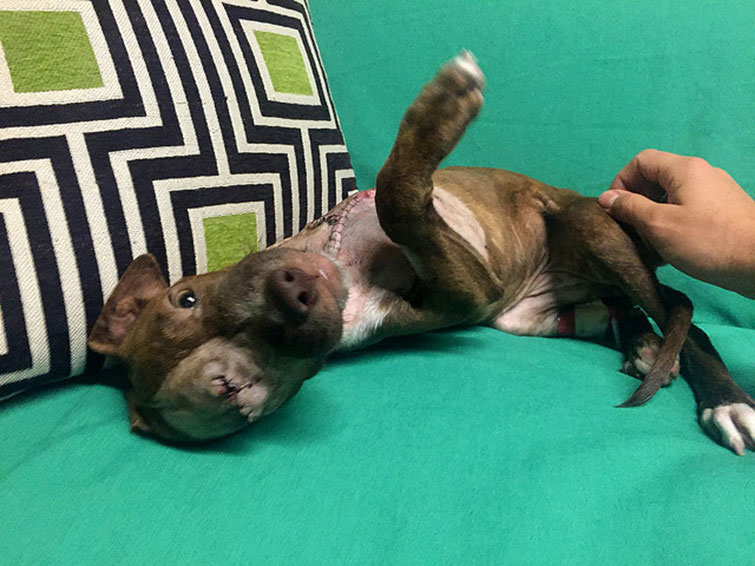 This is not true. Kayla is a puppy rescued from Mexico who was abused at the hands of a human.  She now misses a leg and an eye. 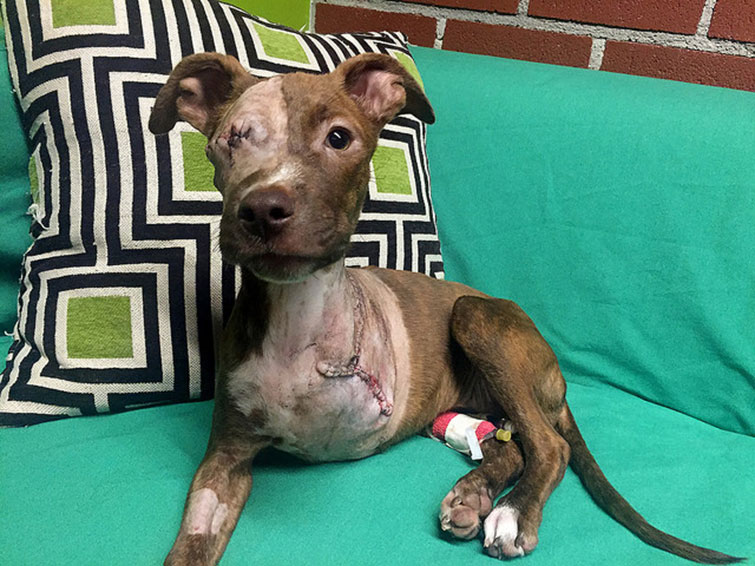 Despite this Kayla cuddled up to her rescuers and has shown nothing but love since being rescued.  Kayla has a very happy spirit and still perks up when her name is said. Most of all, she loves being rubbed on the belly. 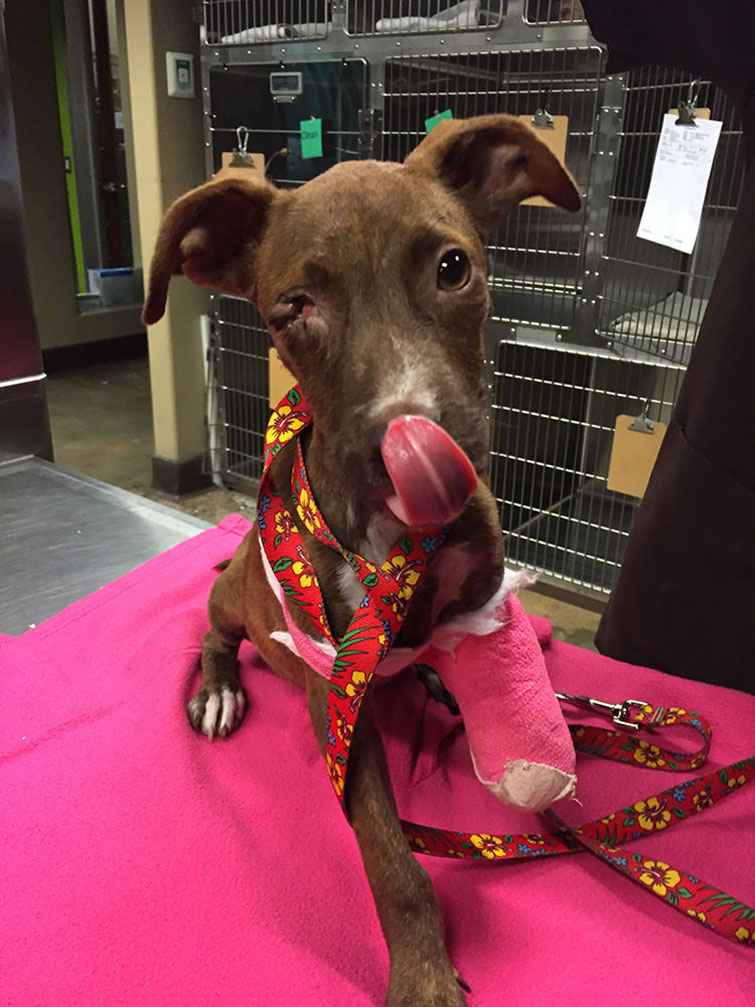 She manages to still stay happy despite all that she has been through. Originally when found she still had a broken eye and half of a leg. Due to the severity of the injuries though she needed to have both removed. 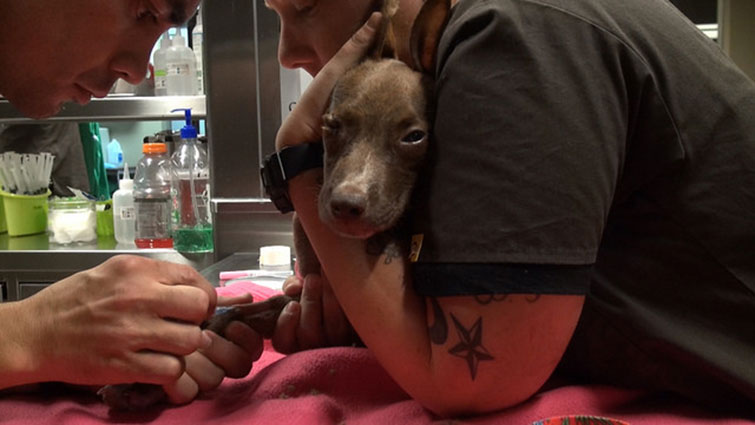 When an animal doesn’t stop after this kind of injury we should find it inspiring.  It should show us that we should never give up. Hope For Paws animal rescue shelter will continue to care for Kayla in Los Angeles California. You can donate to Kayla and other pups like her at the Hope for Paws website. 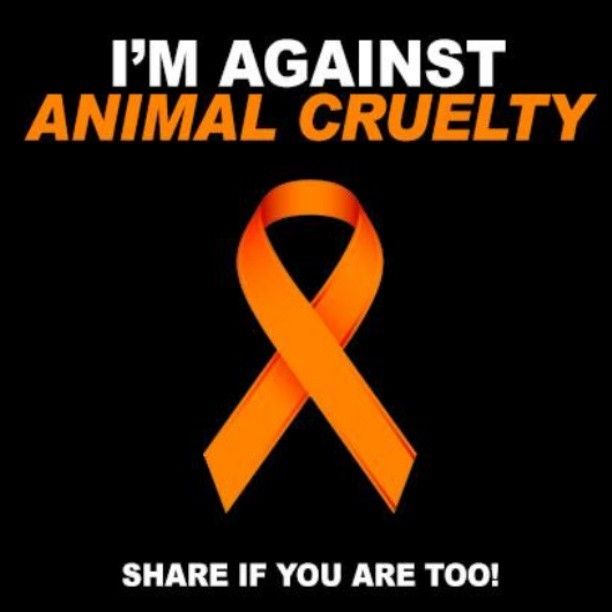