Howard Carter, an archaeologist, and Egyptologist were hired in 1907 by George Herbert, who was the 5th Earl of Carnarvon and was given the responsibility of looking after the excavations happening in Egypt Valley. Howard Carter was responsible for recording and documenting all the discoveries that happened.

As he dug continuously for years together, there was little he could find and hence, his employer Lord Carnarvon gave him a deadline that he had only more digging season before which funding would stop for his excavation.

Carter became desperate and went to a site he had previously dug and started digging it all over again in a bid to discover something.

Finally, on November 2nd, 1922, he discovered a step that was carved to a rock. When they went ahead and dug it, they found a whole new staircase. On 26th November, Carter along with Carnarvon breached open a corner of the doorway and looked inside.

They had finally discovered the tomb were Tutankhamun was put to rest, the boy who ruled Egypt from 1332 to 1323 BC. Although it had been raided twice by robbers, the tomb was still intact and the sarcophagus along with the mummified remains was left untouched.

It was cataloged, recorded, and documented over the next eight years, where each object was removed carefully. All the photographs captured then were colorized by Dynamichrome for their recent exhibition named The Discovery of King Tut, which was held in New York. It had all the replicas and reconstructions that were done precisely like the originals that were found. 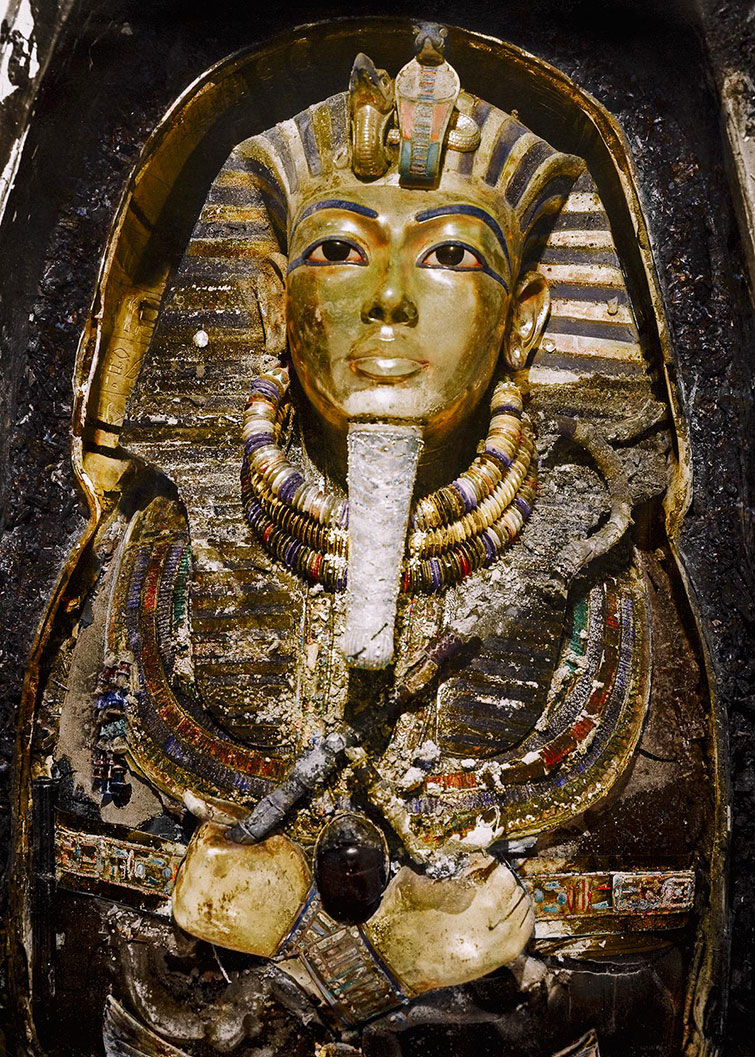 Howard Carter, Arthur Callender, and an Egyptian worker open the doors of the innermost shrine and get their first look at Tutankhamun’s sarcophagus. 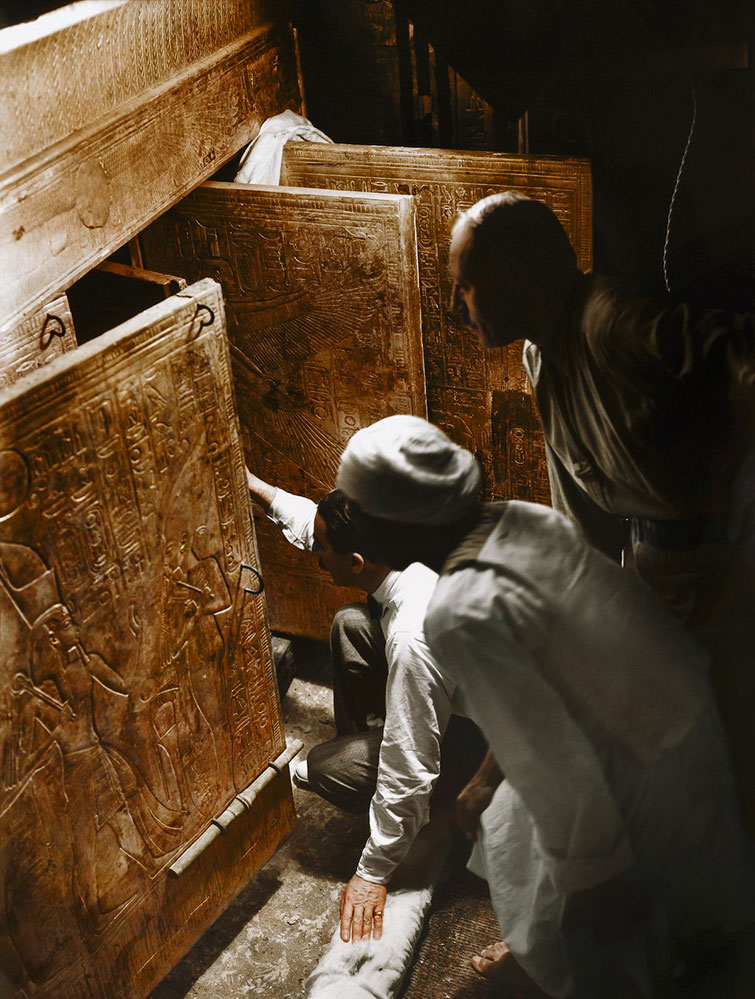 At first I could see nothing, the hot air escaping from the chamber causing the candle flame to flicker, but presently, as my eyes grew accustomed to the light, details of the room within emerged slowly from the mist, strange animals, statues, and gold — everywhere the glint of gold.

A ceremonial bed in the shape of the Celestial Cow, surrounded by provisions and other objects in the antechamber of the tomb. 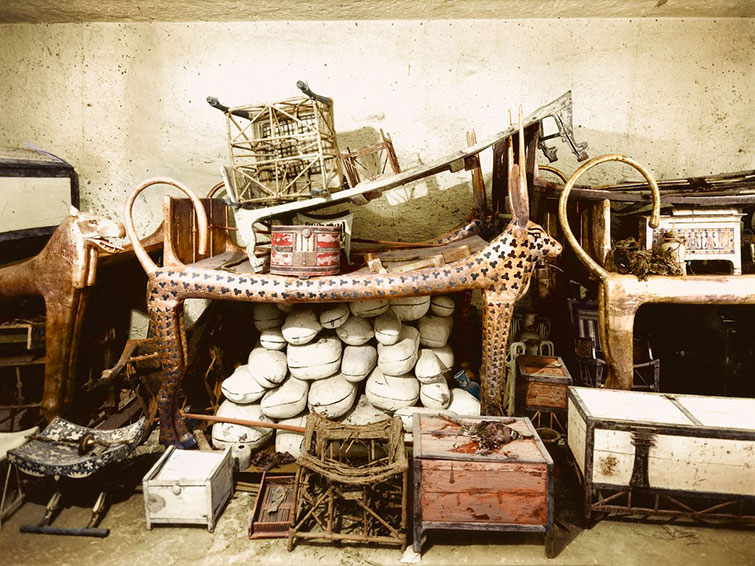 A gilded lion bed, clothes chest and other objects in the antechamber. The wall of the burial chamber is guarded by statues. 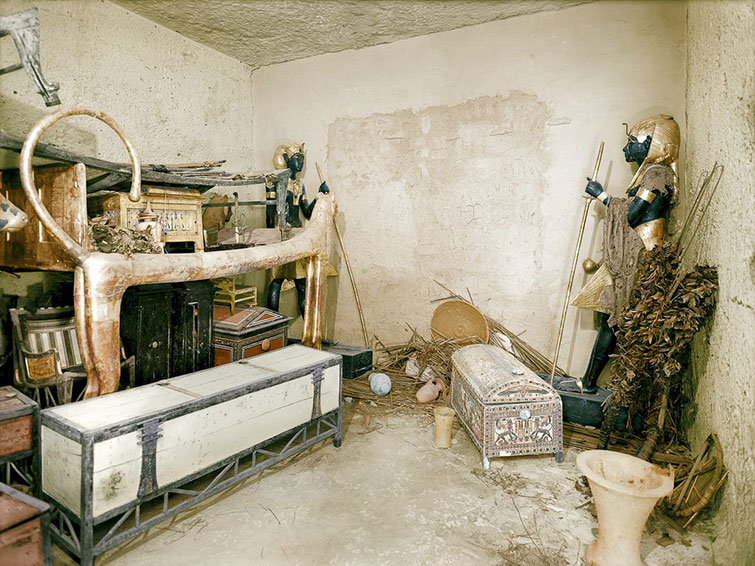 An assortment of model boats in the treasury of the tomb. 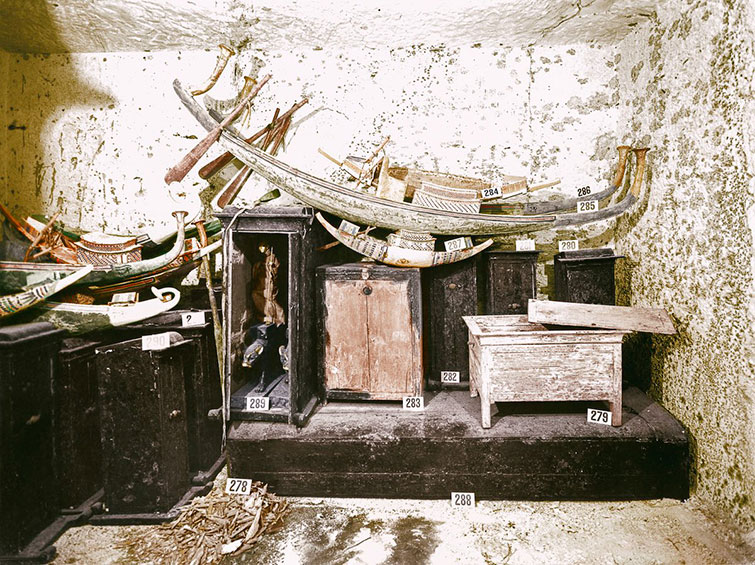 A gilded lion bed and inlaid clothes chest among other objects in the antechamber. 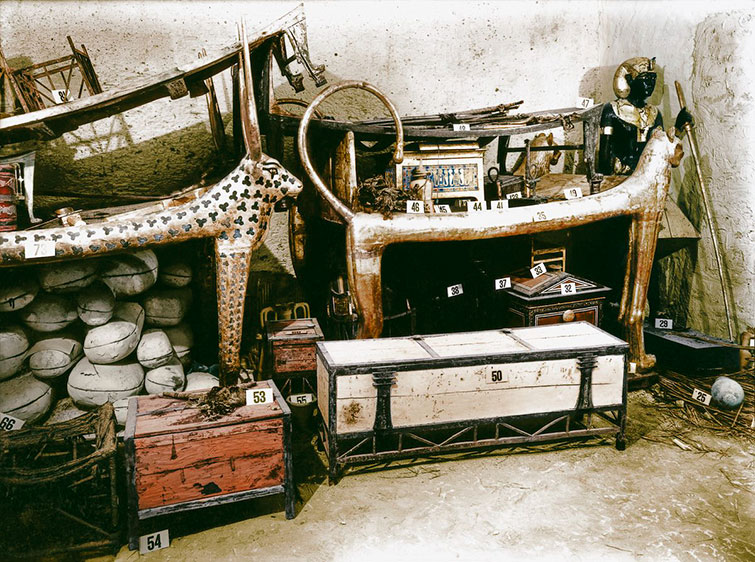 Under the lion bed in the antechamber are several boxes and chests, and an ebony and ivory chair which Tutankhamun used as a child. 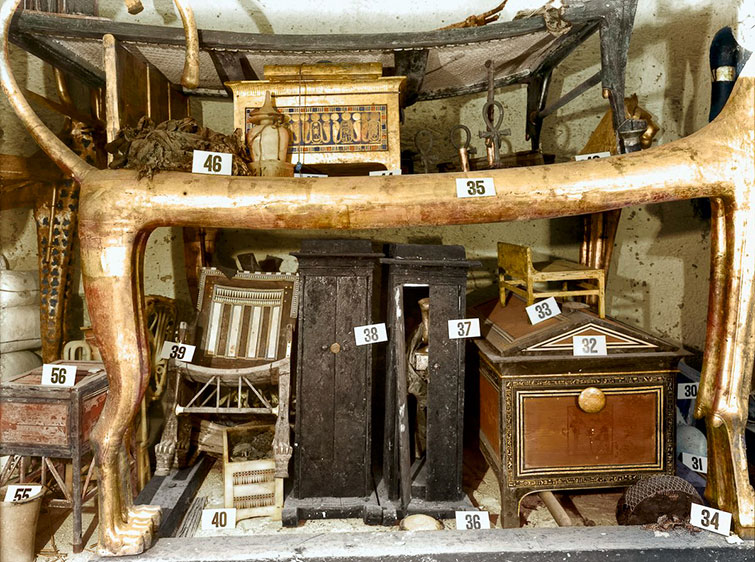 A gilded bust of the Celestial Cow Mehet-Weret and chests sit in the treasury of the tomb. 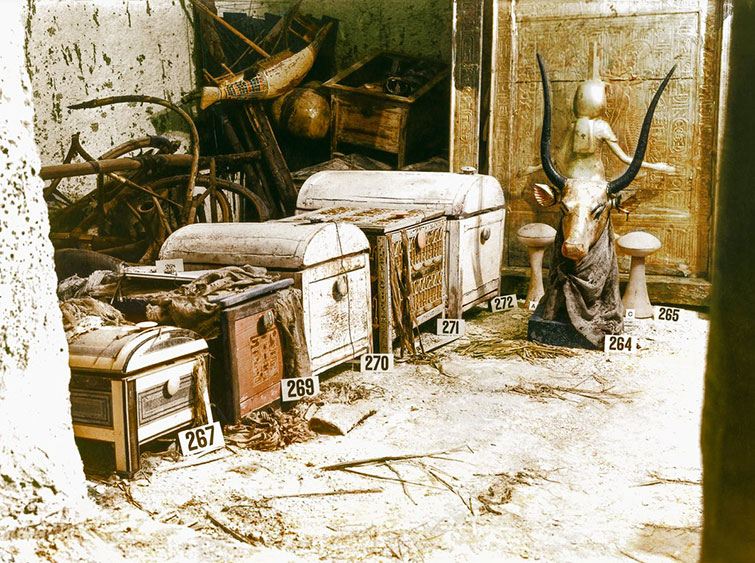 Chests inside the treasury. 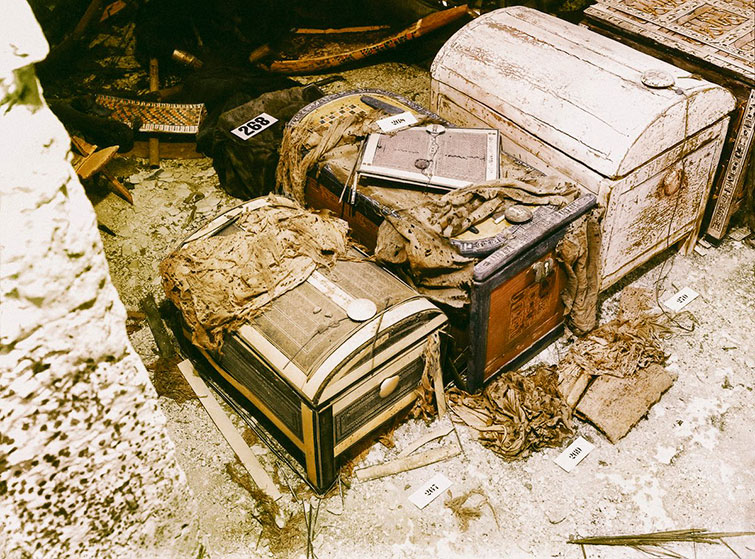 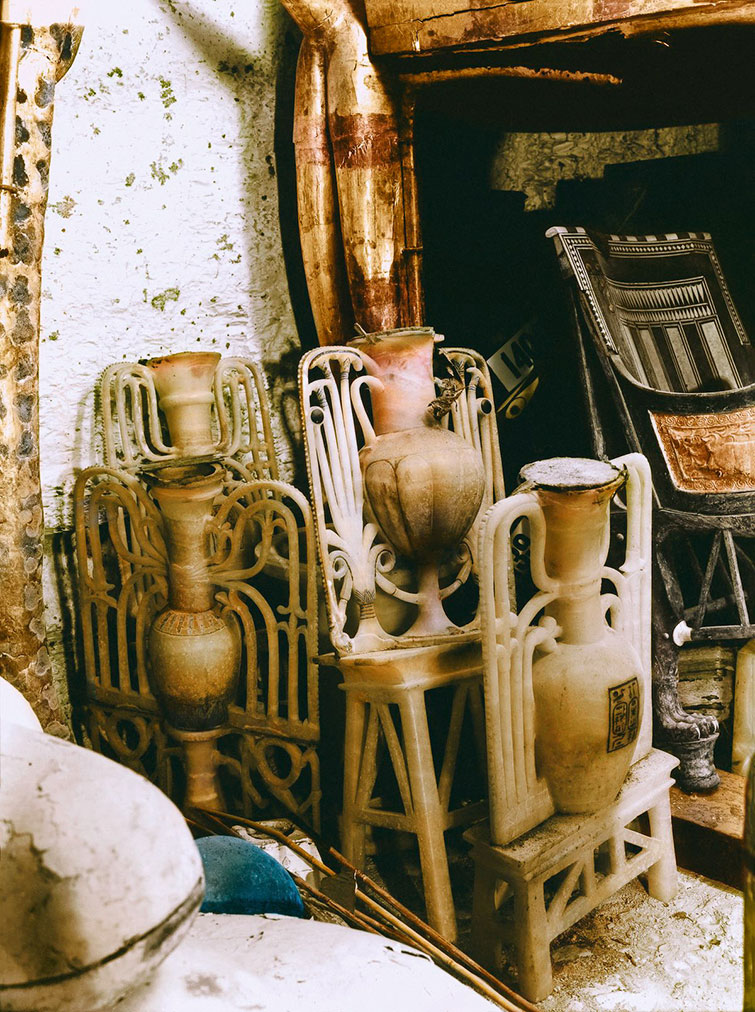