One of the saddest things in nature is that during hibernation, tortoises can become victims to all sorts of attacks. It’s all part of the circle of life. But here is a heart-warming story about how something that is terrible can turn into something fun and happy ended. 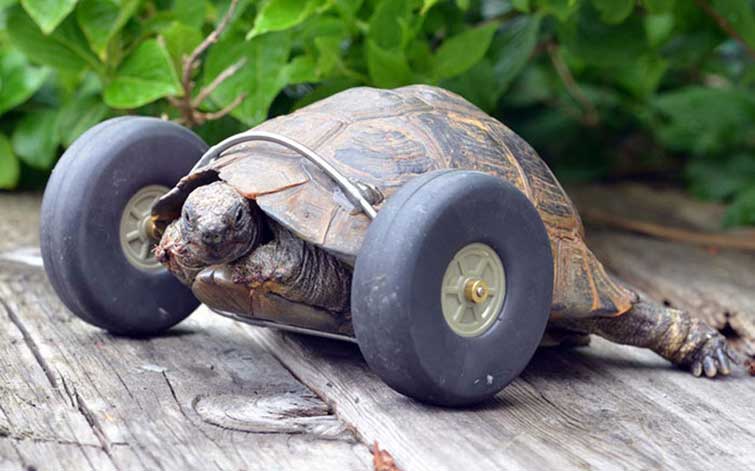 In Pembroke, Wales, Mrs. T. the tortoise was hibernating when the most terrible circumstances befell her; her front legs were eaten away by rats. This is not uncommon. In fact, the oldest tortoise in Britain was killed in 2013 by an errant rat bite.

Mrs. T.’s owner, June Ryder, was obviously devastated at this. She paid £1000 in vet bills to fix her poor beloved pet. Yet there was little to be done – after all, it was not like the vet could give the tortoise new legs.

That is until Ryder’s engineer offspring thought about the problem.

Dale Ryder, the mechanical engineer, had received Mrs. T. as a gift when he was eight years old. Nearly thirty years later, he had the grand plan of making sure she lived to see a happy hundred year birthday – by fitting her with a new set of wheels – literally! 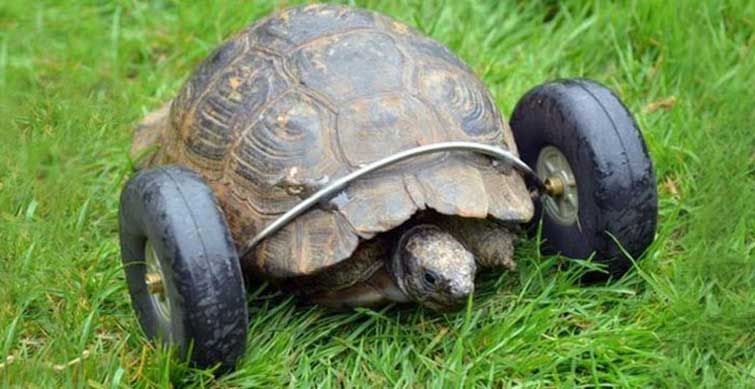 He took the wheels from a model airplane and attached them to Mrs T’s shell – now she goes twice as fast as she ever could before. (h/t: telegraph.co.uk) 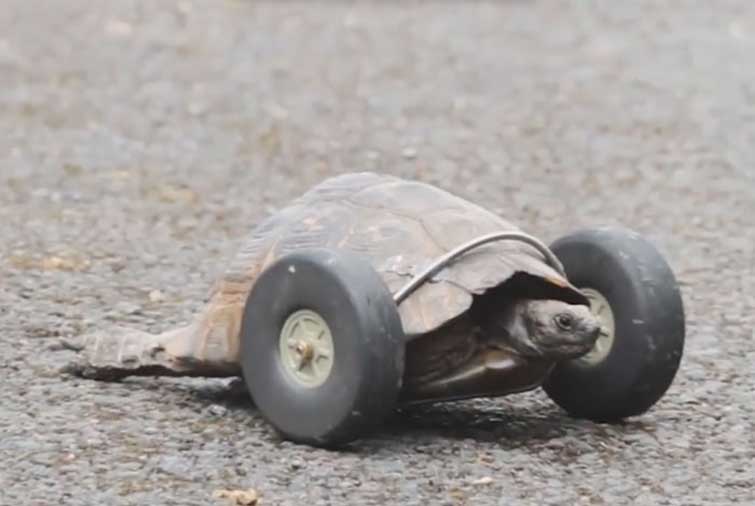