Every night, he gets a completely different one.

One night over this past summer, Chris Newsome came across a little toad that was sitting on his porch. He discarded it, but then it kept on happening, and he became quite curious.

“I noticed that the same toad kept coming to my porch every night”, Newsome said. 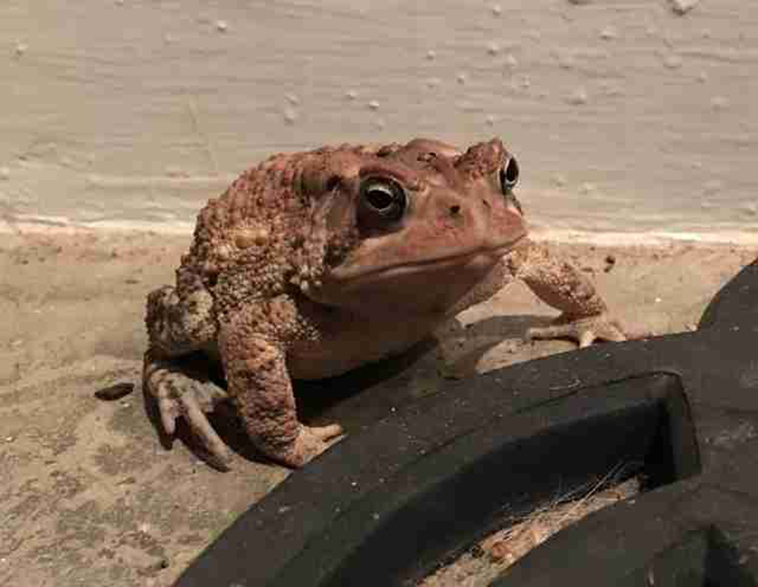 Newsome quickly became enamored with the little toad and he decided to do something special for him- so he made a custom hat for is buddy. “I decided to lend a helping hand and help the toad out

“I decided to enter the world of toad millinery and just lend a helping hand to the guy”, Newsome wrote in an Imgur post. “I felt like foam paper was friendly to toads” 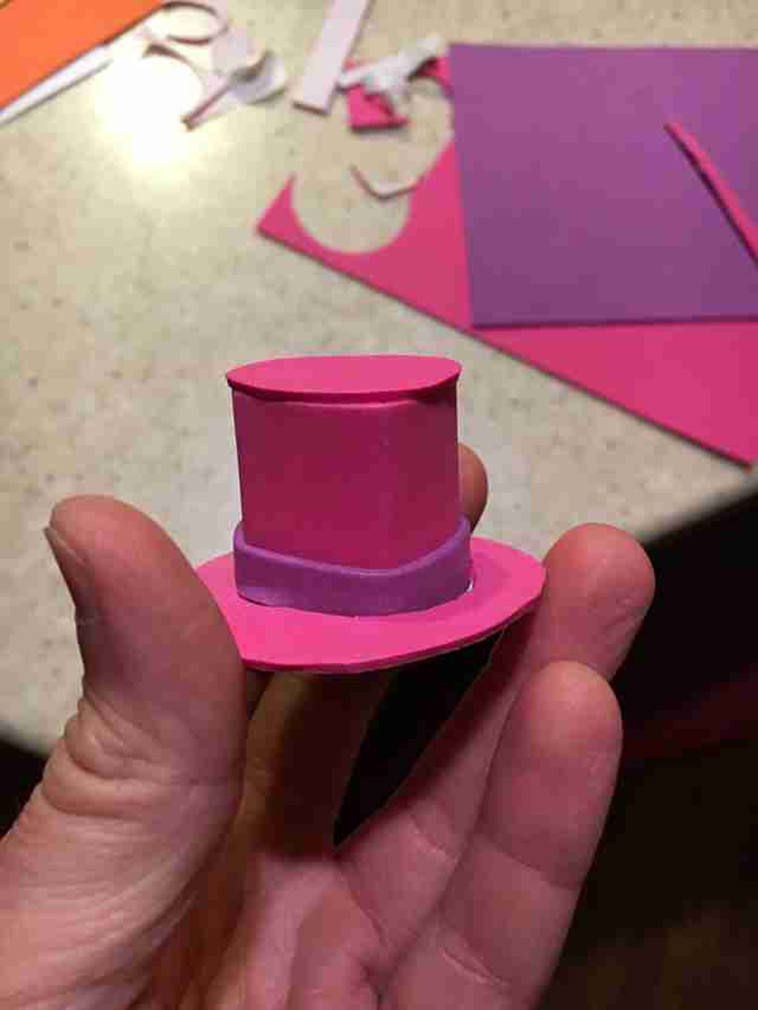 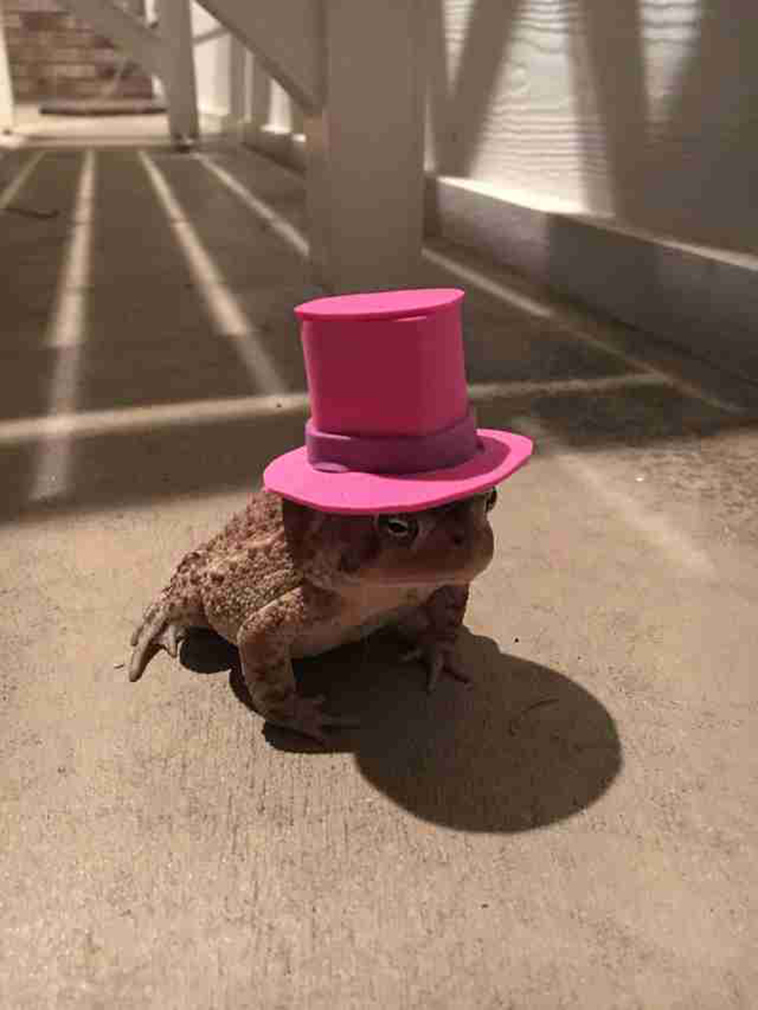 …however, he felt like there was still something missing and he went back to the drawing board. 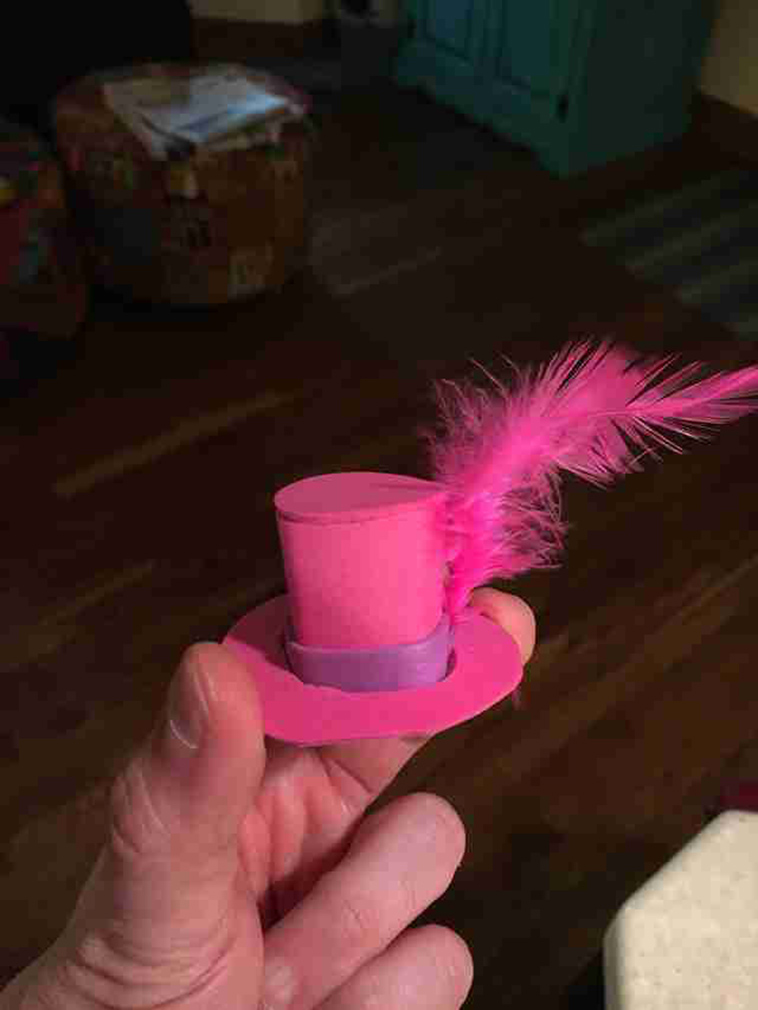 …eventually, he found a way to make the hat even swankier. 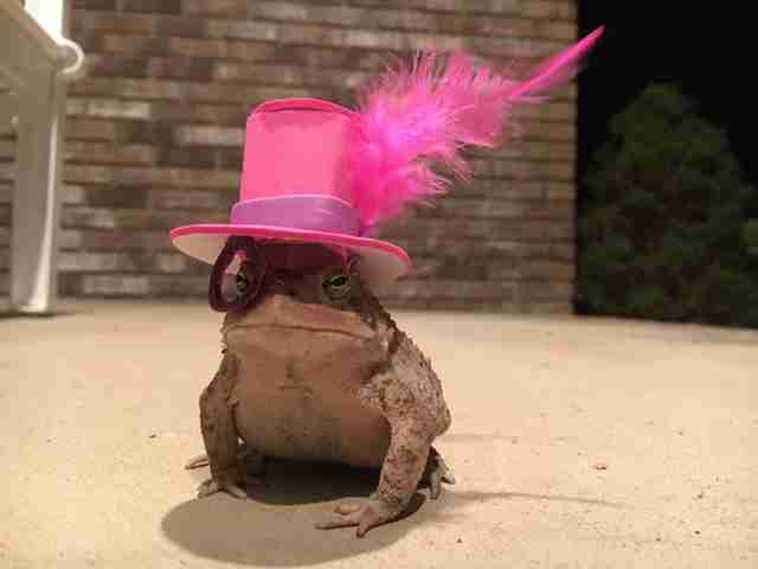 When he was done with that, he didn’t relent. He continued to make hats for his toad friend every night and by some miracle, the toad always came back. 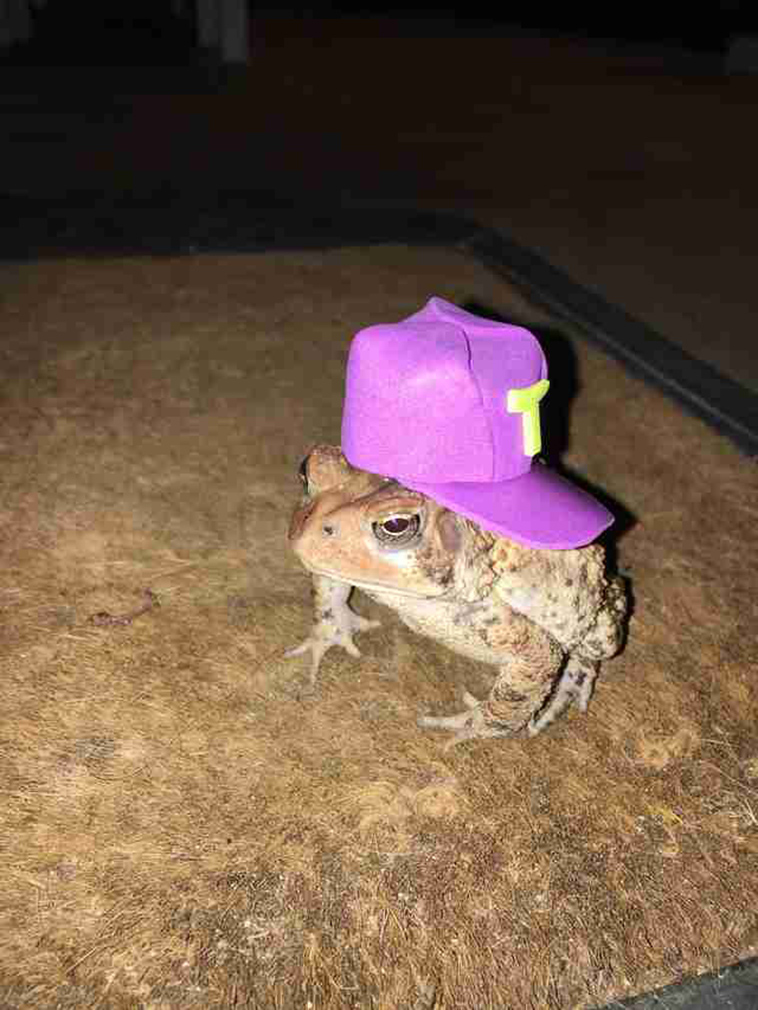 It was obvious that the little toad loved his dynamic look, and he always came back to see what new thing that his friend had for him. He really loved his hats… 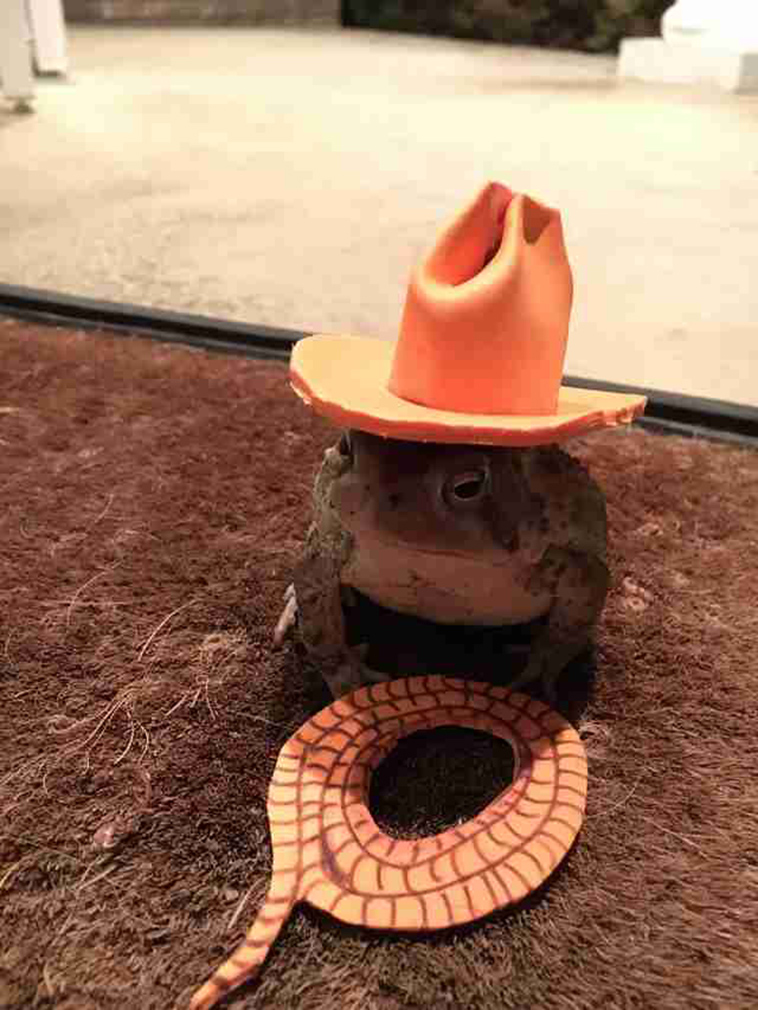 …unlike Newsome’s dog Daisy, who wasn’t really a fan. 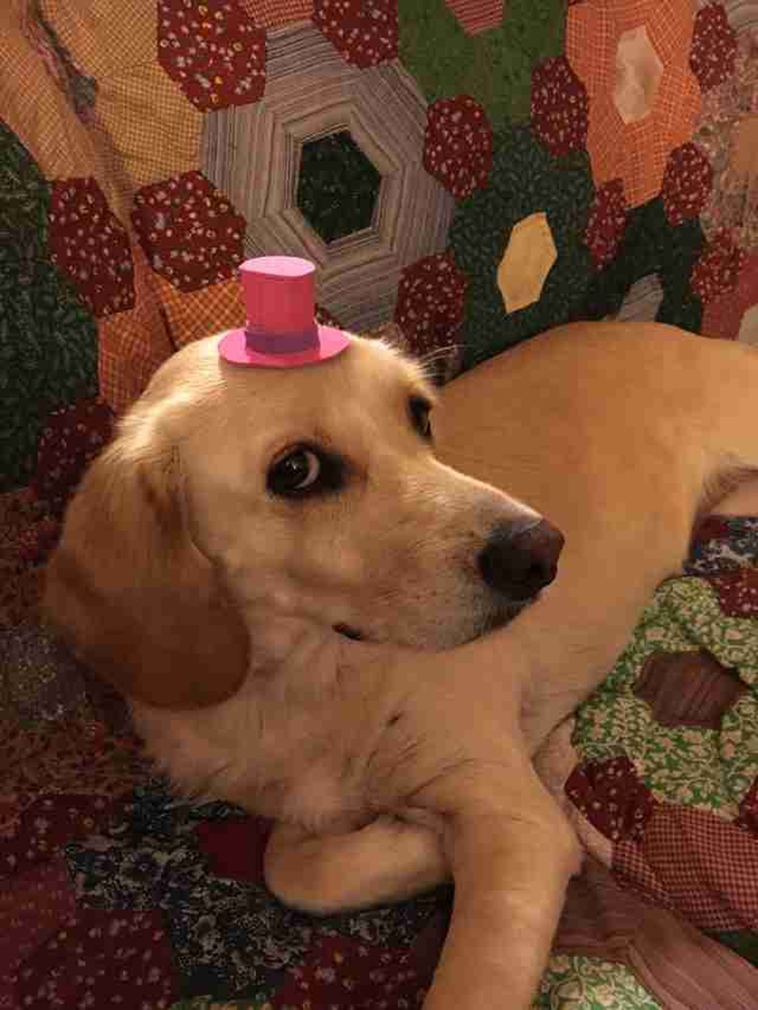