The RMS Titanic has been on the bottom of the Atlantic Ocean for more than 100 years. When it sank in the year 1912, it killed thousands of its passengers while leaving behind around 700 survivors. In 1985, the ship’s wreckage was discovered underwater and it has been studied by scientists ever since. Not only that, numerous fictional interpretations of the event have also been made into books and movies. The most famous adaptation is the 1997 James Cameron movie “Titanic.”

The Titanic endured a lot of punishment when it first sank underwater. With all those years being underwater, the Titanic has taken some additional damage from the bacteria that live in the water. This particular species of bacteria has continuously been eating away at the ship. In the next 20 years, scientists believe the ship will be eaten away completely with no trace of it left behind.

Canadian scientists of Dalhousie University discovered the bacteria back in 1991 after samples of rust and icicles were taken from the ship. The head scientist of the expedition determined that these samples contained a unique kind of bacteria, which was named “Halomonas titanicae” after the ship’s name. 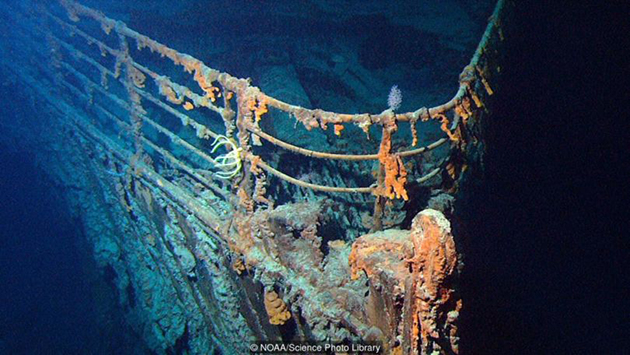 The Titanic had been able to survive for so long underwater because of its pitch-black surroundings. No underwater lifeforms were able to damage the ship for this reason. However, the bacteria will still be able to take over the ship slowly as it has been doing and it will keep on eating away at the iron of the ship until there is nothing left.