A Bengal tiger named Aasha was only 9 months old and 30 pounds in weight when she was rescued from the circus. The In-Sync Exotics Wildlife Rescue and Educational Center in Texas, which is run by Vicky Keahey, was actually shocked when the U.S. Department of Agriculture (USDA) wanted to move Aasha to Vicky’s facility. 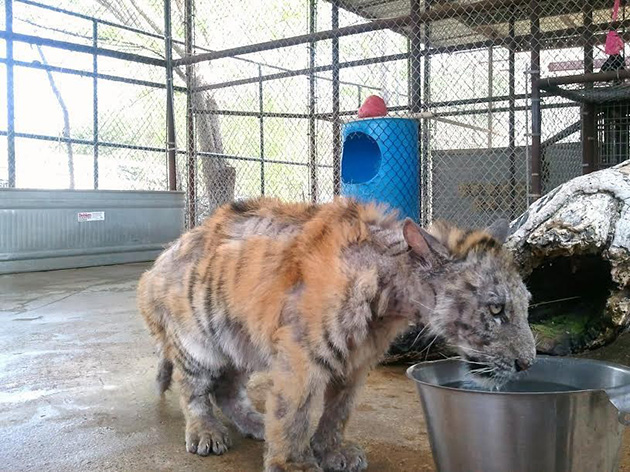 She belonged to a traveling circus and had to share her cage with a larger tiger, which picked on her frequently, thereby leading to the underweight condition in Aasha. 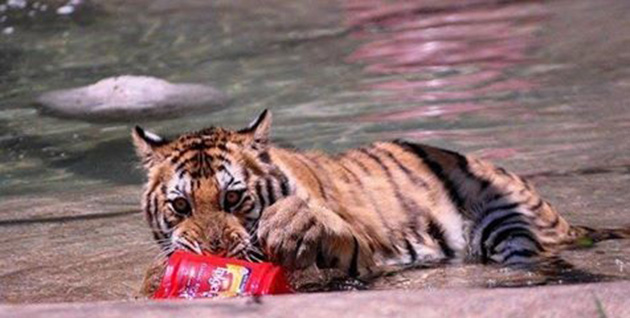 Vicky soon realized that it had ringworm and he nursed her back carefully by attending her twice. Within eight weeks, fur started growing back properly on Aasha and she only started to look bigger and healthier over a period of time. She started appearing like a real tiger: which by itself is actually a great achievement, said Vicky. It was then moved to the cage of Smuggler, which was thrice the size of Aasha.

However, both of them bonded well and eventually, Aasha started enjoying baths as well! You can scroll down to have a look at some of the sweetest pictures of the two! 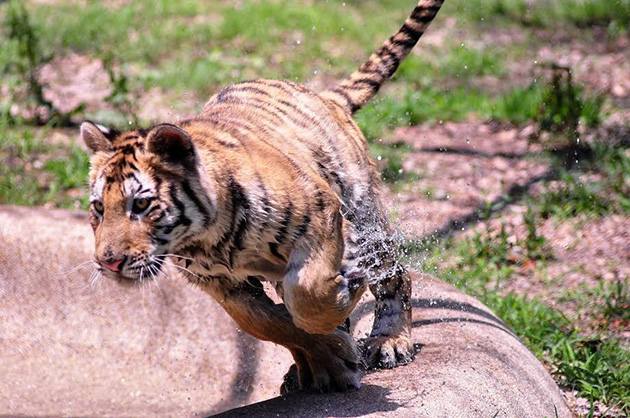 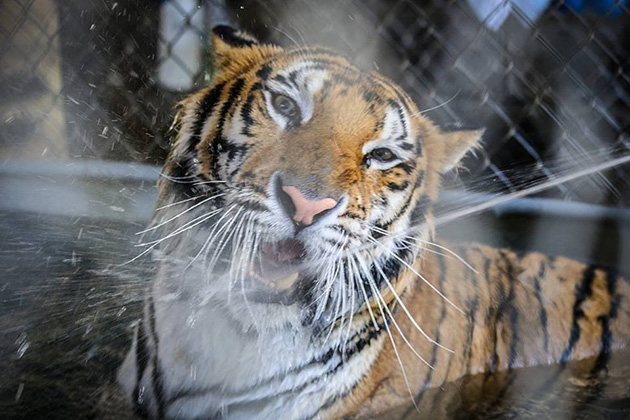 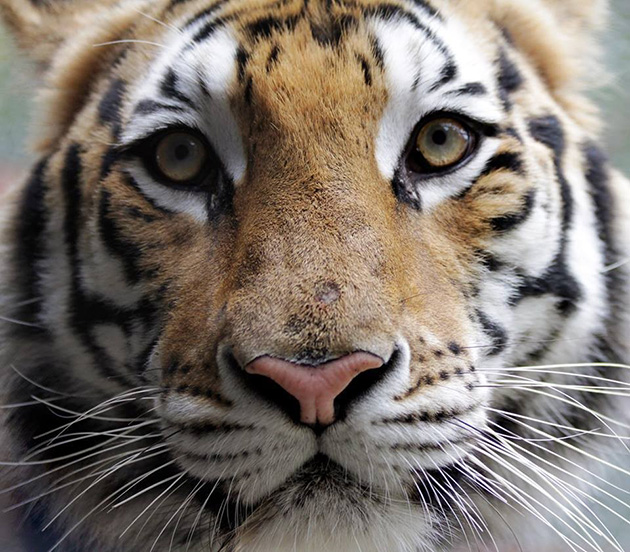 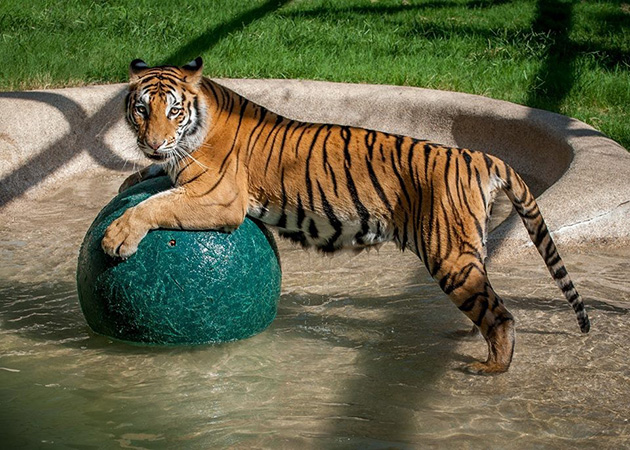 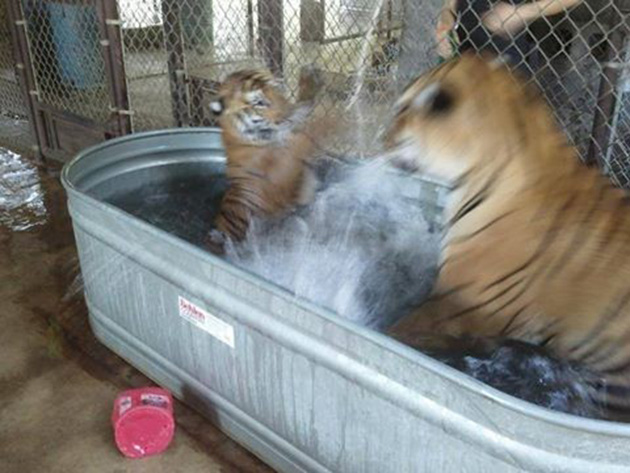 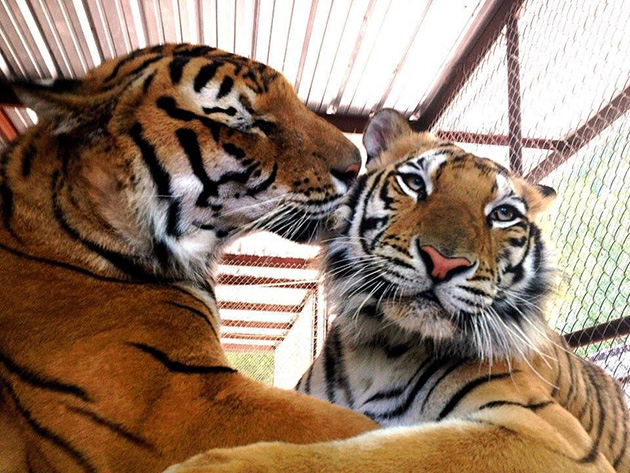 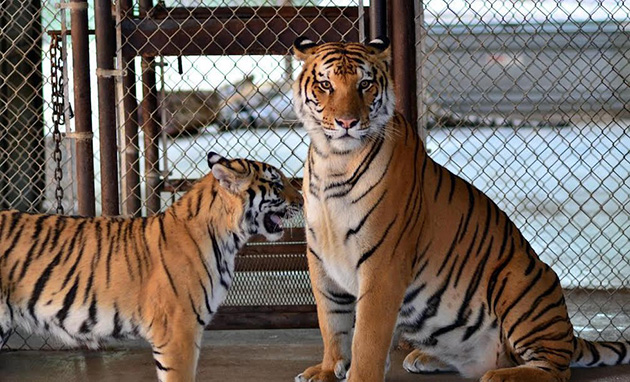 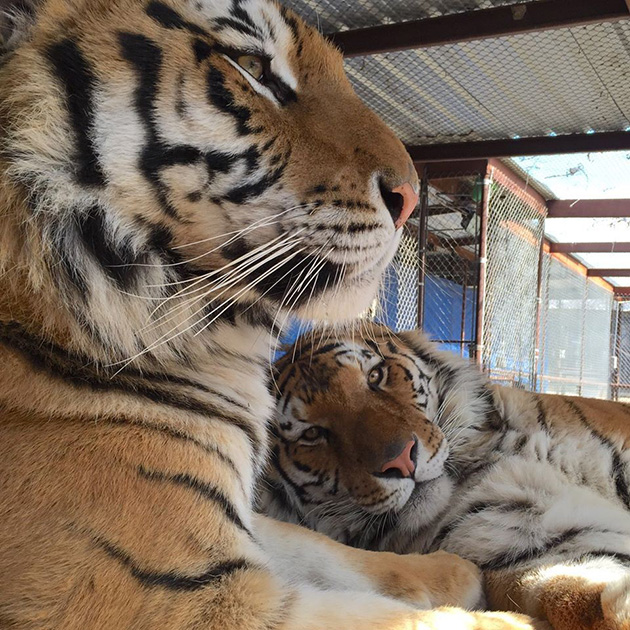 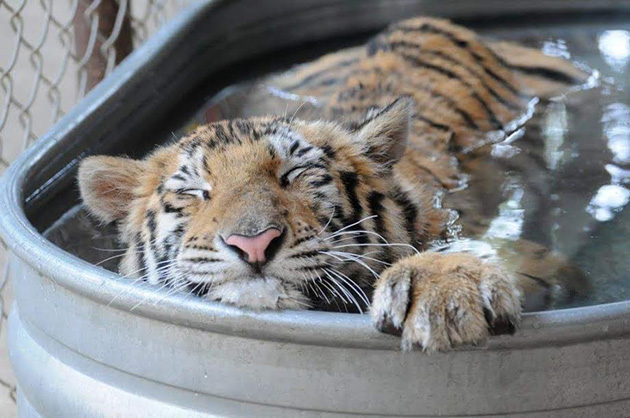 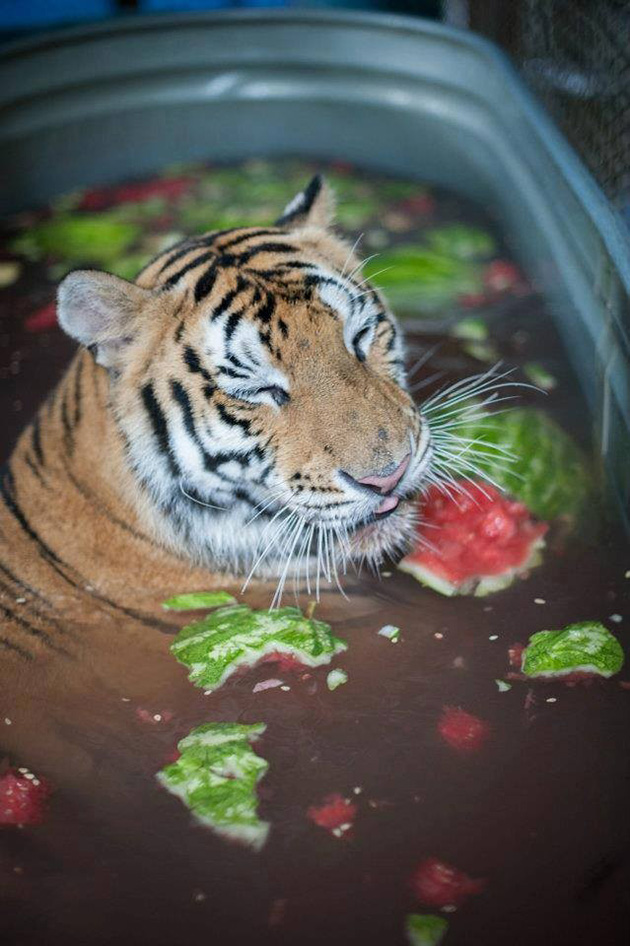 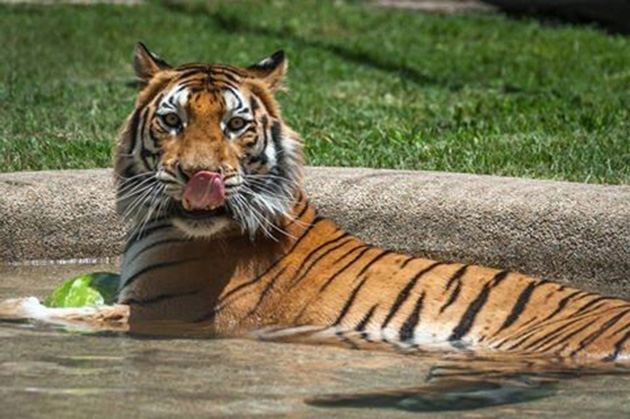 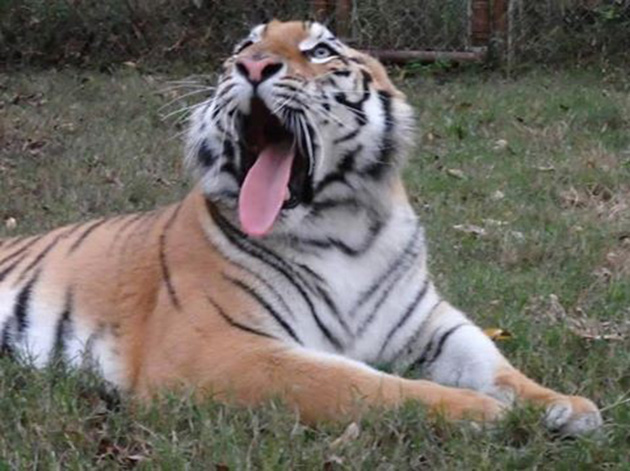