There is one picture, depicting a fierce hunter, posing with his dead capture. Or at least that’s what other people think. It is a photo of filmmaker and producer, Steven Spielberg, posing near an apparently dead triceratops, on the sets of Jurassic Park. A man, named Jay Branscomb, considered the picture hilarious, posting it on his social network account together with a sarcastic observation. In his message, Jay made Spielberg a despicable man, due to his hunting on the poor animal. But instead of receiving laughter, people started to believe the words of Jay, considering the action of Spielberg a violent and gruesome act against animals. 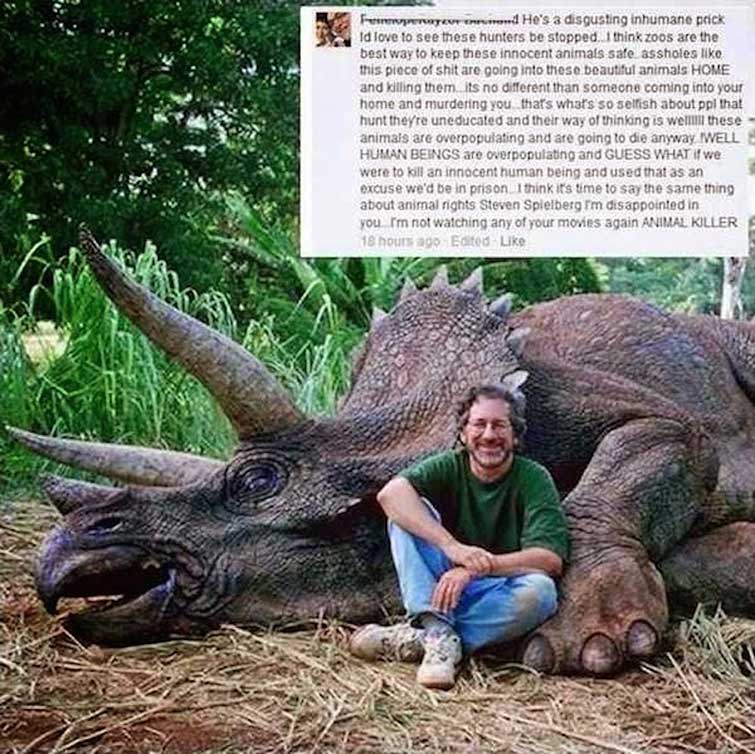 The situation is actually amusing but not because of Spielberg’s photo, nor because of Branscomb remark. But because of the reaction of masses, who apparently believe dinosaurs still exist. Or unless they have another crazy theory in which Spielberg managed to find a way to return in time. He is indeed the direction of many fictional movies, but this is far from being the reality. It is incredible the effect generation on the social networks, of a picture took back in 1993, during the making of the movie Jurassic Park. We should remember that the movie had a huge success because the team managed to create life looking dinosaurs. But they were just robots, good looking ones even, as no one found the real secret of bringing back dinosaurs by just using DNA cells from their bones. 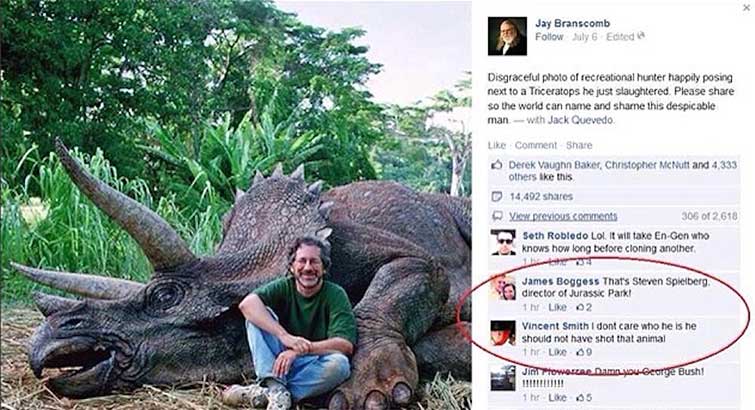 There were a few people out there that saw the joke behind Jay’s caption, and the impossibility of the photo.

“Disgraceful. No wonder dinosaurs became extinct. Sickos like this kill every last one of them as soon as they are discovered. He should be in prison.“

“He should be killed instead. Beautiful creature innocently living millions of years ago then this monster comes along.“

“So great to be part of this magnificent thread dedicated to the extinct species of the world …. Namely our brain cells. Get to work people!! Myself included lol.“