Mankind dreamt of flying ever since thousands of years ago. That dream has happened just before a short while. Samuel Henson and John Stringfellow duo patented a flying car in 1841. Even if they couldn’t be successful with their project, they have started a long and weird story of flying cars. Here is the history of flying cars from 1841 to the 2000s.

William Samuel Henson and John Stringfellow patented this flying car in 1841. But they were never able to build a functional version of their monoplane, which had a theoretical wingspan of 150 feet. 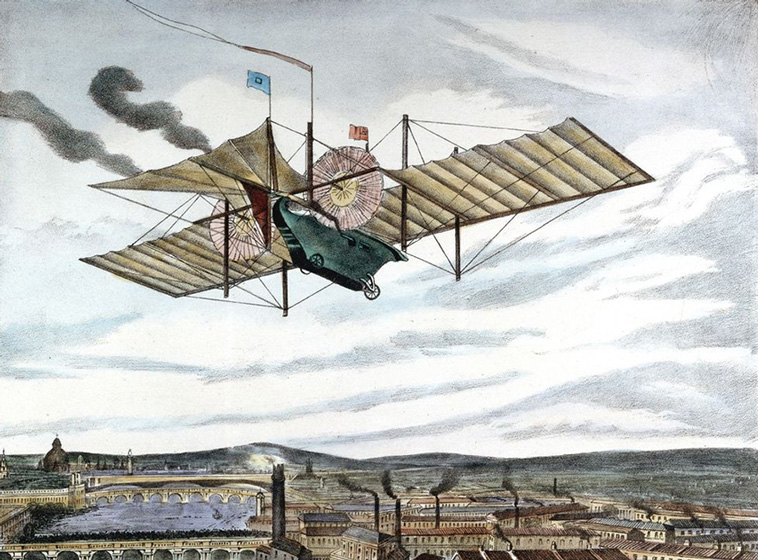 Glen Curtiss’ Aeroplane debuted at New York’s 1917 Pan-American Aeronautical Exposition. The Autoplane had an aluminum body, plastic windows, and a heater for passengers. However, the first World War sidetracked Curtiss and the plane never flew. 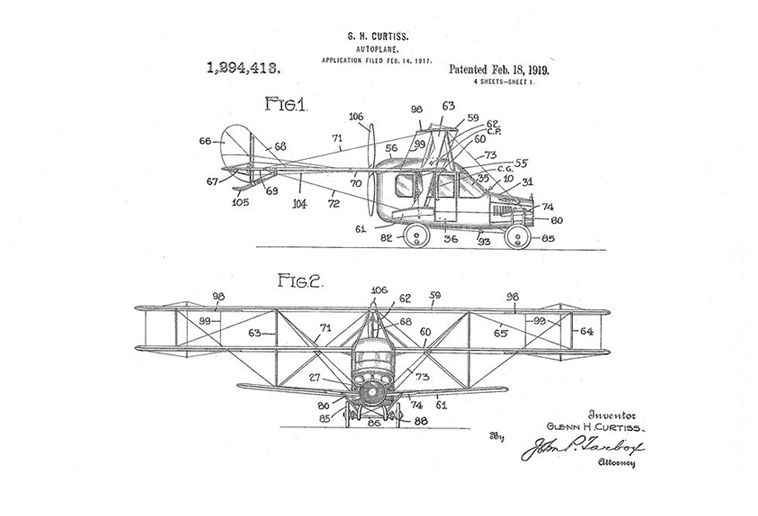 It was the first rotary-wing aircraft to achieve type certification in the United States, and in one promotional stunt landed on the White House lawn during Herbert Hover’s presidency. 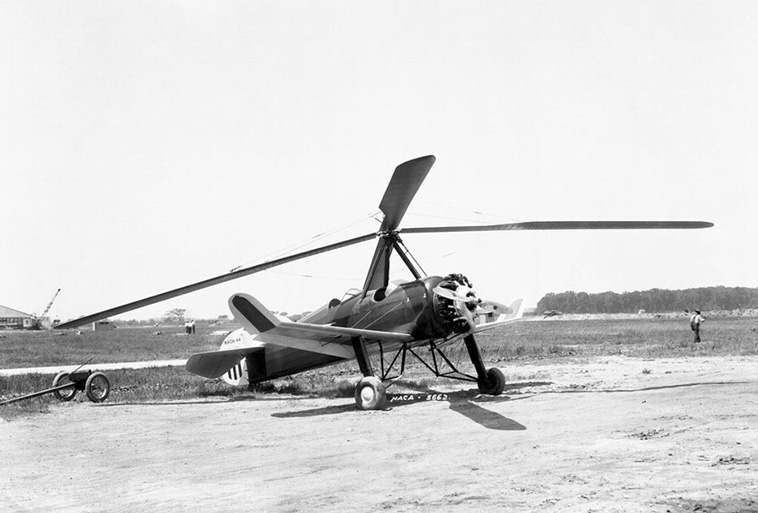 The Invention of A.H. Russell of Nutley 1924

It is a car with wings and a propeller protruding from the radiator grille drives through Times Square, New York in 1924. 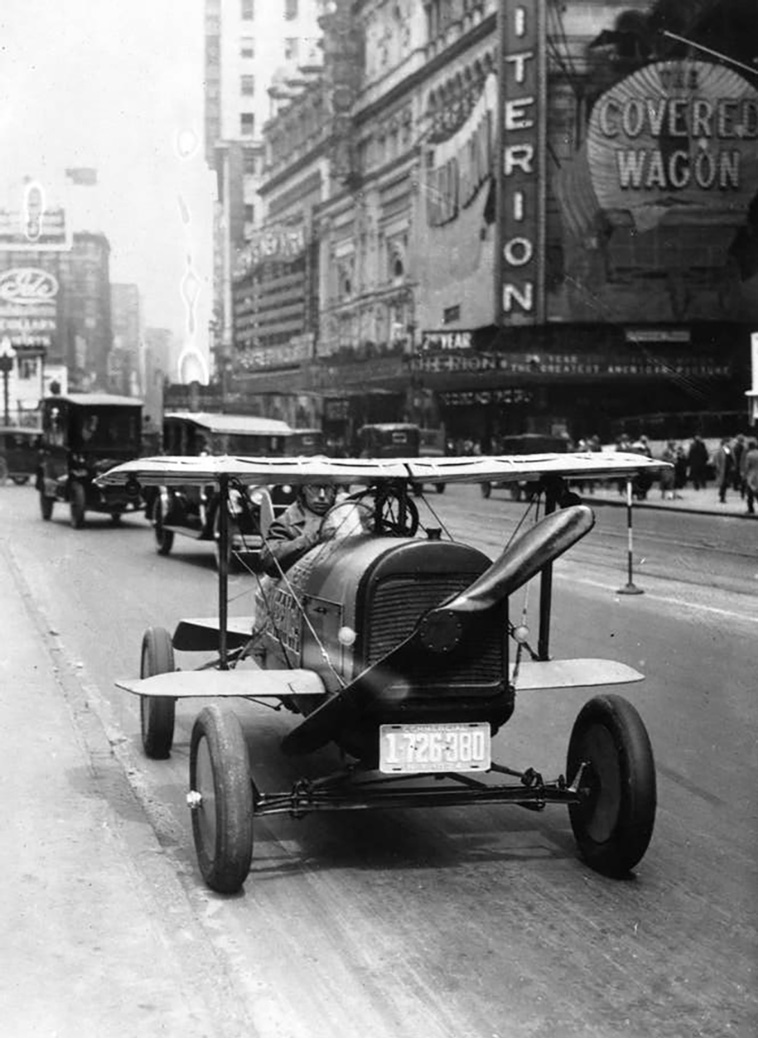 The Flying Car Which Was Invented In 1924 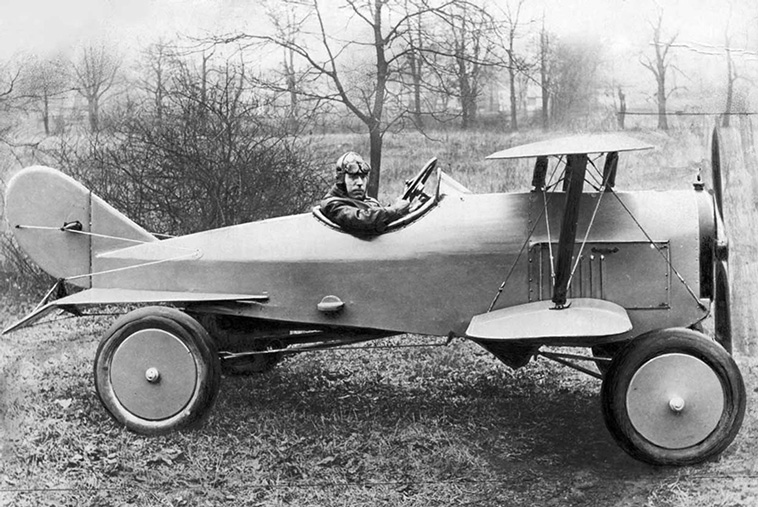 Waterman modified a 6-cylinder upright, 100 hp Studebaker to build this flying car in 1937. 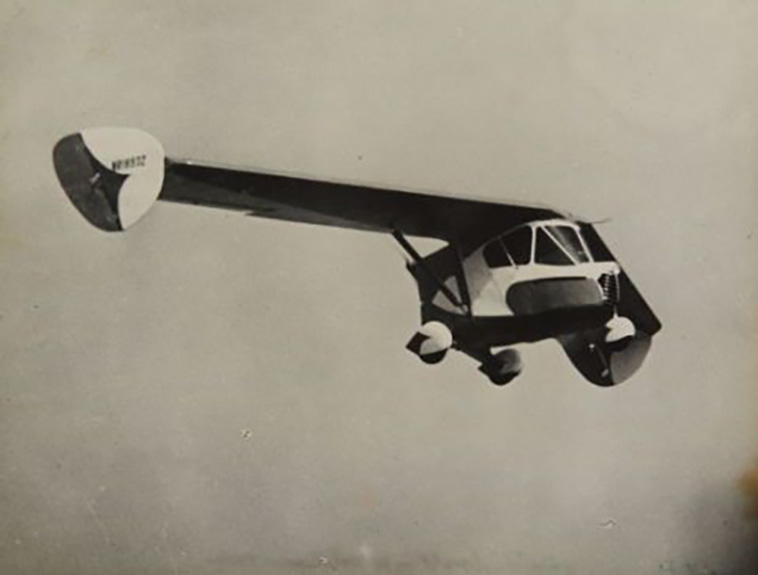 The ConVairCar, Model 118 flying car was not a hoax, as evidenced by this test flight in California in November 1947. Theodore P. Hall designed this creation for the Consolidated Vultee Aircraft Company. 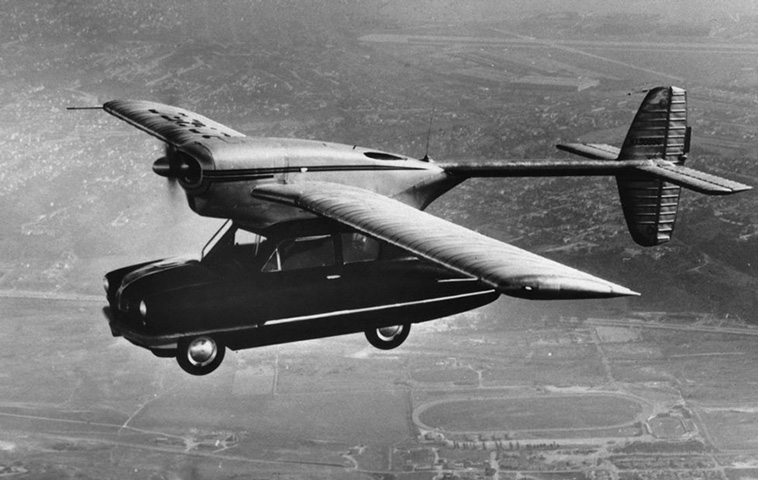 It was converted from car to plane. The car backed into the fuselage, and the propeller fastened to the nose. 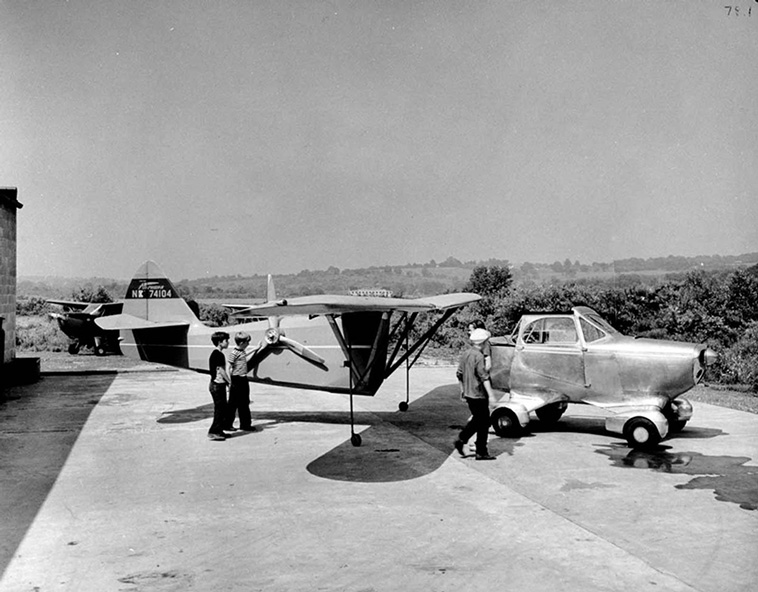 The aerodynamic elements had convenient stowaway wheels that formed their own trailer for road-going travel. 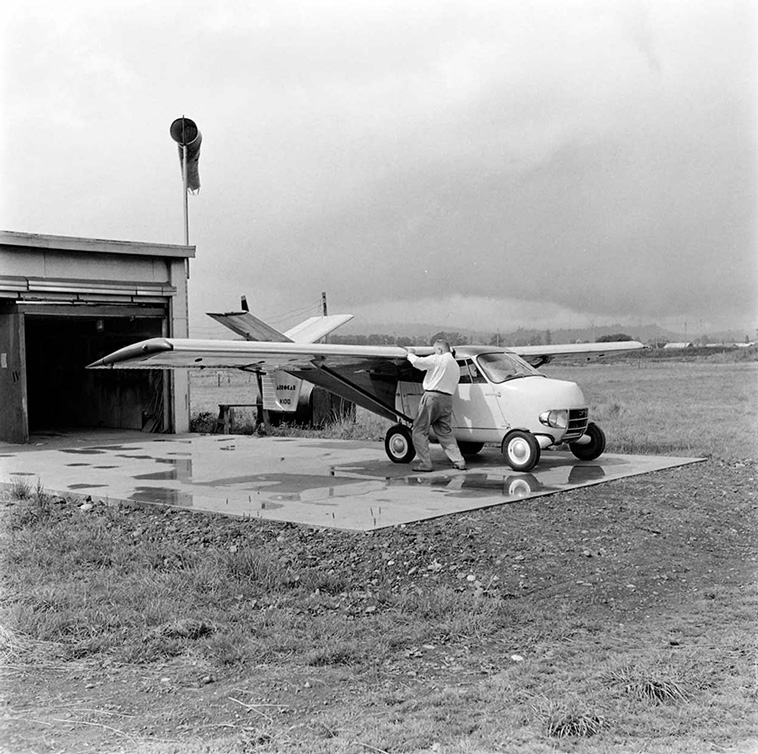 The single-seat concept car scrapped wheels and touted a top speed of 500 m.p.h. 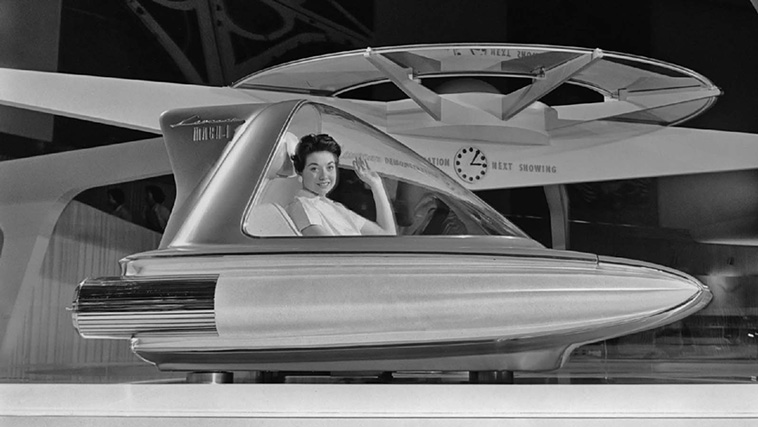 The Aero-Car was the first promising road-to-sky vehicle. Prototypes could reach 60 mph on the ground and 110 mph in the sky. 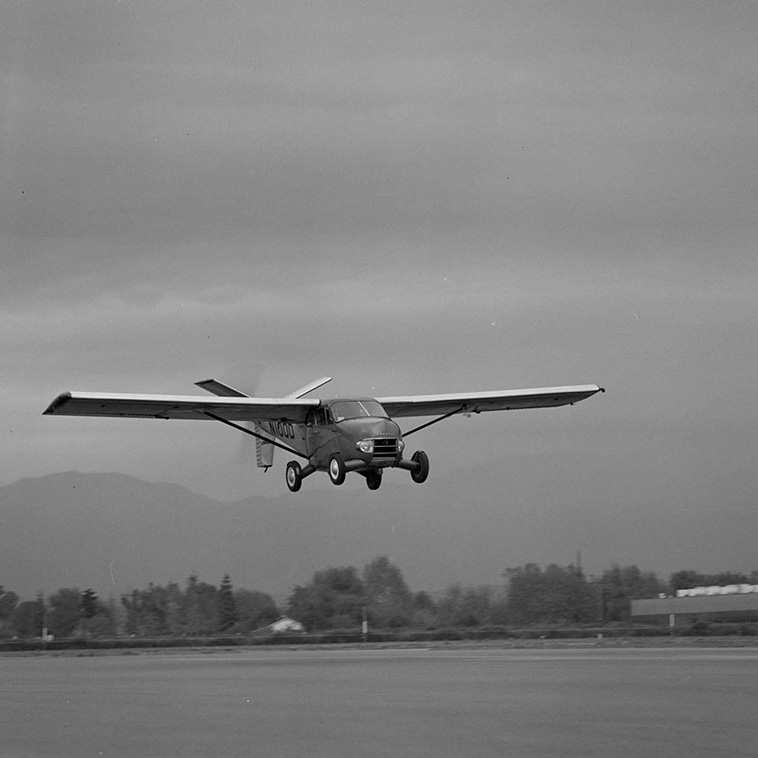 The AVE Mizar used both the aircraft and car engines for takeoff, while four-wheel breaking allowed the car to land safely—in theory. A ’73 test flight followed by an ugly crash ended the AVE dream quickly. 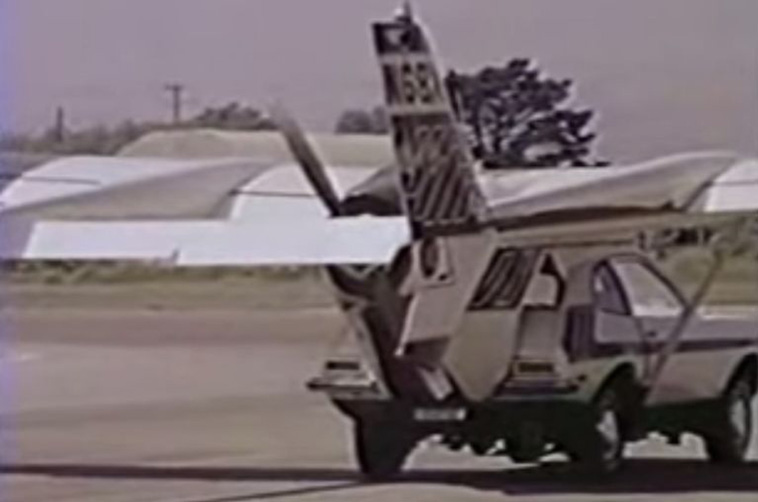 Sky Commuter concept car, developed by Boeing engineers in the 80s. Run on a gas turbine engine and helicopter-like drive shafts, the Commuter was an alternative to planes-strapped-to-cars of the past. 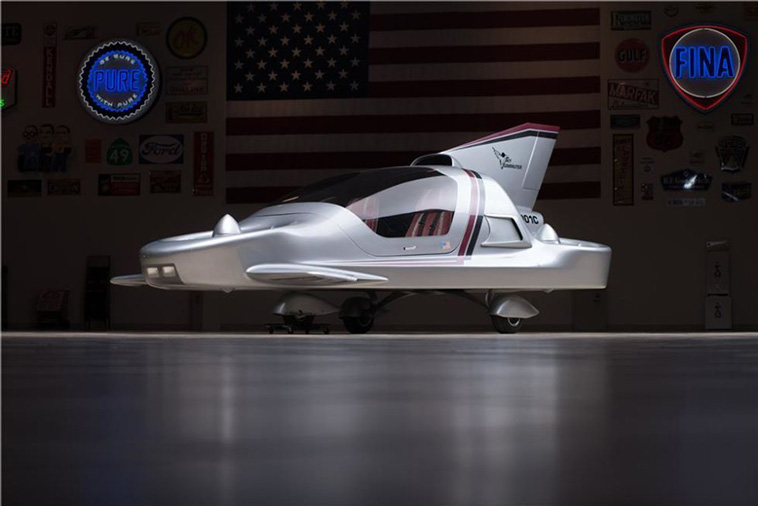 A “VTOL” (vertical take-off and landing) flying car, the M400 is the life’s work of inventor Paul Moller. 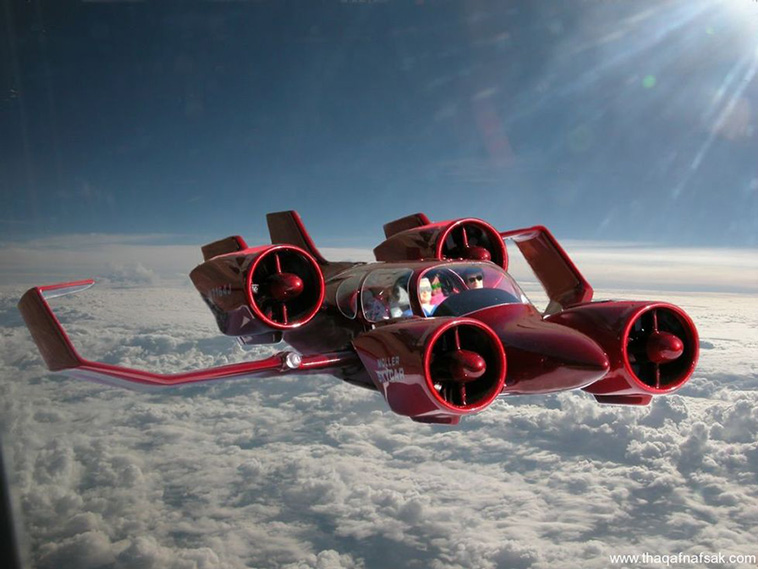 It is the flying car that was invented in a close time by Indian inventor A.K. Vishwanath. 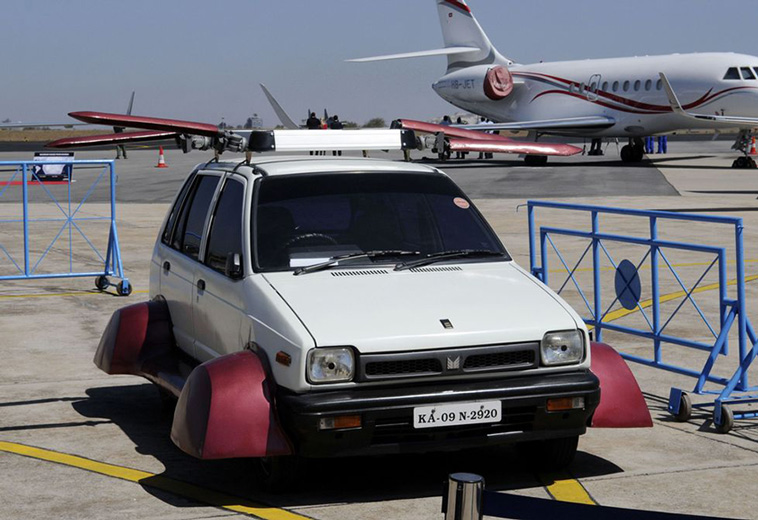 Since taking its first flight in 2009, Terrafugia has tinkered with the TRA’s specifications in order to meet Federal Aviation Administration standards. A third version of the craft that meets consumer needs should be built within two years. 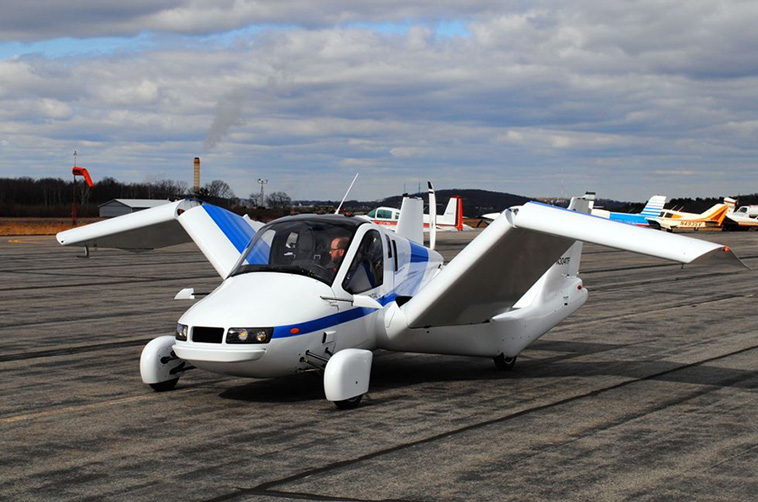 In 2010, the flying car received certification from the Slovak Federation of Ultra-Light Flying (SFUL) as authorized by the Civil Aviation Authority of Slovak Republic. 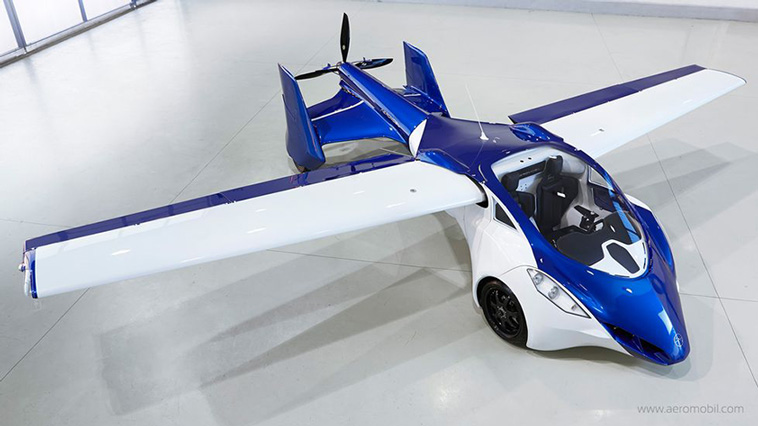 NASA aerospace engineer Ilan Kroo’s eight-prop personal flying machine is sleek and Apple-esque. It is The Now… but still a flight of fancy.” The Zee-Aero would be great,” flying car engineer Dezso Molnar tells Kolter. “It’d be the real-deal commuter model. But right now it’s only theoretical. And even if they did get it into production, it would cost millions of dollars.” 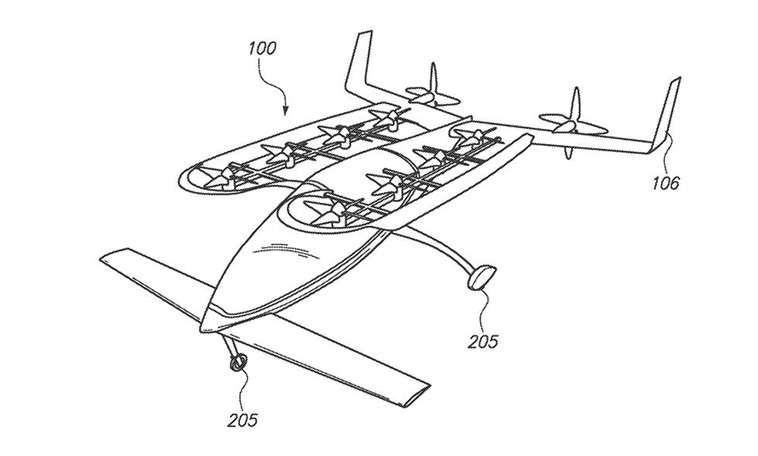