The Tomb of Ramesses VI tomb was originally built by King Ramesses V (c.1147–1143 BC) of the Twentieth Dynasty. Although it is uncertain whether he was ultimately buried in it, his uncle Ramesses VI (c.1143–1136 BC) enlarged the tomb and used it for his burial. 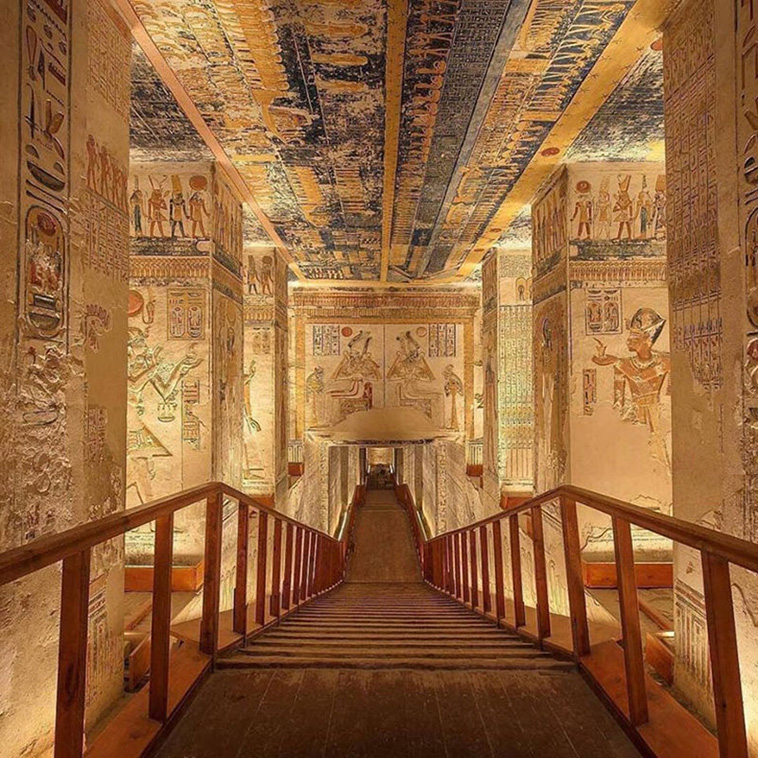 Located in the valley of the kings, the tomb is 104 m (341 ft)-long and features some of the most well-preserved wall reliefs and decorations. funerary texts, like the book of gates, the book of caverns, the amduat, and the book of the dead are there to help the king in his journey into the afterlife.

You can virtually tour tomb of Ramesses VI from anywhere thanks to this remarkable 3D virtual tour. 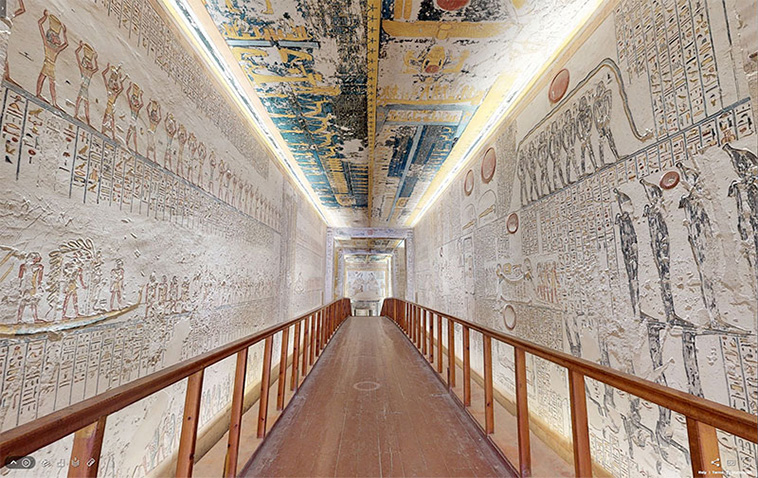 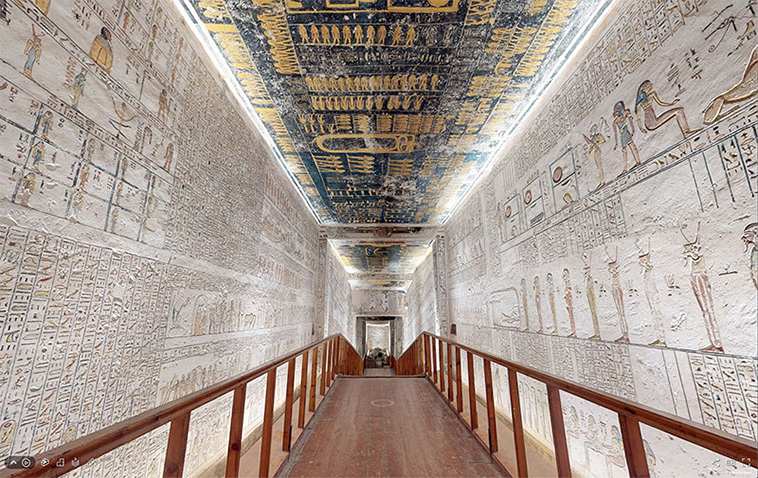 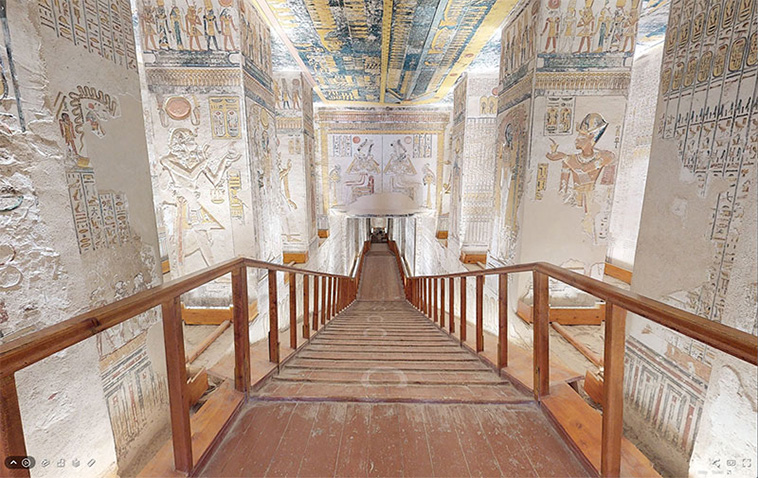 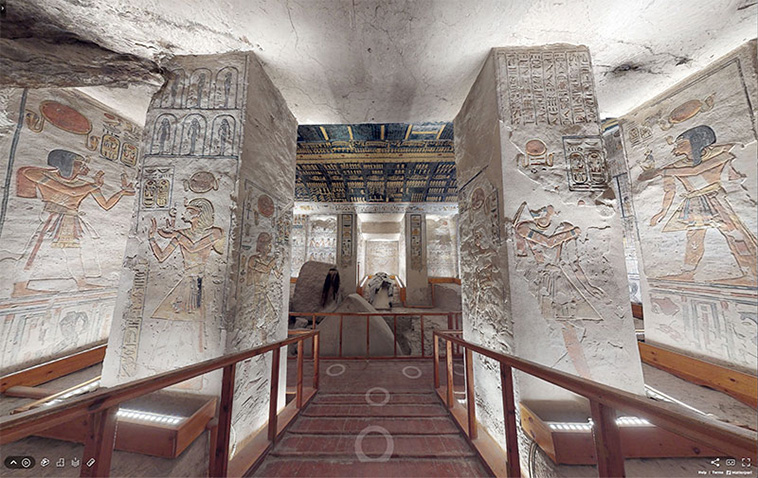 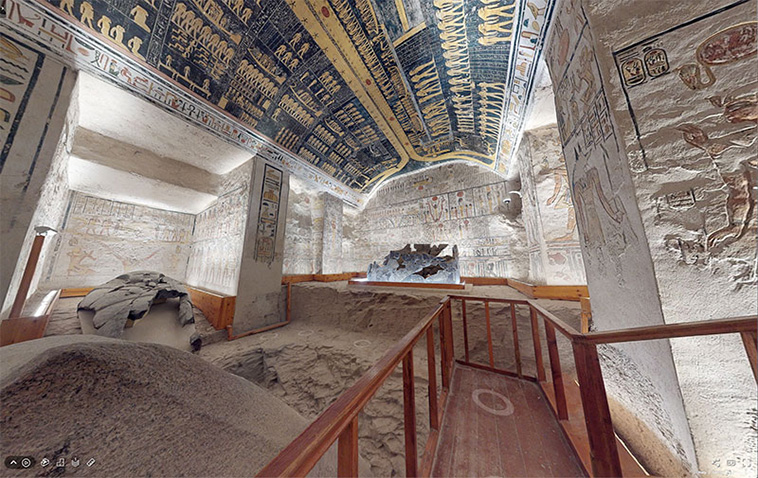 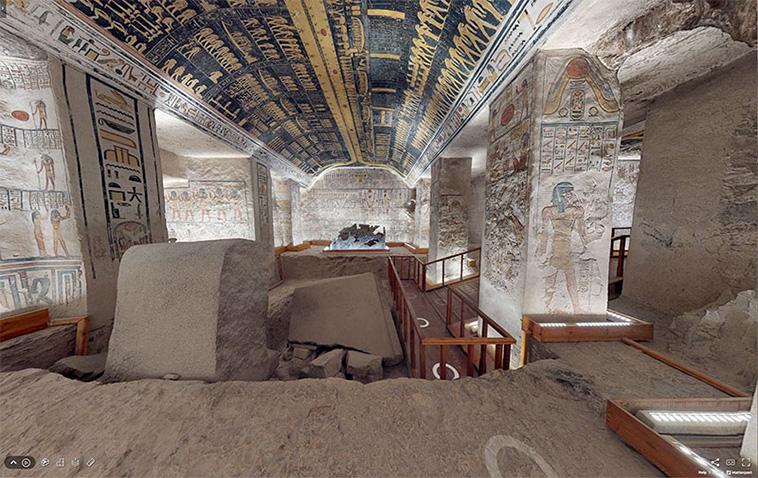 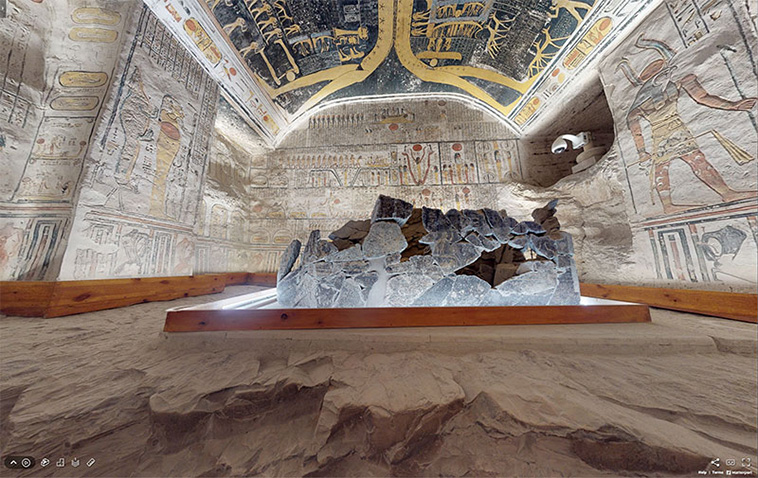 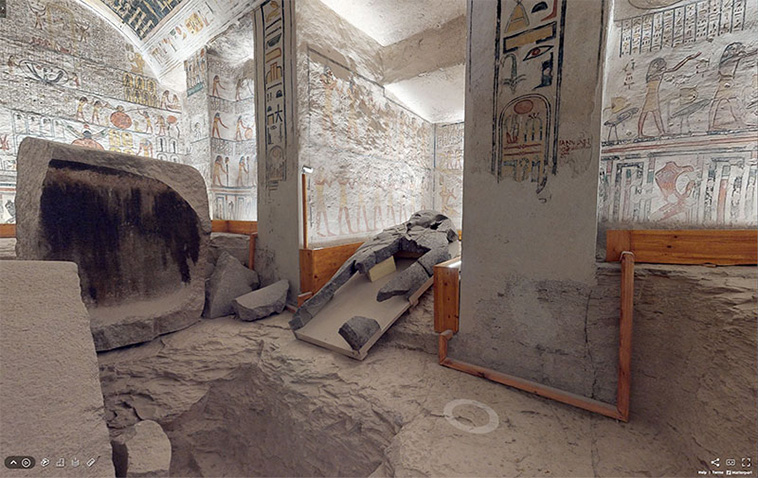