Leo: an African Lion, Baloo: an American Bear, and Shere Khan: a Bengal Tiger, are perhaps the only combination of a bear, tiger, and lion that share the same space. Their co-living came into light when police raided a basement. They discovered all the cubs who were a few months old and were in a terrible state due to infections and malnourishment. 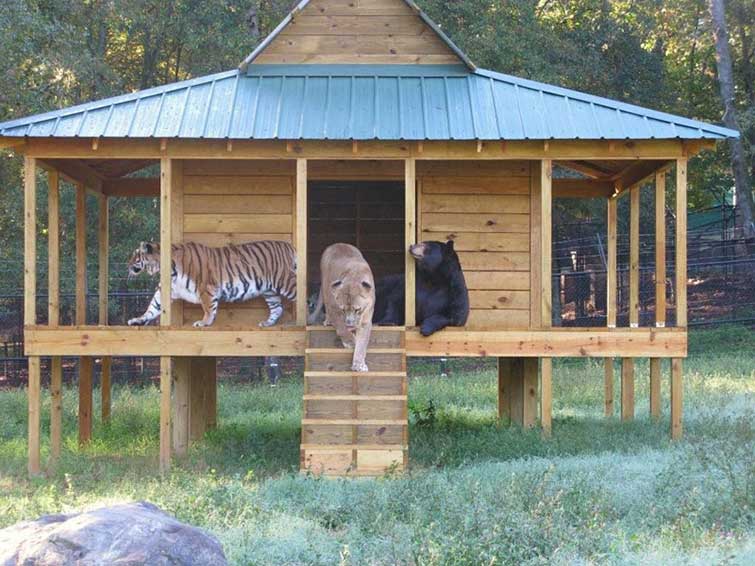 The police officers then shifted all three cubs to Noah’s Ark, a sanctuary for animals in Locust Grove, Georgia. It is a non-profit organization spread over 250 acres and has over 1,500 animals ranging from over 100 species. It is a home for animals that are injured, abused, neglected or animals that are in need of care. This transfer was done by the Georgia Department of Natural Resources. All three animals were in a bad state. Shere Khan weighed less, Leo was injured due to the captivity and Baloo had a harness deep inside his flesh which was inside Baloo’s side ever since he was a kid, and as it grew, it grew deeper into the flesh. 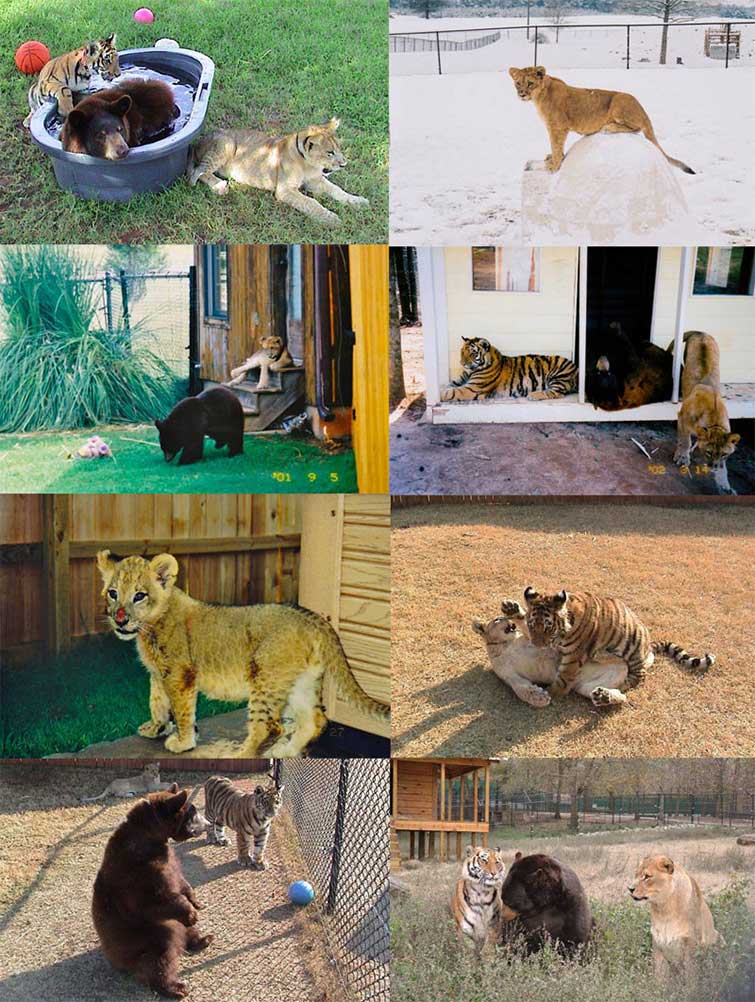 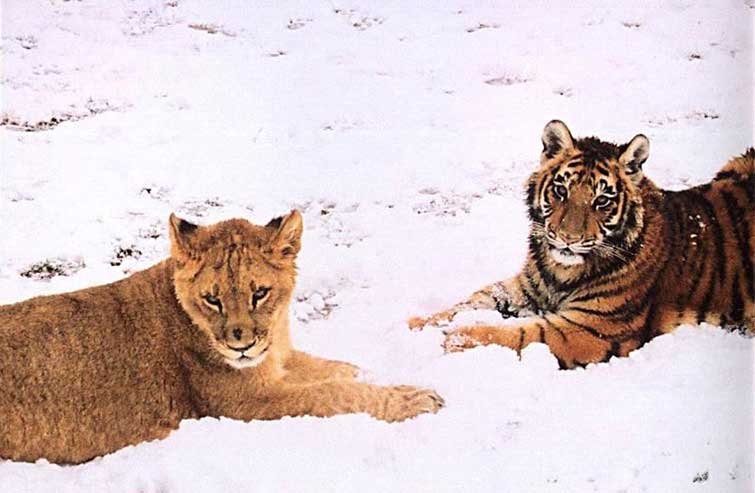 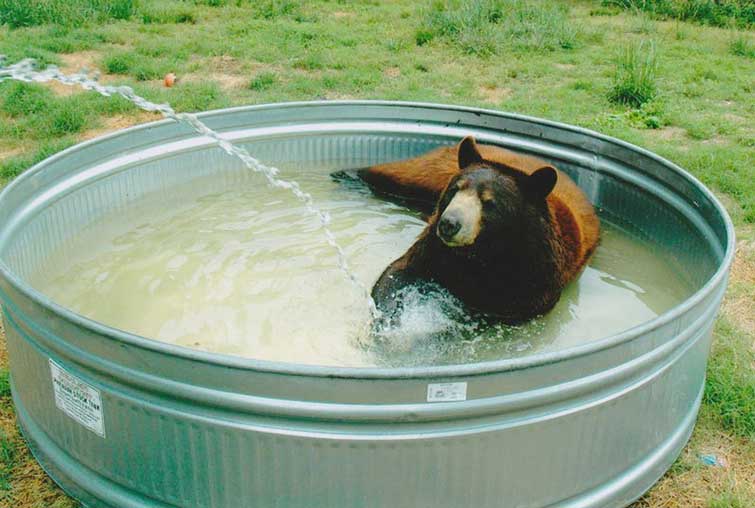 The condition of Baloo was terrible as the flesh had started growing all over and above it. He required a surgical procedure for the harness to be removed and this resulted in deep wounds that had to be cleaned with much care. All three cubs have lived together at all times and when Baloo underwent surgery, it was the first time that Baloo was away from the other two cubs. 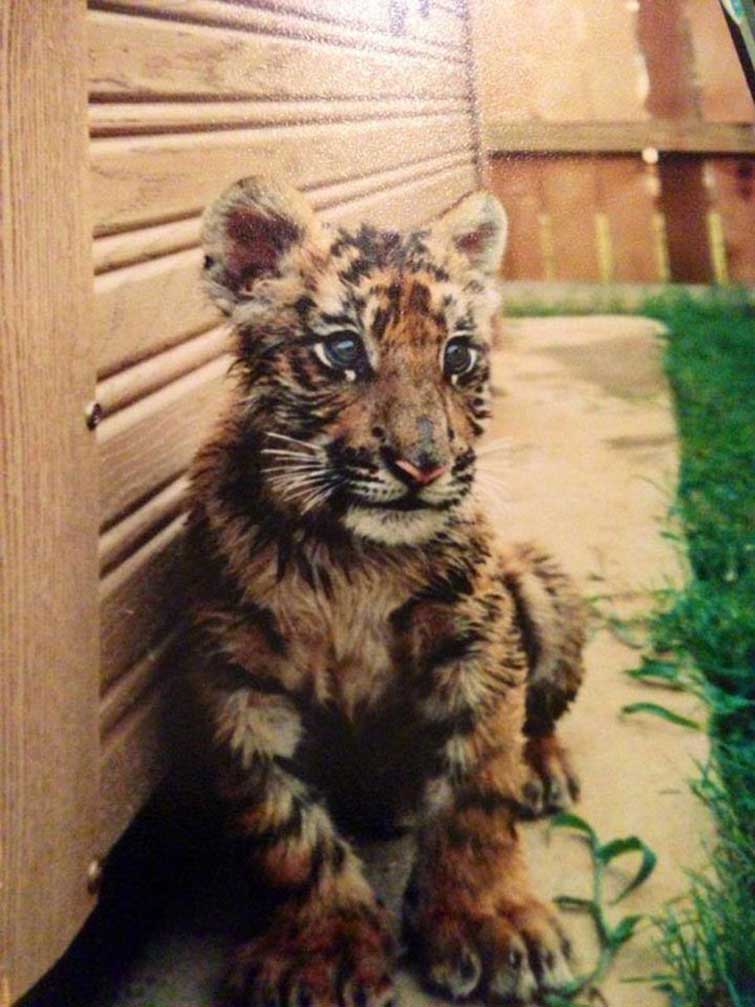 People who are familiar with the trio lovingly call them the BLT, as they are spotted together at all times. The trio spends their time together at all times and is seen playing together. Due to the strong bonding during their initial days, they are affectionate of each other and are inseparable. 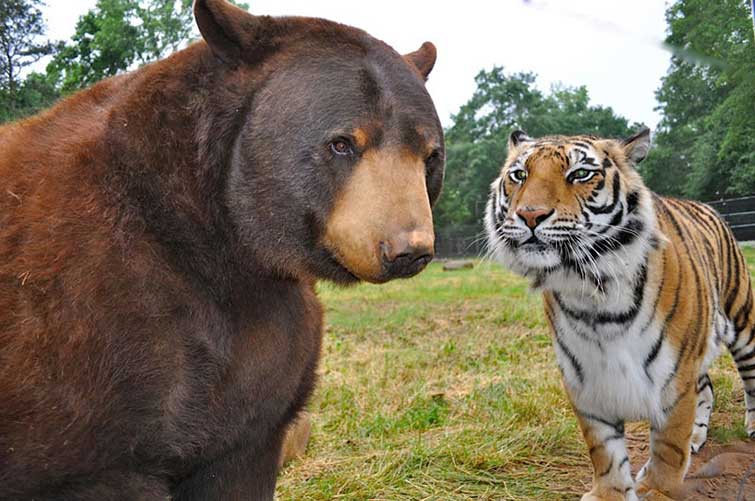 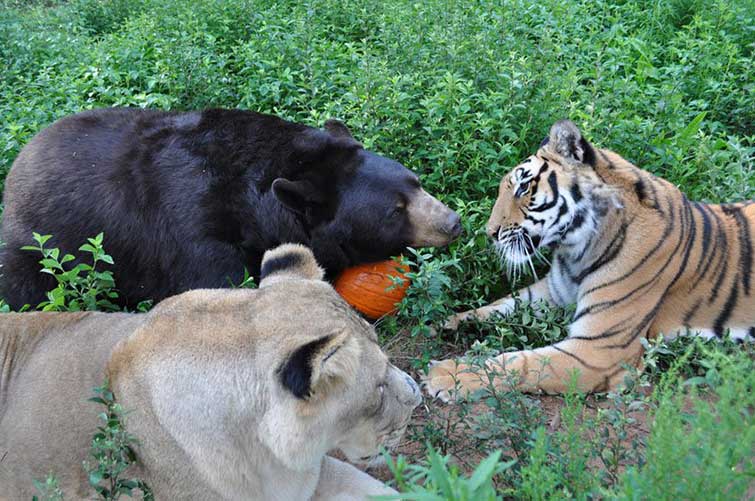 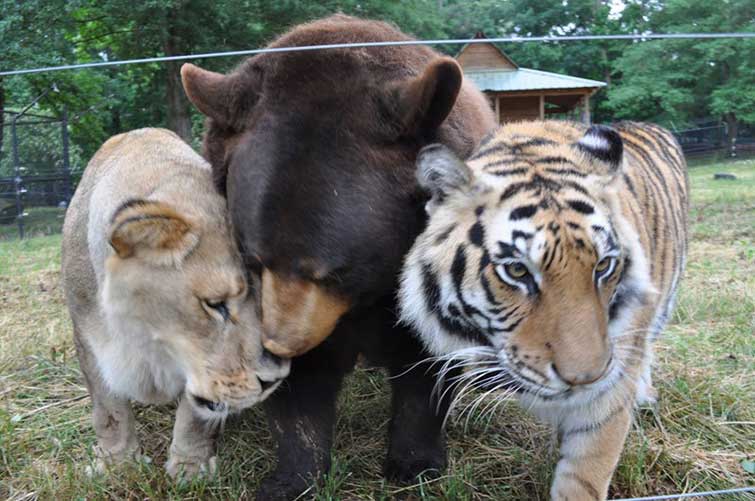 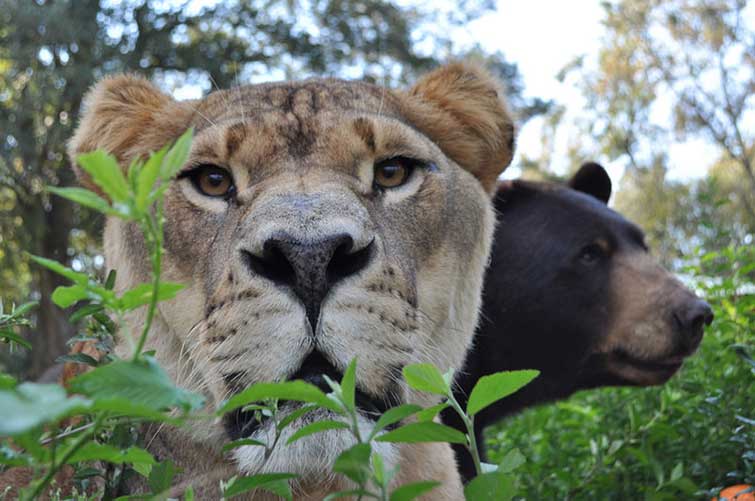 Also, Leo the Lion neutered when he was too young and hence, does not have a mane. Visitors can visit the Noah’s Ark from Tuesday to Saturday at any time between 9:00 AM to 4:00 PM. However, it is highly recommended that people planning to visit ring Noah’s Ark up at 770-957-0888 and enquire about the status as Noah’s Ark is shut down for visitors due to the damages caused by storms or rains. 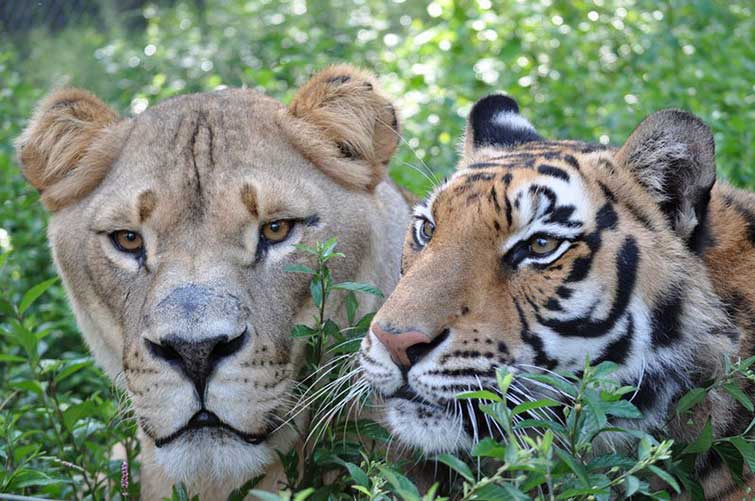 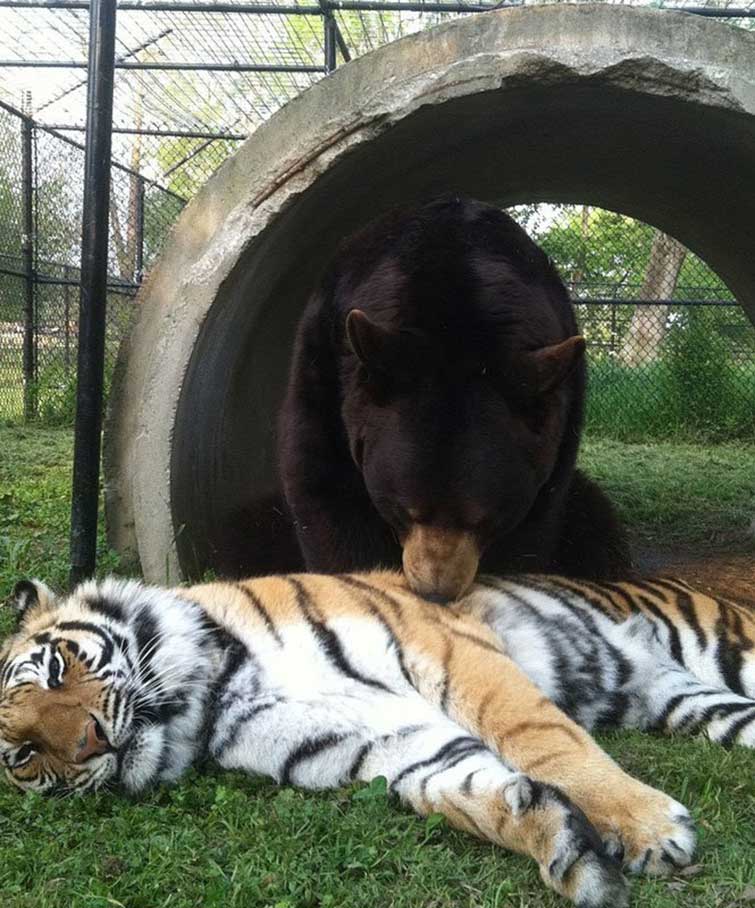 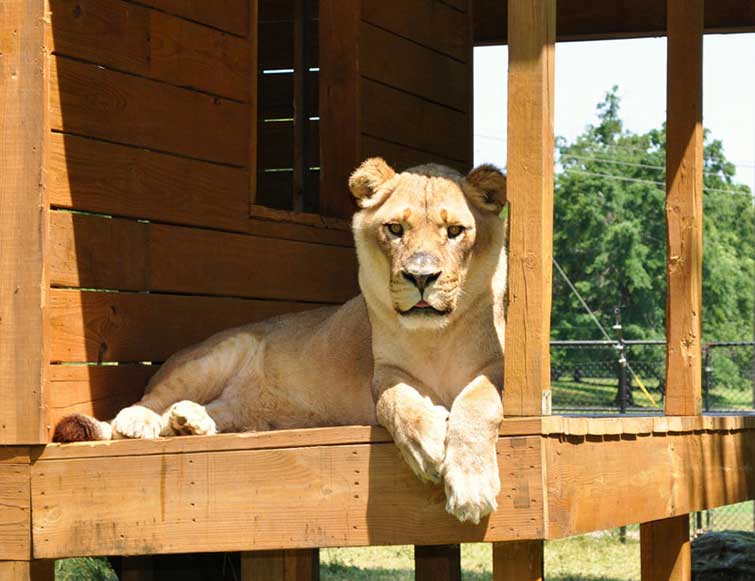 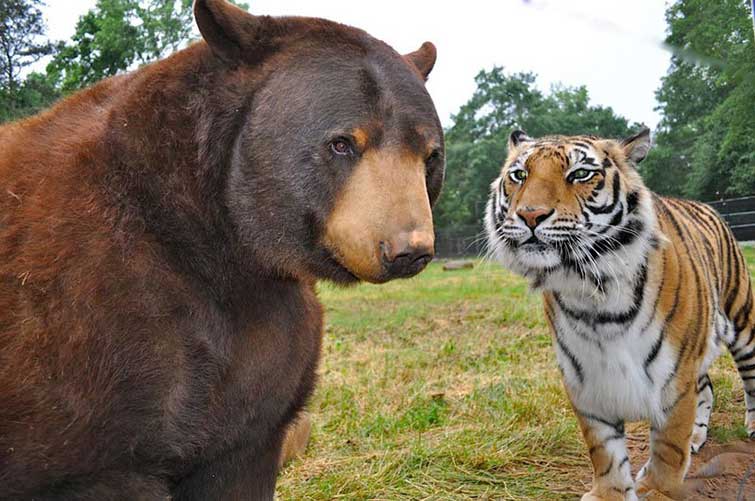 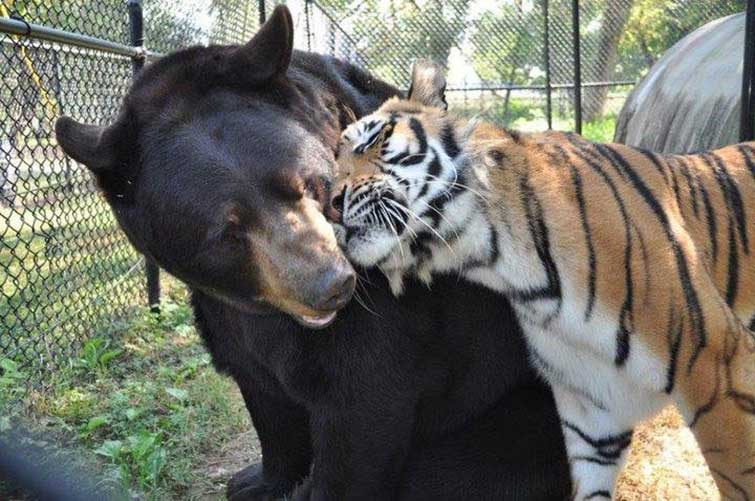 The admission to Noah’s Ark is free of cost and if you appreciate the efforts taken by Noah’s Ark, feel free to donate towards the betterment of the animals. See here for ways you can help.