First constructed in 1874, Old Cincinnati Library was built on a site intended for an opera house. Looking back on the building, it’s clear why it became one of Cincinnati’s most beloved landmarks, with the opulent library stretching over five massive levels. 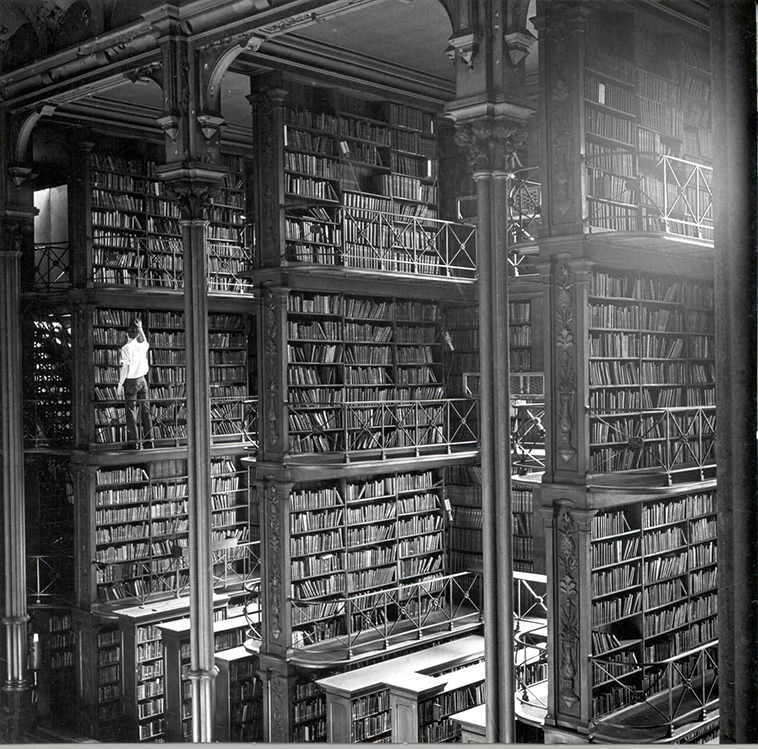 The library was a feat of architectural beauty from the gorgeous chequered marble flooring to the massive arched skylight ceiling. Cast iron shelves teeming with books spread across the four-story main hall, creating a labyrinth of literature that was a sight to behold for patrons.

The huge glass ceiling flooded the library with natural light, providing ample illumination for those searching through the endless catalog of books -it’s as though the total capacity was an incredible 300,000!

The Old Main in an early picture 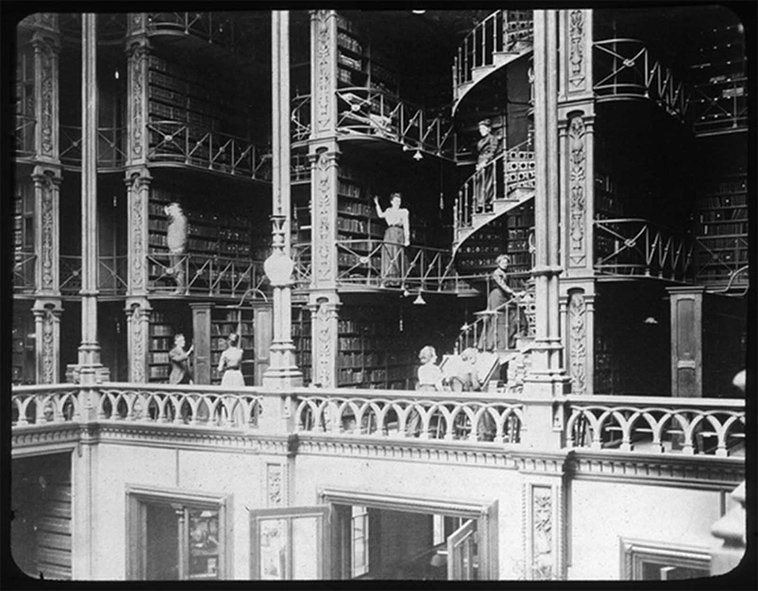 Sadly, the Old Cincinnati Library closed its doors for the final time in 1955. The site was becoming somewhat dated, with a lack of good ventilation causing the décor to deteriorate while making it quite uncomfortable to read in.

A new library was soon to be opened, so the Old Cincinnati Library was sold off to Leyman Corp for a minor sum (about $100,000 in today’s money), being demolished just a few months later. 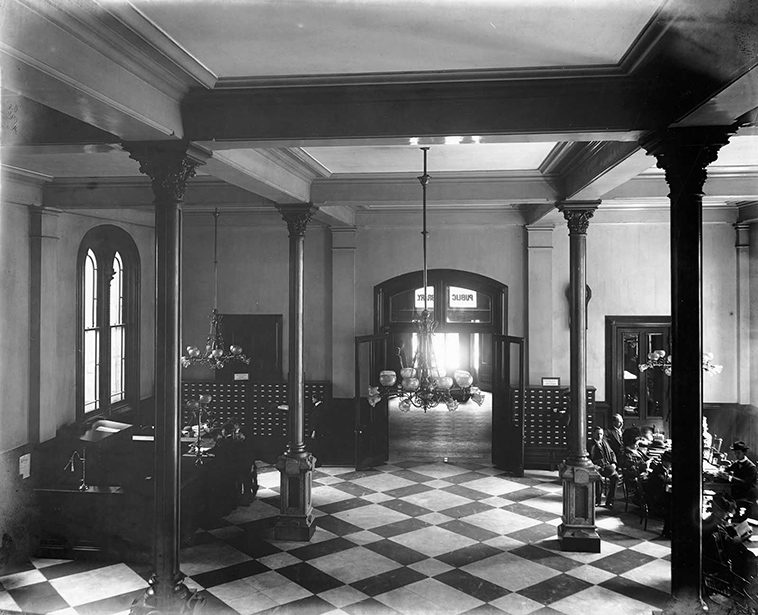 Today, the site of the library is now a parking garage, although parts of the building were saved before demolition, including three stone heads that flanked the entrance. These are now located in the garden of the replacement library, located at nearby 800 Vine Street.

Check out these photographs from inside the magnificent Old Cincinnati Library.

The Newspaper Room (photo circa 1899) 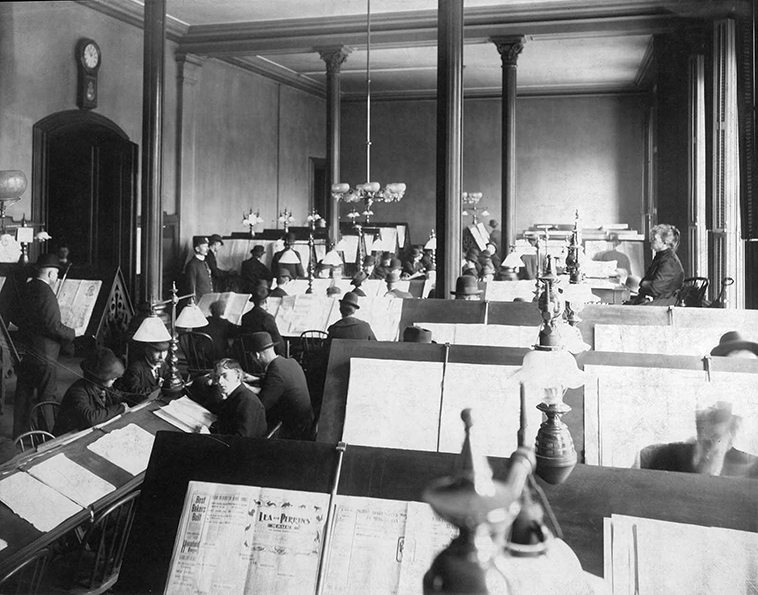 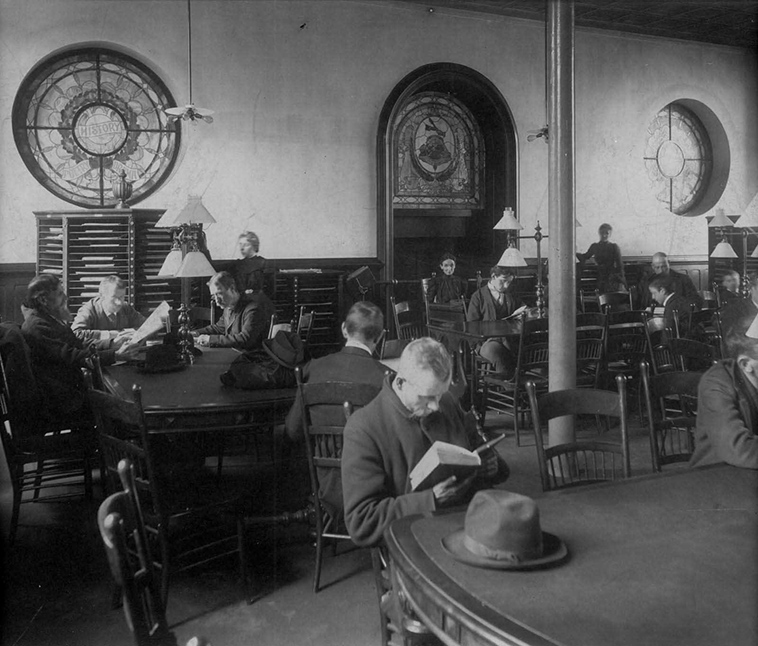 Another view of the hall 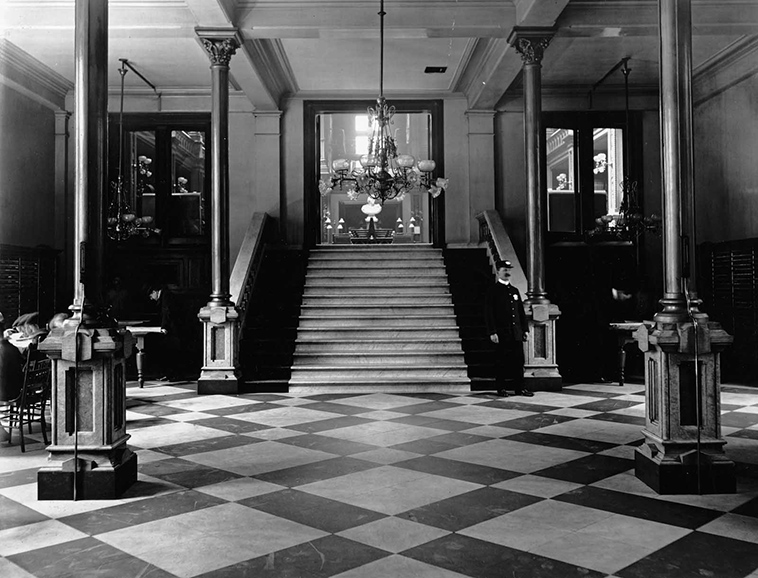 Children inside the Old Main 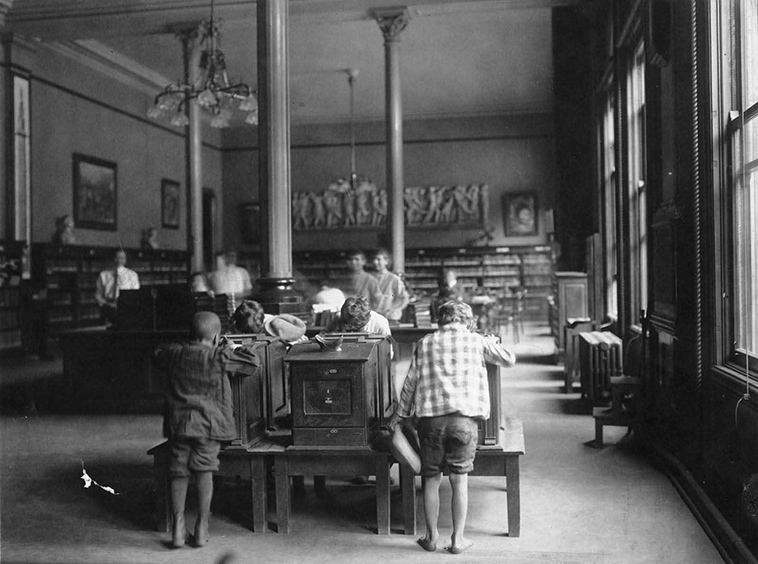 Looking down at the reading area in the Main Hall 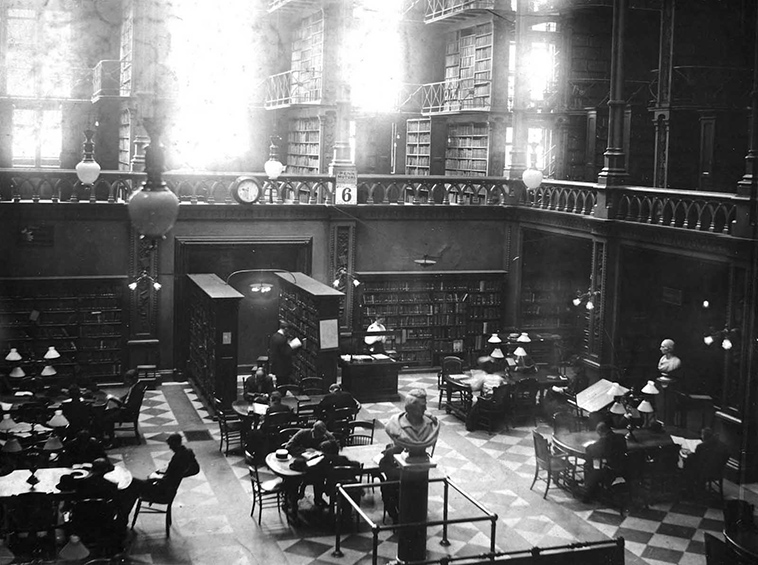 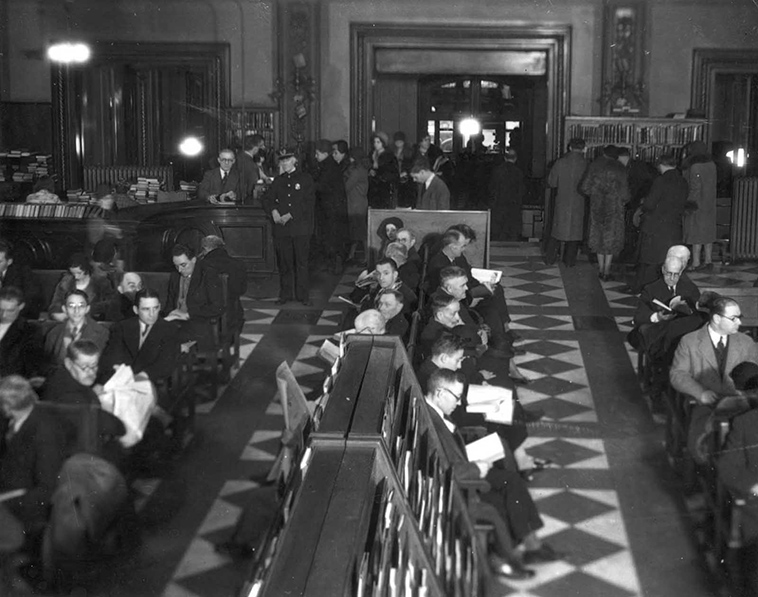 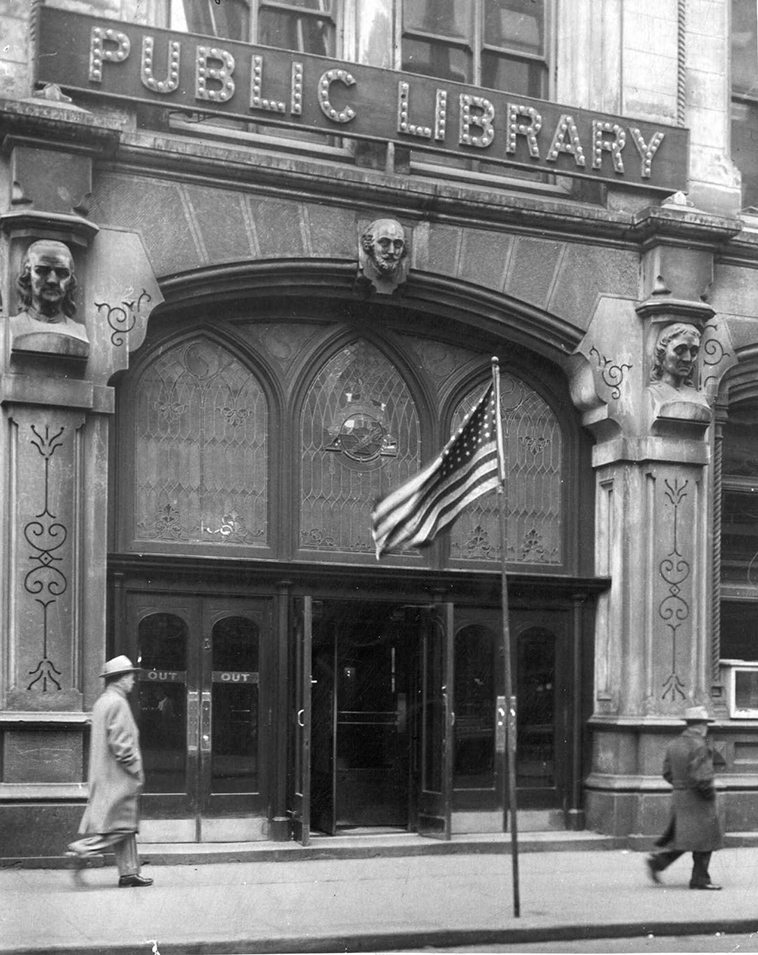 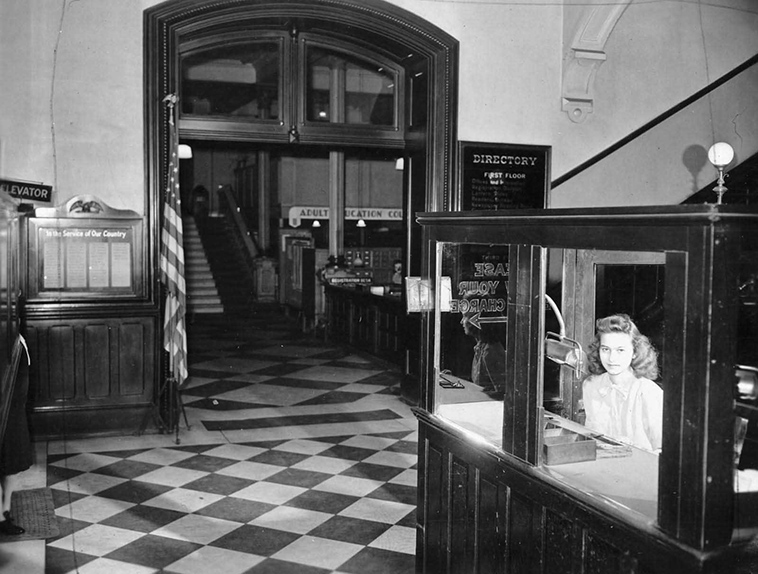 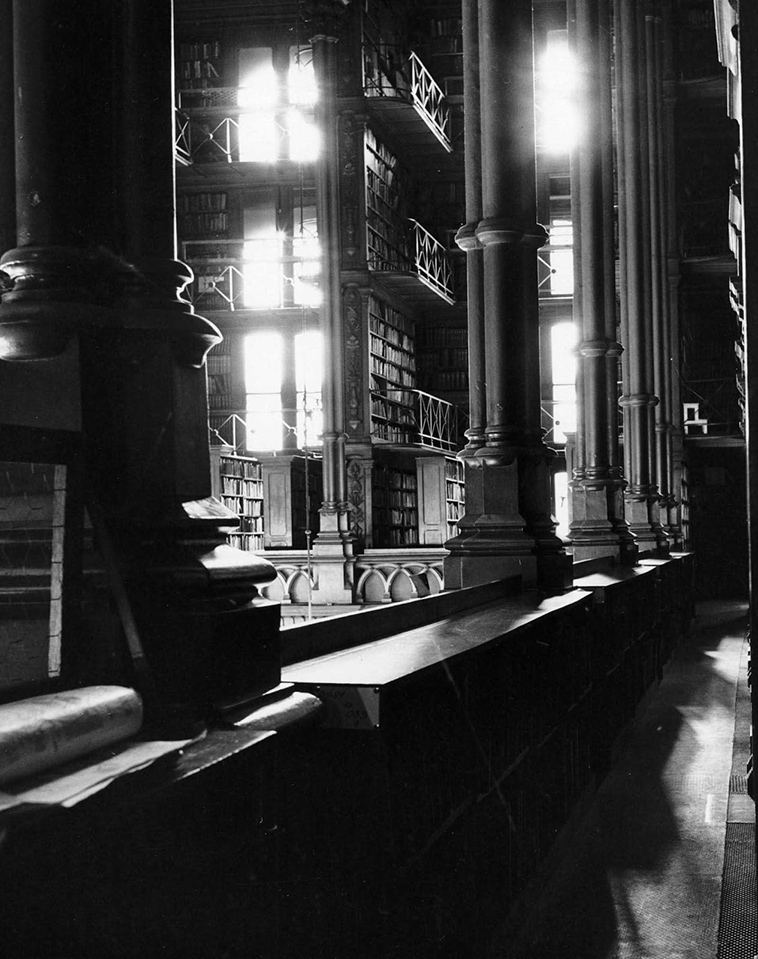 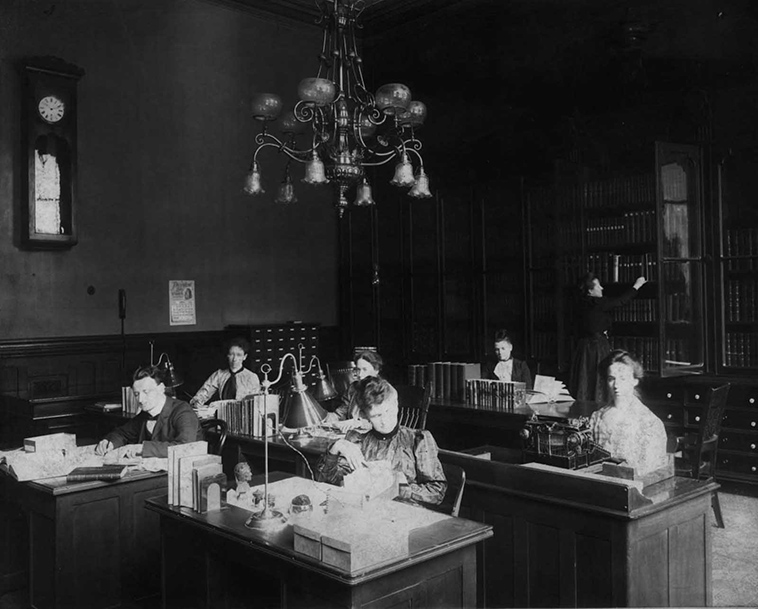 The Main Hall featured five tiers of cast-iron alcoves that housed over 200,000 books 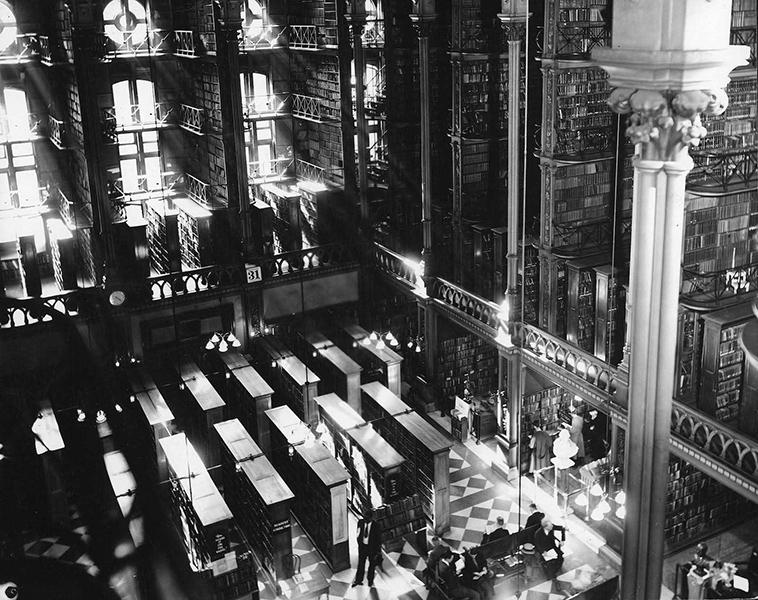 Completed in 1874, originally intended to be an opera house before the project went bankrupt, the modestly-sized building did not do justice to the magnitude and beauty of the interior designed by architect J.W. McLaughlin 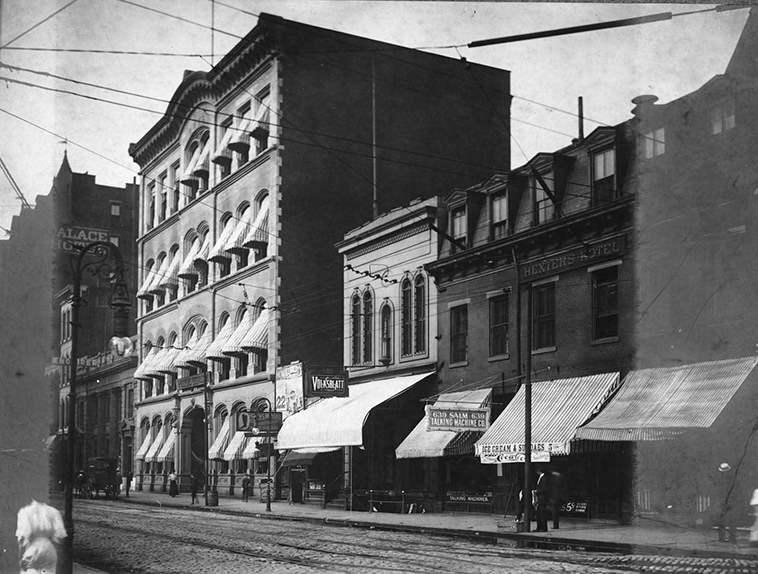 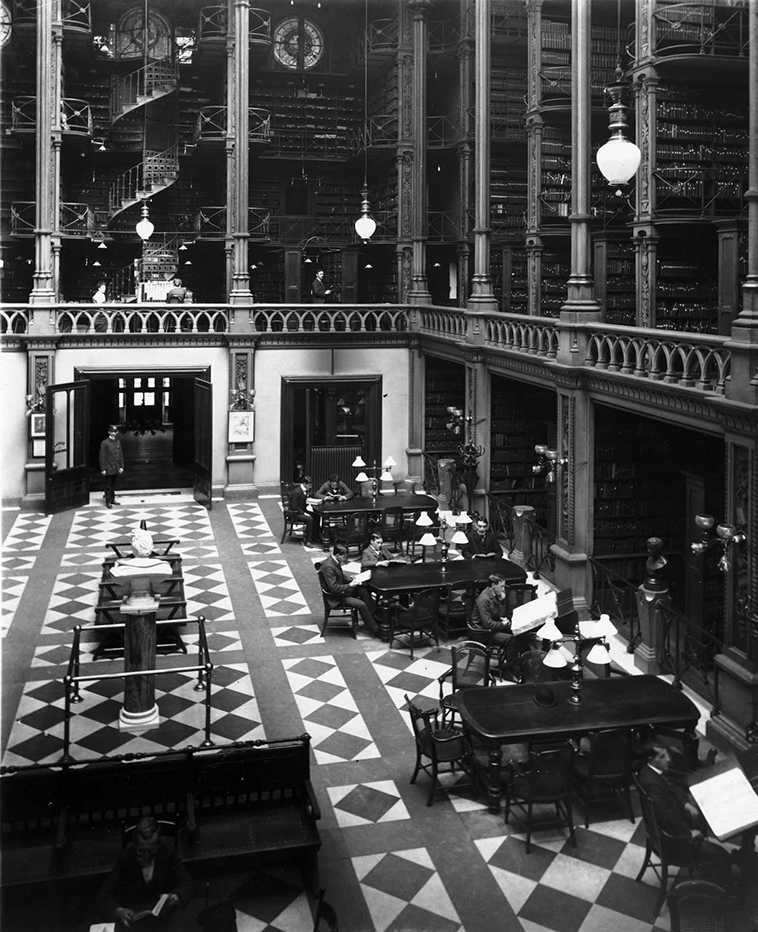 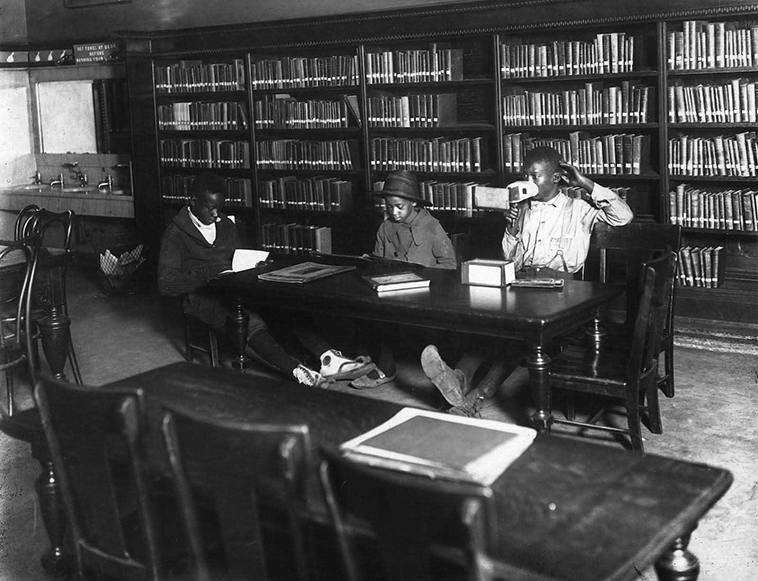 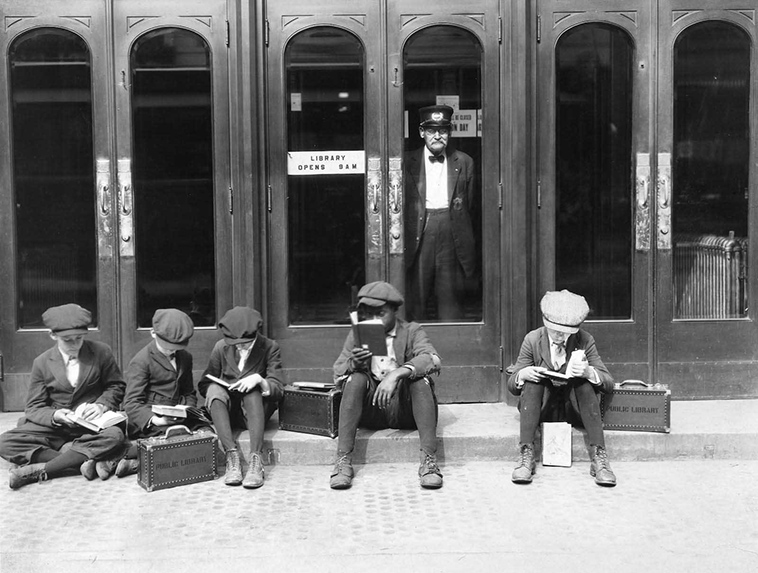