The shocking video has revealed the moment a 600lb circus bear attacked its trainer in the middle of a performance in Russia. 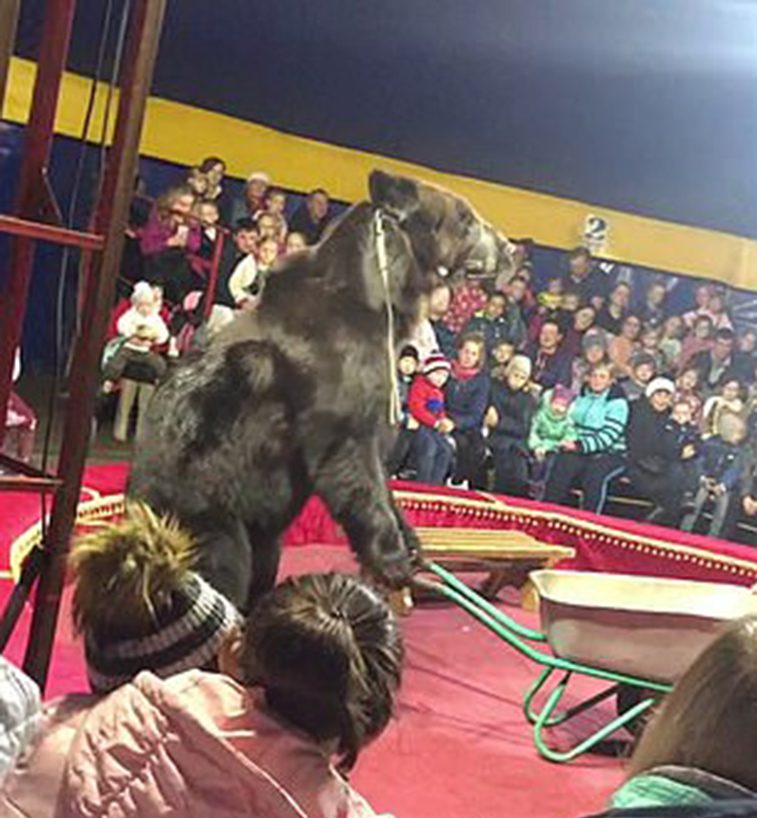 The horrific incident was caught on camera by one of the spectators when the trainer ordered the brown bear to push a wheelbarrow on two feet in the show in the Karelia region of Russia.

The trainer is seen leading the 600lbs bear towards the side of the ring before it suddenly turns ferocious and pins him to the ground. 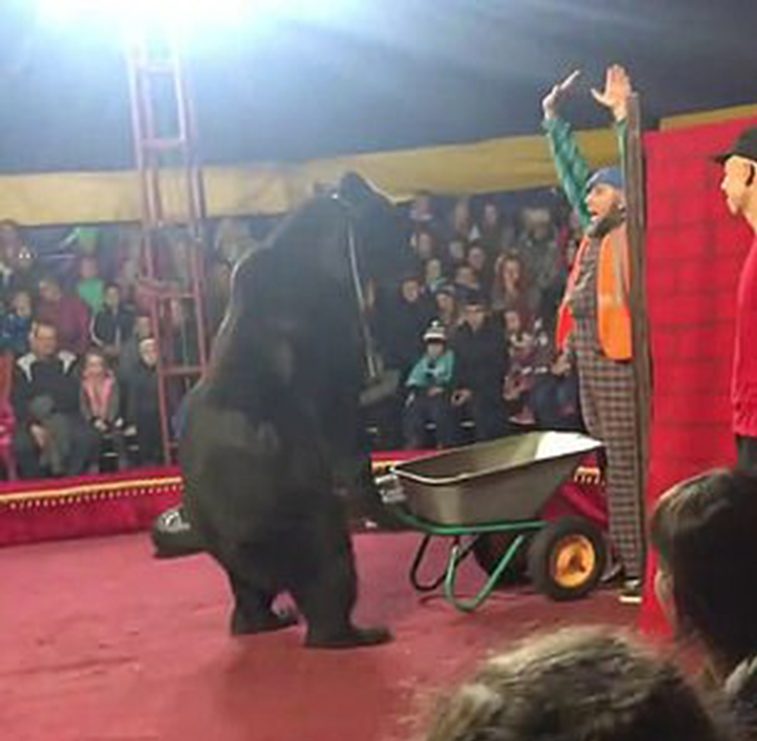 Children sitting only a few feet away – with no protective barrier – are heard screaming as another circus employee kicks the animal.

The animal was reportedly prodded with an electric shock device, as the audience fled for the only exit in the traveling circus’ big top. 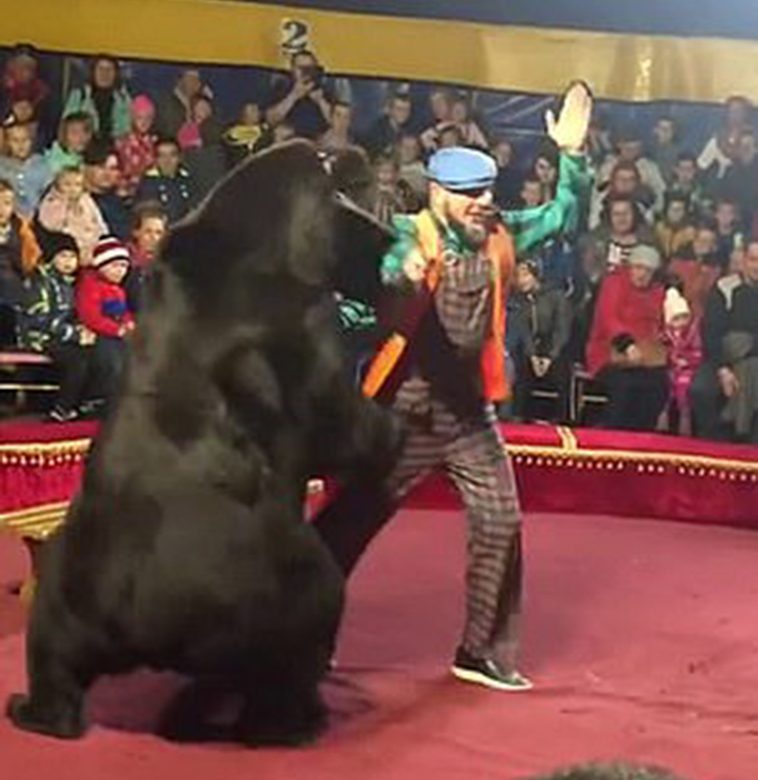 The trainer was believed to be injured however no details have been given.

“I was shocked there was no fence for the safety of spectators, given the size of the bear.” 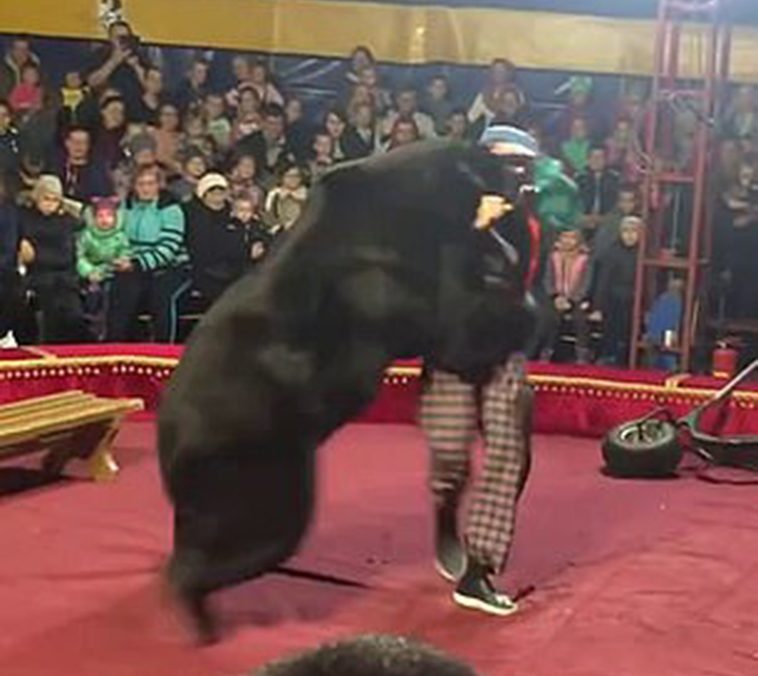 Traveling circuses with live animal performances remain popular in Russia despite growing campaigns for bans or curbs on such shows.