Anyone who has seen hit cartoon Teenage Mutant Ninja Turtles knows the famous turtles are named after famed renaissance artists Leonardo, Raphael, Michelangelo and Donatello. One fan of the TV series who is now an artist living in New York City is Owen Dippie, who has combine the famous attire of the Turtles with portraits of their famed namesakes. The art can be found alongside the walls of a railroad in Brooklyn, where you can see the images of all four renaissance artists with their trademark coloured bandanna worn by their Turtle counterpart. Owen is a big fan of both renaissance art and pop culture icons such as the Turtles, leading to the great homage to both in one piece of art, citing them as a matter of ‘respect’. “I am a child of popular culture and am inspired by my heroes,” explains Owen “By involving them in my art I pay my utmost respect to them in the best way I know how.” 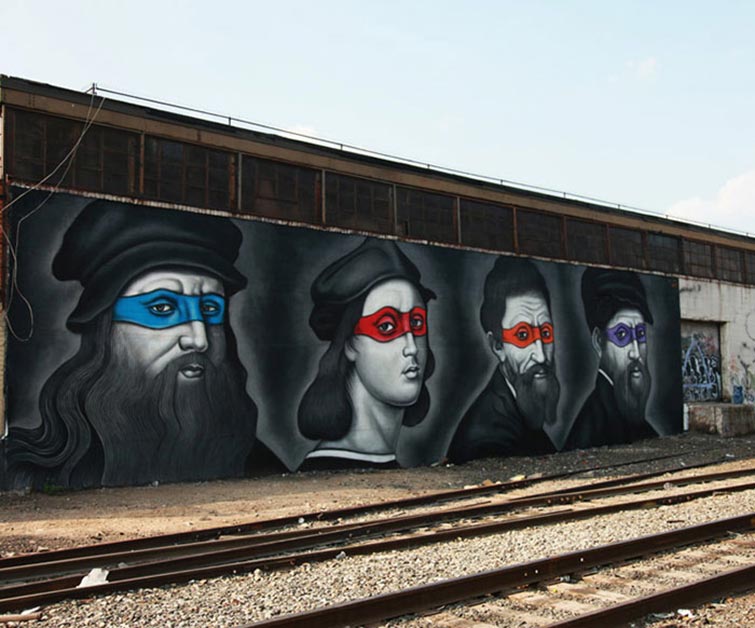 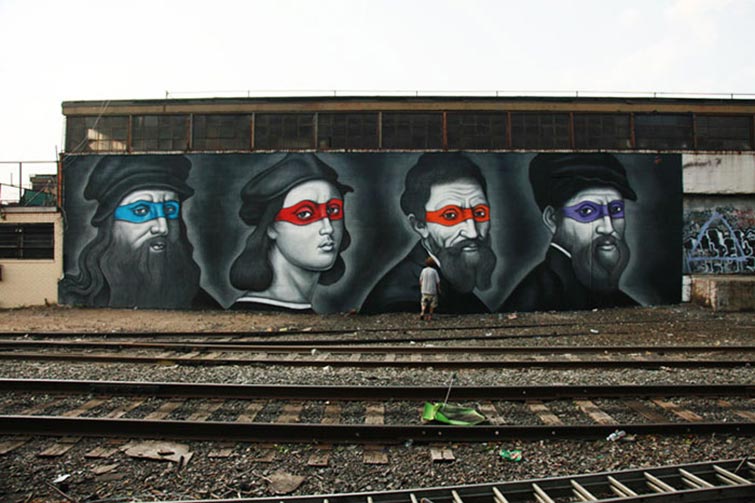 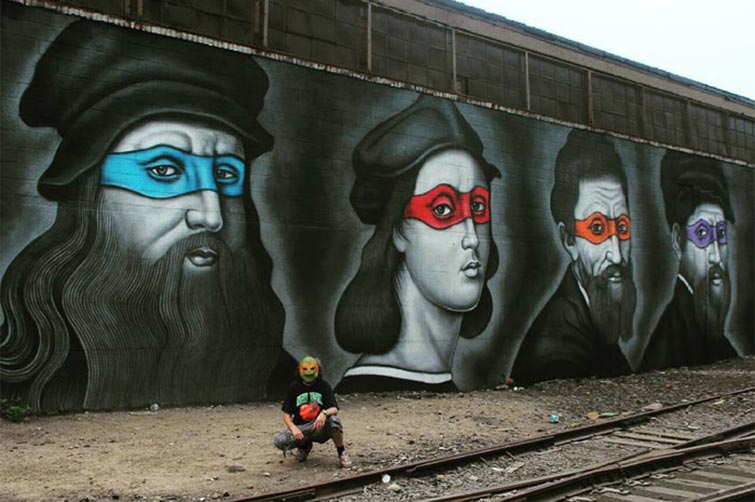 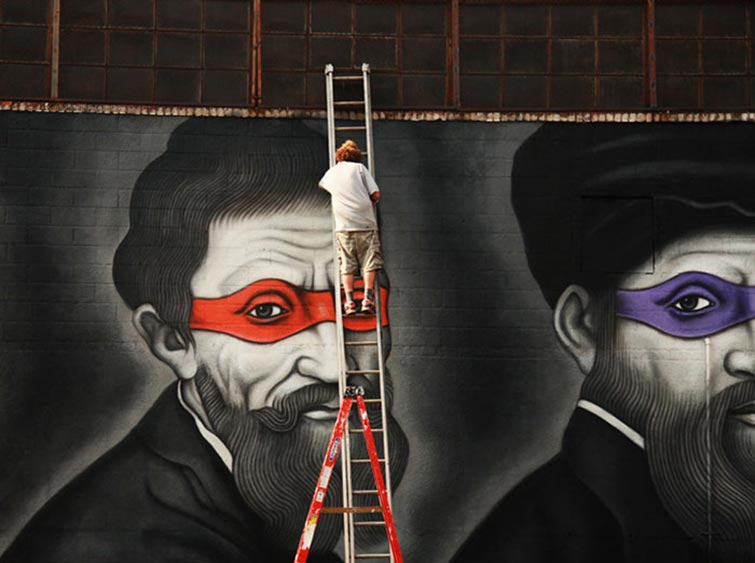 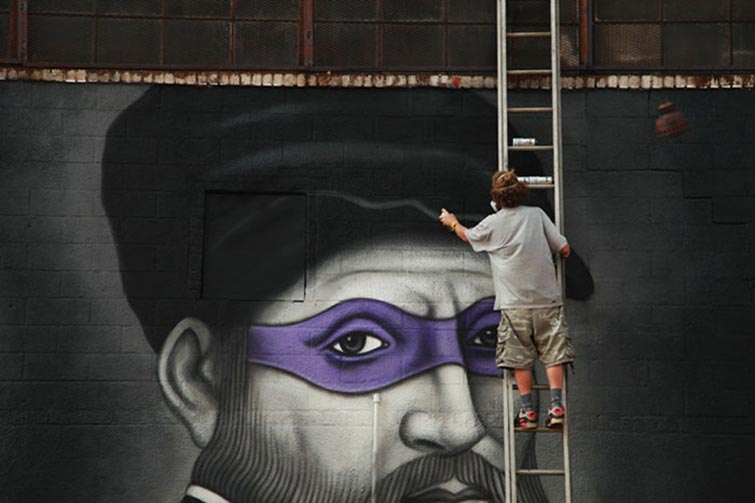 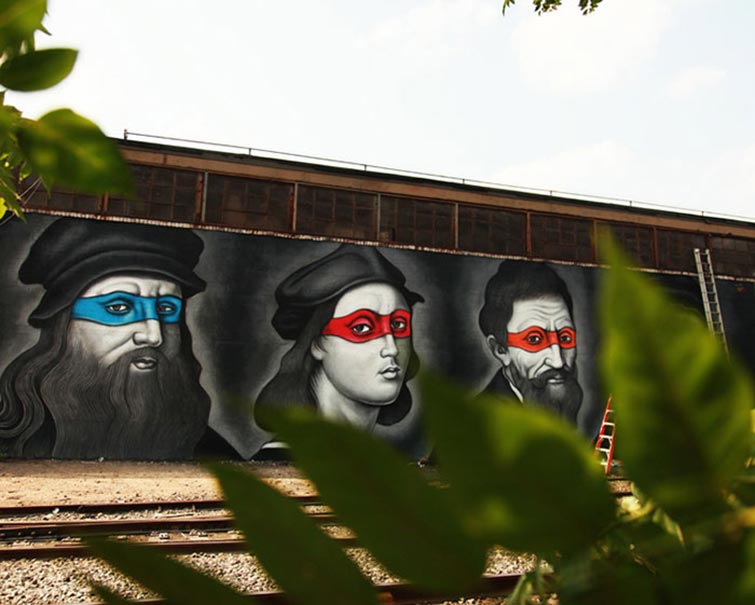 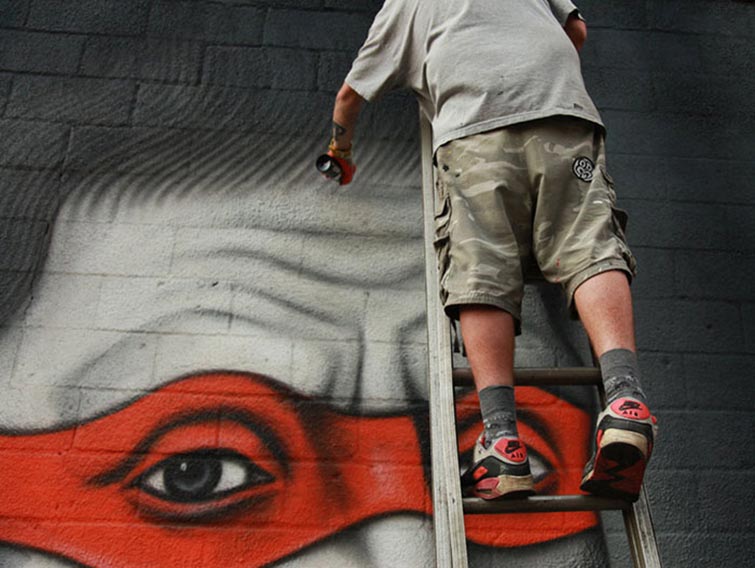