Here is the story of Stevie Wonder. No, not the legendary, all-time-loved singer one. This time it is a cat. Although, it is not any less legendary.

A five-year-old blind cat called Stevie was found on the streets and brought to Richmond SPCA. 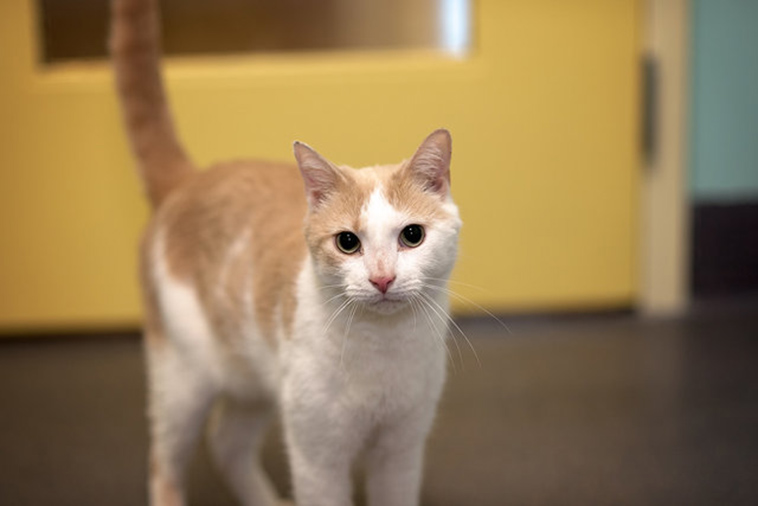 Probably due to his past experiences indicating abuse, he was scared and hiding while barely eating all day long. 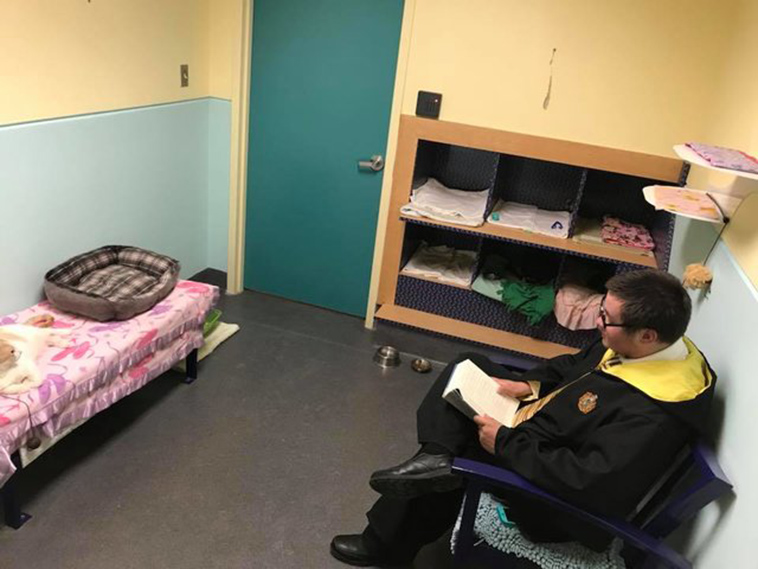 This scared cat who would go nowhere near humans or other animals met 19-year-old Price Mclntyre and things started to change. 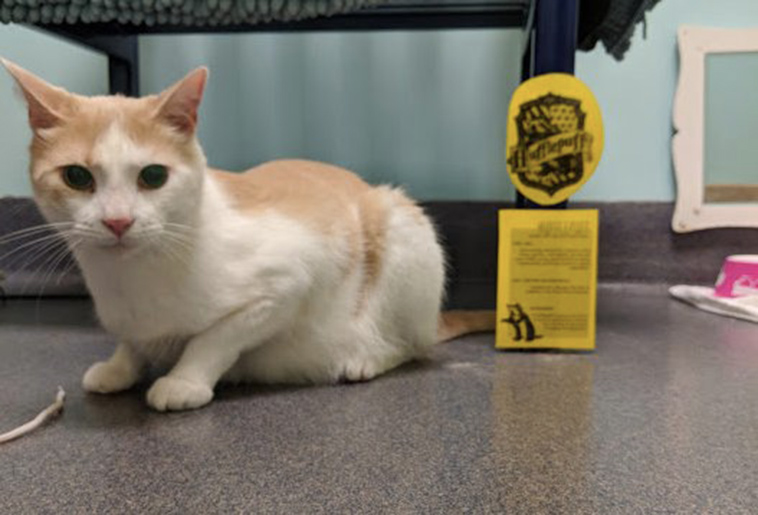 Mclntyre started to 9*: “The SPCA has little Hogwarts decorations everywhere and I thought, “OK if I were to pick a series to read him, it’d be ‘Harry Potter’.’” 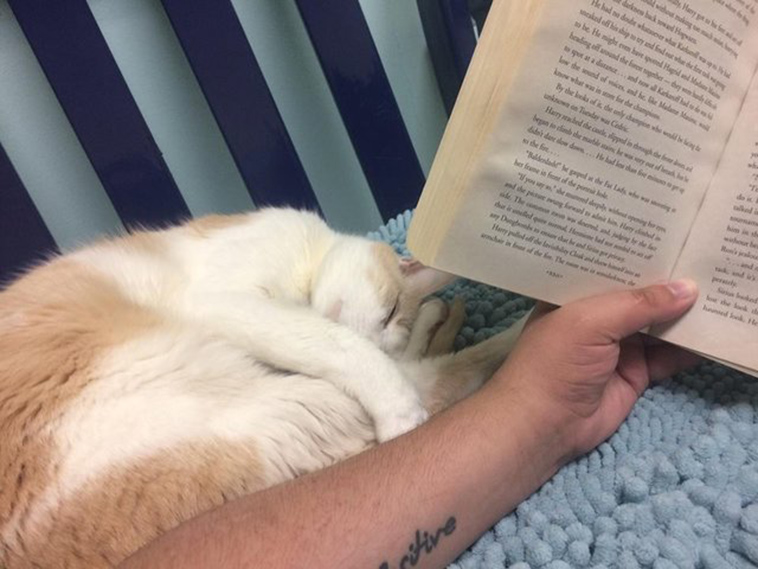 Apparently, an employee started to group the animals into different Hogwarts Houses and Stevie was a Hufflepuff due to his loyalty and patience. 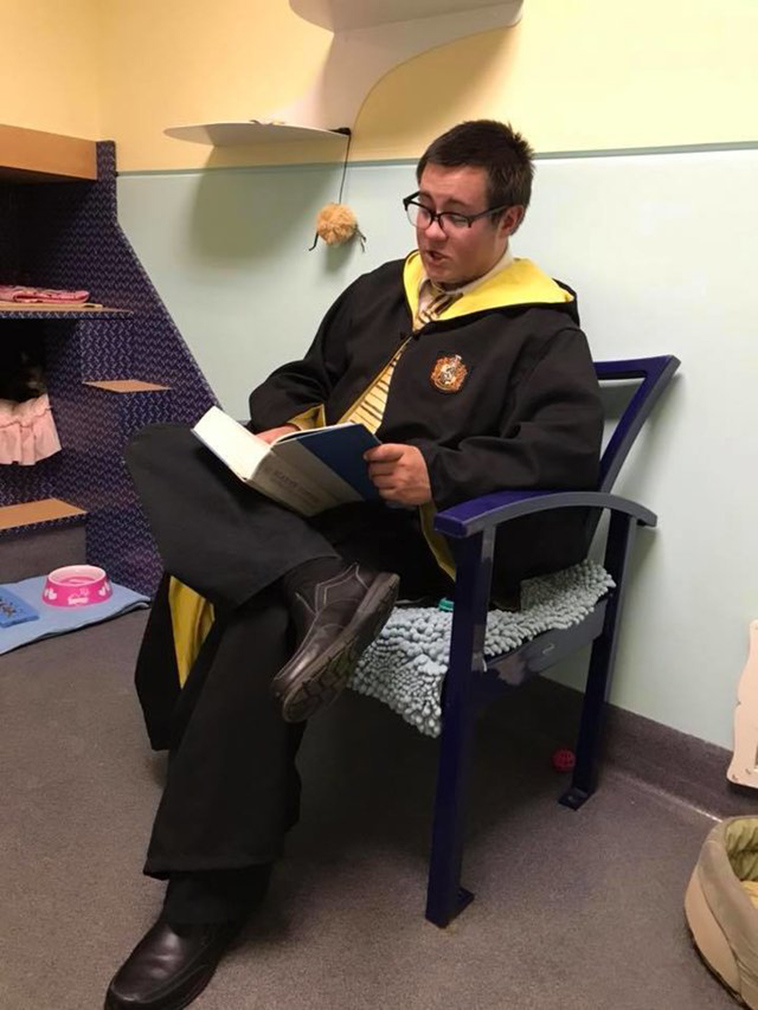 Mclntyre visited Stevie every day, some days wearing a Hufflepuff robe, and read books for a few hours until Stevie was completely comfortable with him only after a few weeks. Now Stevie is also comfortable around others in the shelter. He also is able to navigate in the room with no problem since adapting to his environment. 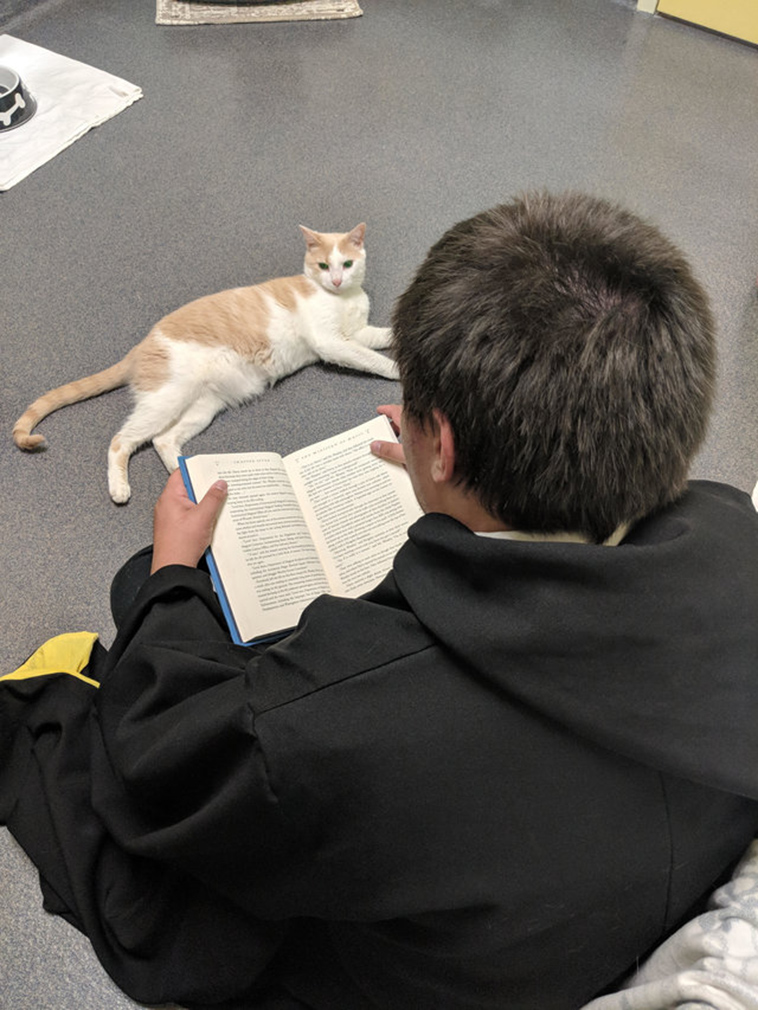 Mclntyre is willing to adopt Stevie after bonding with him: “As soon as I get the green light from my mother, I’m marching there and adopting him.” 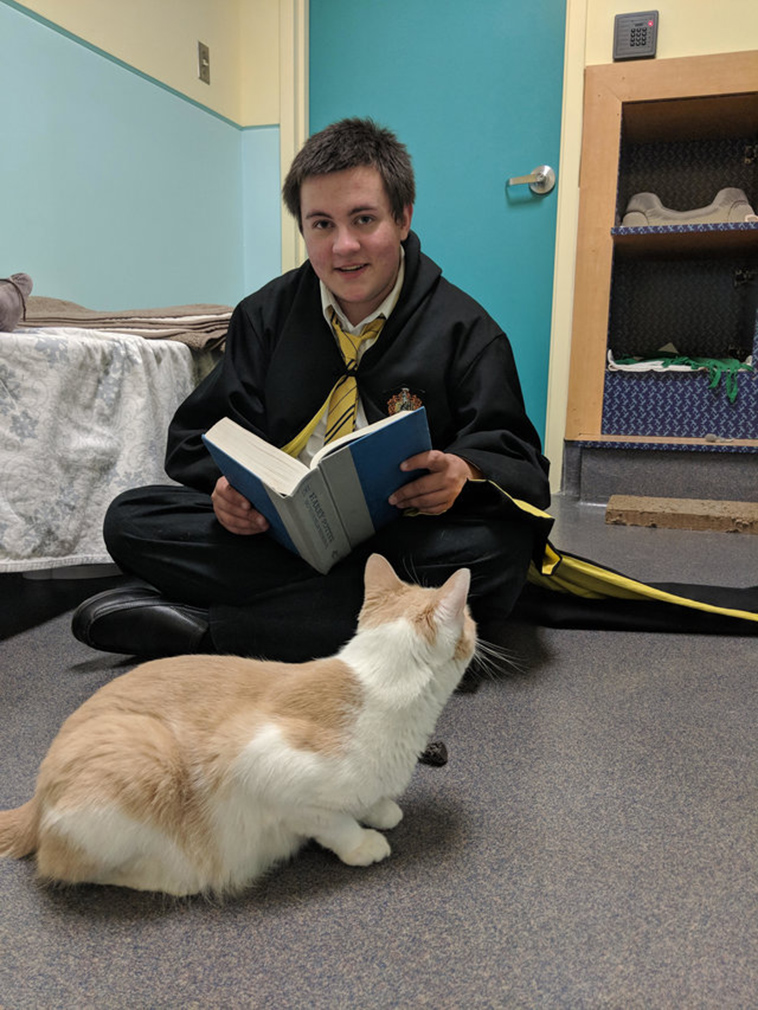 He added, “He lets me pet him now and kiss his head, and he’s become such a sweetheart. It took a while, but it’s worth it.” 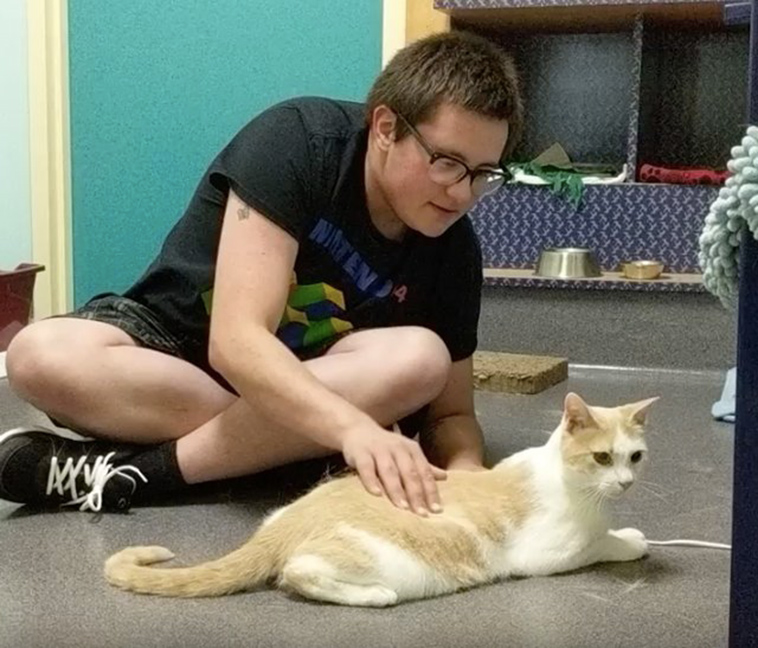