Have you ever made a mistake and then just decided to simply roll with it?  This is the story of Dale Irby, a gym teacher who accidentally wore the same outfit for “picture day” for 40 years.  Not really.  The first year, he wore it, and then the second year he realized after the fact that he had worn the same outfit the second year by total accident.

Deciding to simply go with it, after Cathy – his wife – dared him to.  He wore it every single year on “picture day” and it became a running gag that really worked in his favor until eventual retirement in 2013.  It’s neat to see how he ages as time goes on but that outfit is still there as a reminder of his initial blunder.  It’s good to see that he has a great sense of humor.  He was beloved because of it. 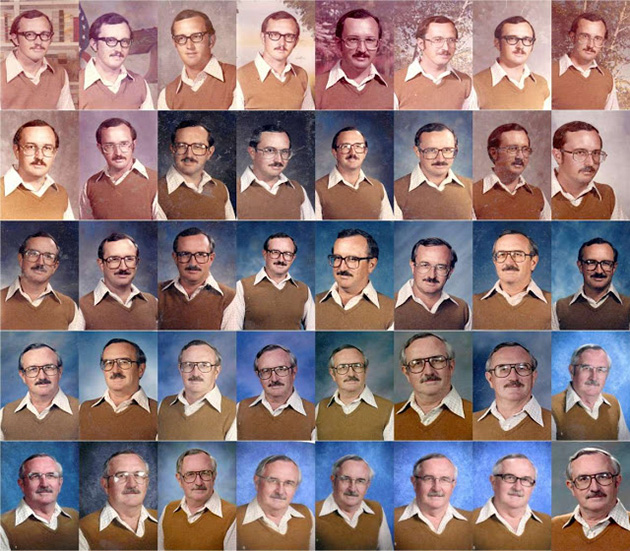