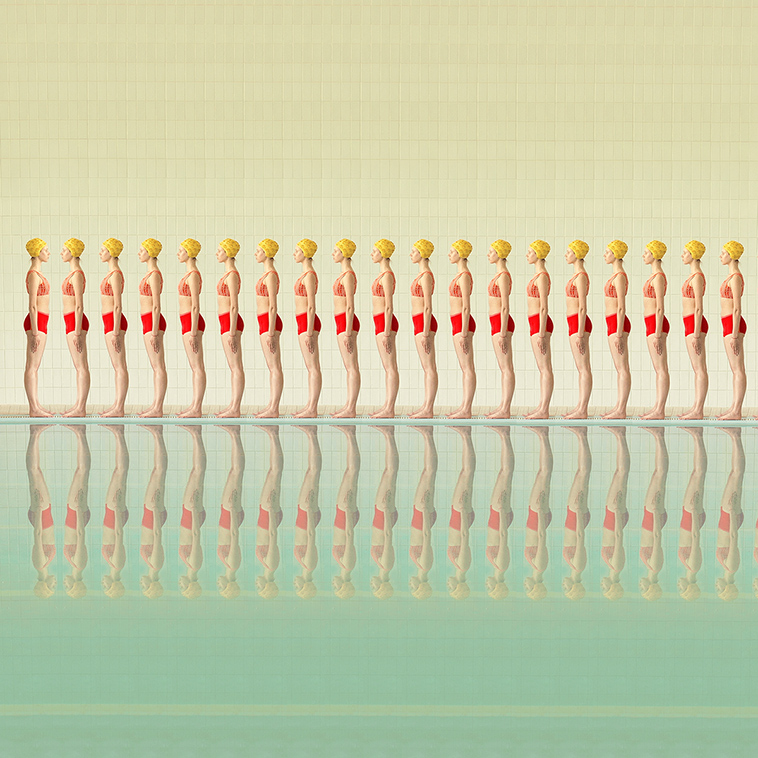 In Slovakia, a photographer named Maria Svarbova has an interest in historic swimming pools from the Soviet Era. Something about their geometric shape and aesthetics makes them appealing to her. So, she has taken a series of photographs where she captures the shadows and colors of the swimming pools beautifully. In other shots, she has her modeling subjects move as she takes their pictures. The subjects are told not to look happy or playful, though. She wants the subjects to look cold and emotionless to match the feel of the retro environment.

In 2014, Maria started this series of photographs which she has entitled “In the Swimming Pool.” After accumulating enough photos, she published them in a book called “The Swimming Pool Book.” You can purchase this book on Amazon. To see more of her photographs centered around Eastern European pools, head to her Instagram or Behance. (via Visual Fodder) 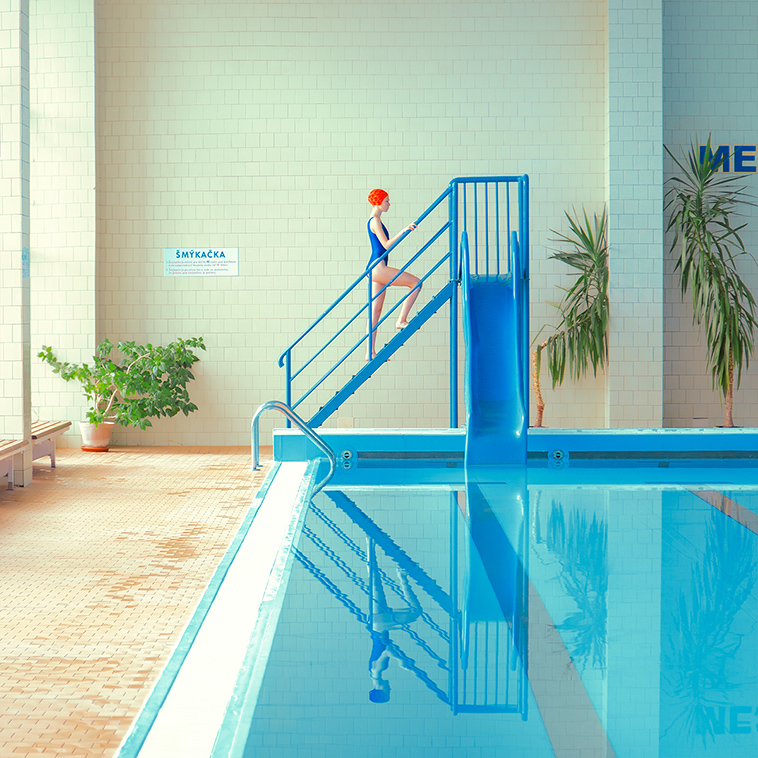 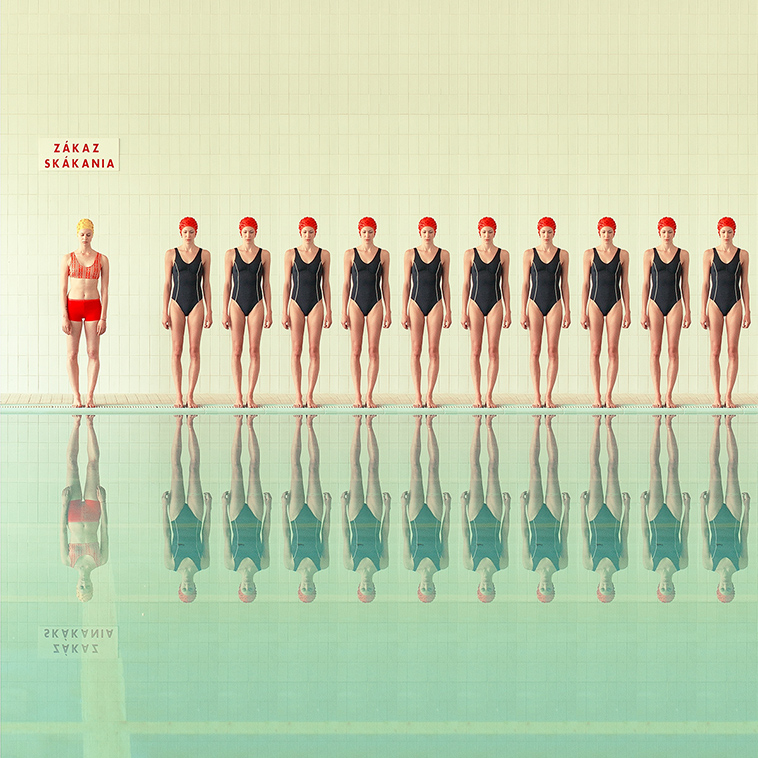 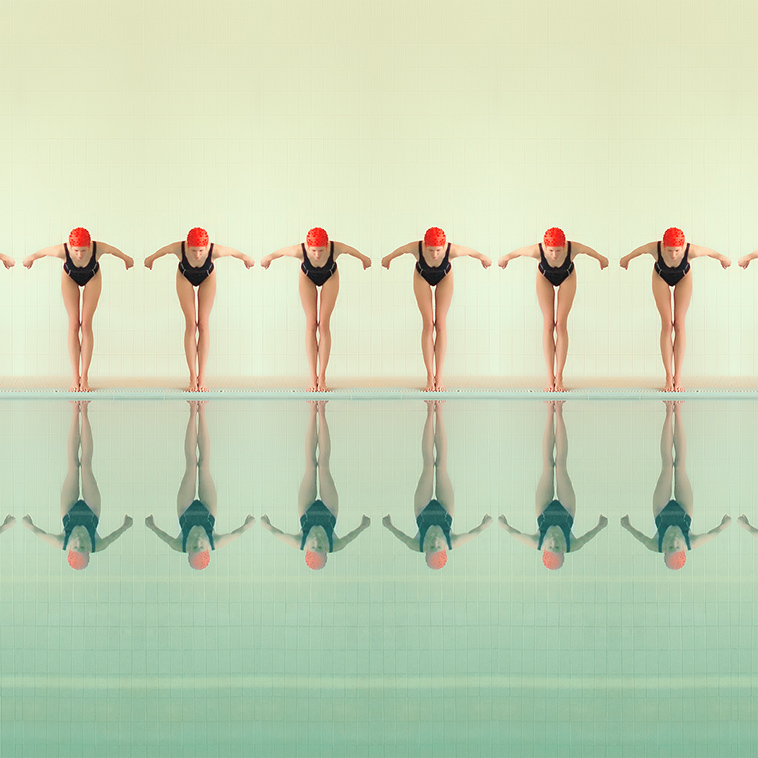 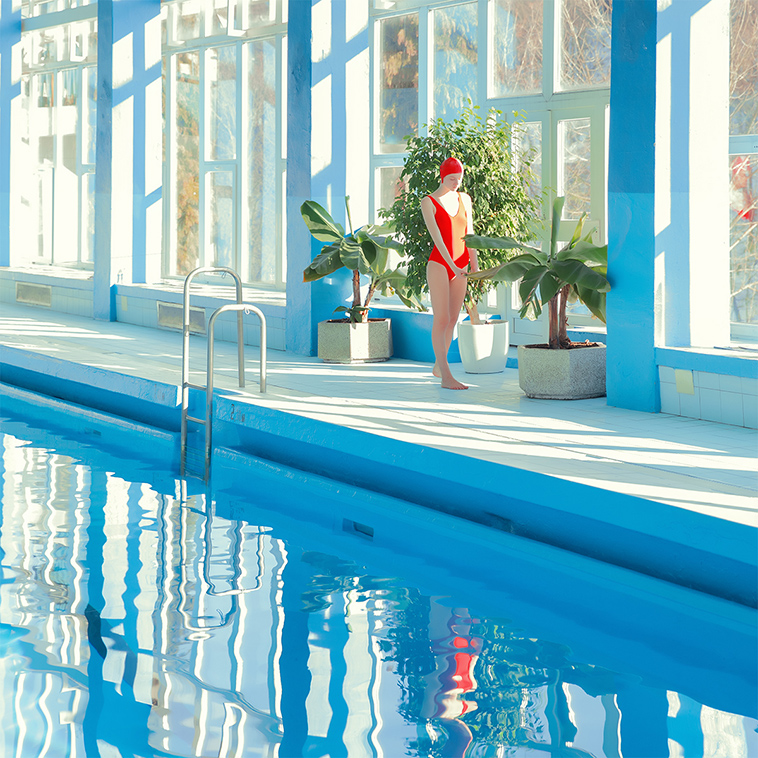 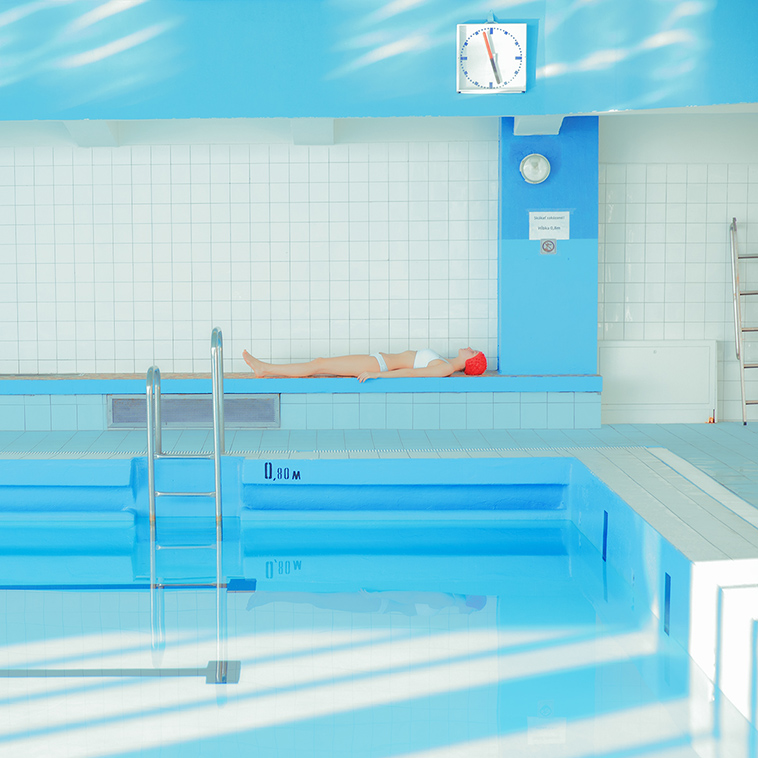 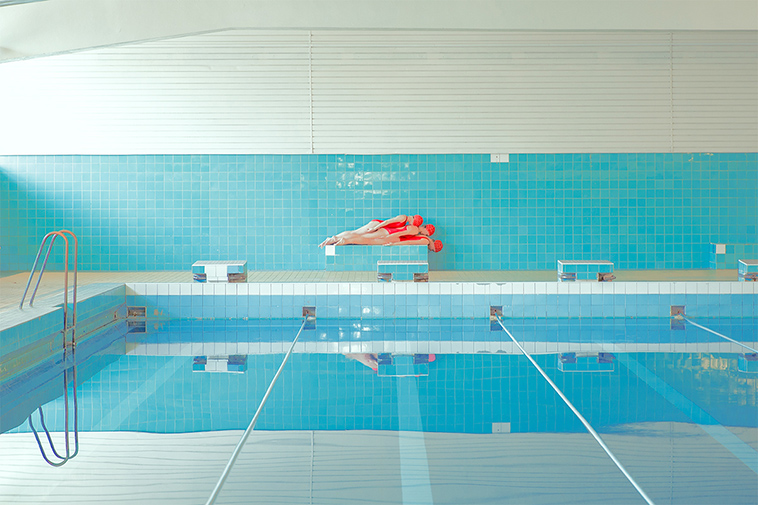 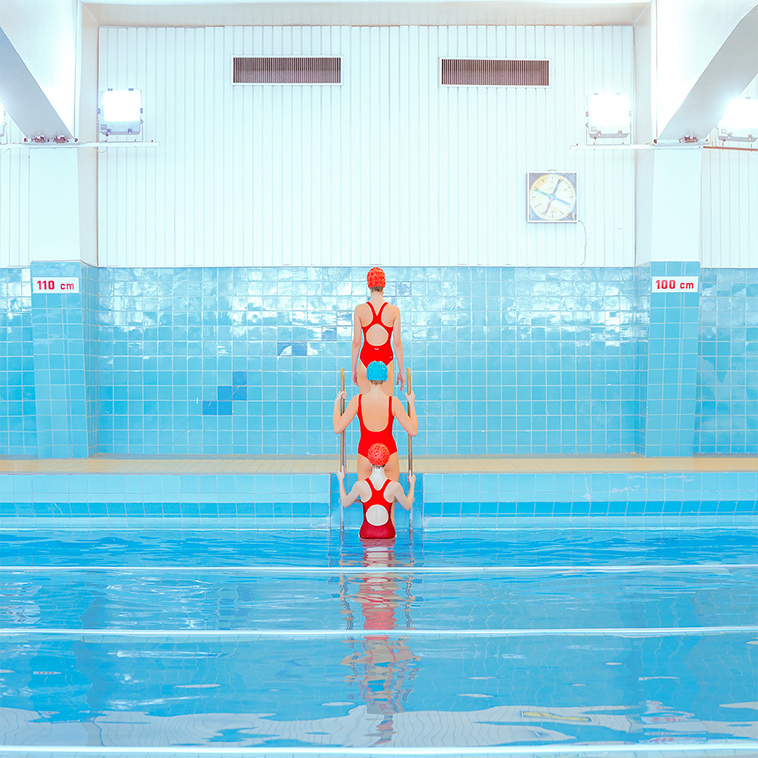 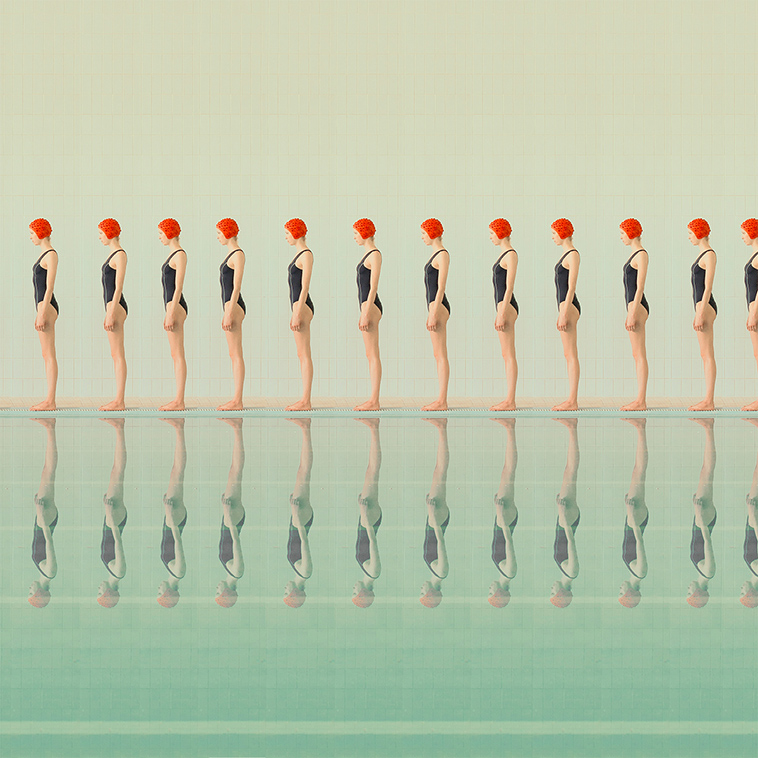