A population of sea wolves lives along the wild pacific coast of British Columbia. “We observed from exhaustive DNA studies that these kinds of wolves are genetically different from their continental kin,” says McAllister. “They behave differently and swim from one island to another while preying on sea animals. Morphologically, they are distinct – they have smaller size and are different physically from their mainland counterparts,” says Ian McAllister, a photographer who won an award and has been studying these animals for almost two decades. 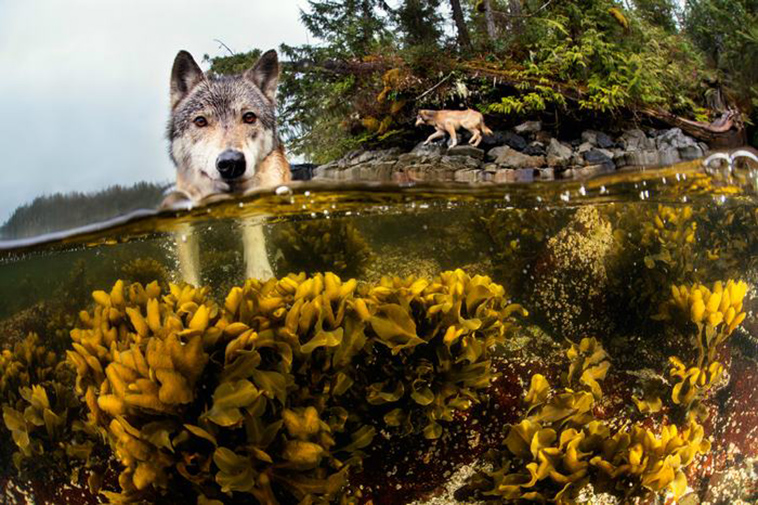 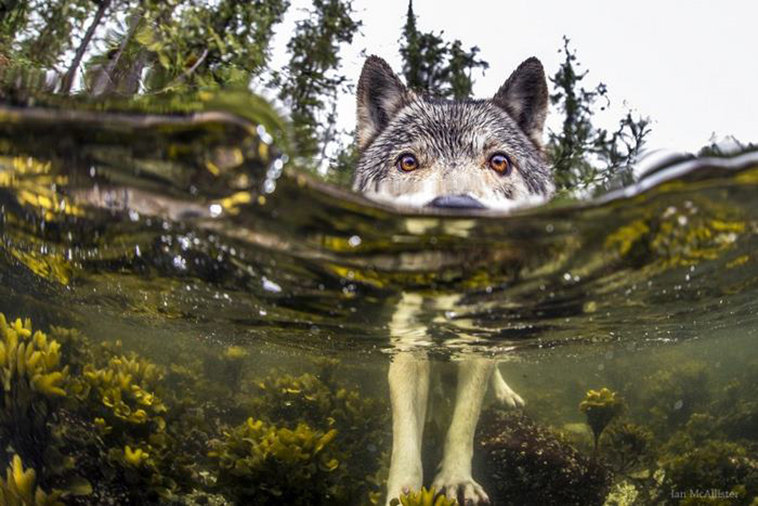 With the aid of breath taking pictures, he captured the magic of these wolves. When he swam towards the wolves, “the curious canine moved close to him that he could heard them grunting into his snorkel. After taking several frames, he then pushed back into deep water without attempting to look up.” writes the bioGraphic. 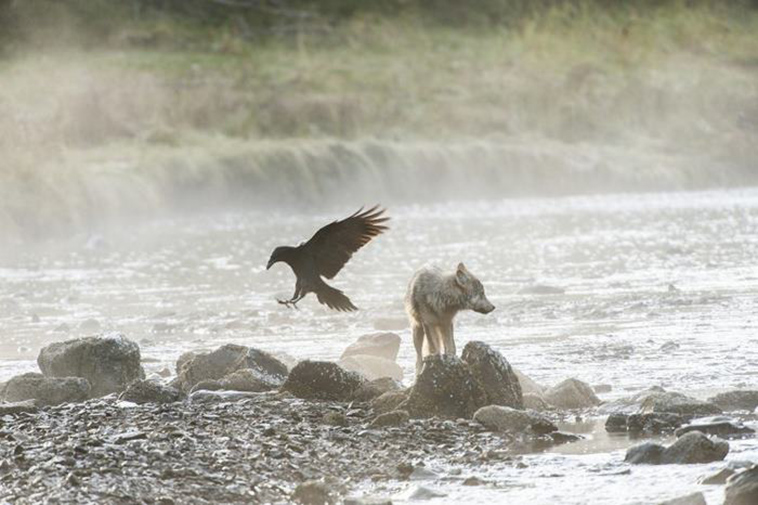 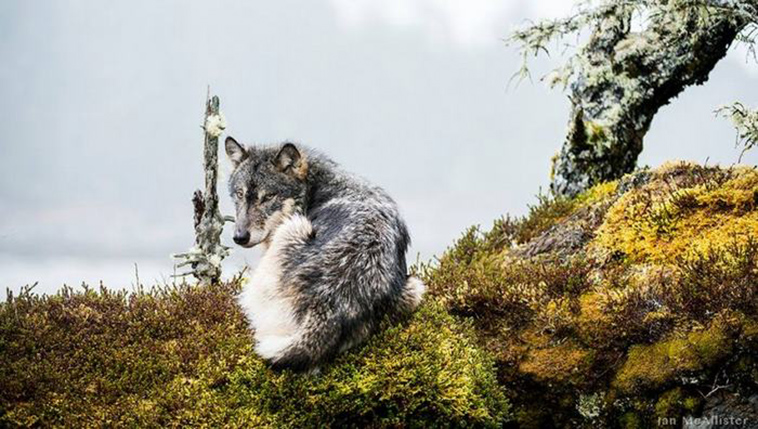 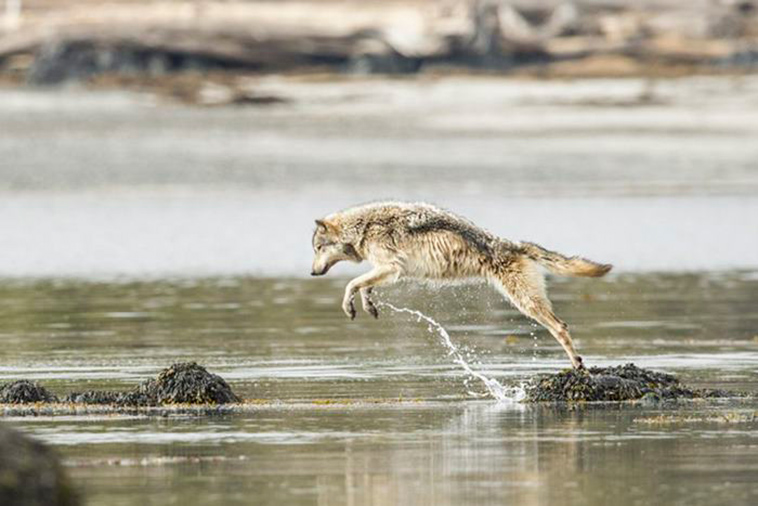 These sea wolves could be called pescatarians because 90 percent of their food comes directly from the ocean, and obtained a fourth of it by consuming salmon. Despite the distinctive food patterns, they are also excellent swimmers, swimming to an archipelago 7.5 miles from the nearest landmass is their farthest record. 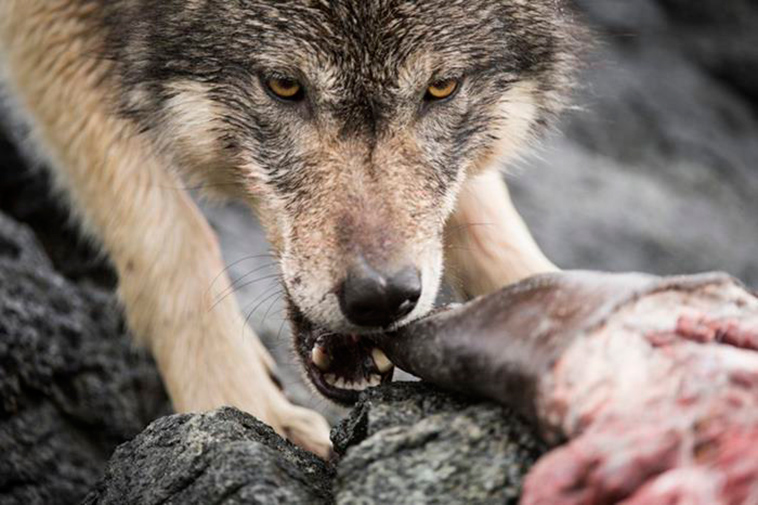 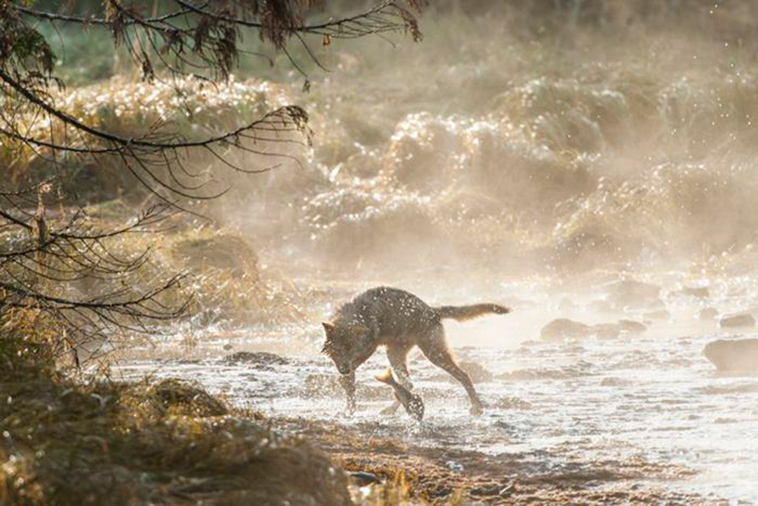