Finally, he’ll have the chance to be a puppy again.

Spyder began e as a neglected and abandoned dog and was eventually dumped in the streets of North Carolina. However, he wasn’t alone as he was dumped along with his friend and they both struggled to get through a day. Sadly, his friend couldn’t make it and he died.

Even after his friend passed, Spyder elected to remain by his side and refused to leave him alone. 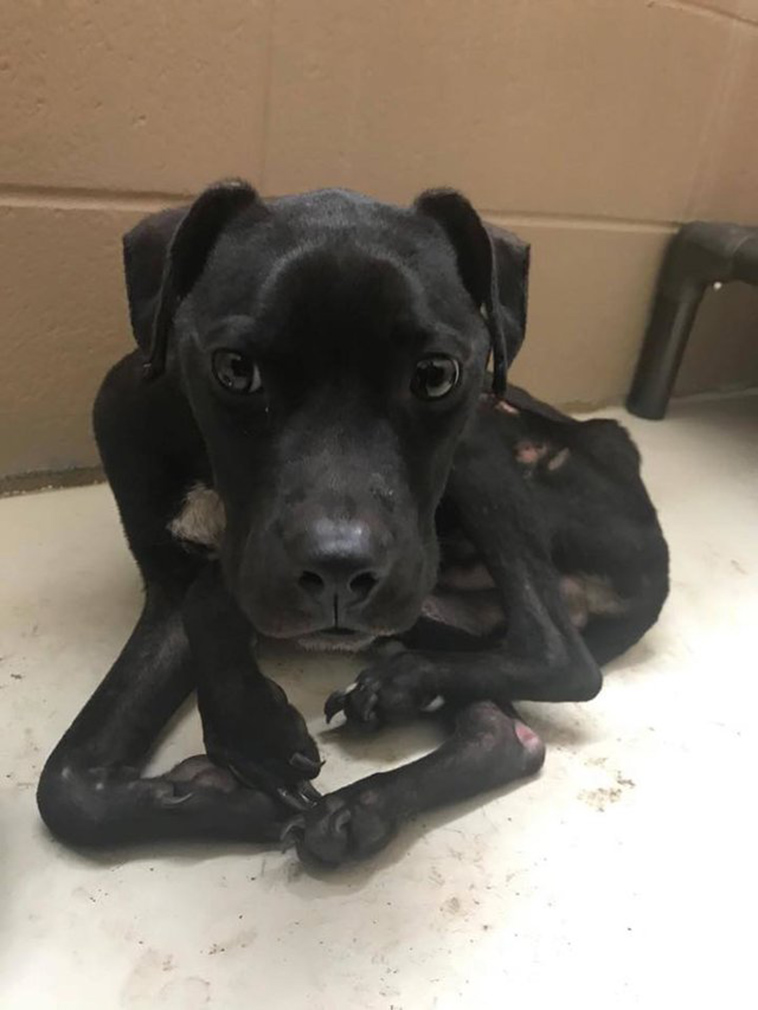 Poor Spyder was hungry and famished, but he chose to stay with his friend rather than go out and source for help. He had a strong sense of loyalty, and he couldn’t stand to leave his friend alone. Finally, a passerby noticed him clinging to his friend and decided to call for help. Animal control was on ground to rescue him, and they took him to a local shelter where he got the help he needed.

“When he was picked up, he was really wary of people. However, I think he was also happy to see help come his way because he was so weak and was even covered in open wounds”, said Jacquelyn O’Sullivan of Rescue Dogs Rock NYC. “He wouldn’t have been able to survive on his own, especially out there” 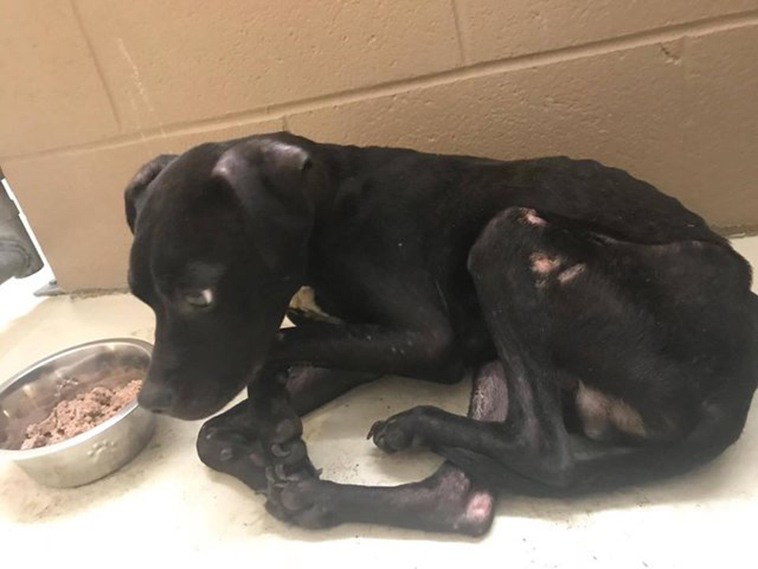 Ever since the dog was found in Halloween, and was also all black, rescuers christened him Spyder. 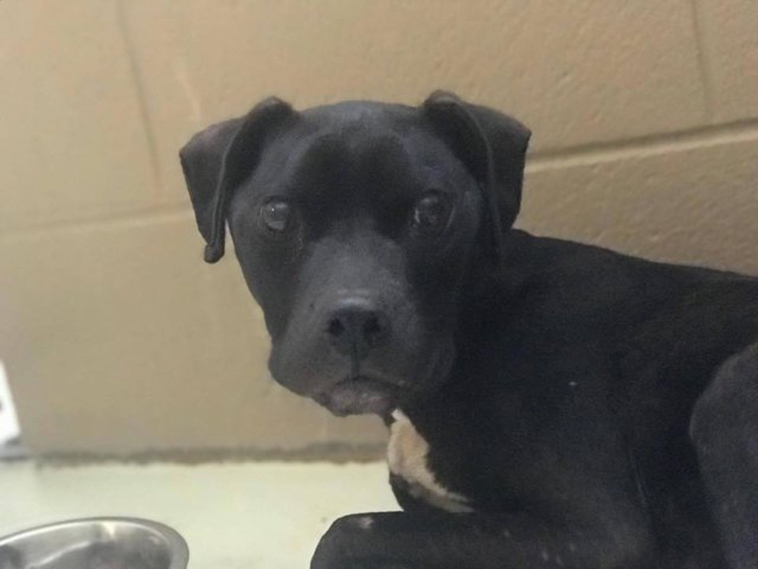 After Spyder was examined at the shelter, he was found to have parasites, overgrown nails, missing fur patches, and various infected wounds all over his body. He was severely emaciated, dehydrated and anemic. The shelter was worried that the dog was just too medically challenged to be taken care of by them so they contacted Rescue Dogs Rock NYC and the transferred him to their site. 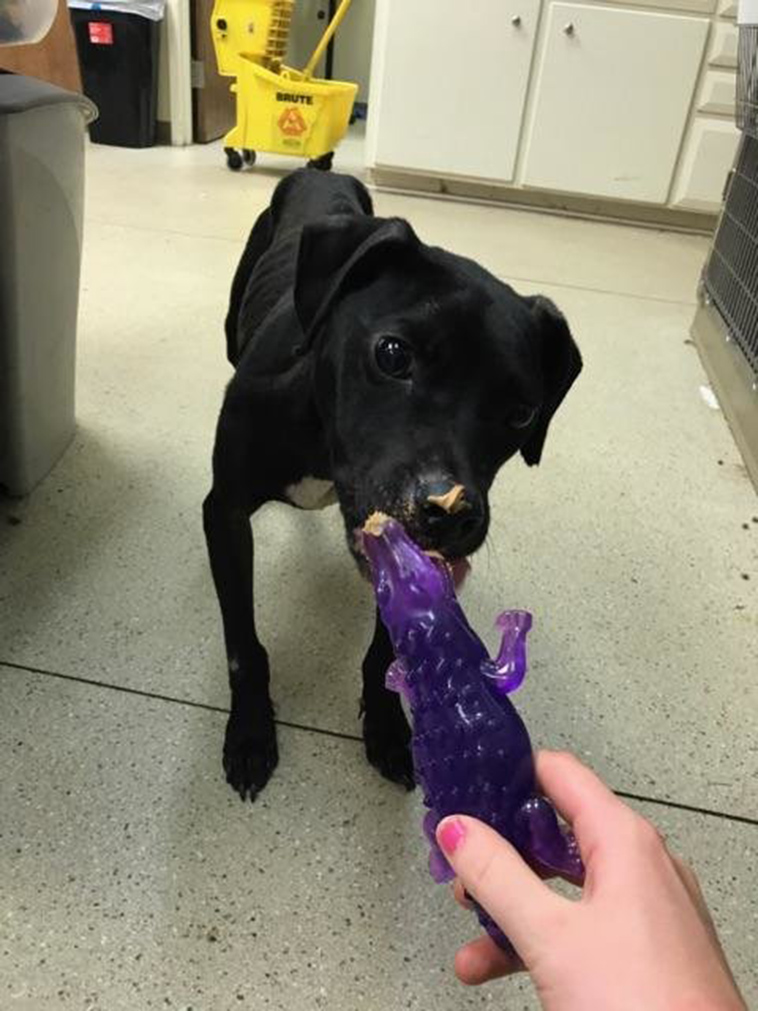 Spyder was taken to the rescue’s vet partner in South Carolina, and they immediately put him on antibiotics and IV fluids. When he arrived, he weighed only 15 pounds and it was obvious that a lot of work had to be done in order to get him back to full health. However, staff are really confident that he’ll make a full recovery, especially as his condition seems to get better by the day.

“Although he’s still a tad shy and wary of strangers, he’s doing pretty well”, said O’Sullivan. “He gets stronger every day, but he also has a long road back both mentally and physically” 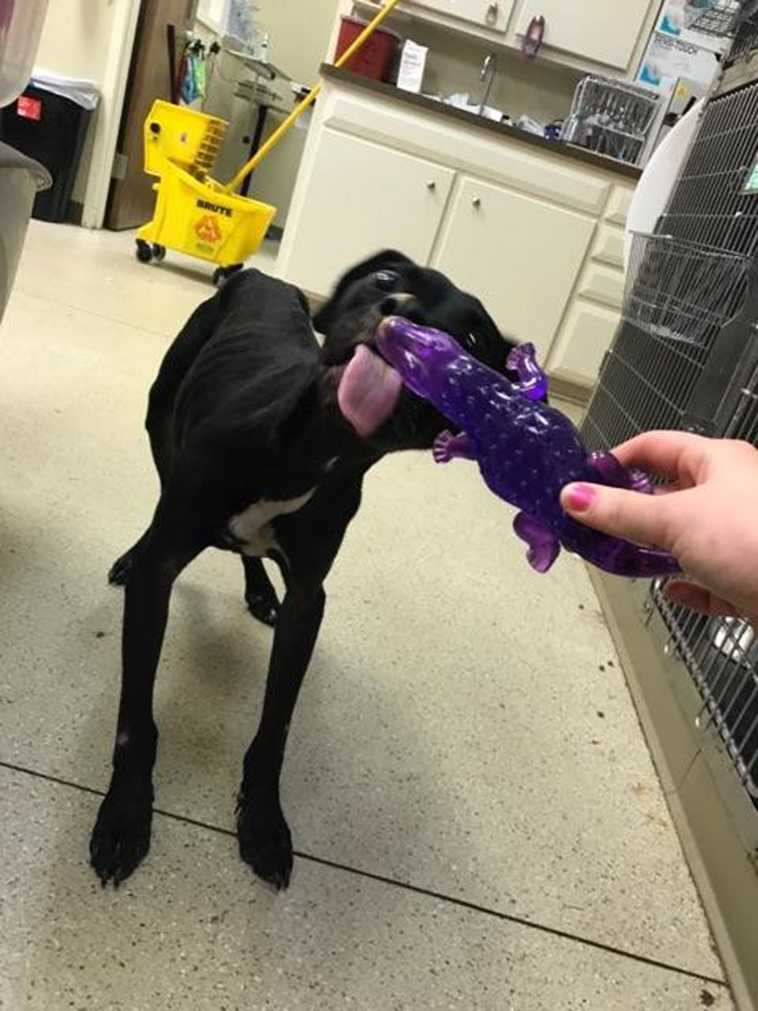 Spyder is an incredibly loyal dog who chose to stay with his best friend even after he’d died. He has also proved that he’s got a fighter in him and he can soldier through the worst of circumstances. His sweet personality is beginning to find expression and he’ll be able to go on to a forever family to get all the love and affection he needs as soon as he makes a full recovery.

Like to adopt Spyder (that’s once he’s strong enough to go off to a forever home, of course)? Feel free to contact Rescue Dogs Rock NYC for more information.