Soldiers can be ruthless at war, but even they are in need of love. While at war, animals around the war field also get close to soldiers as they need company too. The soldiers in turn provide shelter and food to the animals, so that they can reciprocate the love and also have a good and loyal company in the remotest war torn places. Both the soldier and the pet enjoy each other’s company and they find solace in each other amidst the harsh cruelties taking place during the ongoing war. Shown below are some of the heart touching images that depict the bond between pets and soldiers.

Kitten adopted by Marine Sergeant Frank Pratytor after its mother got killed.

Cute cat with a soldier in Afghanistan. (h/t: thedodo)

Marine Sergeant Frank Praytor Feeding An Orphaned Kitten. He Adopted The Kitten After The Mother Cat Died From The War. 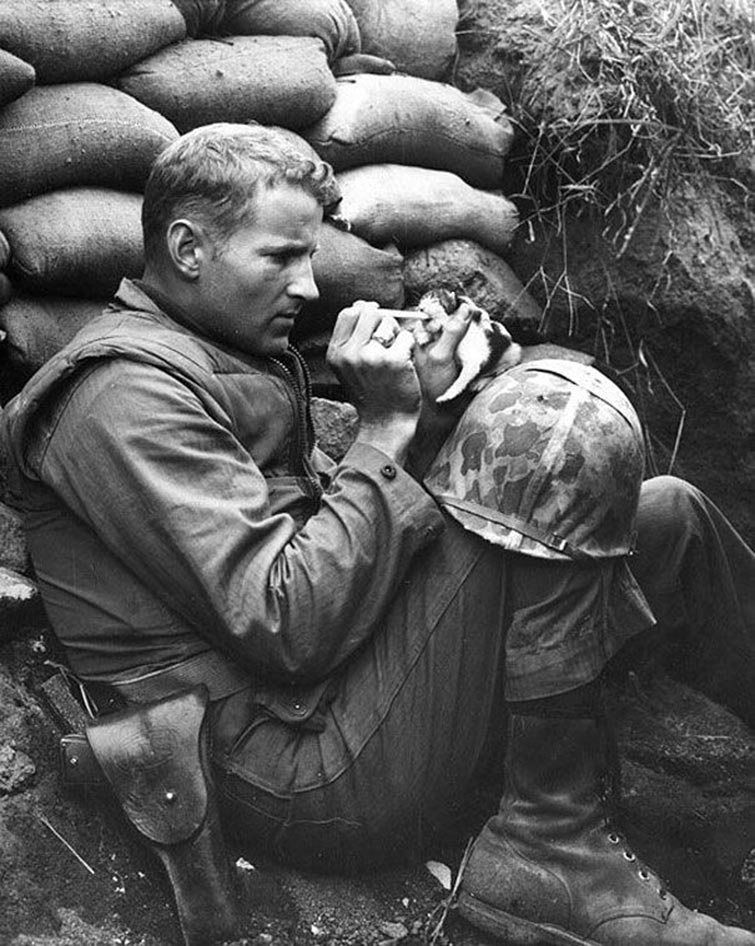 My Shy Friend In Afghanistan 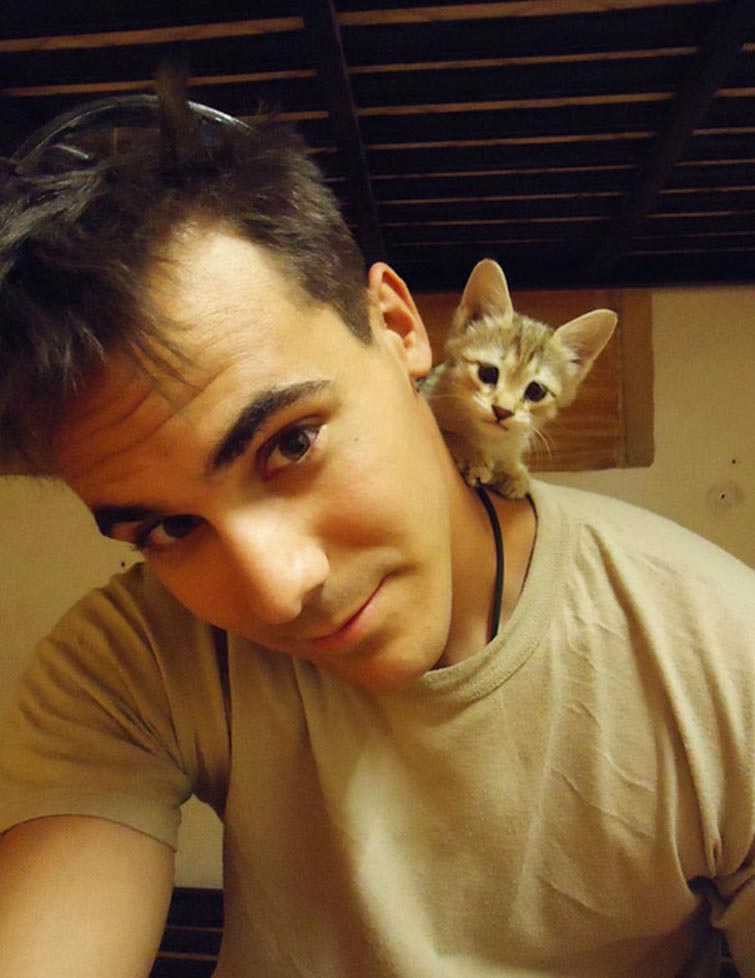 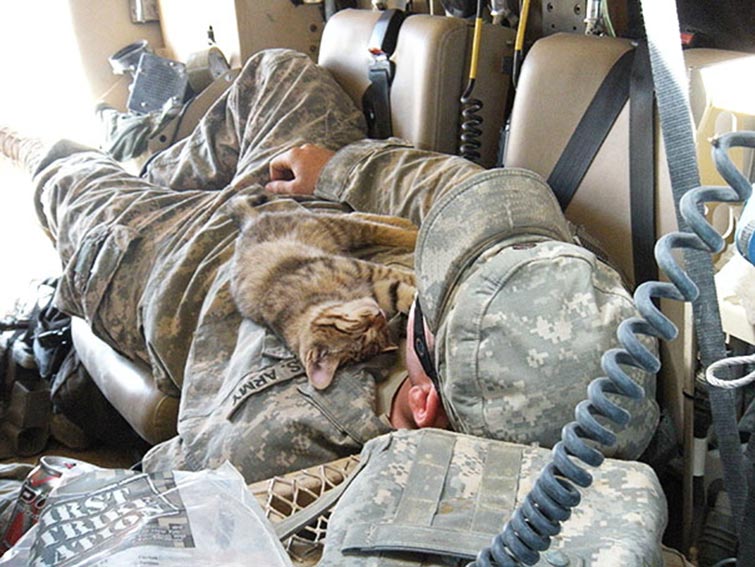 Marines Give Breakfast To Stray Puppy 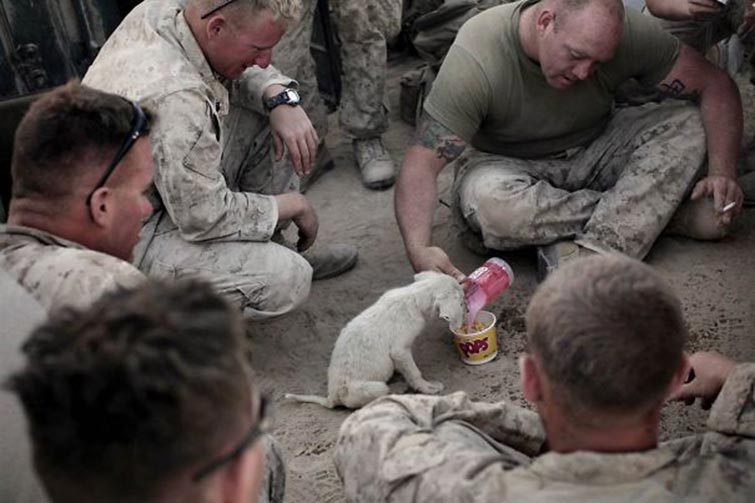 My Friend Rescuing A Dog In The Streets Of Afghanistan 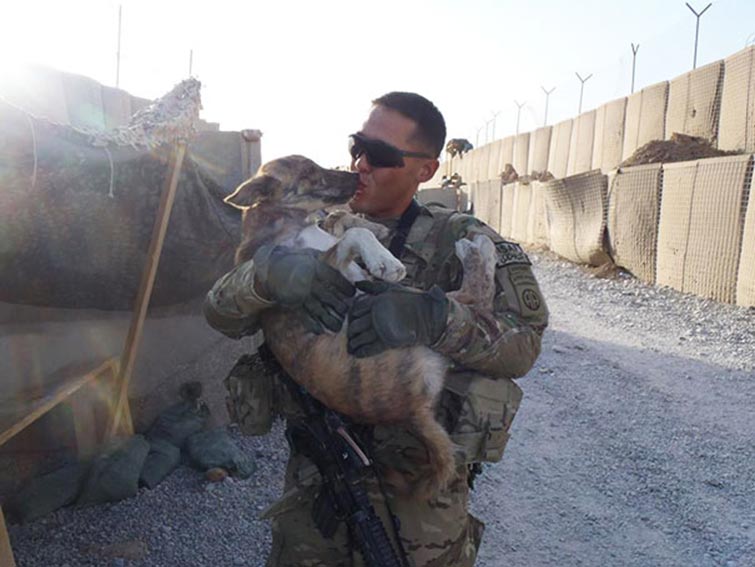