We have all seen black and white photographs that were taken during World War II. But, have you ever seen sketches that were done by a World War II soldier? A former soldier by the name of Victory A. Lundy had made numerous sketches on paper throughout his time at war. At just 19-years-old, the aspiring architect had dreamt of rebuilding Europe after the destruction that the war caused it. After he enlisted in the Army Special Training Program, he never thought he’d be battling on the Normandy beaches during D-Day. In 1944, Lundy found himself in the US 26th Infantry Division, but that didn’t stop him from sketching as much as he could during the war. 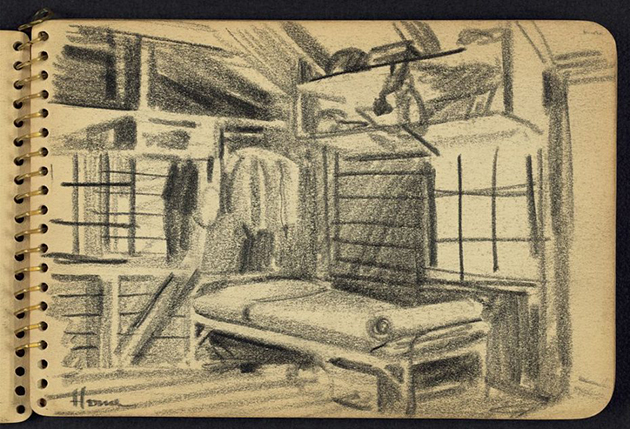 Once the war was over, Lundy ended up with a diary that contained 158 pencil sketches that he had done. Lundy later went on to follow his dream and become a successful architect. Many years after the war ended, he donated his diary of sketches to the Library of Congress. The diary consists of eight spiral sketchbooks that are 3” x 5”. Some of their pages did not survive the war but many of them are still in those books. 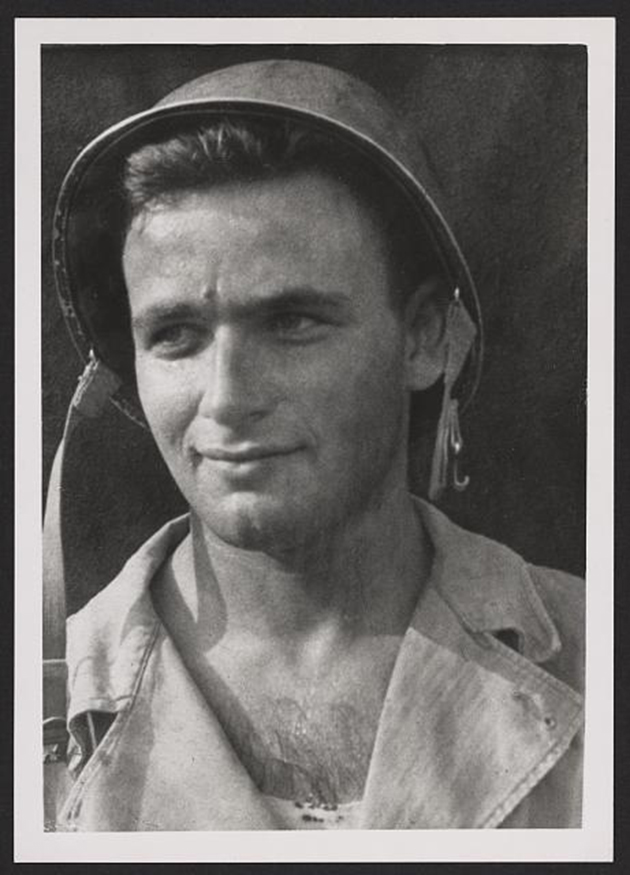 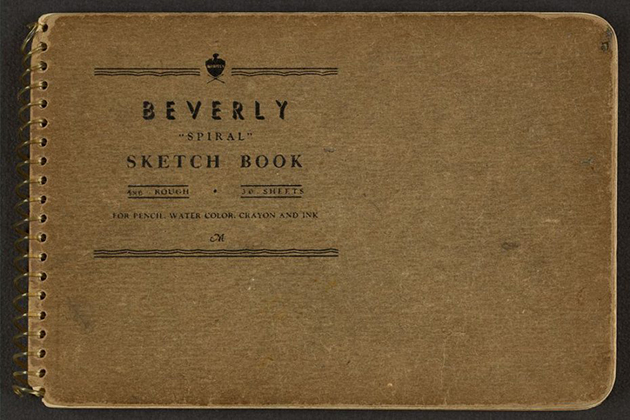 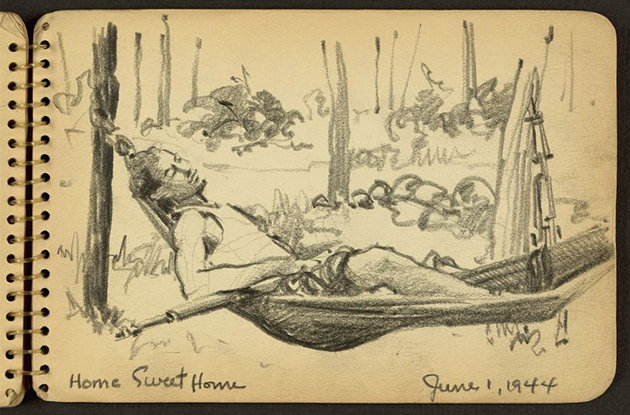 “Before payday– shooting craps for cigarettes.” 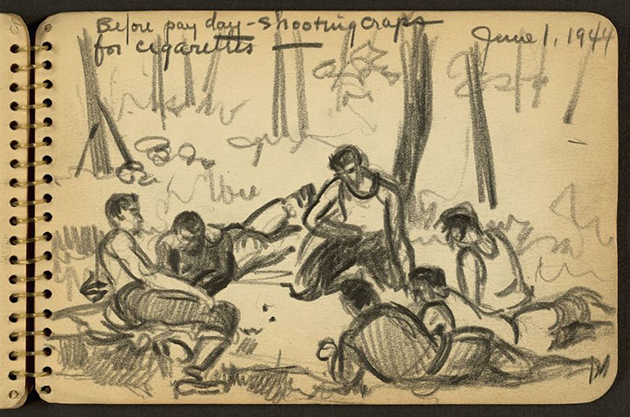 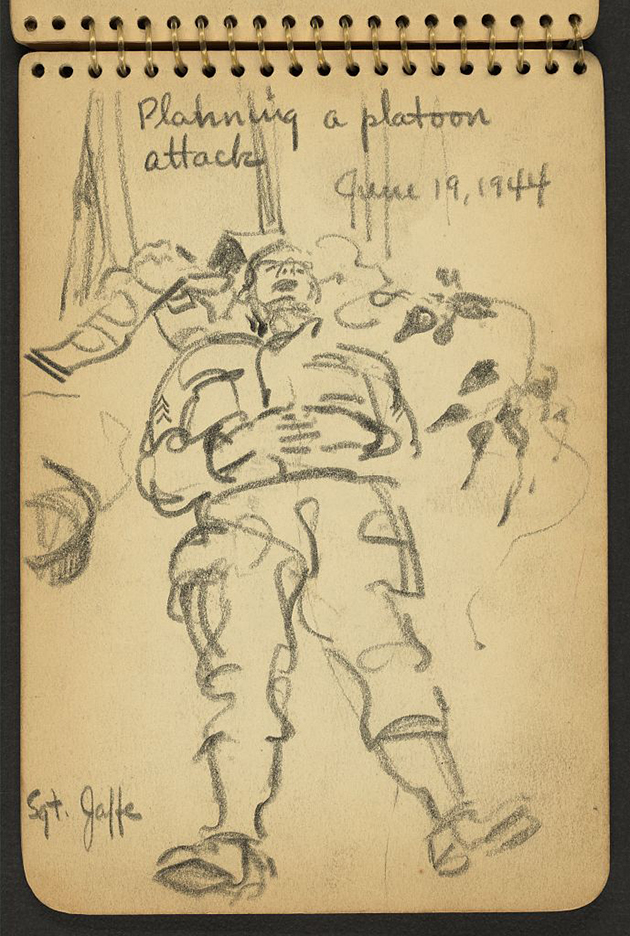 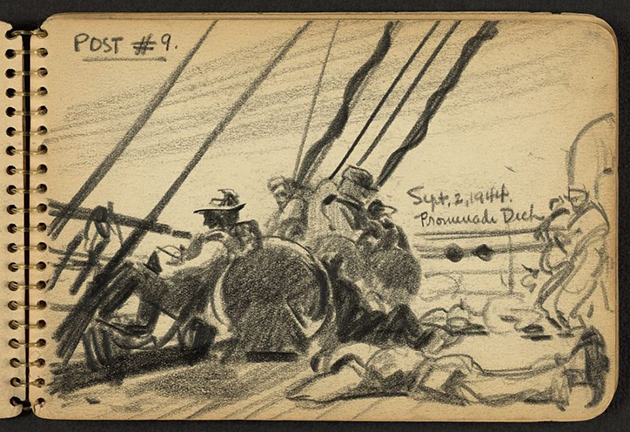 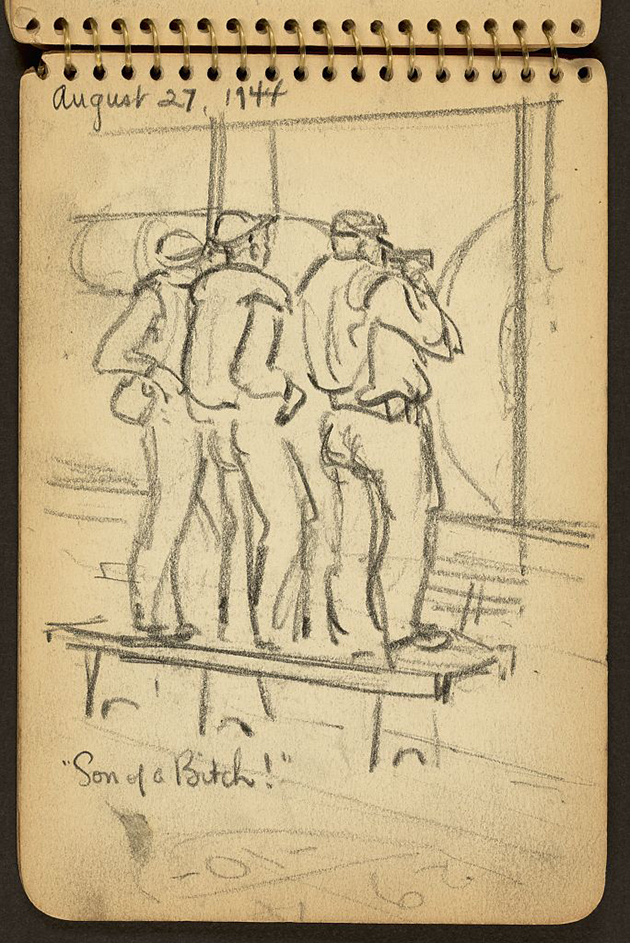 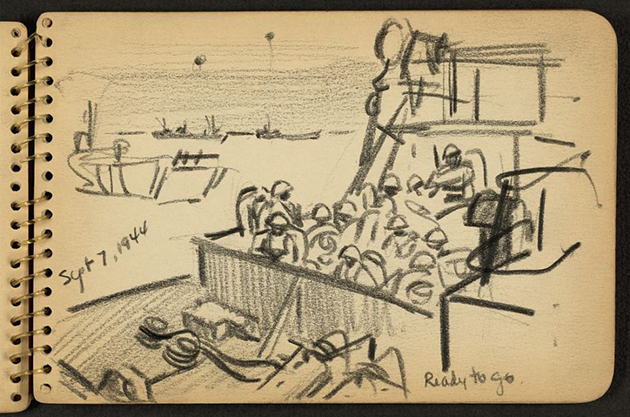 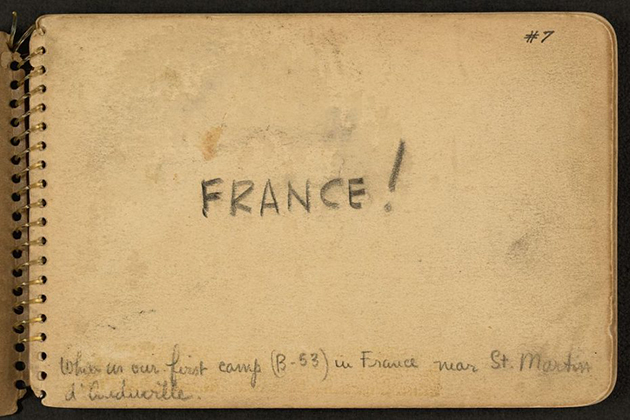 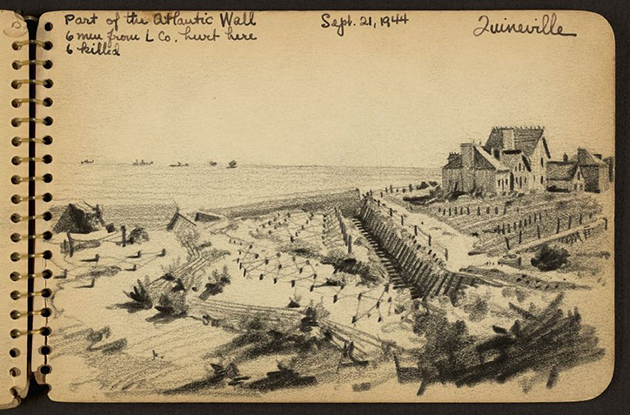 “House where Kane & I got the roast chicken & cognac” 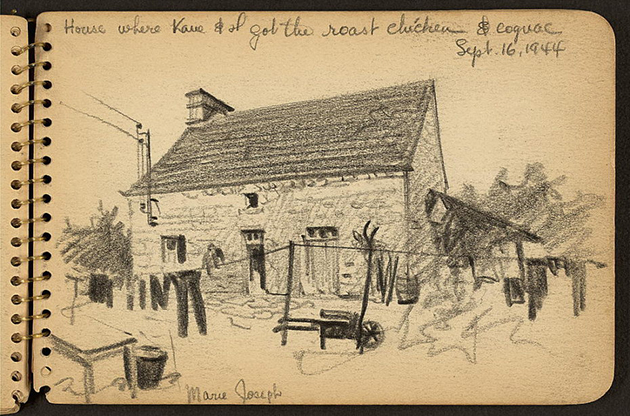 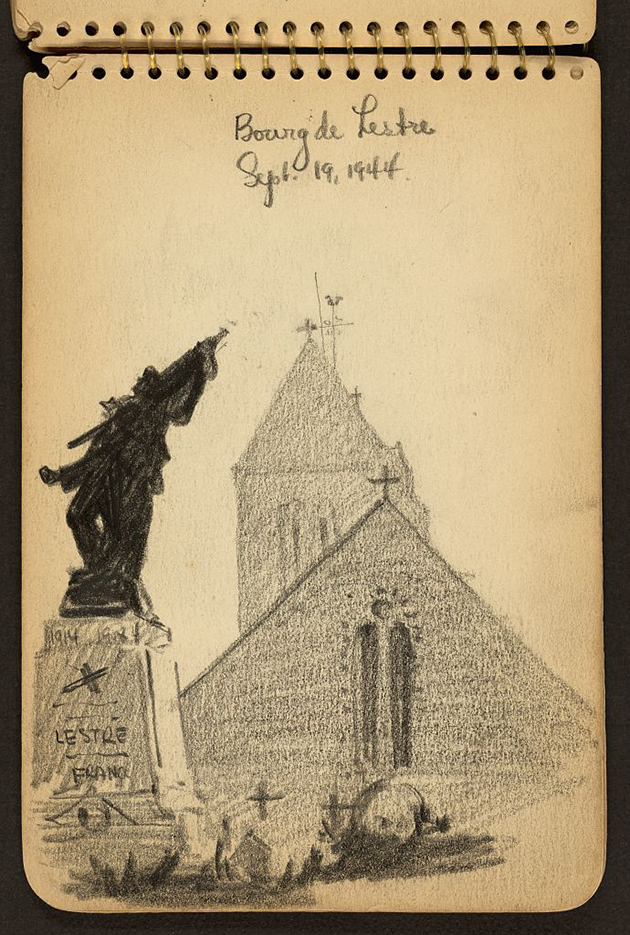 “Café where the 2 French girls bought us 4 bottles of cider, Quinéville” 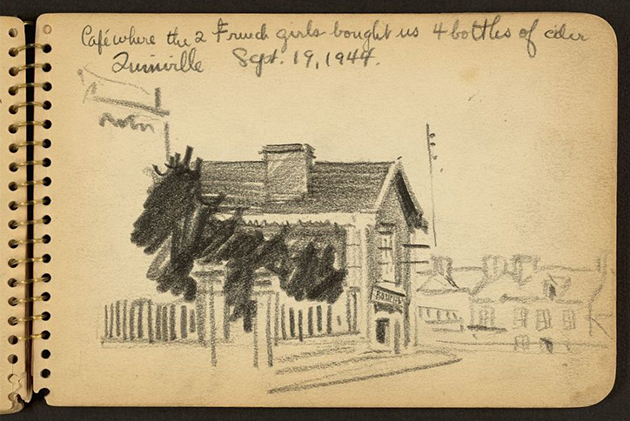 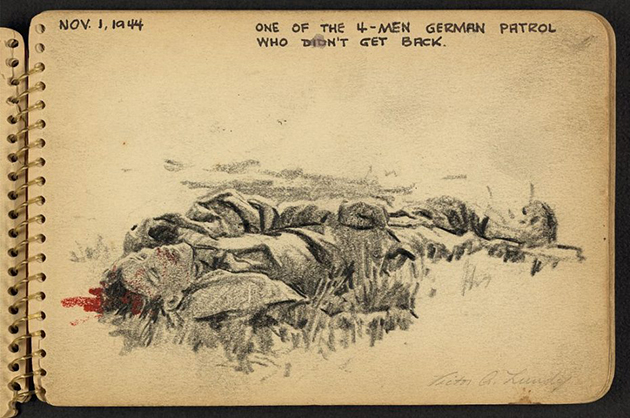 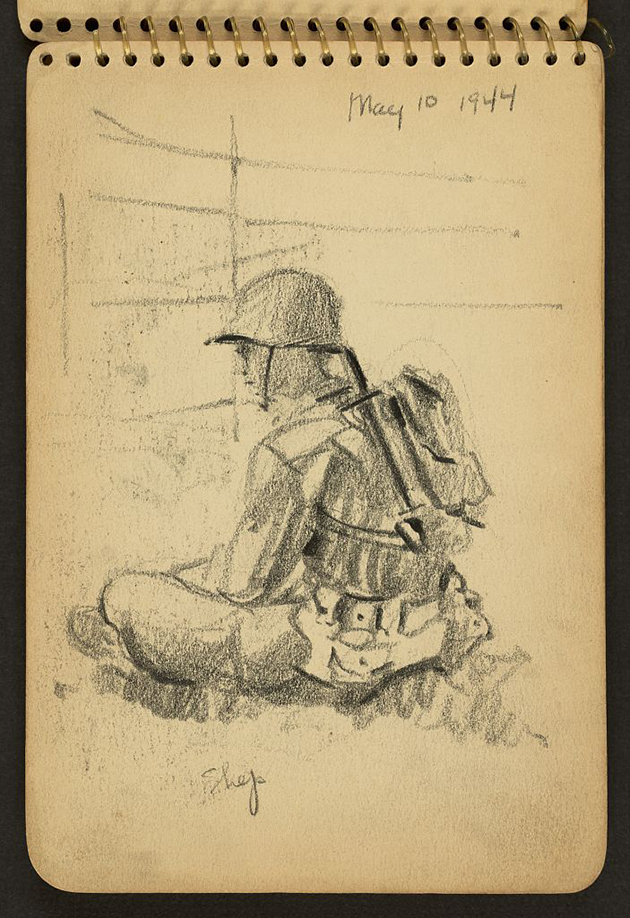 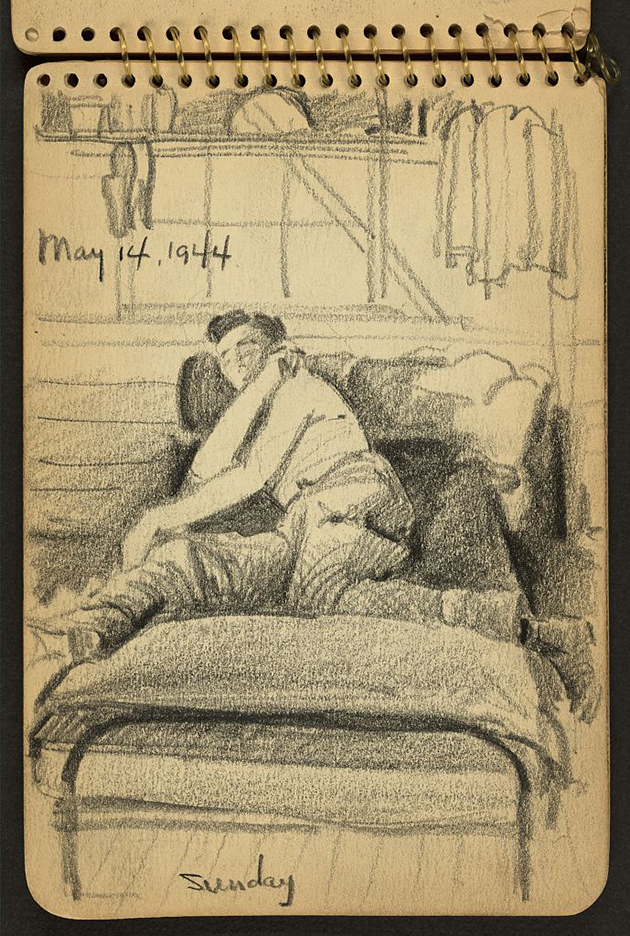 “View from my bunk” 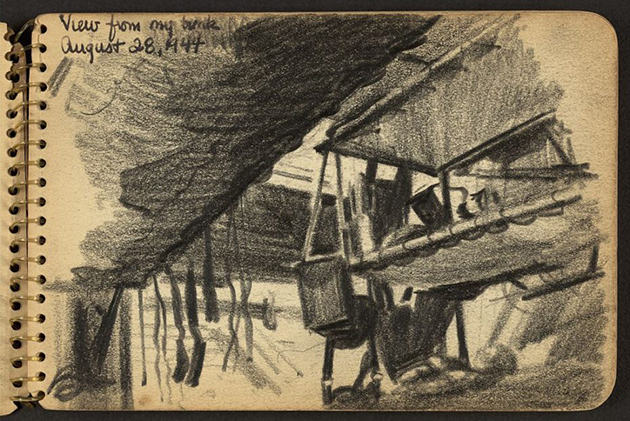 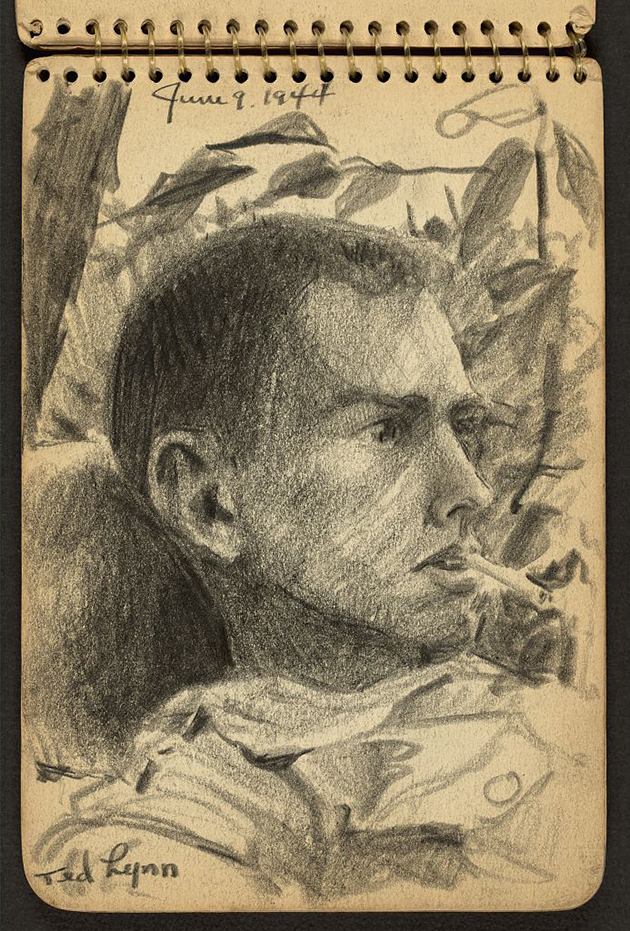 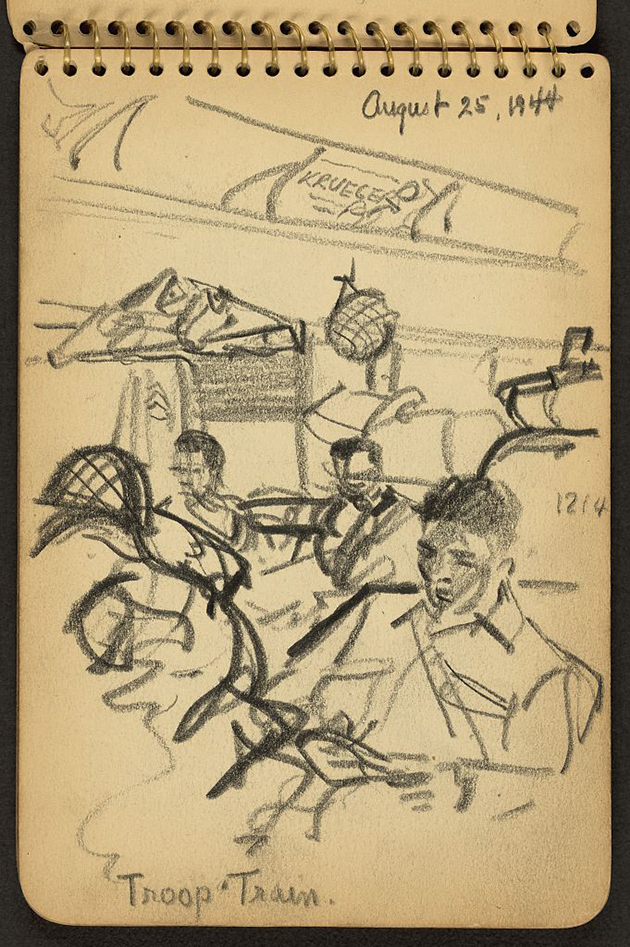 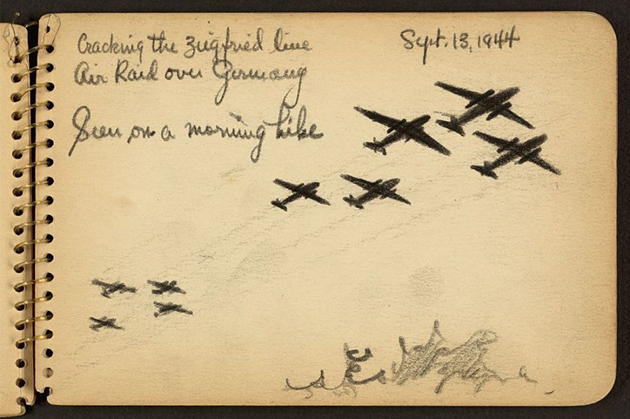 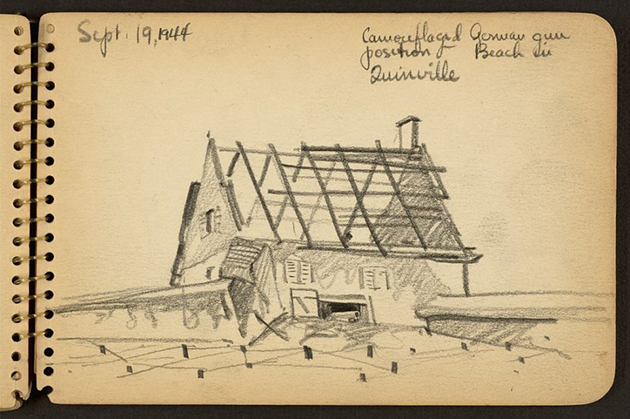 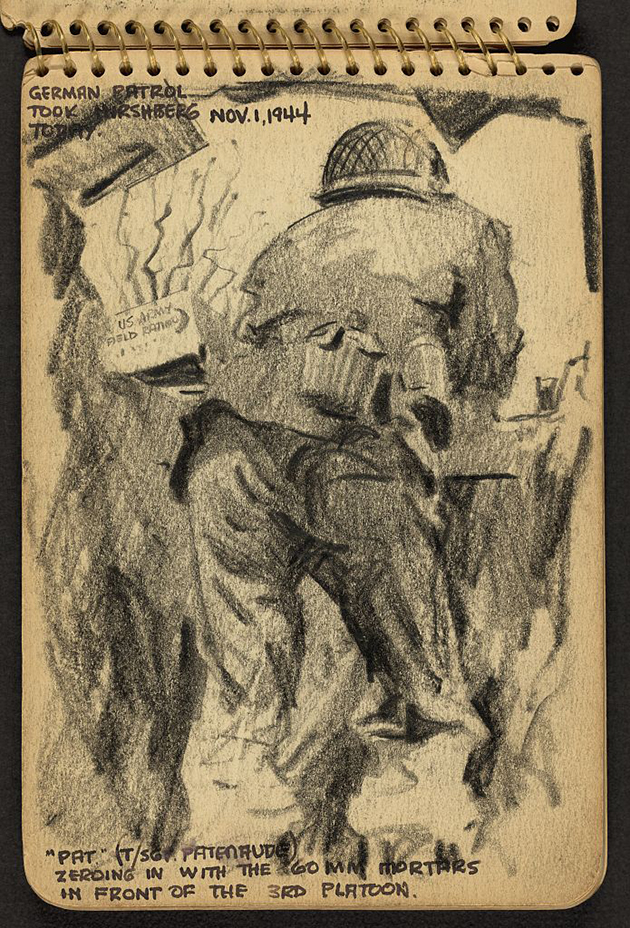 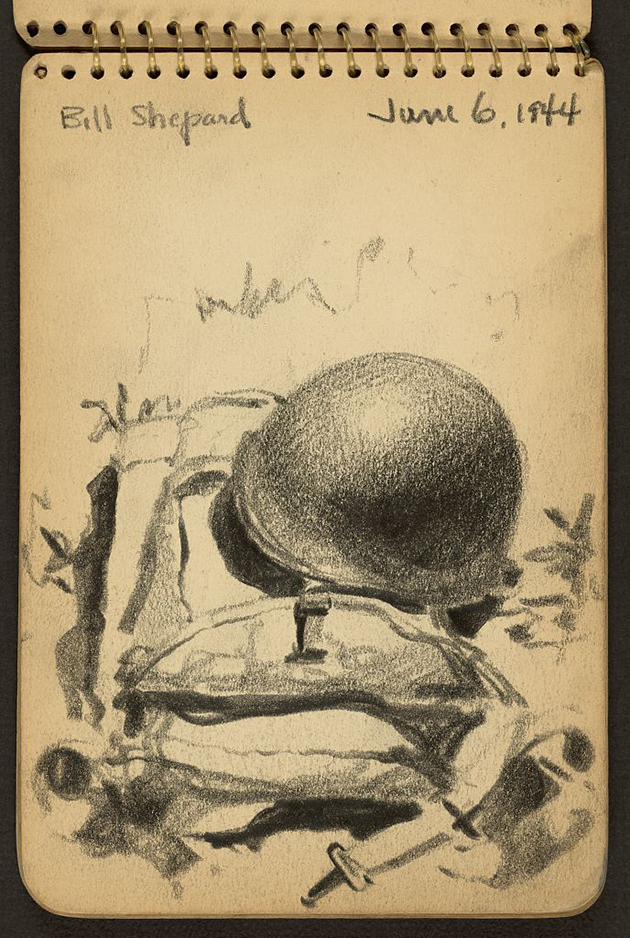