Alla love taking photos of her beloved pets but loves her pets even more! It shows in her work and it seems the world agrees because no one can get enough of these wonderful images. 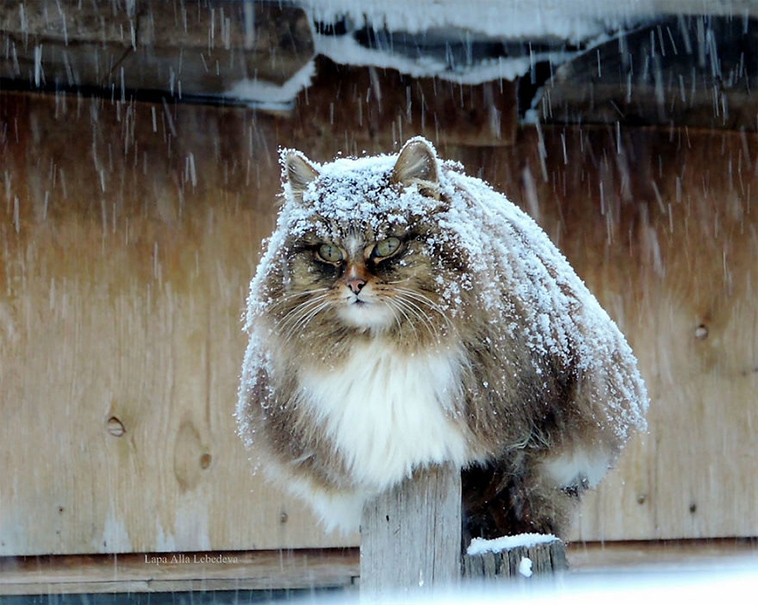 Unbeknownst to her, due to everyone’s love of these photos of her litter of cats, they have been popping up all over social media and some have even been turned into cute little kitty jokes! 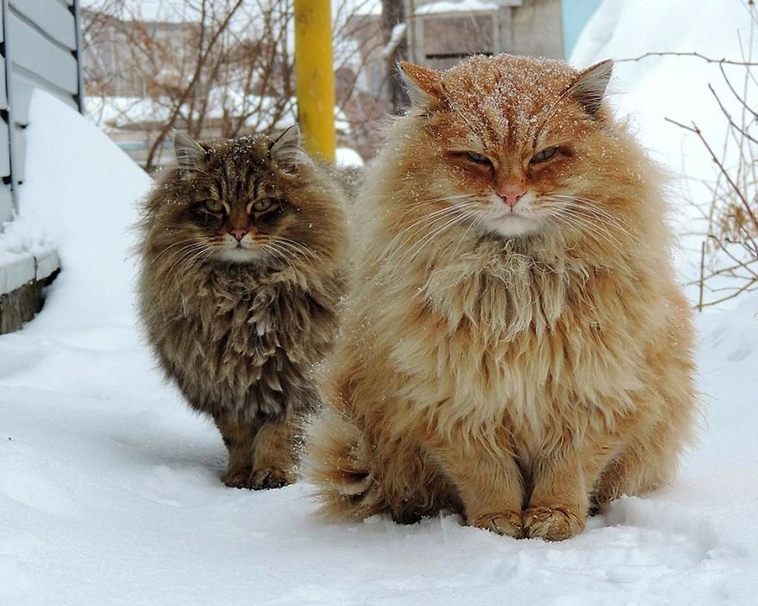 Alla said she noticed, a few years back, that her pictures had gone viral on the internet. She first saw her photographs on a website that talked about Norwegian cats and used her work. Not only once, but they used them twice and never gave her the rightful recognition she so justly deserves.  Since then, her cats’ photos are circling the world as “Norwegian Cats”. 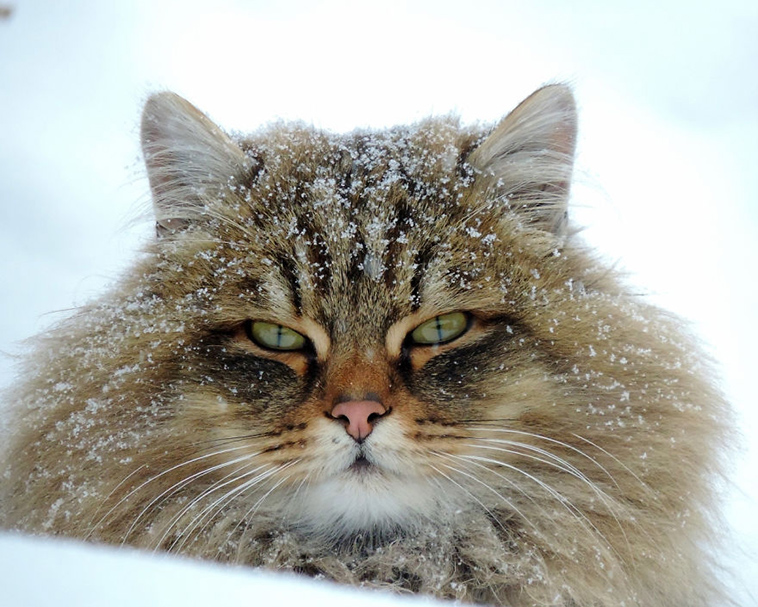 She lives on a farm with her husband Sergey at the outskirts of Barnaul in western Siberia in the settlement of Prigorodny. They have been raising and caring for cats for more than a decade. Her first pet was Babushka who became the ancestress of their ever-growing litter of furry friends. Babushka had given birth to five ginger kittens in 2004 and now their farm is overrun with their adorable, loving little creatures. 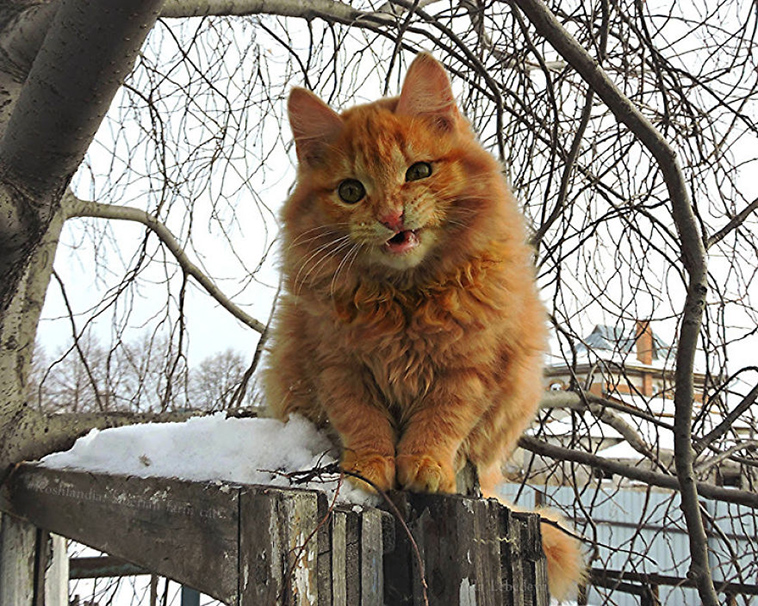 She said, when asked how many cats they have, she believes around a million or more! They live in the henhouse, they sleep on the polati, and even have three bedrooms to sleep in but, that depends on how they feel. Their cats protect the chickens and rabbits from rats and mice. 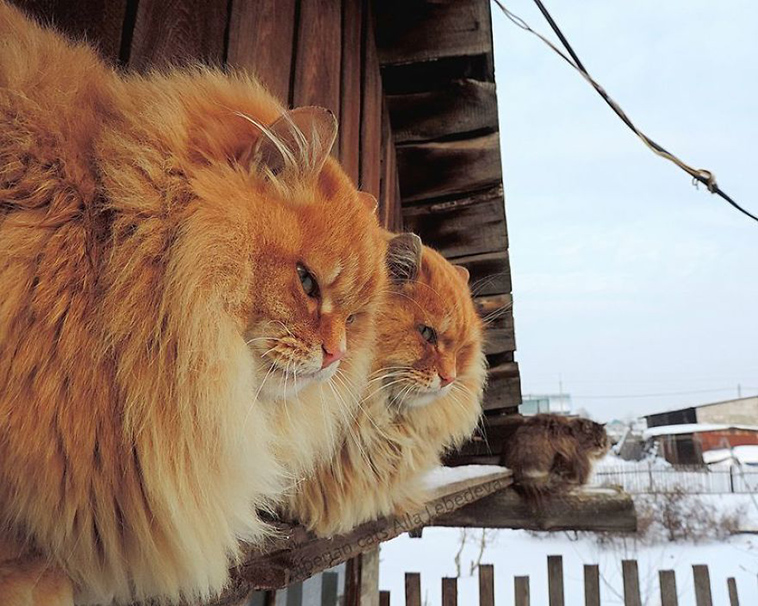 Alla, herself, has joked about where they live. She calls it Koshlandia which means the Land of Cats! 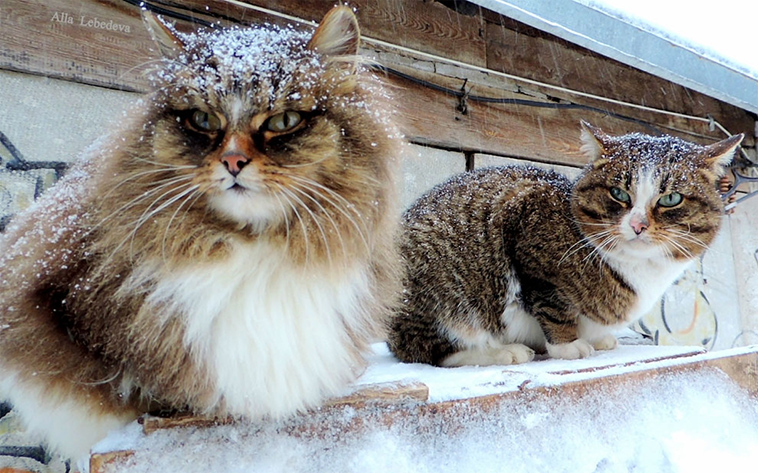 Scroll down and check out these beautiful cats that live with Alla & Sergey! 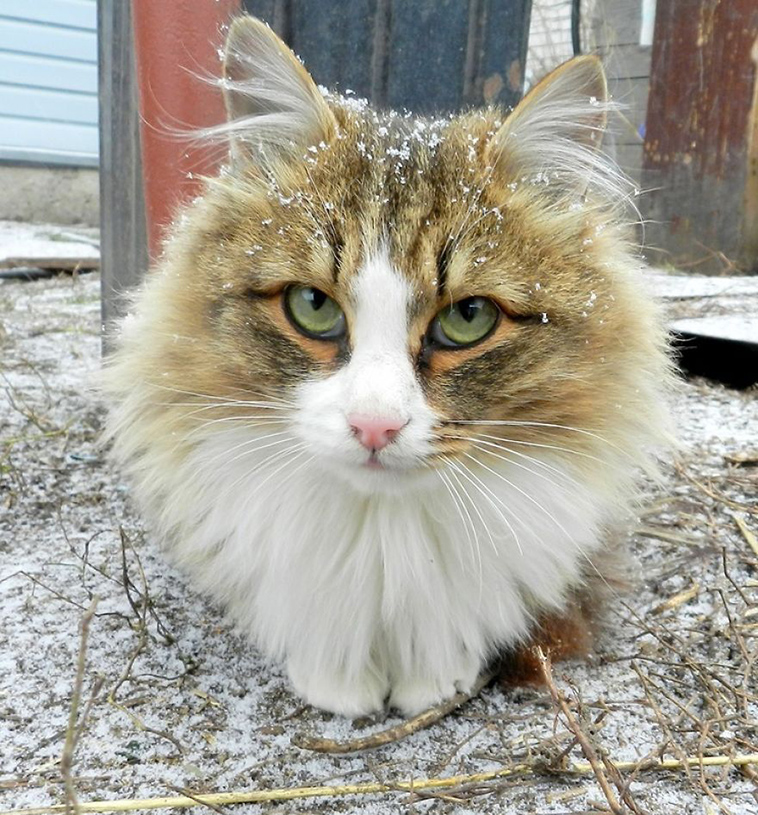 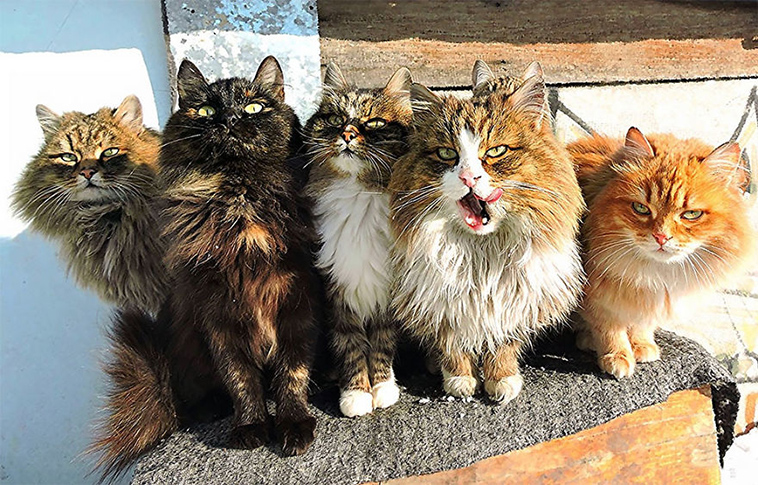 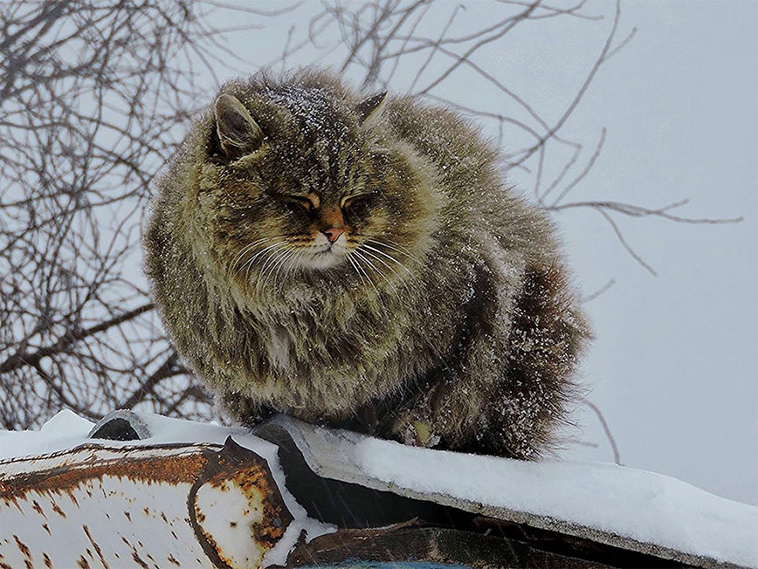 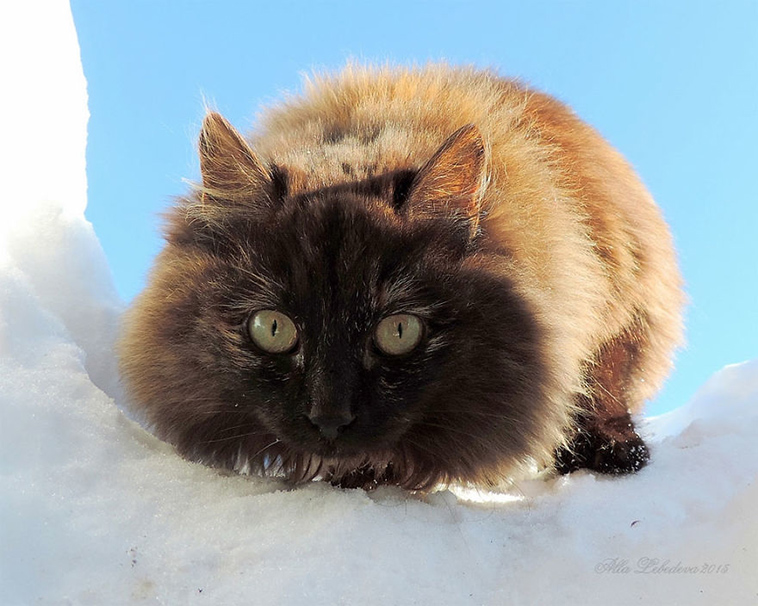 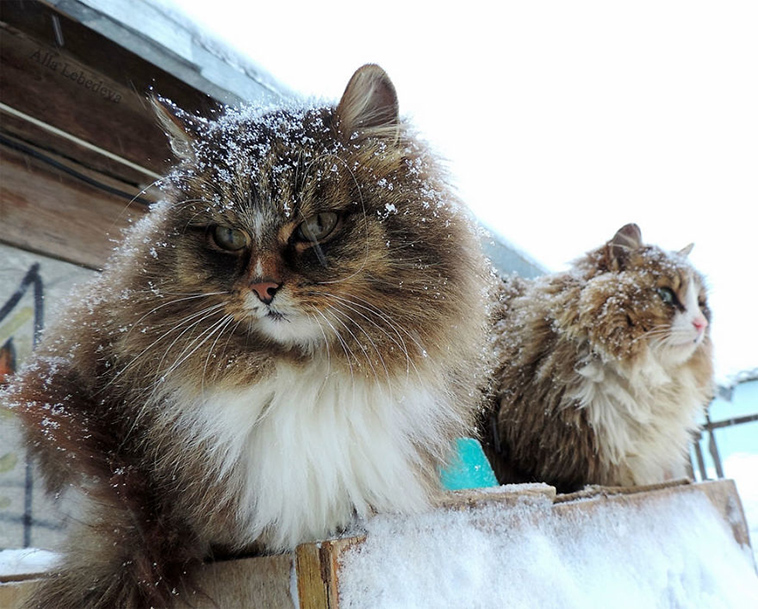