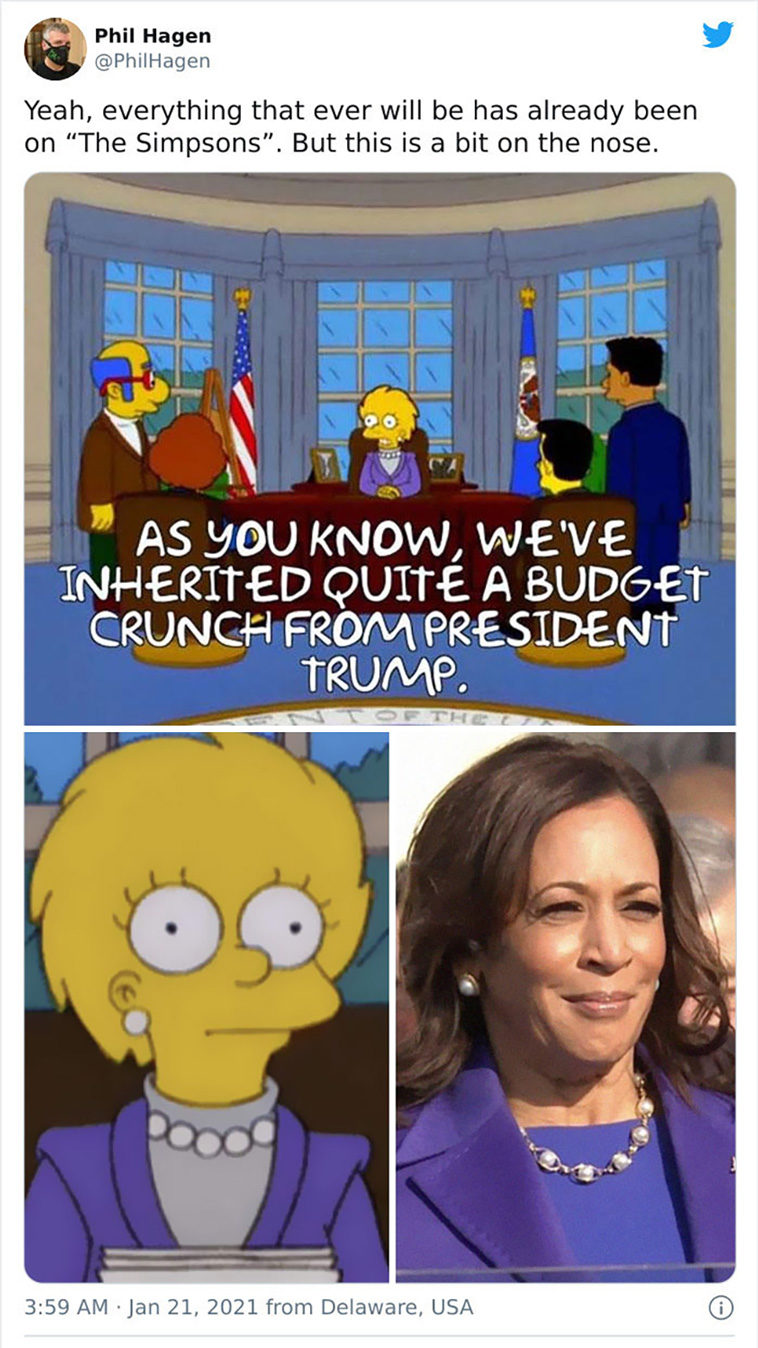 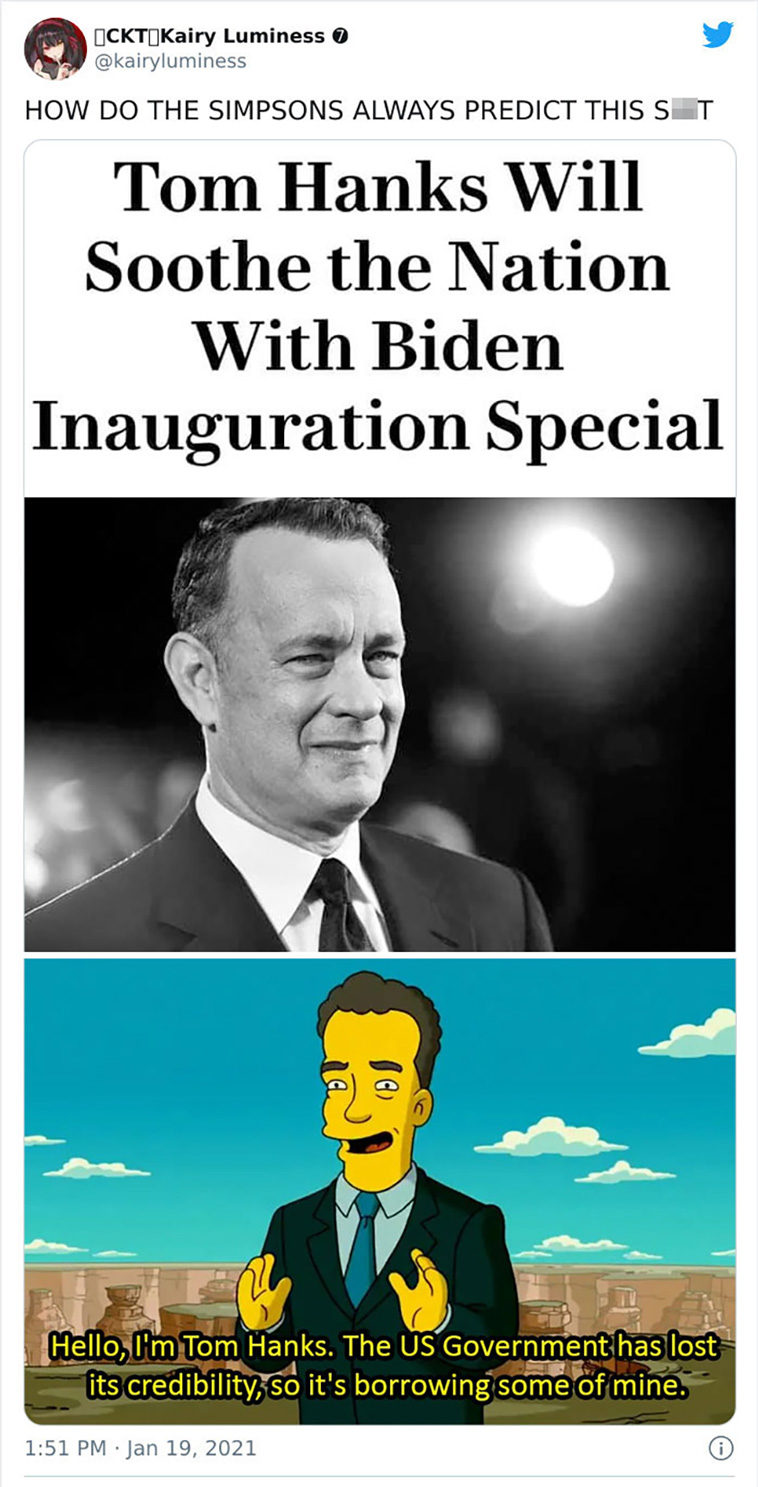 The iconic three-eyed fish was a symbol throughout The Simpsons of the massive pollution the town was facing and how badly it affects nature. Funnily (or sadly) enough, a similar fish was found in Argentina near a nuclear power plant.

4. The Prediction Of Higgs Boson Or “God Particle” 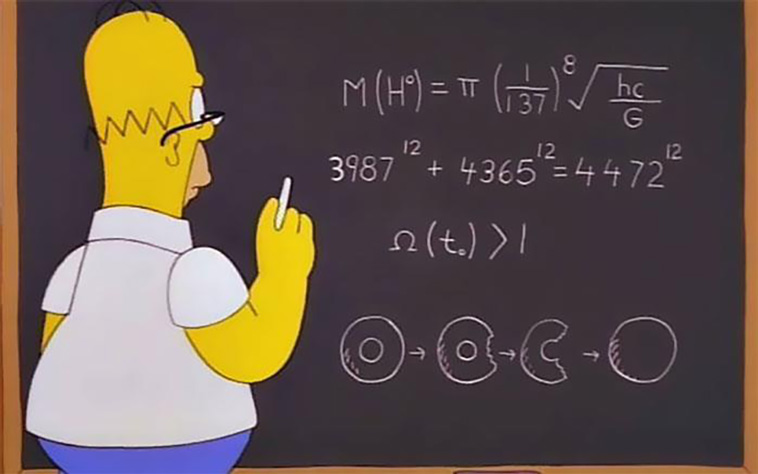 Back in 2012, physicists confirmed the existence of the Higgs Boson also known as the “God particle”. This scientific breakthrough helped explain how everything in the universe has mass. The discovery itself is amazing but what is even better is the fact that 14 years before this happened, Homer was illustrated in front of a blackboard with an equation that actually predicted the mass of the yet-to-be-discovered particle which basically means Homer was the first scientist to share any info on Higgs Boson. 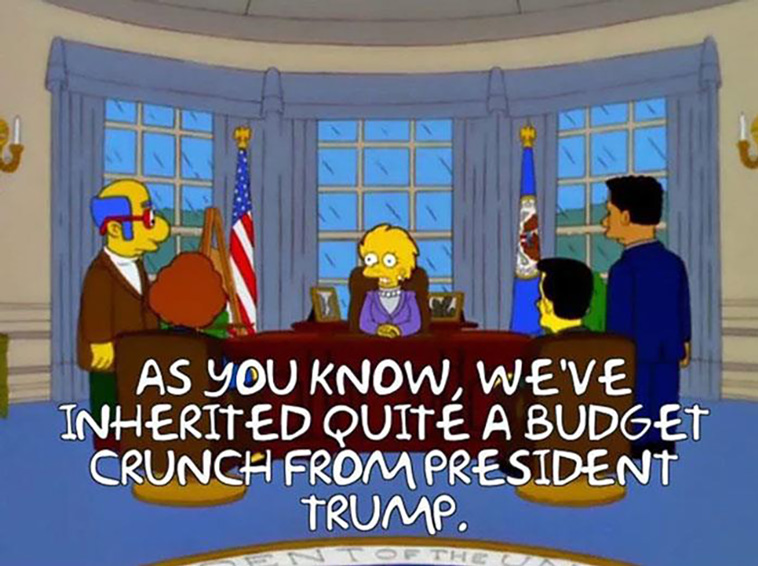 In 2000, 16 years before the actual announcement, The Simpsons had already predicted that Donald Trump will run for president and they even managed to predict that he will win. We still have time to see if Lisa’s words hold true once Trump’s presidency is over. 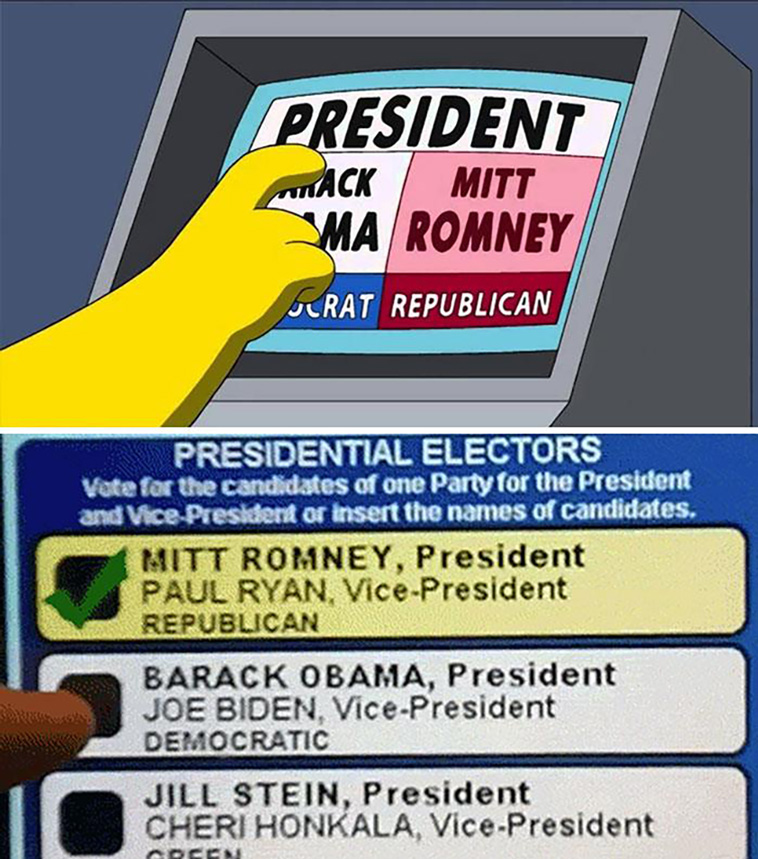 This one surprised many as The Simpsons managed to almost identically predict the future. Back in 2008, Homer was illustrated voting for Obama during the election but the vote automatically changing for Mitt Romney. 4 years later, the exact same thing happened in Pennsylvania where a faulty machine had to be removed because of changing people’s votes for Mitt Romney. 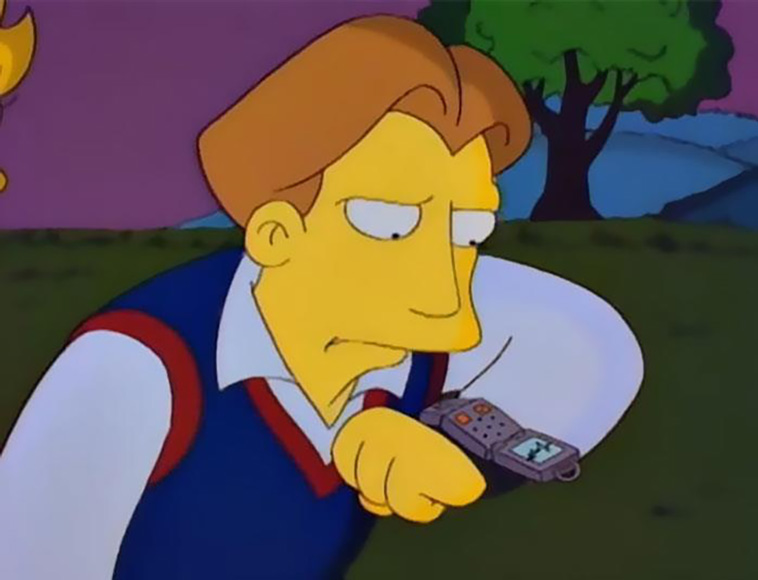 Back in 1995, The Simpsons showed one of their characters wearing a watch that you can also use as a phone. It took 20 years for the actual Apple Watch to be released.

Back in 1993, The Simpsons mocked Siegfried & Roy by showing them getting mauled by their white tiger. The same thing happened in real life 10 years later. 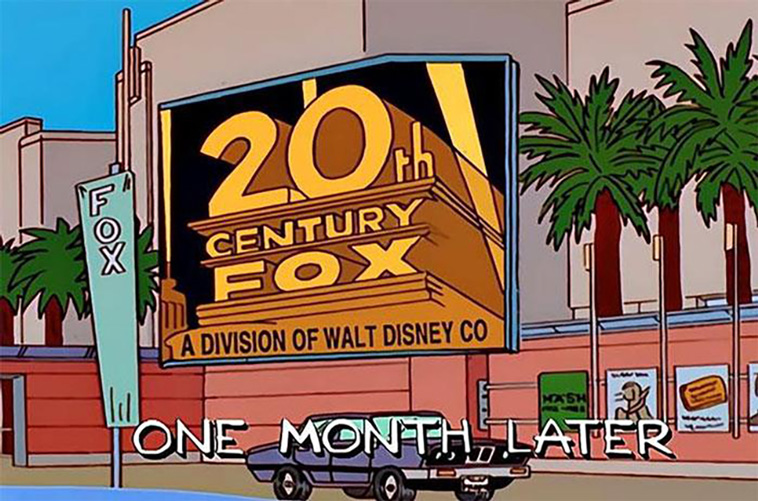 Back in 1998, the creators of The Simpsons showed Homer creating the script. This script was produced by 20th Century Fox but in the episode, you can notice that there’s a sign in front of the studio’s headquarters that says “a division of Walt Disney Co.” In fact, Disney did actually purchase 20th Century Fox for $52.4 billion 19 years later.

10. The Birth Of Autocorrect 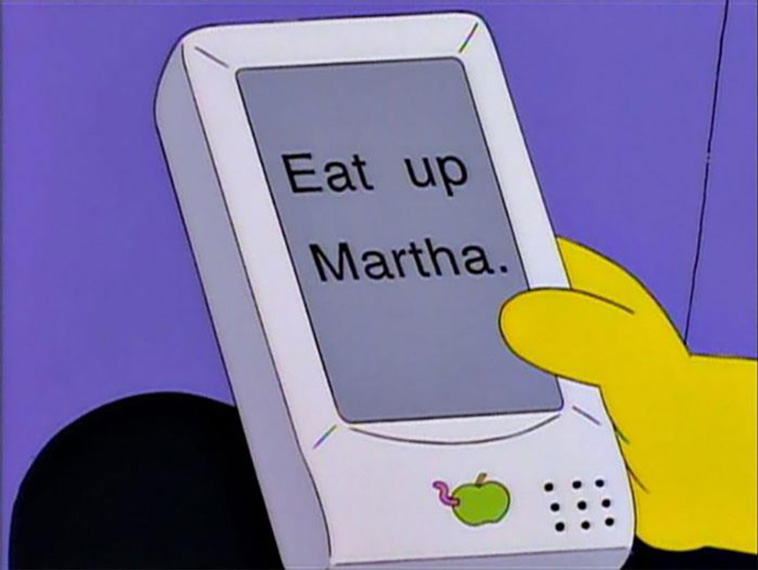 In a 1994 episode, “Lisa on Ice”, Dolph uses an Apple Newton – a digital assistant. When he tries to write ”Beat up Martin”, the machine changes it to “Eat up Martha” which could mark the very beginning of the now infamous autocorrect fails. With the official launch of autocorrect in 2005, it’s been reported that the original employees fondly referred to this episode of The Simpsons when creating the actual product.