An artist in Israel named Sigalit Landau has admired the Dead Sea ever since she was a kid growing up in Jerusalem. She used to watch the northern banks of the sea from the hill she lived on. The sea had such a powerful influence on her that she now uses it in her creative art pieces. The art she creates is said to have both a symbolic and spiritual feel to it. 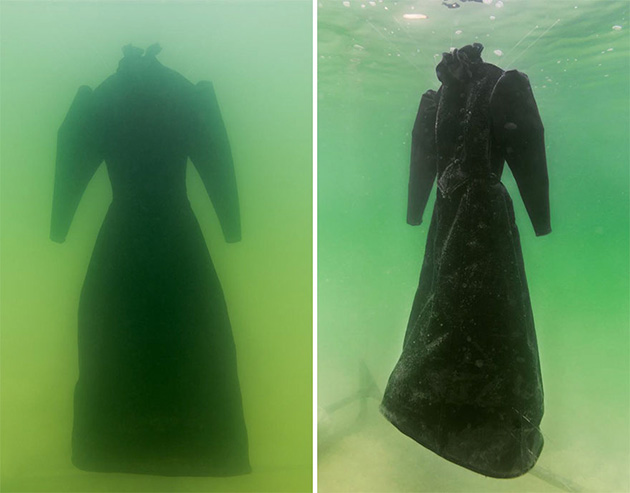 Landau’s most recent project was a photo series involving a black gown submerged in the lake. The project was entitled “Salt Bride.” This photo series was broken up into eight parts. What Landau did was periodically take pictures of the gown while it was underwater. She did this over a three month time period. The pictures showed the physical transformation that the dress gradually went through over those three months. The dark fabric of the dress changed into a snowy white fabric from the salt content in the lake. But as a piece of art, the transformation is truly poetic. The photo series gives a sense of magic and mysticism to the dress. The pictures are available until September 3rd at the Marlborough Contemporary in London, England. But you can still see them online by conducting a simple Google search. 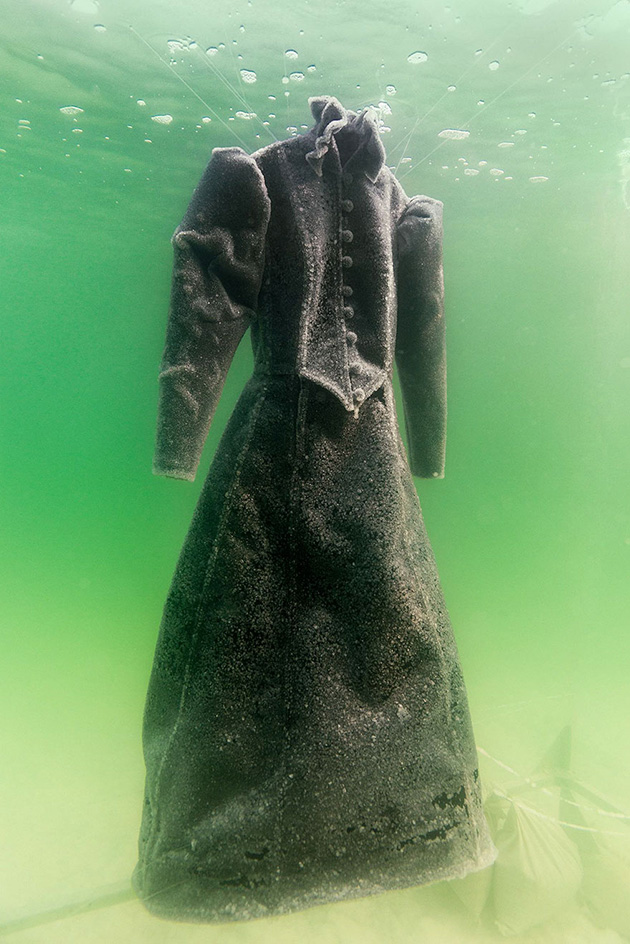 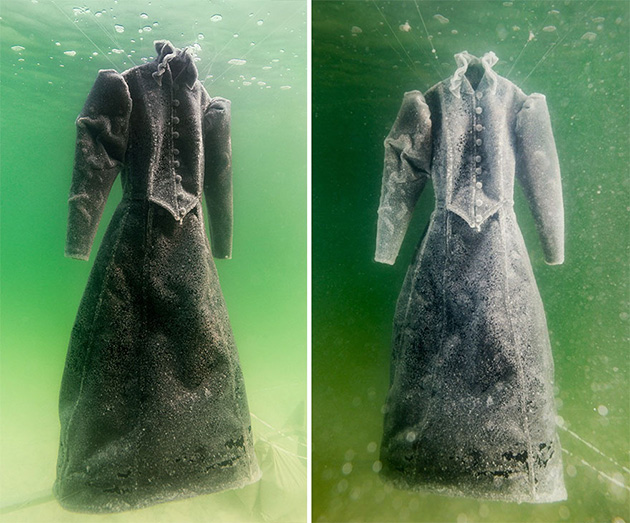 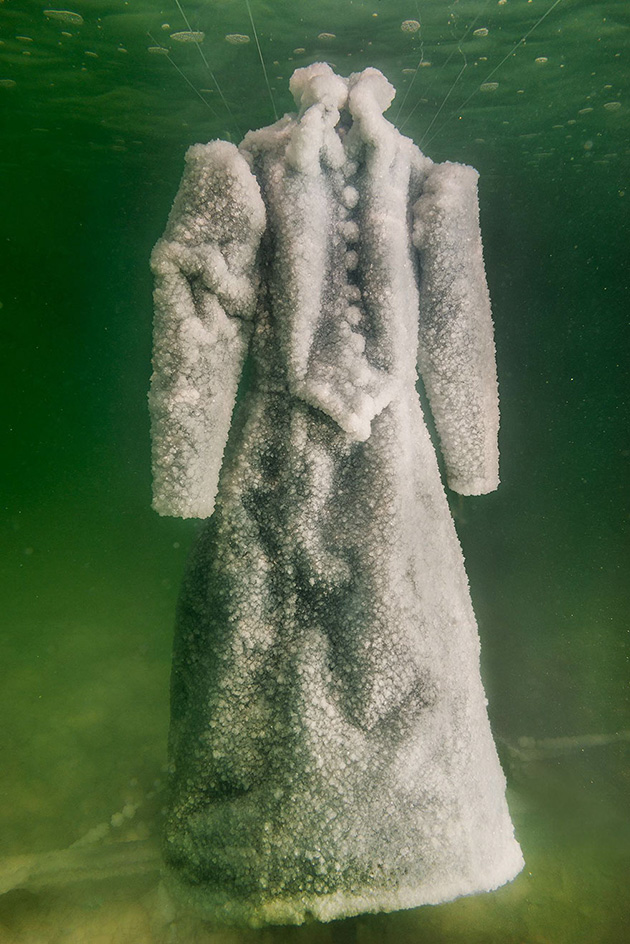 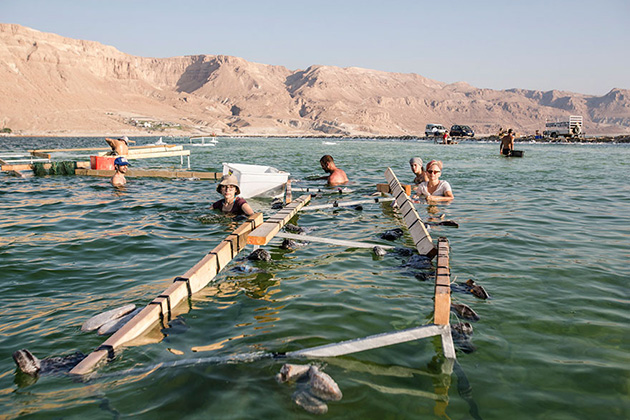 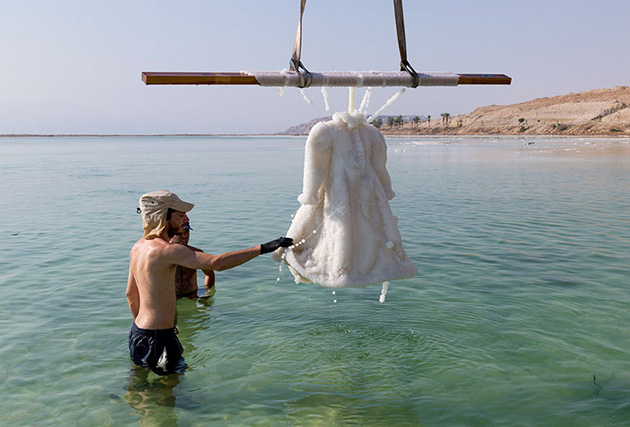 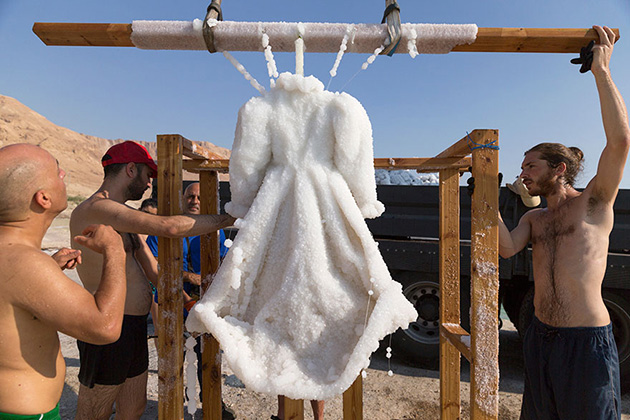 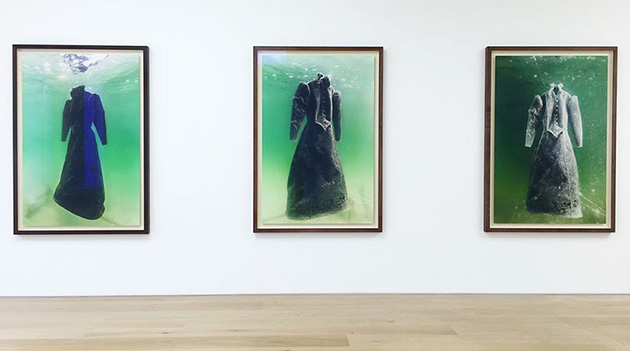