Did you know scientists have found octopuses can recognize human faces?

In a study in 2010, 2 humans regularly visited a group of 8 octopuses. One person would (gently) poke them with a stick and the other would feed them each time. After 2 weeks, the octopuses reacted different to the humans, reaching their arms out towards the one who regularly fed them and moving away from the one who’d annoyed them.

But it turns out, feeding or poking it aren’t the only ways to get an octopus to remember your face. 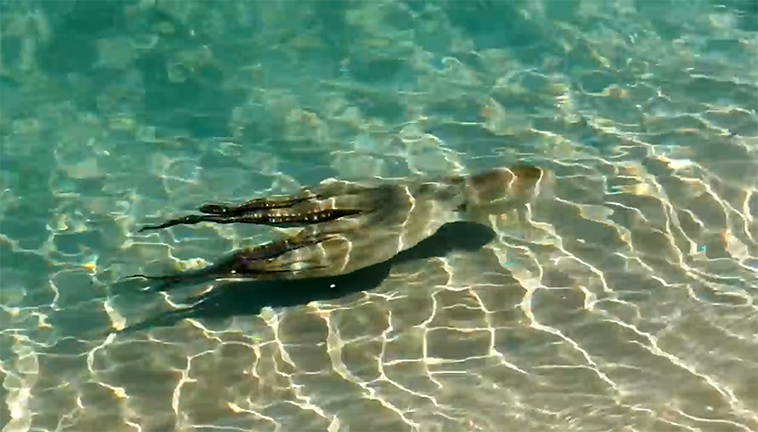 YouTube user Helena posted a video of a crazy encounter she had with an octopus in the red sea. “While walking along a lovely beach, we saw a stranded octopus in the sand,” she wrote. “We were not sure if he [was] already dead. So we pushed him back into the water. He needed some minutes to recover, then he swam away.” 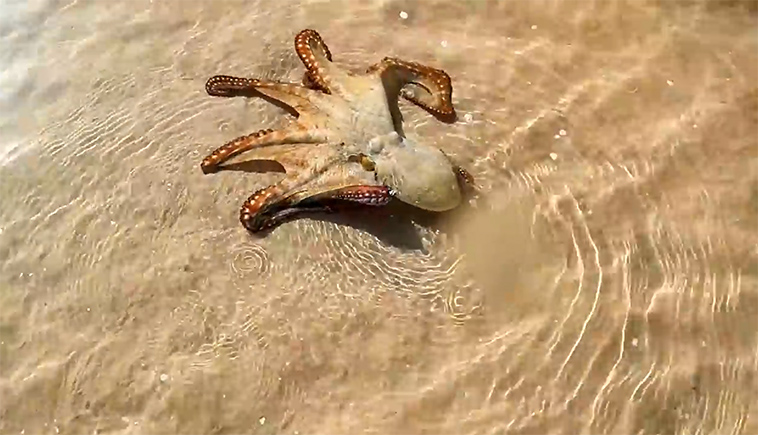 The crazy part came the next day when Helena visited the beach again.

The same octopus swam up to Helena and recognized her as his rescuer. He stayed with Helena for over an hour, reaching out his tentatcles to touch her feet and swimming alongside her.

“We are sure that this octopus came back to thank us for saving his life,” she wrote. “It’s amazing how intelligent animals are.”

Watch the incredible video below to see for yourself, and share!