She was so weak and skinny that vultures were starting to follow her ?

David Foster was on his boat, sailing Amazon islands. He saw a beautiful beach and decided to anchor.

Looking at the coast, he realized a dog.

“We were sailing and decided to stop at this beautiful beach,” Foster told The Dodo. “And then off in the distance, I saw a dog. I thought, ‘Why is she out here? It seems a bit remote’ … We hadn’t seen any villages for quite some time.” 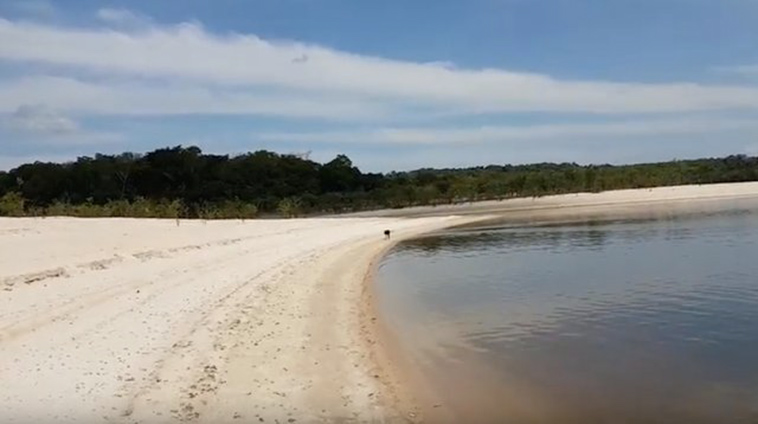 He called the dog hoping that it belonged to the other boats’, which anchored there.

“She came running towards me,” Foster said. “And that’s when I noticed how bad off she was.” 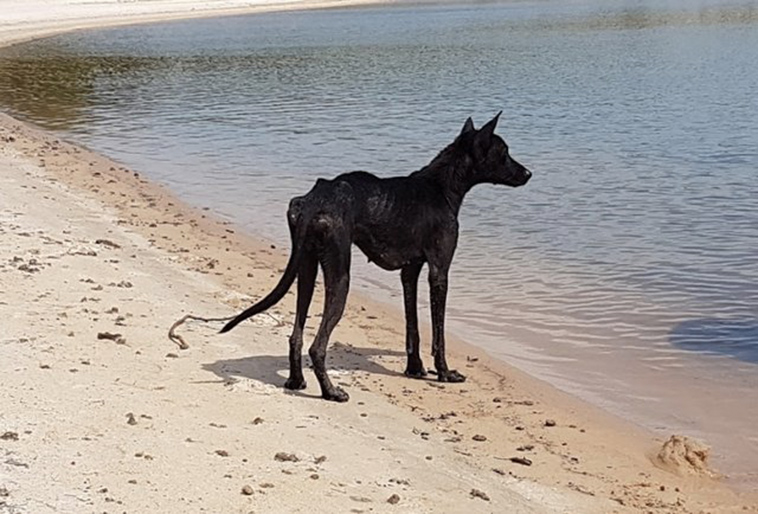 When the dog approached, Foster realized her bad conditions. She had fleas and ticks, also had her ears injured. She was very thin and her fur was thick and had bald spots.

Foster realized the danger that she was in. She was, probably, sailed with her “family” and left behind. It was Foster’s decision to save her. 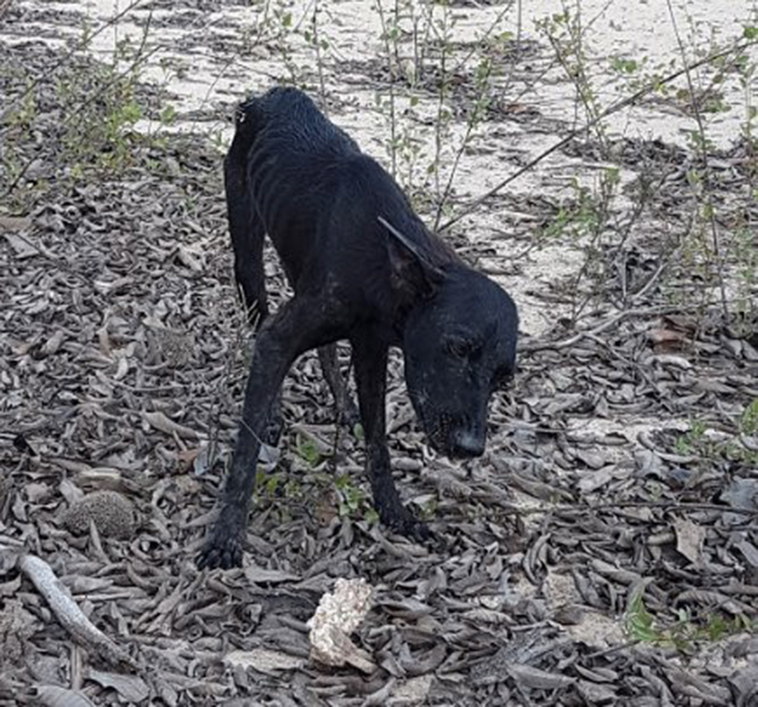 “She was so close to death. She was wagging her tail and crying at the same time.” Foster said.

“I knew that if we pulled up our anchor and left, it would mean her certain death,” Foster added. “She was not just a stray dog. She was sailed out and left there.” 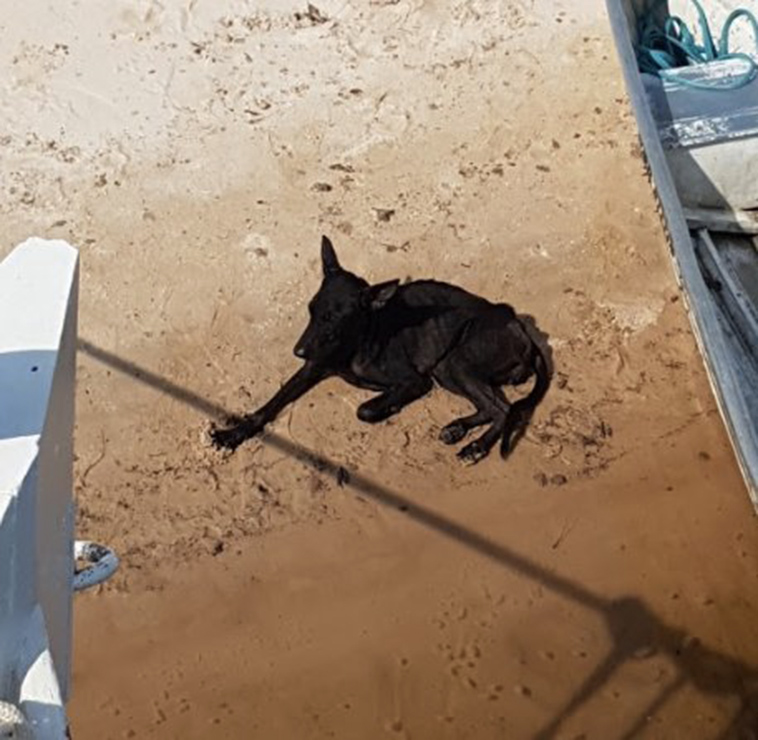 He decided to call her Negrita. He gave her some food and water and took her on the boat. Although she was in such a poor condition, she seemed relieved.

They both sailed to the nearest city to find a vet. Luckily, a vet helped them by cleaning her fleas and ticks and her wounds. The vet also checked any other traumas, luckily, none was found. 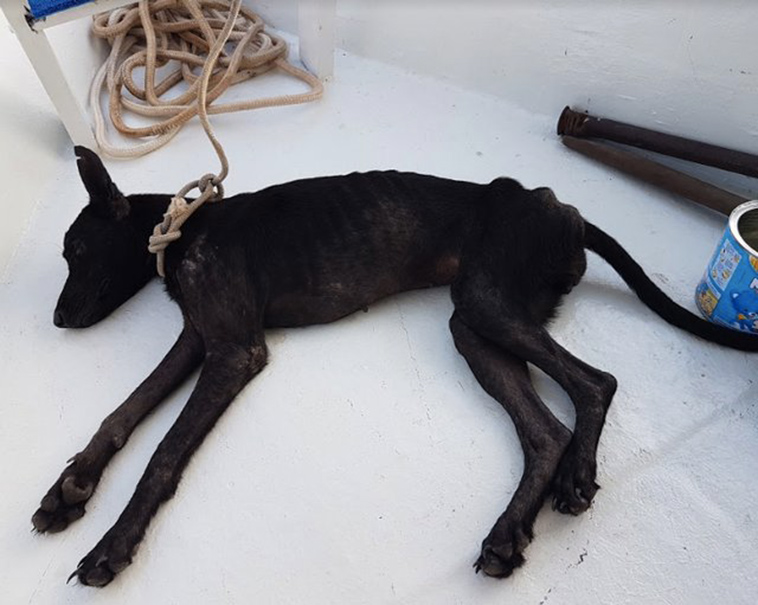 Foster took care of her for four days. Then, decided to take her home to the UK. Throughout the four days, Negrita followed him on the boat with her tail wagging. She was very happy being with him.

Back home, Foster operates a charity named PlayforStrays which supplies toys for strays all around the world. Through those years, he helped them; now, he needed help. To take Negrita home, he called Natureza em Forma, a shelter in Sao Paulo, Brazil. A woman named Tamis agreed to help them. 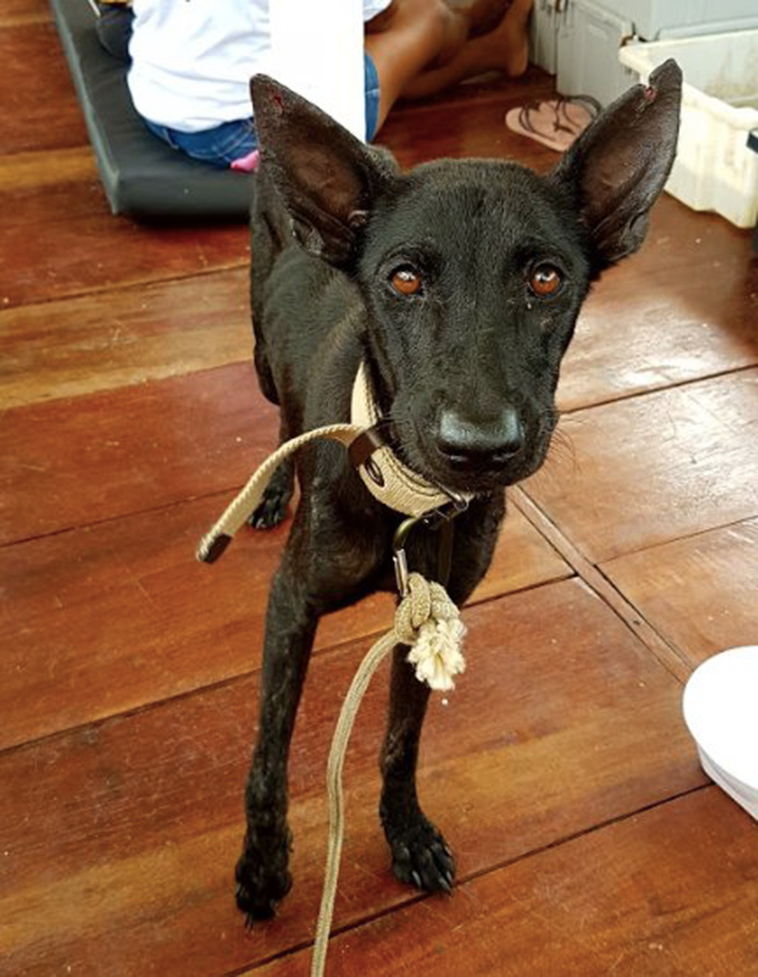 Negrita would stay there to gain enough weight and be sufficiently healthy to fly her new home.

Many donations all around the world collected money for Negrita’s care and flight expenses. Canto da Terra, another charity group in Brazil, also joined to the journey by collecting donations for Negrita’s food that she would need at her foster home. 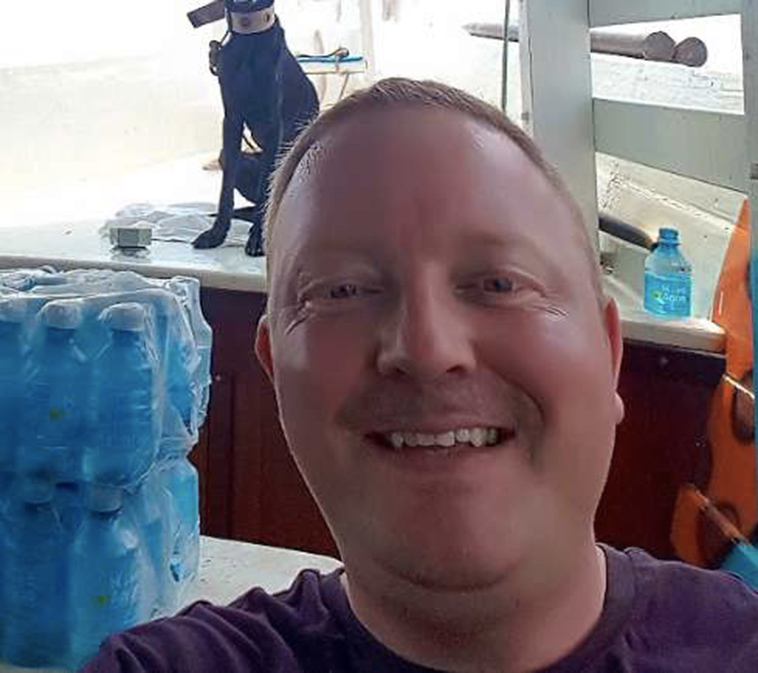 “People from the states, Australia and all over the world were donating toward getting her home,” Foster said. “Negrita was so special, and I think that everybody recognized that. They fully rallied around us.”

After leaving Negrita was in safe hands, Foster flew back to her home, Northern Ireland. It was first expected that Negrita would be home in a few weeks. But, due to the strict regulations of international animal flights, this took away much longer than expected: a full five months! 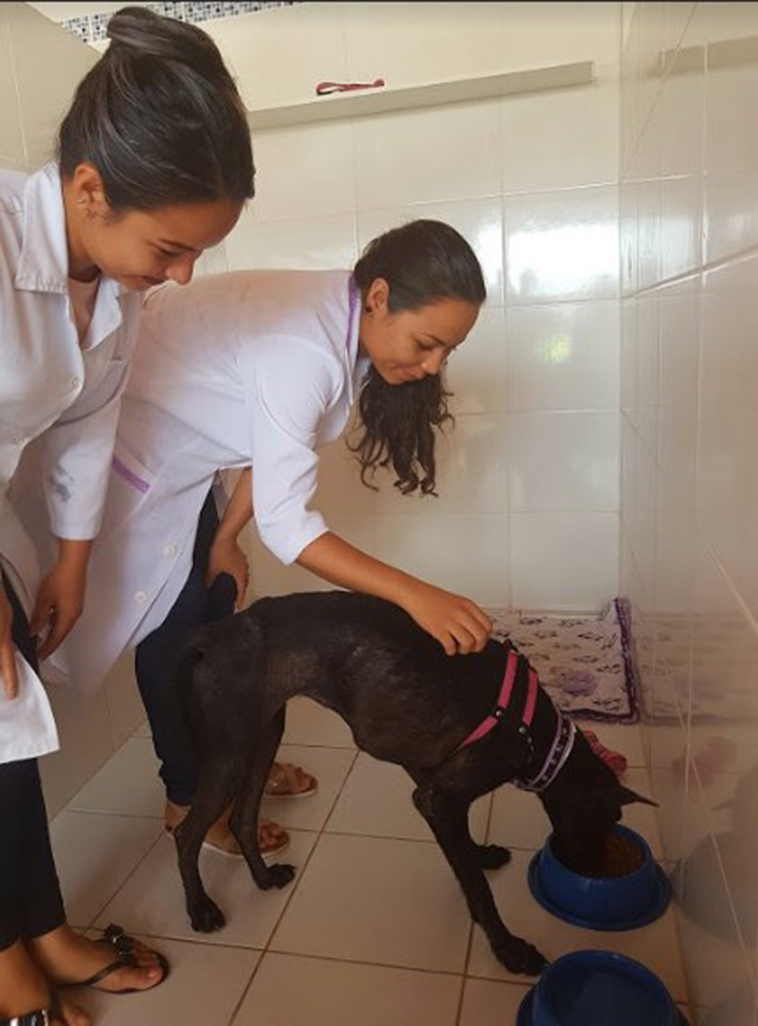 “What were a few weeks turned into five months,” Foster said. “She needed multiple medical tests, both to leave Brazil but also gain entry to the UK.” 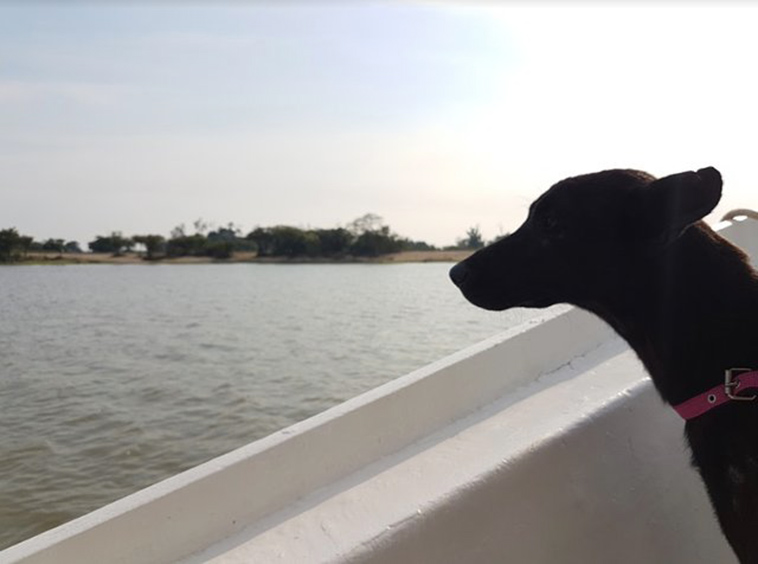 At the end of March, Negrita was finally at her new home. Her flights were harsh but both Foster and Negrita seemed happy that they were together again. She settled in in her new, caring family.

“She loves her toys,” Foster said. “She has one little teddy bear I sent her at Christmas time who is like her baby. She carries it gently and looks after it very well. It’s the only one she won’t destroy.” 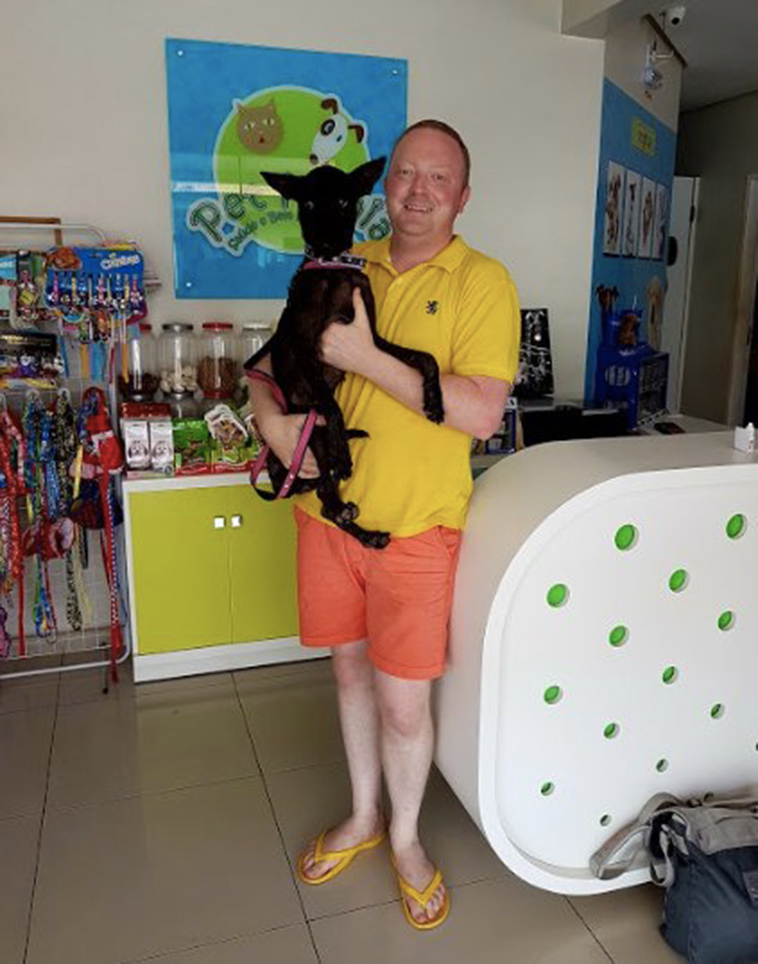 Negrita is in a way better condition than she was in when she was on the island. Foster said that he finds himself thinking the day they’ve met.

“I look at her most evenings when everything’s quiet and she’s lying on her bed sleeping, and think back to how she was found,” Foster said. “The condition she was in was terrible. She has come so far — because of so many people who gave her a chance to live. I am humbled by them, and by her, every single day.” 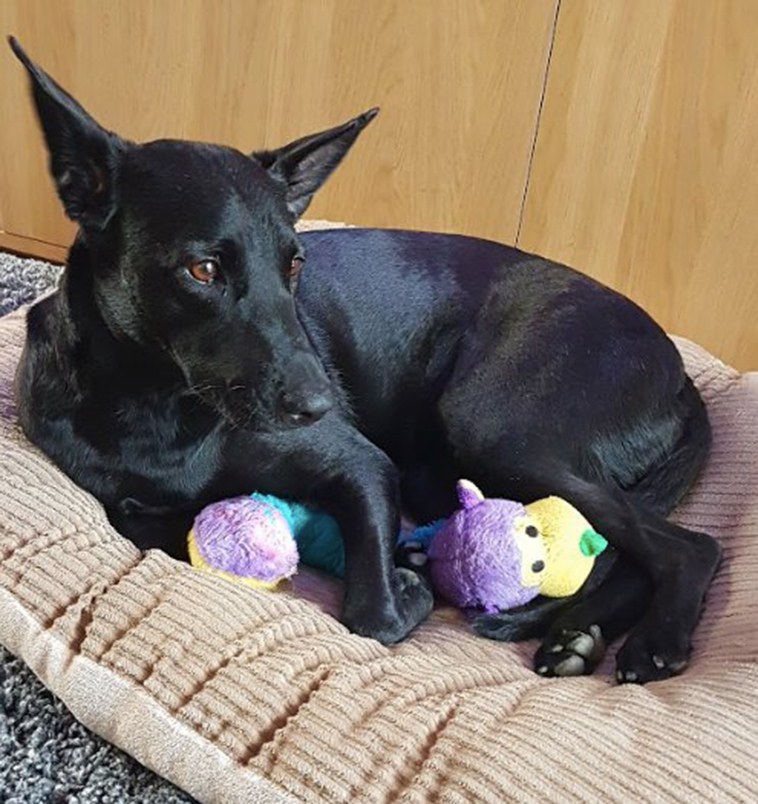 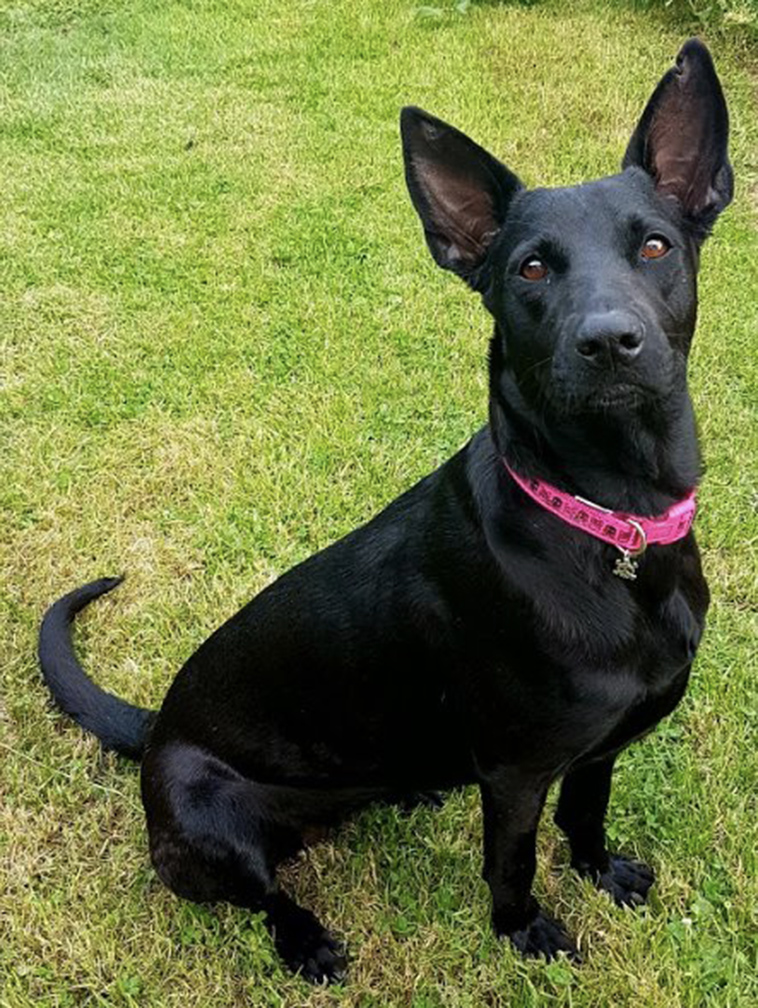