Most of us have seen Pixar’s Up, but did you know that this adorable, comical film is based off of a real life woman who refused to sell her house for any price tag?  84 year old Edith Macefield was offered the incredible sum of 1 million dollars to sell her home when a big property company wanted to build a modern cosmopolitan centre over her land. inhabitat.com 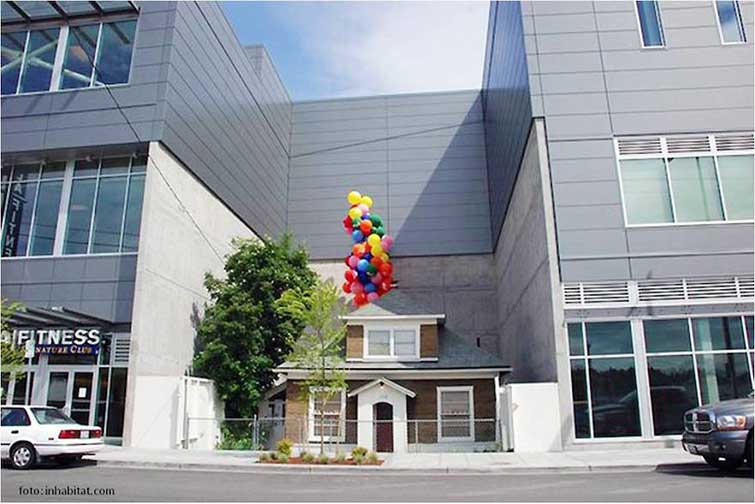 We’d like to think that we would all take Edith’s stance, but unfortunately, it’s hard to ignore the very exciting sum of 1 million dollars no matter who you are.  Edith withheld, however, and kept her tiny property in the midst of the corporate build up.  When looking at the photos, you can see how this would have inspired Up.  When she passed away in 2008, she left her property to a construction worker that helped her with her illnesses, and he planned to turn it into a memorial for her, but was unsuccessful.  Eventually it was sold to Cor Company, a Real Estate firm, but then in going bankrupt it went back up on the market and there it remains. 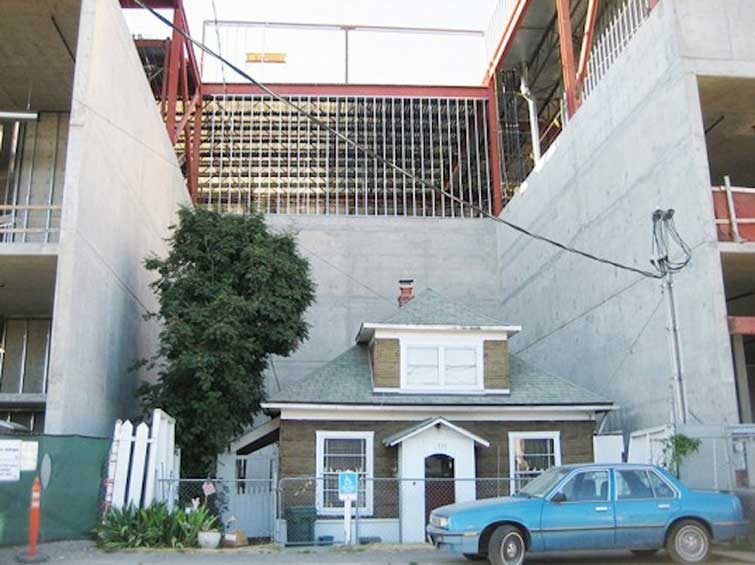 It’s hard to see how the house has “fallen” in that it was famous for being the house that resisted modern change, only to fall into disrepair and now be sitting stripped of its dignity in the middle of a modern world.  It’s inspiring to hear about, but sad to see the history of it get literally ripped away with the siding and everything personal about it.  The more we talk about the strength of the inspiring Edith Macefield, however, the longer it lives, so share, tweet, talk, and remember this incredible woman and her tiny house that got put into a movie. 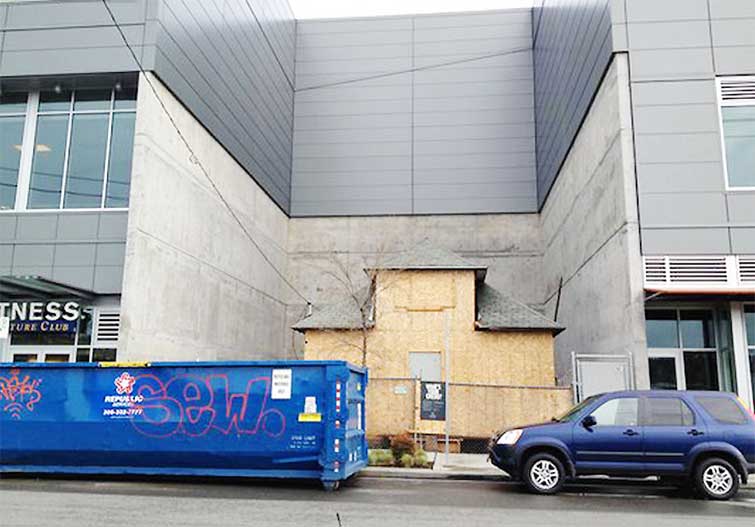 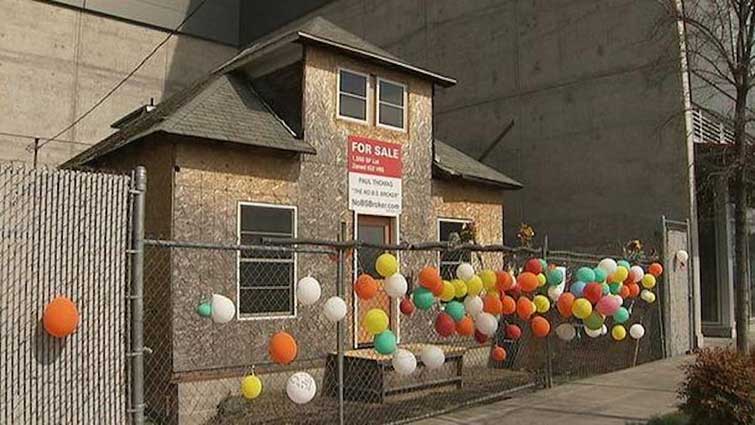