An artist from New York named Aja Kusick has been working on a series of paintings called “Van Gogh Never” which imaginatively combines the Post-Impressionism artwork of Van Gogh with pop culture references. Kusick took Van Gogh’s iconic masterpiece called “The Starry Night” and implemented modern pop culture scenes and characters into it. That way, the viewers of today can have a whole new appreciation for Van Gogh and see his work in a different light.

Kusick has called this particular series “Starry Night Pop Culture.” Some of her paintings in this series include the use of notable cartoon characters like Winnie the Pooh, SpongebobSquarepants, and the gang from Peanuts. Other paintings of hers include scenes from popular films and television shows such as Harry Potter, Back to the Future, and Fight Club. Finally, this painting series contains famous destinations and landmarks such as the Taj Mahal and the Golden Gate Bridge.

This painting series has been very successful. It may be surprising to learn that Kusick started doing this because of a misunderstanding. There was a blog on the internet that mistook Kusick’s Eiffel Tower painting for a piece of work by Van Gogh. The only thing is that the Eiffel Tower was built 9 years after Van Gogh had died so there is no way he ever painted it. However, this inspired Kusick to recreate some of Van Gogh’s work by implementing things into it that he never saw. 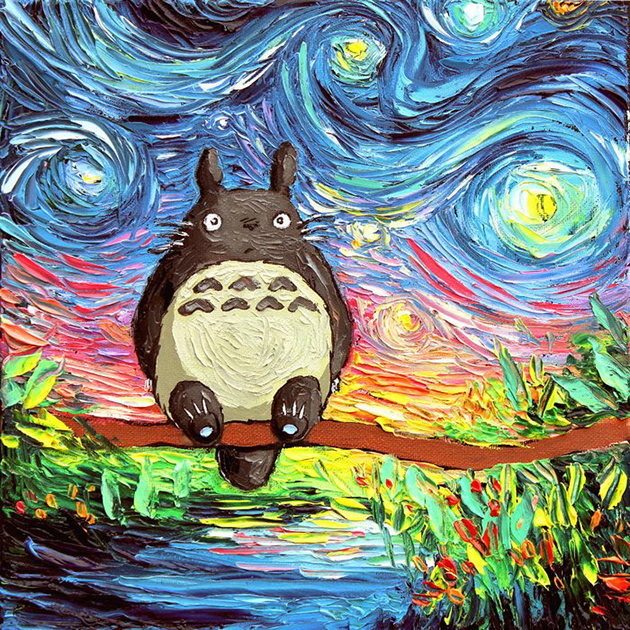 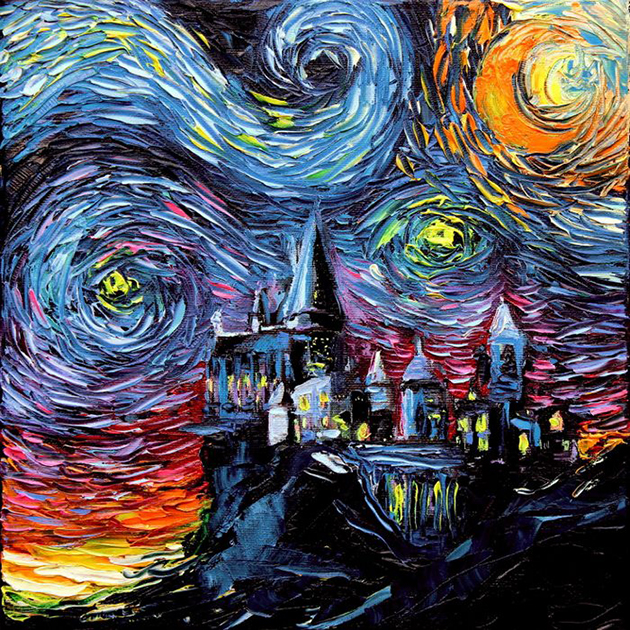 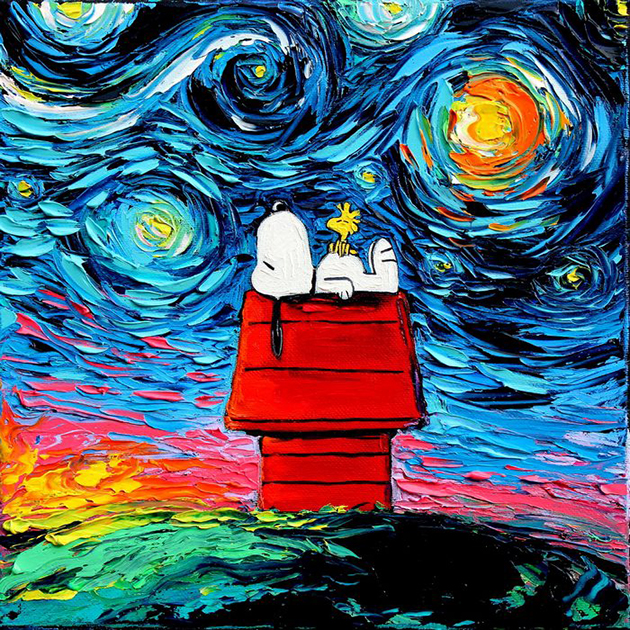 4. Spirited Away No Face 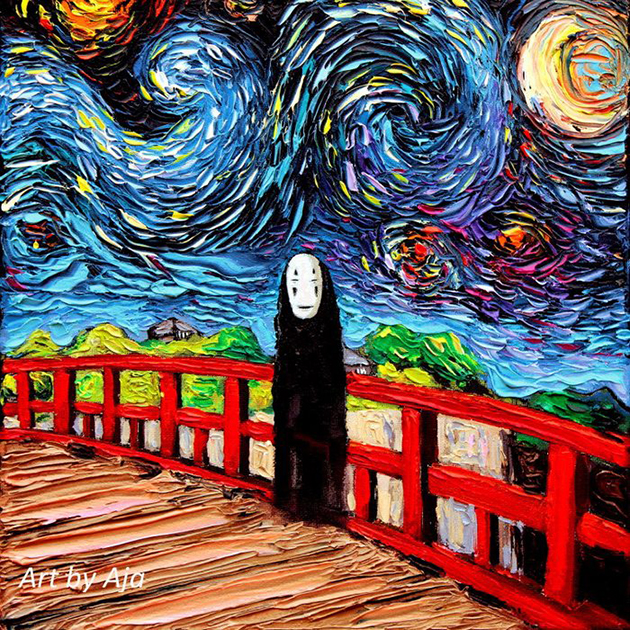 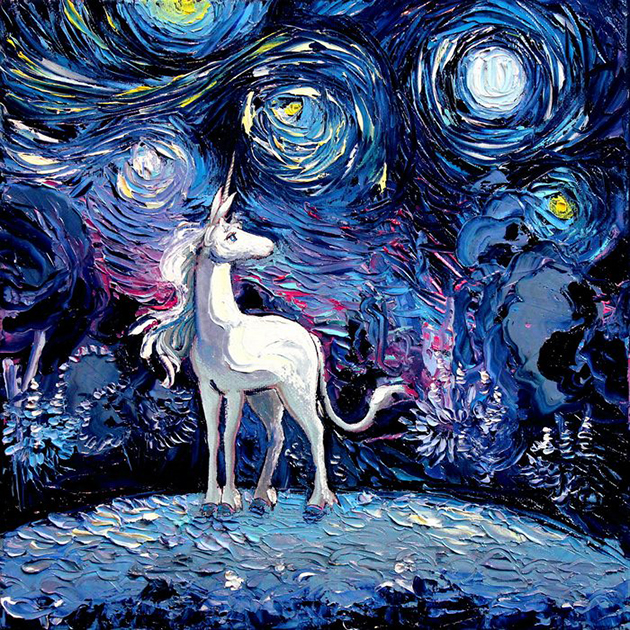 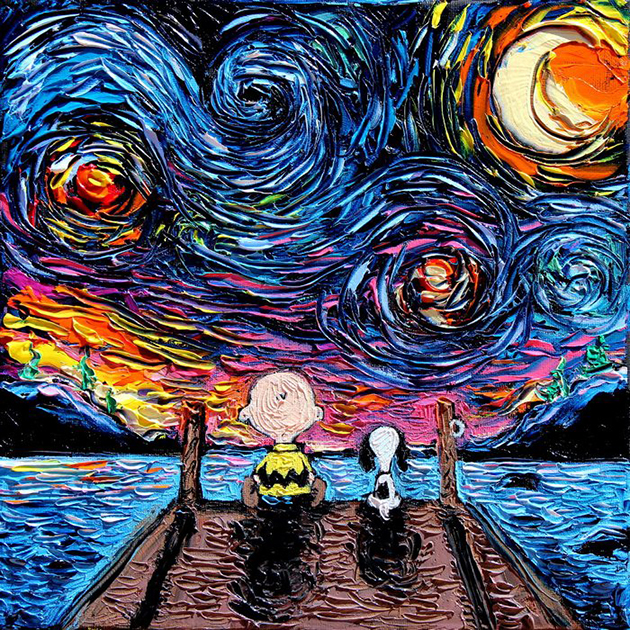 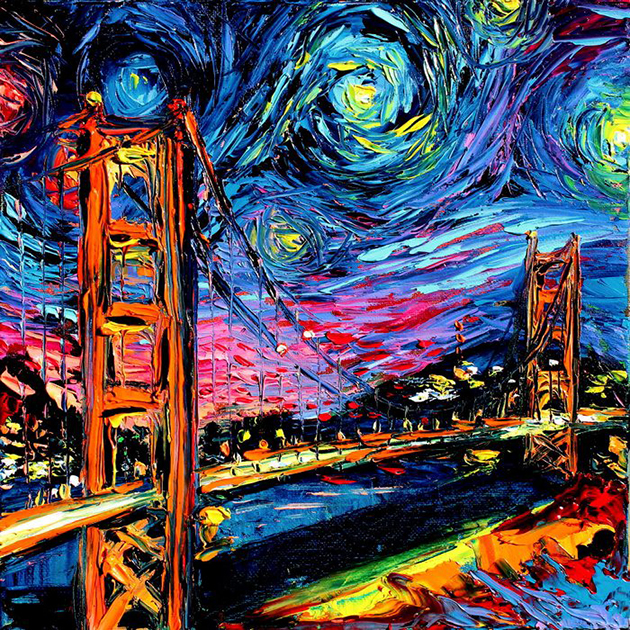 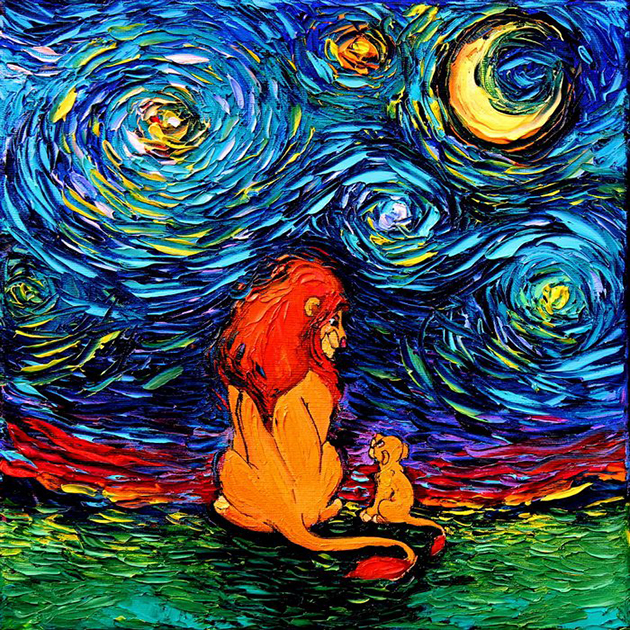 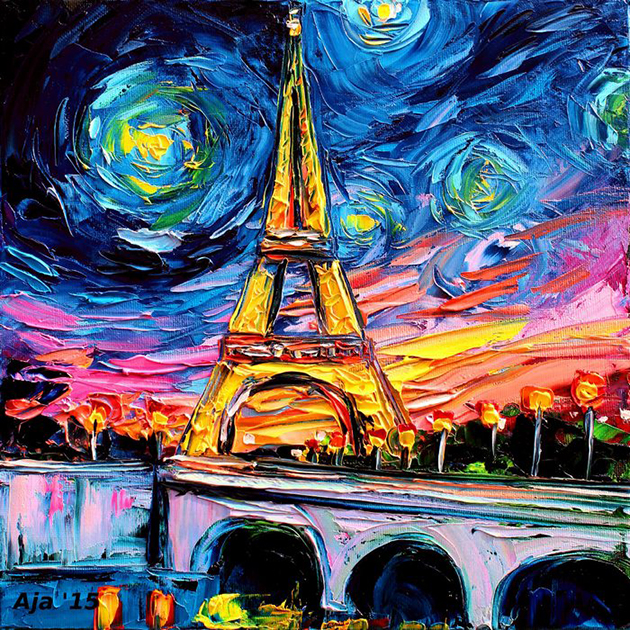 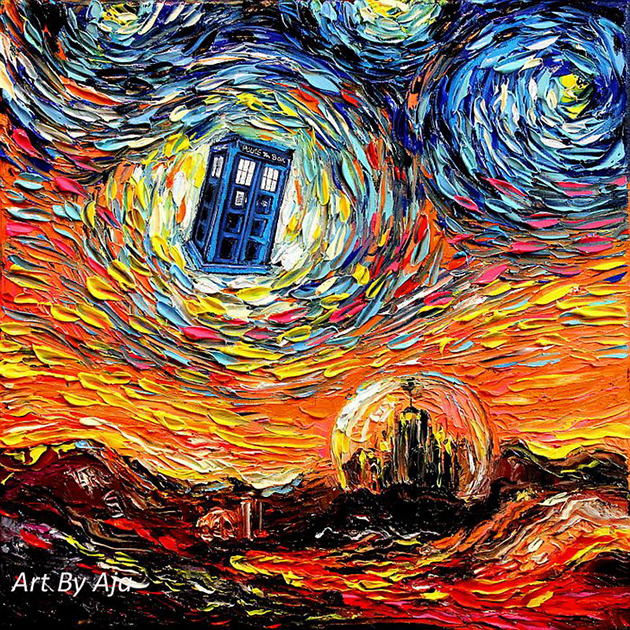 11. Winnie The Pooh And Piglet 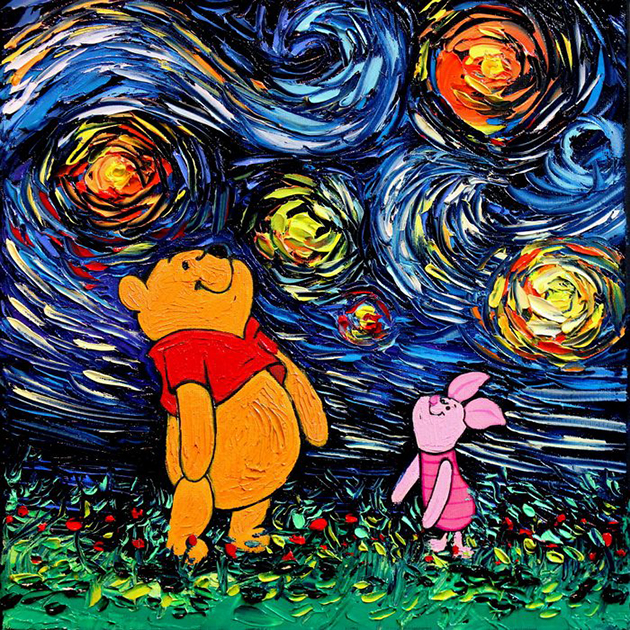 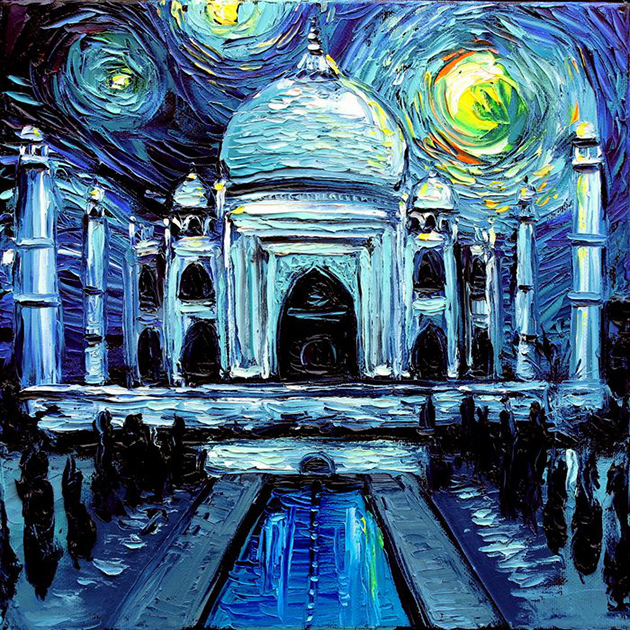