When it rains a lot, the river of the Silver runs of slower form, causing its damming, thus increasing the water level of the river Olho D’Água. Despite the flood, on the day the video has recorded the waters of the river, Olho D’Agua remained crystal clear due to their conserved ciliary forest and being inside a Private Reserve of Natural Heritage. 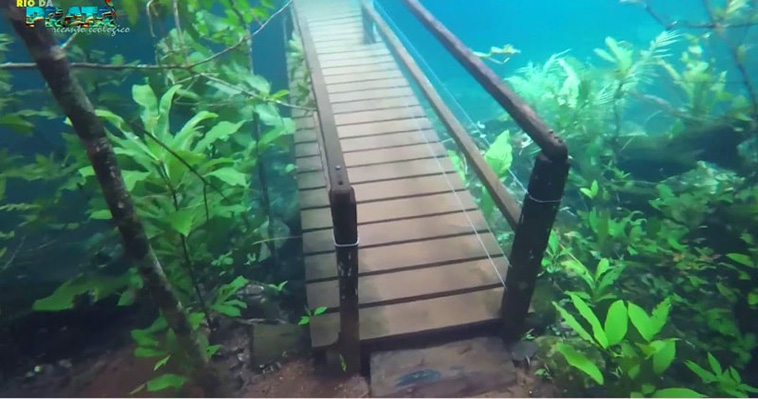 Watching the footage, the clarity of the water is astonishing and has even led some to believe the footage has been modified somehow.

“I was attending to a group that day and, instead of walking, we floated,” Maria recalls.

Maria has been a tour guide for 16 years and told Correio Do Estado that this is the third time she has remembered the flooding of the Rio Olho tributary.

“They were certainly privileged because it rarely happens,” she said, referring to the group that accompanied her on the tour on the last day. “The water level is (normally) one meter below the bridge and that day were two meters above it.”

The water level was reportedly returned to normal by the end of the day. The water level of the Olho D’Água river rose so high, that the bridge which tourists used to cross was completely submerged.