This is a new specie that has been discovered and typically, they are known to spend a major portion of their life underground. You would only be able to spot them during monsoon rains, when they emerge out.

Western Ghats of India is a biosphere and it is home to different species that you cannot find elsewhere! This monsoon, if you are planning to go trekking in the Western Ghats, you can meet one of the most unique species of the world: Bhupathy’s purple frogs, who have pig-like snouts and rings around their eyes with a shiny purple skin. It was only recently that a team of National Geographic researches found these strange tadpoles when they were swimming in a stream.

These tadpoles are not like typical frog tadpoles. These tadpoles attach to rocky cliffs and waterfalls to feed on algae, unlike typical tadpoles that grow tails and move around ponds. They are known to live underground for most of their lives, while feeding on ants and termites, thanks to their long tongue. 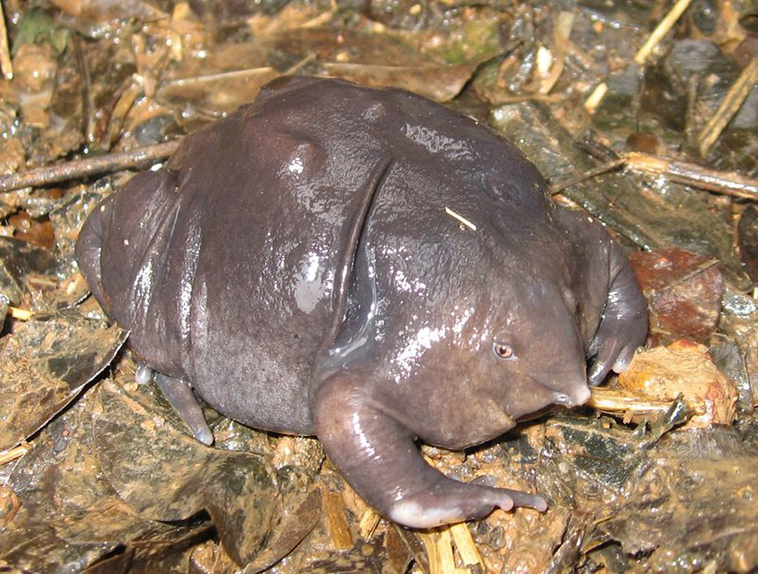 A species of purple frog discovered in 2003 is a close cousin of the Bhupathy’s purple frog. KARTHICKBALA/CC BY-SA 3.0