Gil Bate has served more than 20 years in prison. He was convicted of fraud and forgery, leading to his time behind bars which he split between five different prisons in California. During his time there, he developed an impressive talent for tattooing, which served to protect him from some of the dangers of prison after it earned the respect and adulation of his fellow inmates.

Entirely self-taught, Bate proceeded to hone his craft for the duration of his time behind bars. Upon his release, he relocated to the Philippines and pursued artistry full-time, which led him to his current craft – meticulously carving visual representations of his time spent in prison onto ostrich egg shells.

The attention to detail is nothing short of remarkable, with depictions of his experiences in prison beautifully and precisely carved onto a selection of the large egg shells. Various panels can be found on the surface of the shells, each one featuring a representation of prison life – including men being held behind bars, crude homemade knives and tattoo guns, and various depictions of prison guards and authority figures.

His skill is unquestionable, and to think that this was all achieved through his time spent in prison does show that a man can learn a lot about himself during his stay behind bars. The fact that Bate managed to learn such a talent and use it to tell his story is well worth applauding. 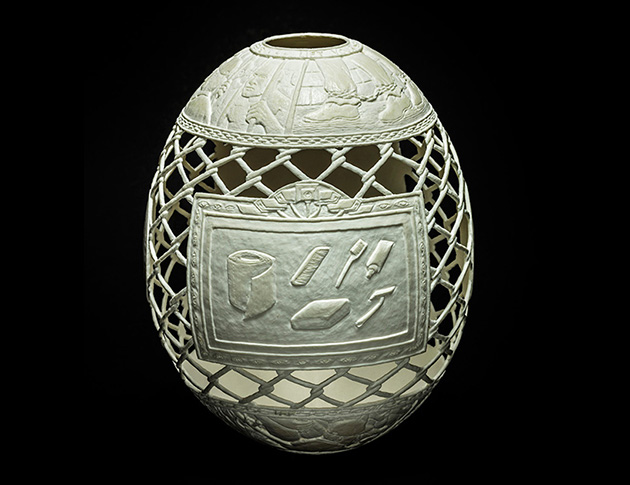 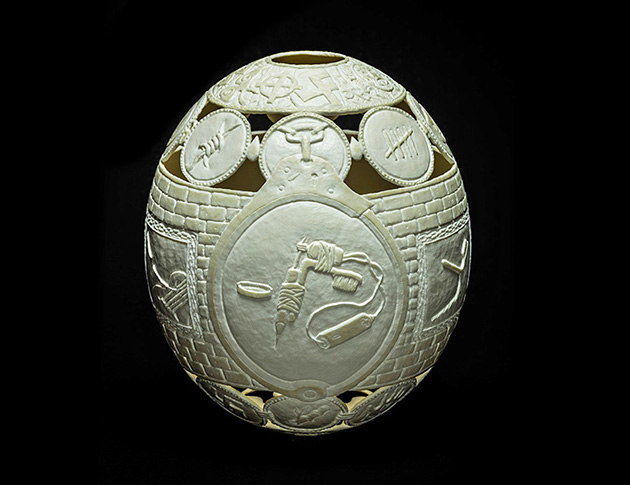 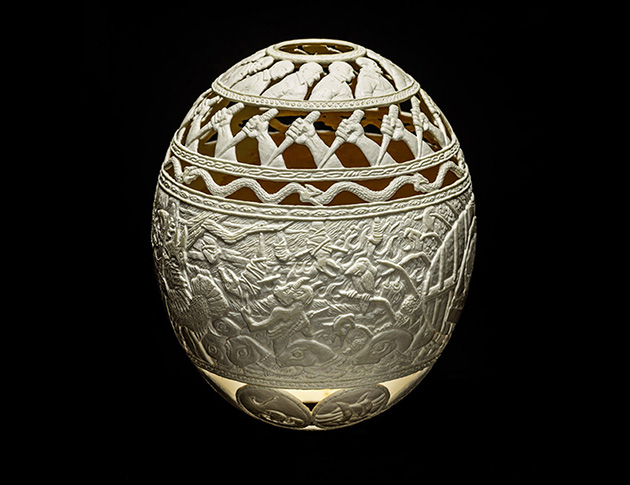 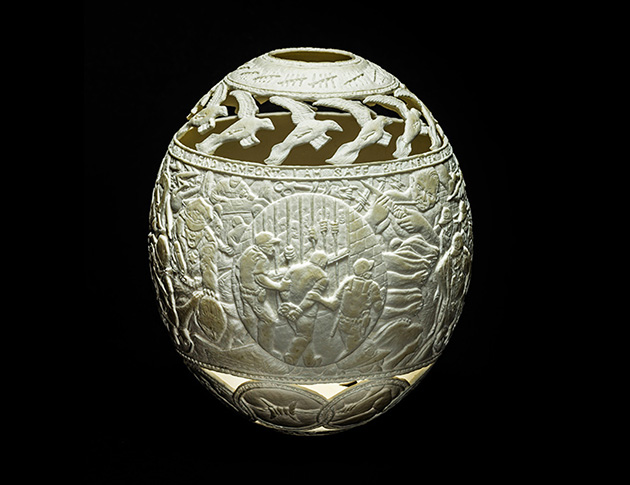 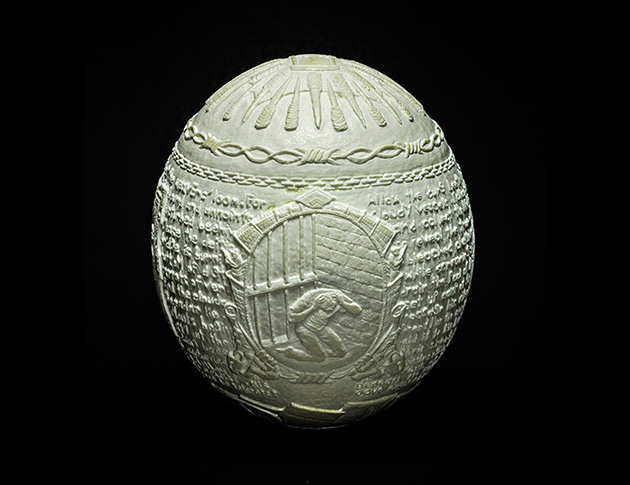 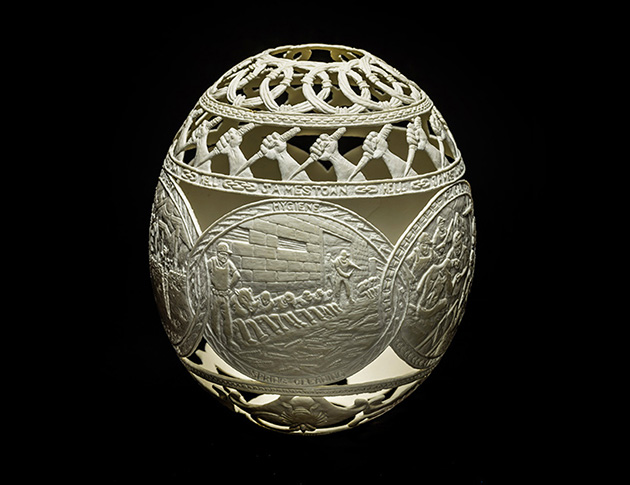 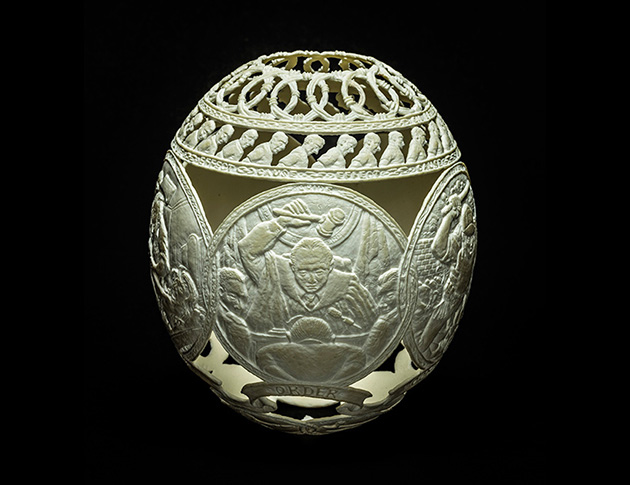 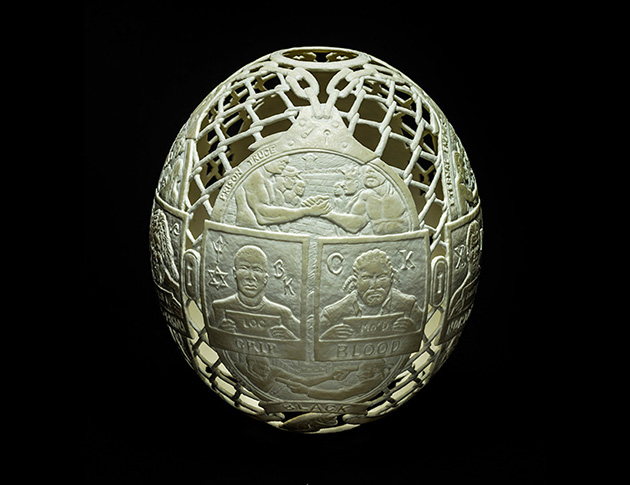 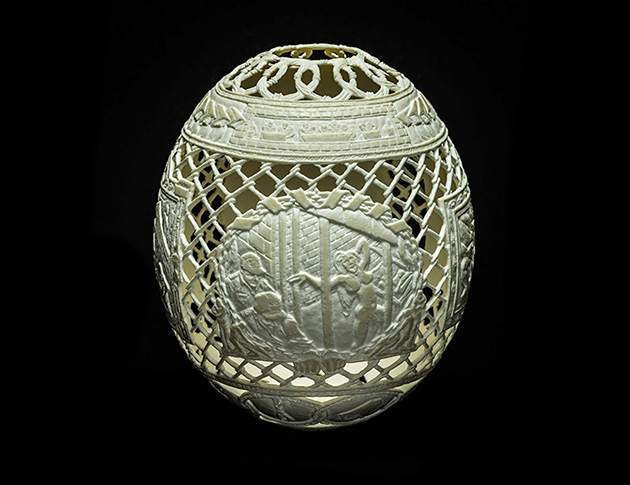 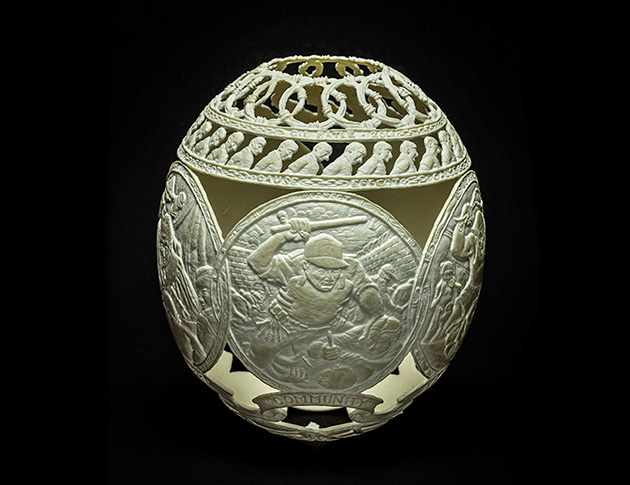 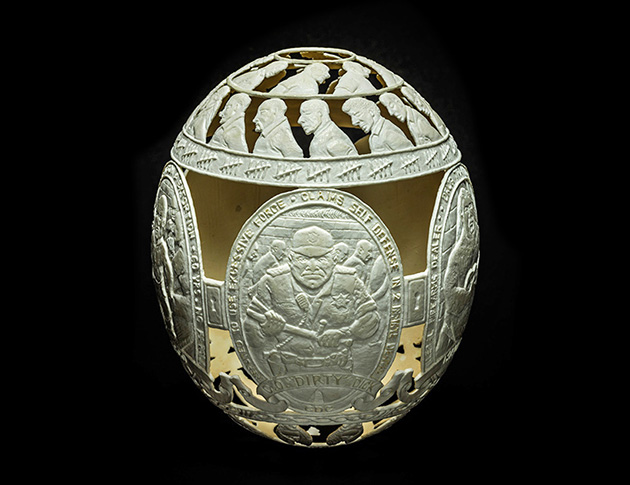 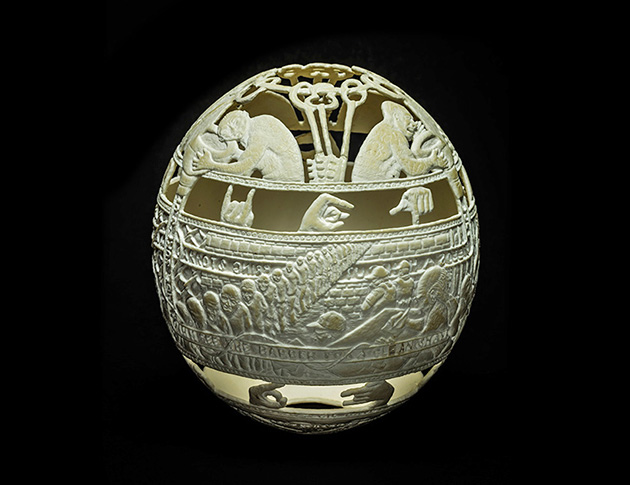