Usually, when we speak about the deadliest species on Earth, all we can think of is massive and gigantic creatures with jaws, sharp teeth and eyes that are enough to make you feel numb. However, you would be surprised to know that it is all an act of camouflage by Mother Nature.

Recently, a man in Brazil was taking a walk on a beach in Olivenca and was picking shells up. Suddenly, something caught his eye. He took a closer look and initially thought that it was litter thrown by someone at the beach, something similar to a plastic bag.

When he took a closer look, it started moving slowly. 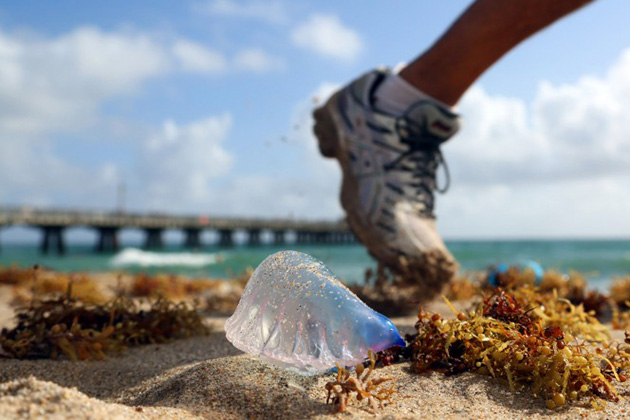 He started wondering about what it could be. 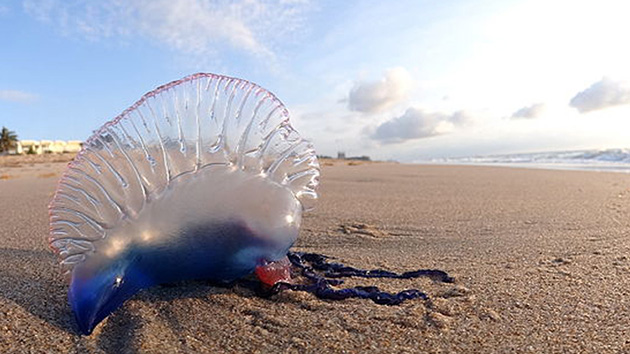 Known commonly as the “Portuguese man of war”, it stings people suddenly which proves to be fatal. 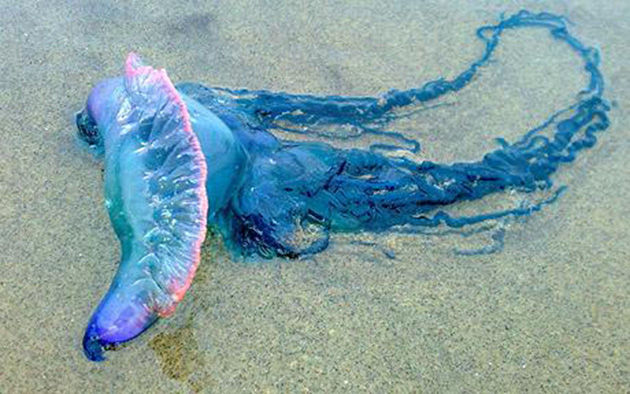 It is not a jellyfish, but belongs to a category known as siphonophores, similar to a coral reef, that is multiple creatures making up one creature. 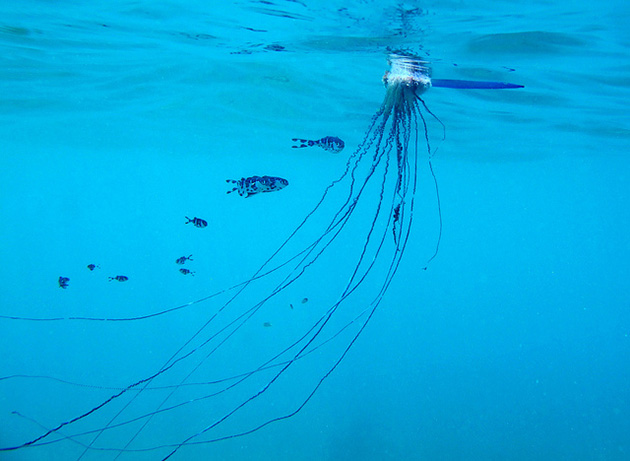 The tentacles can grow up to a length of 165 feet, which is actually longer than a blue whale. 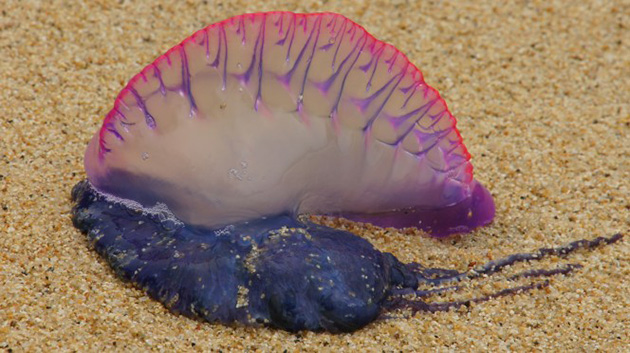 Usually, what turns the sting fatal is when people panic. Even when you are stung, if you keep calm, it might help and you will be out of danger if you receive proper medical attention. 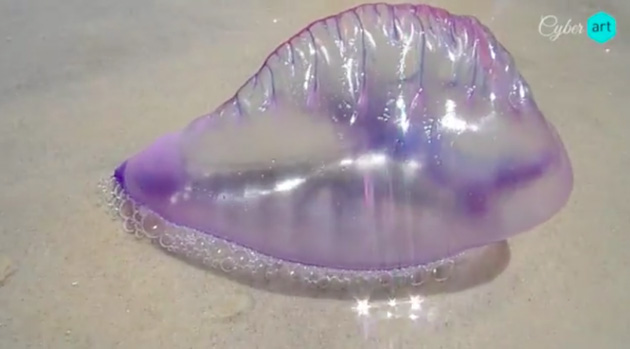 The name is due to the top layer, which looks fully inflated like a Portuguese war vessel. 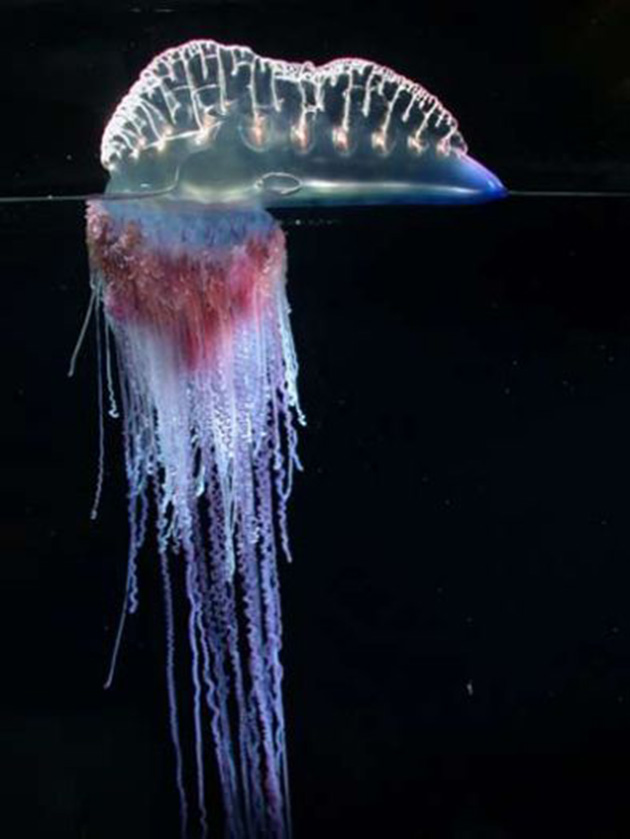 They cannot swim and are just carried by the current.

What amazing creatures! There’s really no limit to nature’s imagination is there? I’ll have to keep an eye out next time I’m at the beach.