In January of 2014, a homeless dog was found wandering around on the streets of Los Angeles by a woman named Ivy Diep. The dog looked frail and skinny like he hadn’t eaten in a long time. So, she decided to do the right thing and take this dog home with her. She named the dog “Popeye.” After Diep took Popeye home, he got along right away with her husband and their other dogs.

Now in 2016, Popeye tags alone with Diep on her dinner dates with other friends. There are many pet-friendly restaurants in Los Angeles so it was no big deal for her to bring Popeye to them. One thing Diep noticed was that Popeye was very well behaved around all the tasty food that would be put on the table. Popeye wasn’t on the ground either. He actually sat in a little seat that let him look at the table where all the food was. He would just sit and look at the food without trying to eat it. This motivated Diep to start taking pictures of Popeye sitting in front of the food with his tongue out. They ended up going to all different kinds of restaurants with different styles of food. Diep took pictures at these restaurants and posted them on Instagram. The response to the pictures was so great that she was even contacted by ABC News.

Now Diep and Popeye go to restaurants on a regular basis to take pictures. Diep even created a special Instagram account devoted to these pictures called “ Popeye the Foodie Dog.” 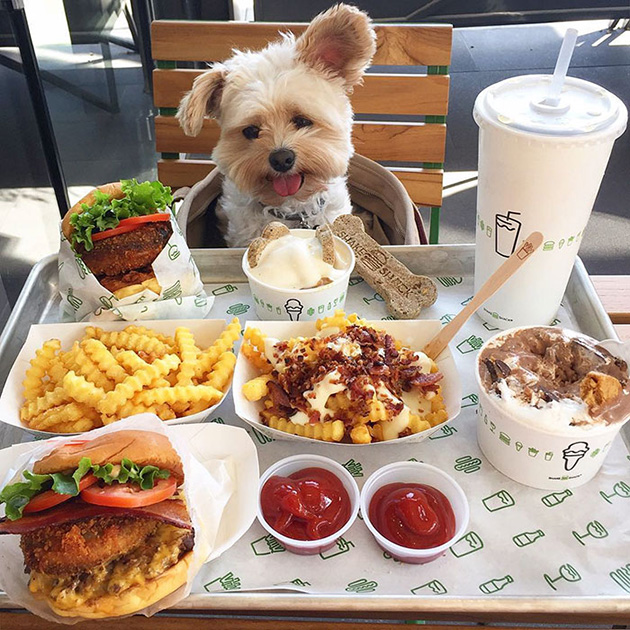 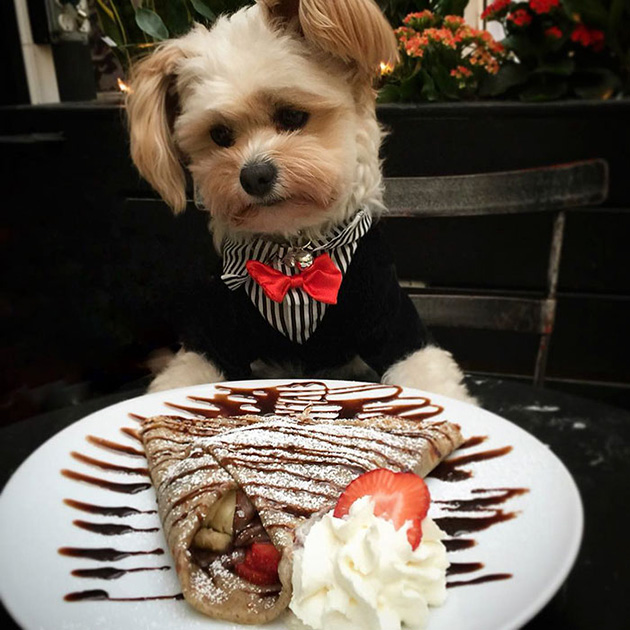 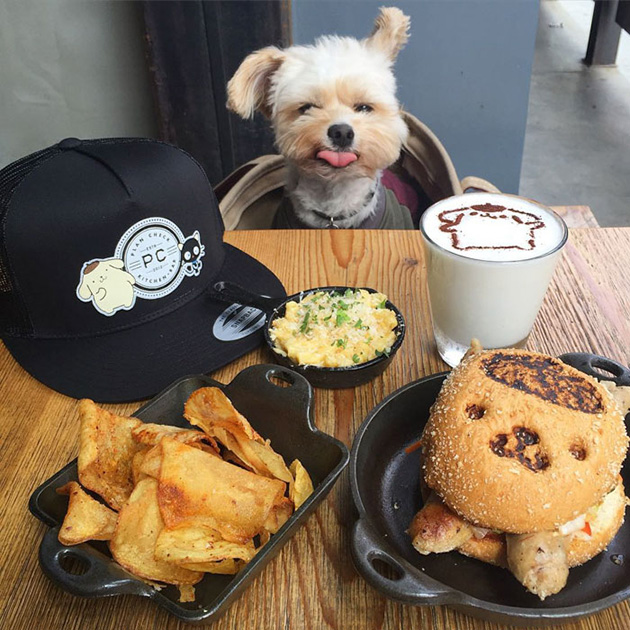 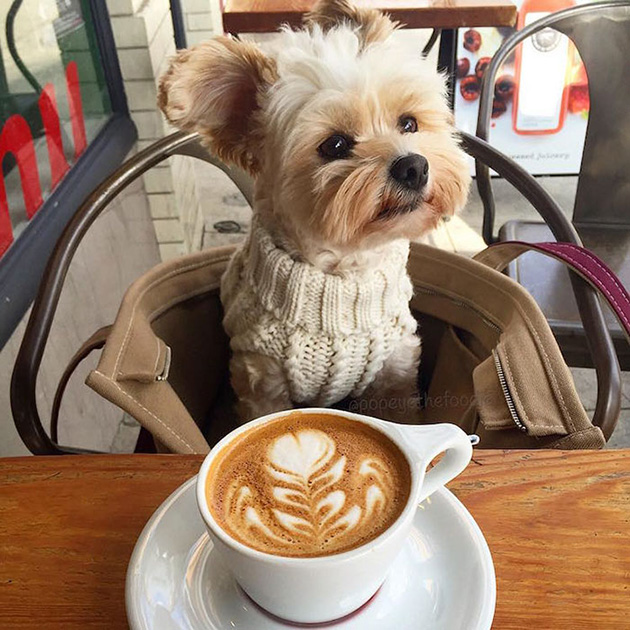 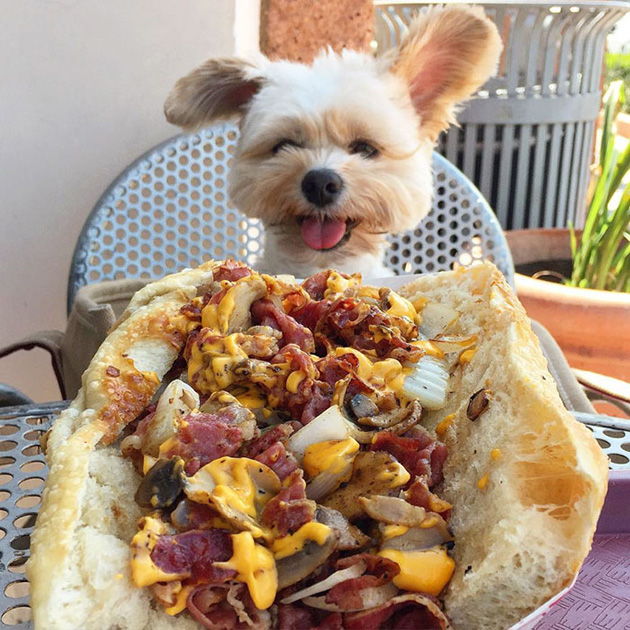 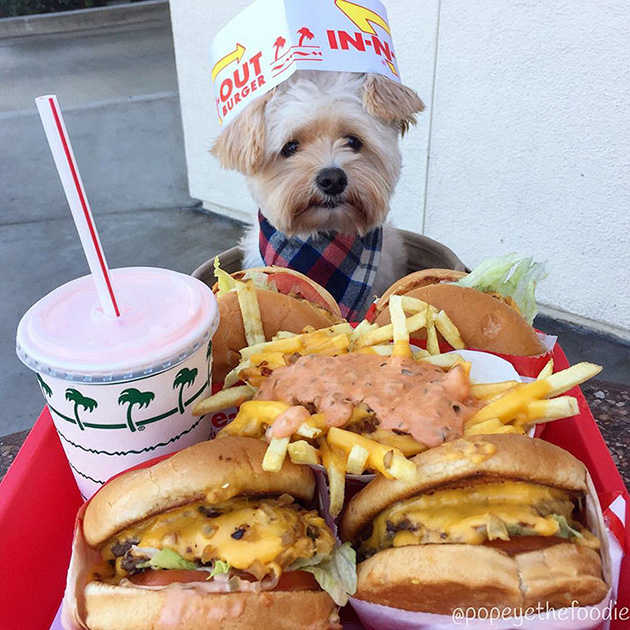 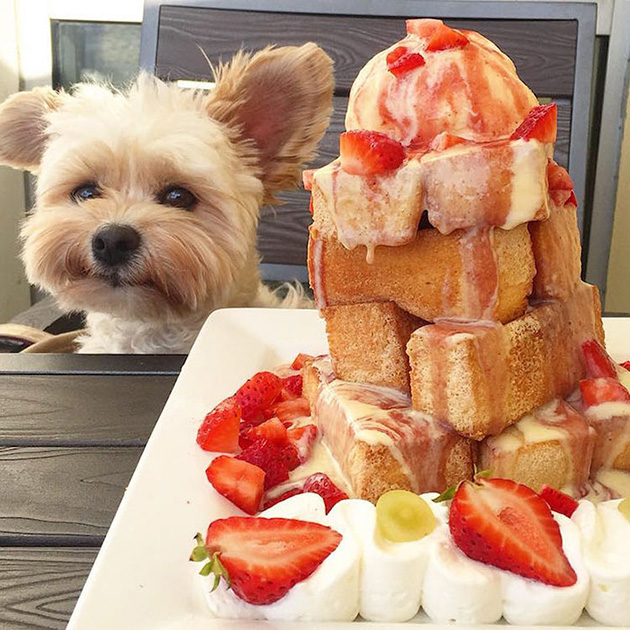 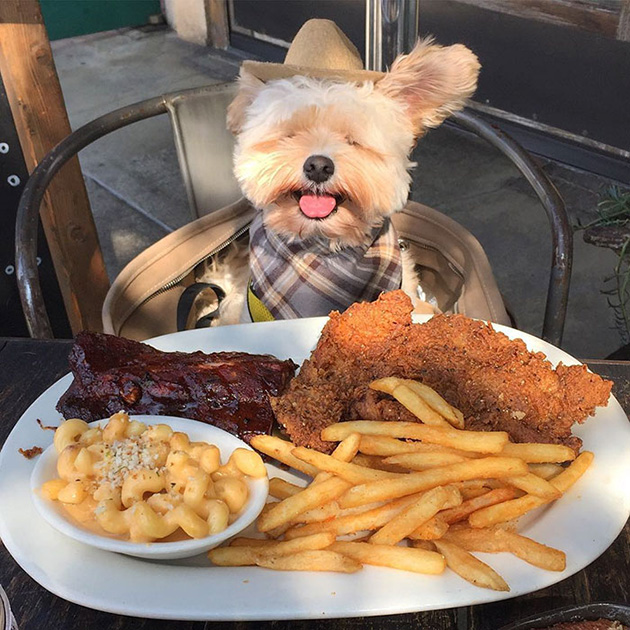 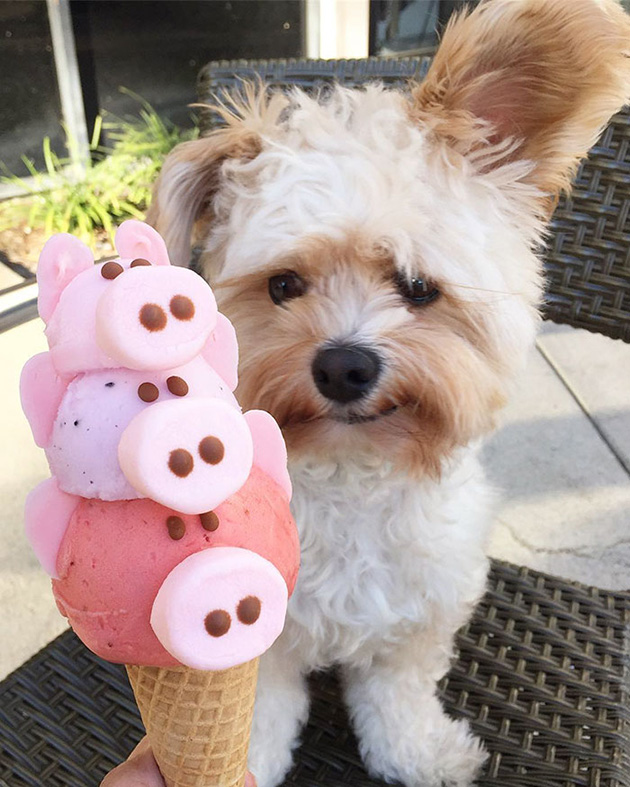 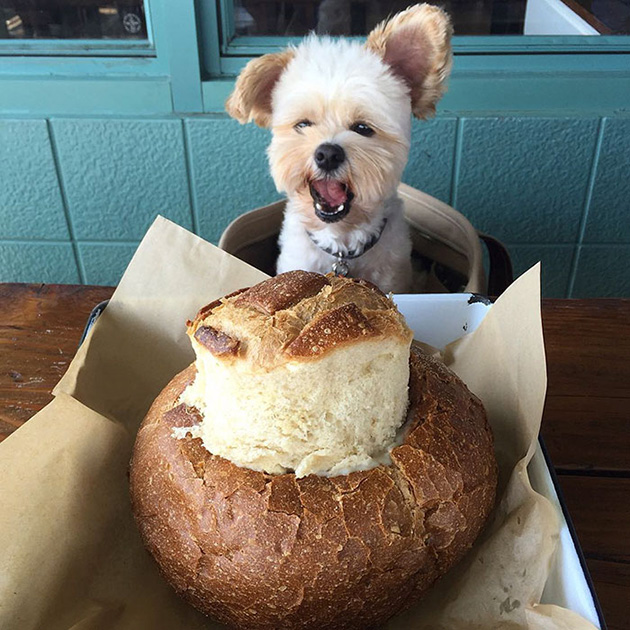 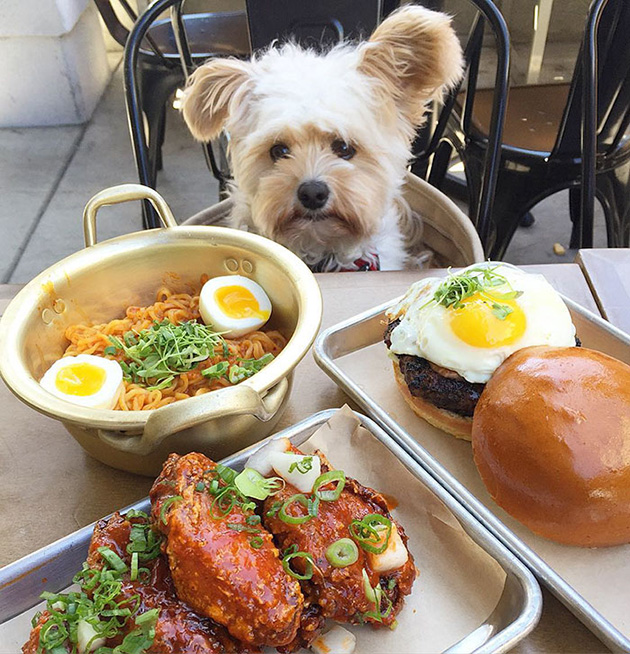 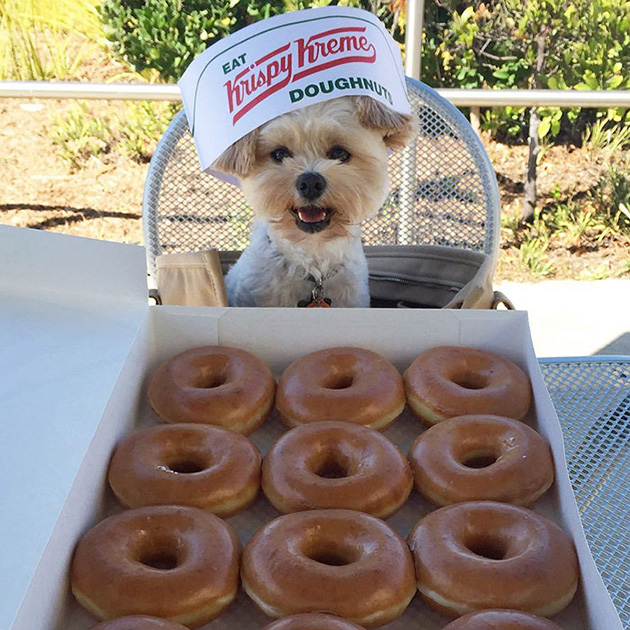 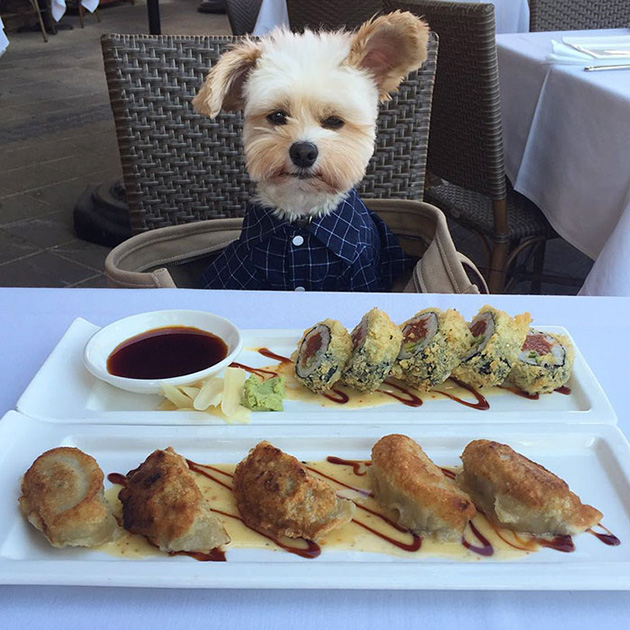 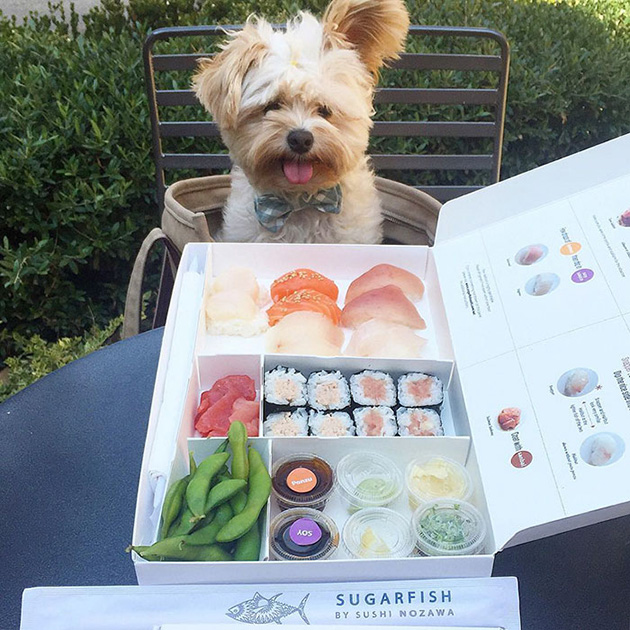 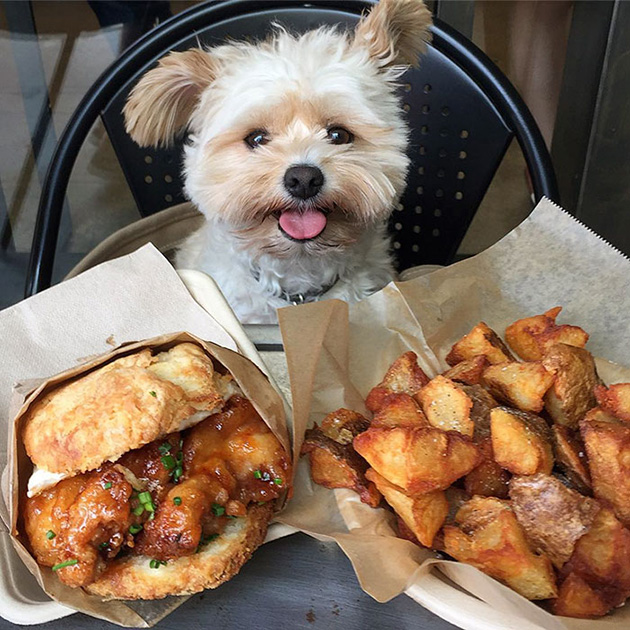