Zdzisław Beksiński was a Polish artist who gained a reputation for some truly dark and thought-provoking works. 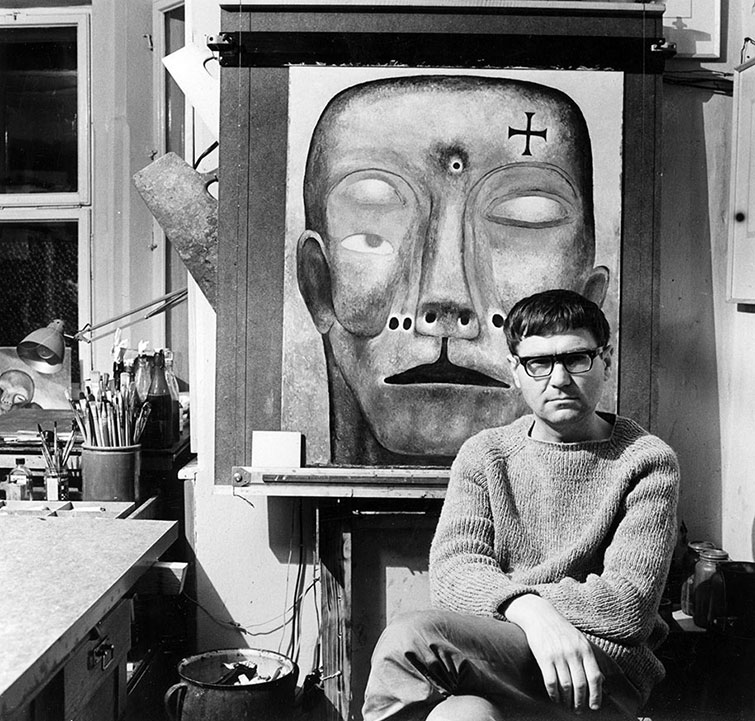 They could be interpreted in a number of different ways thanks to the content of much of his work, which often featured human-like creatures that are contorted and misshapen, dark and brooding colors and shades, along with general dystopian-feeling landscapes and designs. 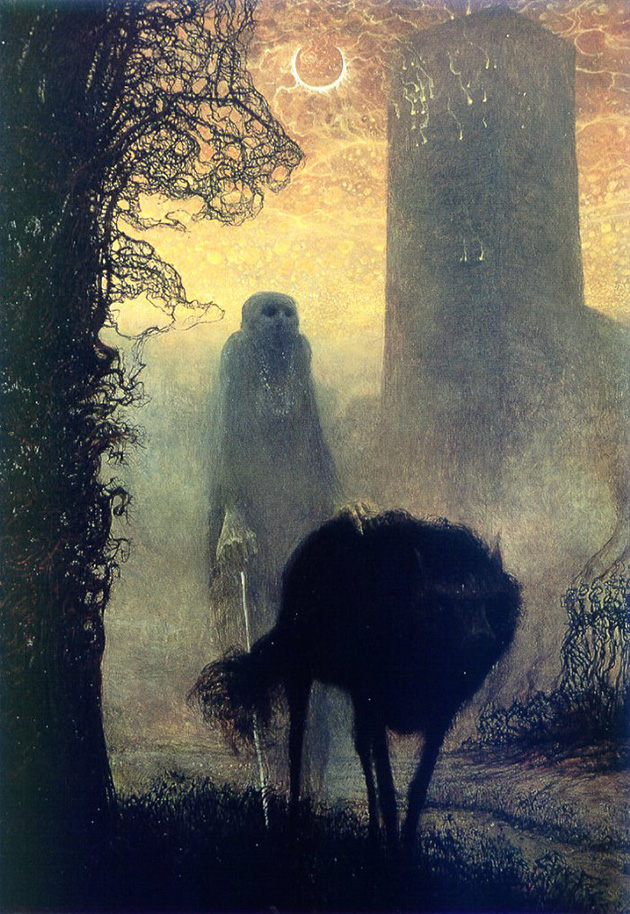 Despite seeming macabre and sombre, the works of art were actually meant to be interpreted as nothing. 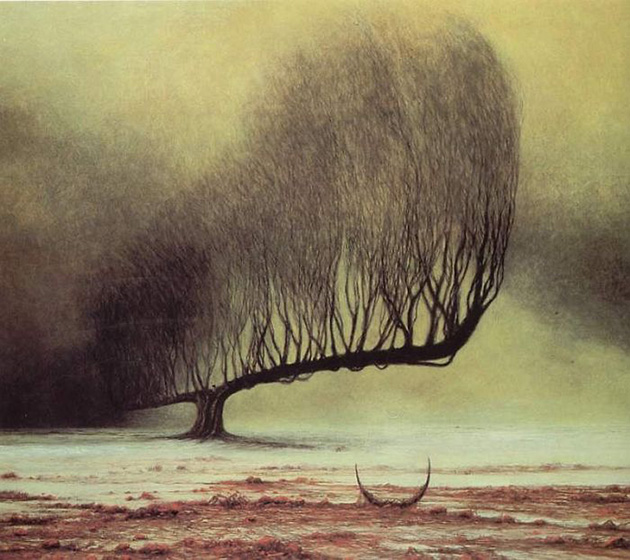 Beksiński never had any intentions of hidden meanings in his art and was actually considered a cheerful man with a great sense of humor. 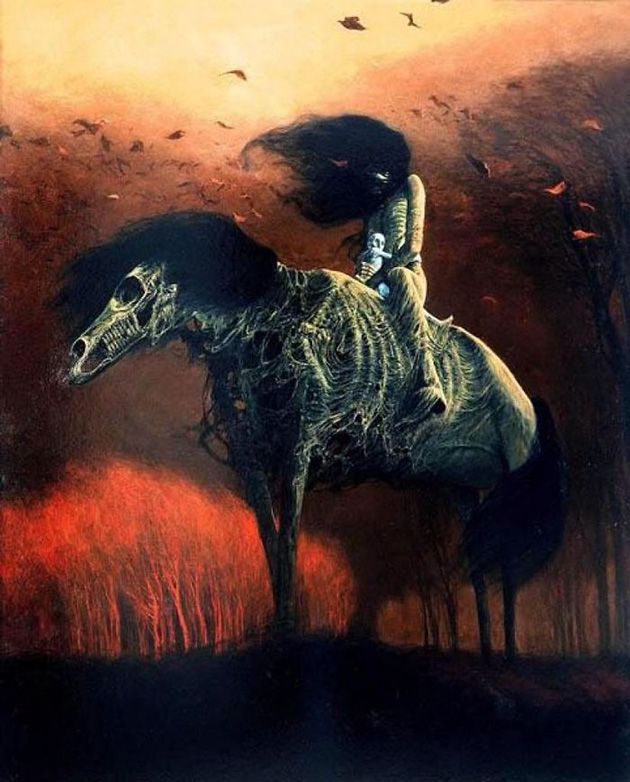 You could be forgiven for thinking the opposite, especially when considering how dark and dreary his work is. 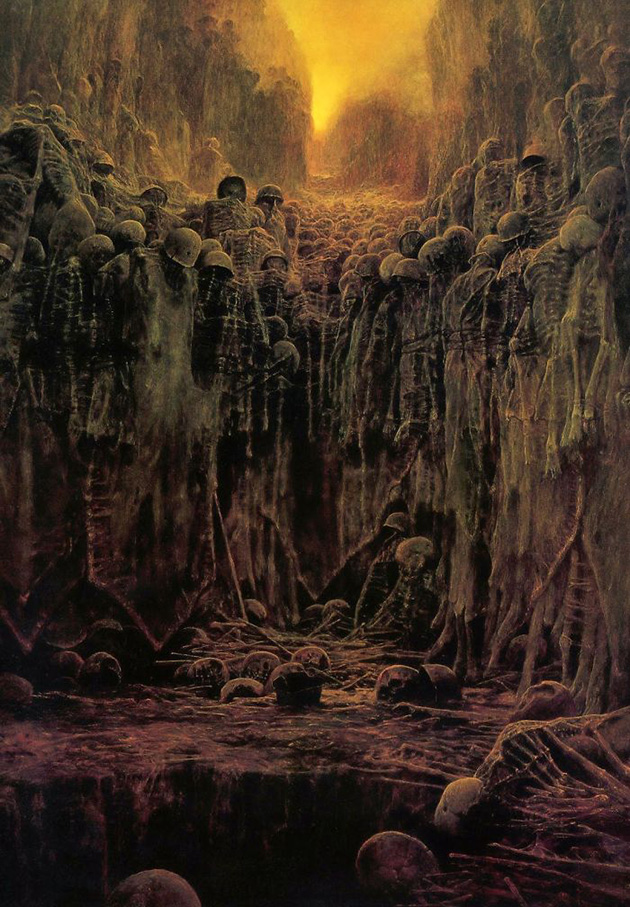 Interestingly enough, classical music was his main inspiration when painting as he never enjoyed painting in silence. 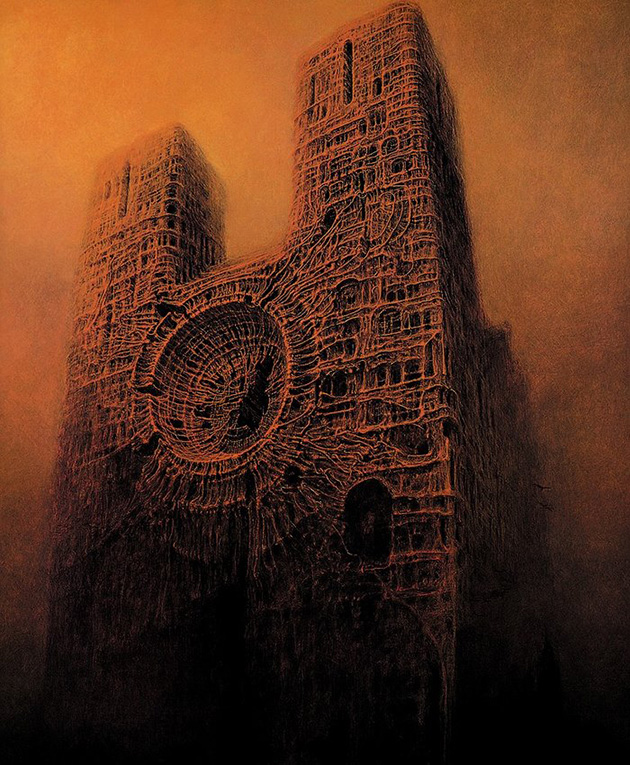 Tragically enough, Beksiński’s own life draw parallels with his work, which was ended on an incredibly dark note. 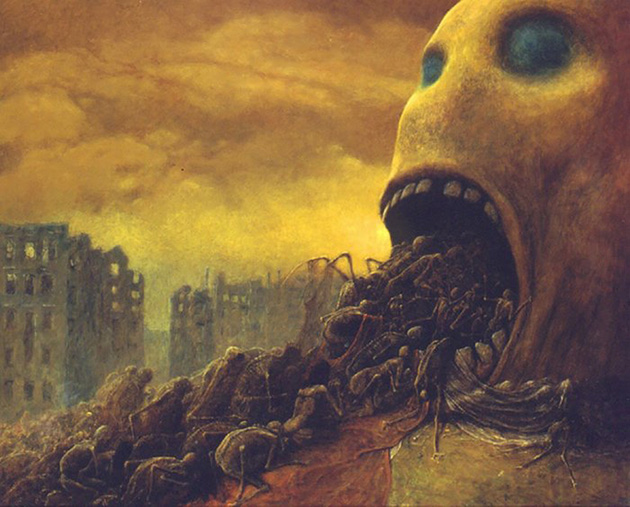 After his wife died, his son took his own life the following year. 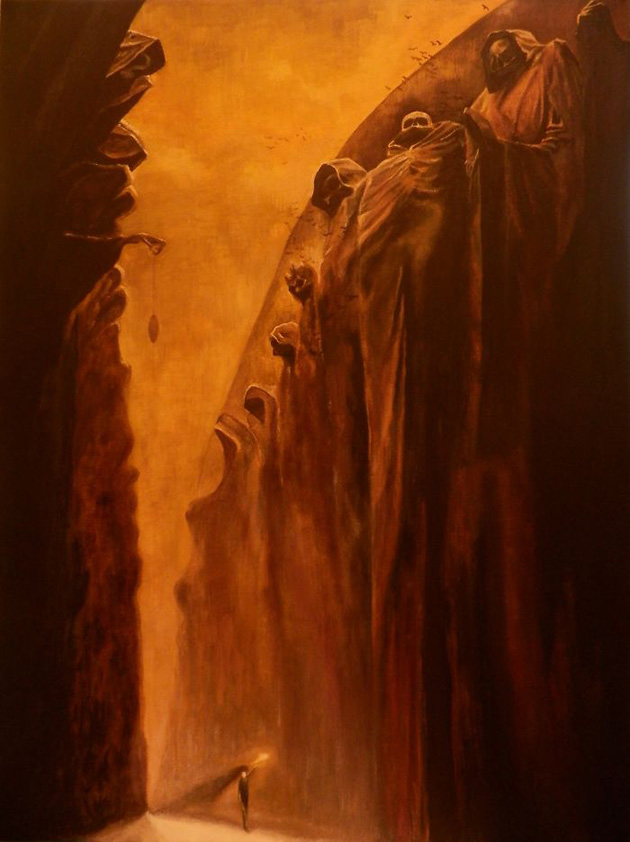 As if that wasn’t bad enough for him, he was murdered in a dispute over $100, which saw him stabbed to death. 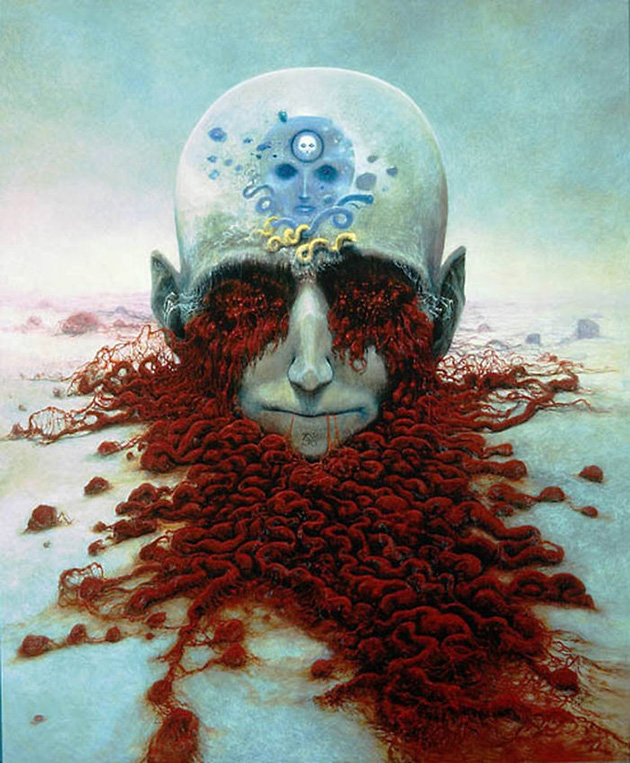 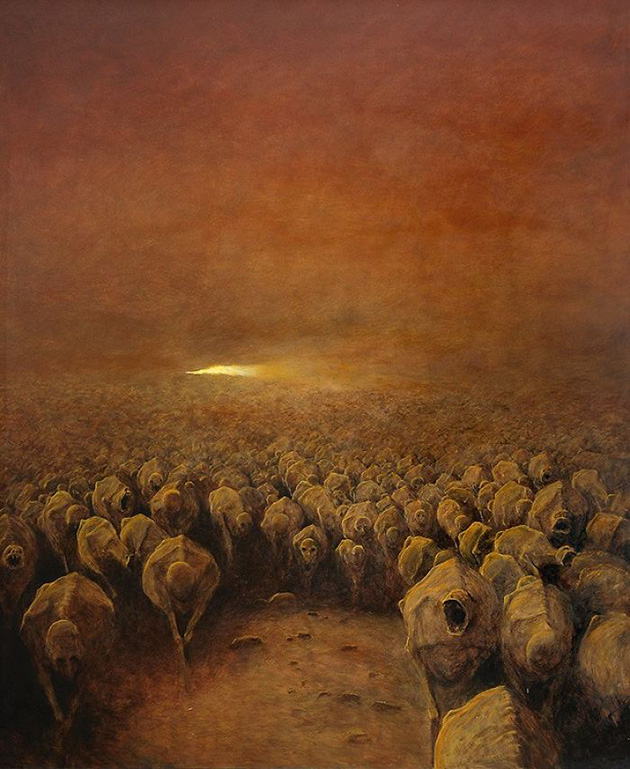