Danny MacAskill performs during the solar eclipse at the Quirrang on the Isle of Skye, Scotland on March 20th 2015. The photograph, which sees Danny appear in mid-air in front of the eclipse, was created by friend and photographer Rutger Pauw who came up with the idea after seeing that one of the best views would be on the rider’s home soil, where 98% of the sun was at one point obscured.

In a behind-the-scenes post on RedBull.com, Pauw explains that the photo was taken with a telephoto lens from a distance of about 300m (984 ft) from Danny. The two communicated with radio mics and because the eclipse doesn’t last long the team only had a minute or two to nail the shot.

Be sure to read the entire post on RedBull.com to learn more about the experience and Danny’s birthplace, the Isle of Skye. 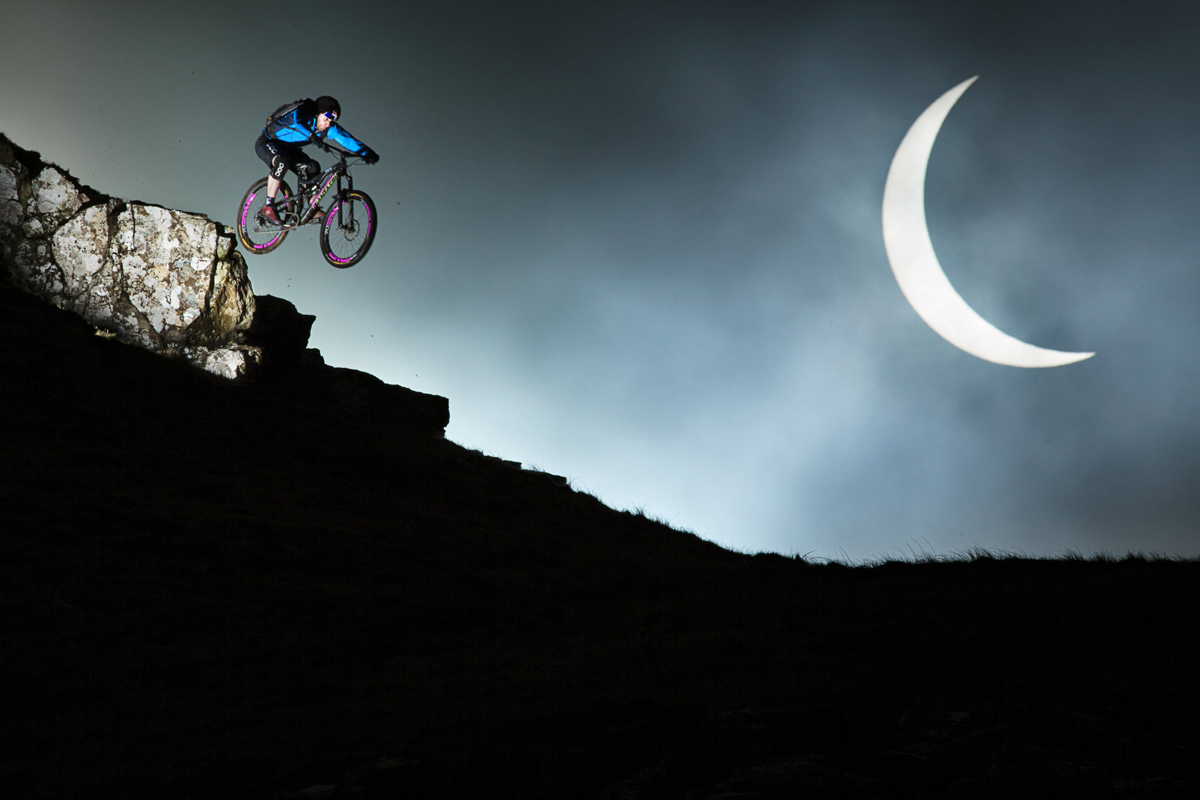