Robert Scott, an expert in candle making from Skeleton Candles, has come up with a new product, owl candles with surprise inside. The new development, known as Angry Owl, is a depiction of the night predator. It is a paraffin wax candle that burns entirely to showcase the skeleton of an angry owl. It burns continuously for 30 hours, before a not-so-scary looking owl turns into a scary skeleton. The skeleton is made from laser cut aluminum and looks much scarier than its calcium counterparts.

The previous production of Robert Scott was Kickastarter, which was a gummy bear candle that had the appearance of a gummy bear while it had a scary skeleton of a bear. The candle was huge enough and looked larger than an actual gummy bear.

Follow his link to have a look at the various candles he has made and you can order them too! 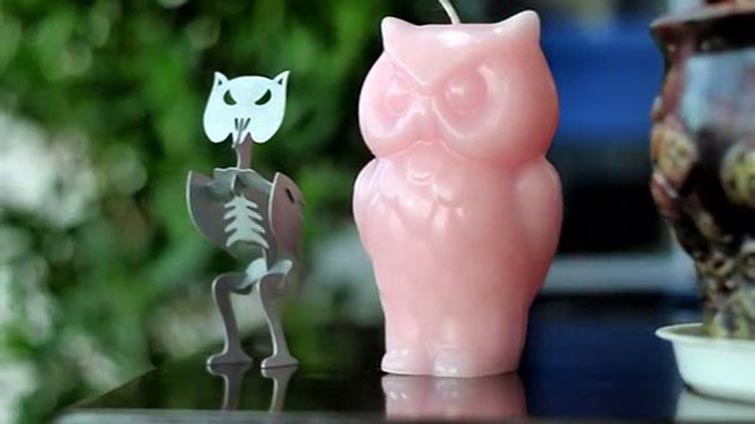 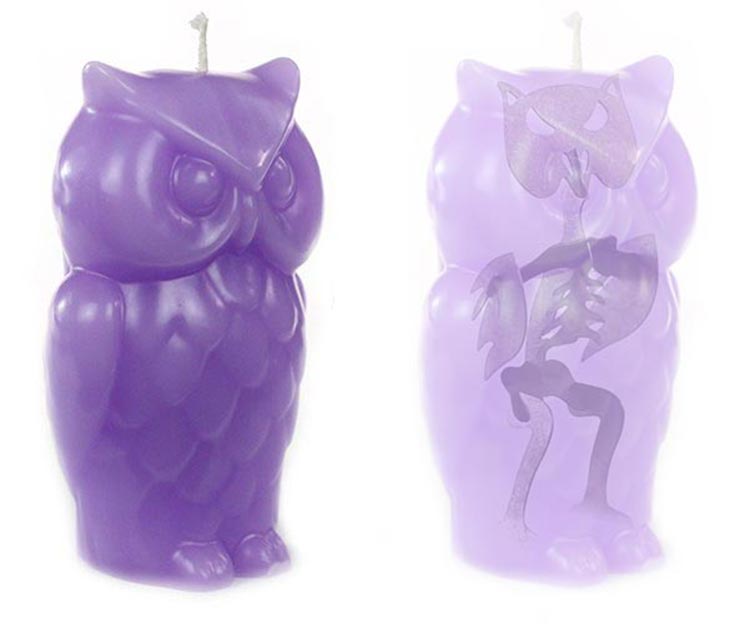 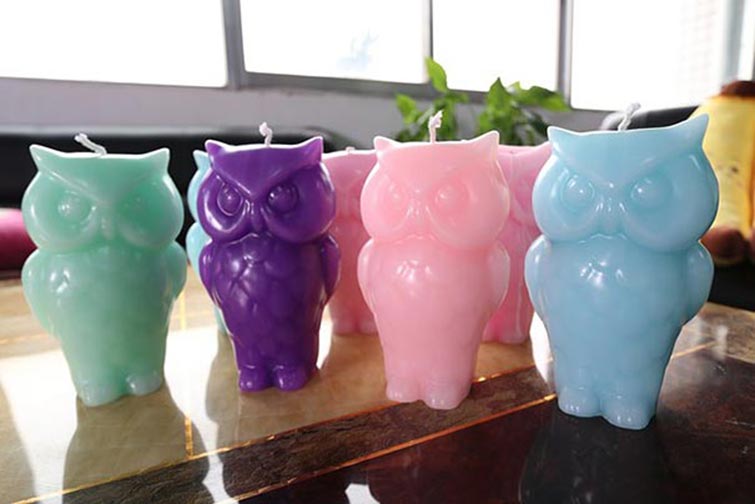 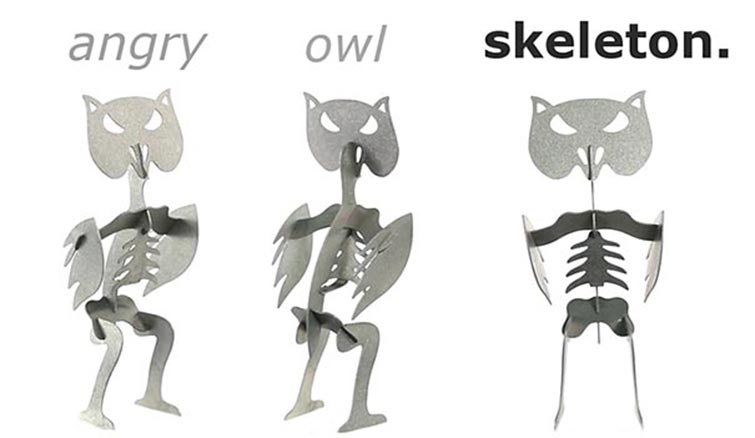