Polly, a rescue goat, is known to suffer from anxiety and one day, her owner decided to get her a duck goat. What happened next was miraculous and the blind, neurologically affected rescue goat was no more anxious after having the duck costume from the kid’s section of Marshalls. Whenever he put the costume on the goat, she would become calm instantly, said the owner Leanne Lauricelle when he was speaking to the Goats of Anarchy.

Polly previously used to run around and cry continuously when her owner was not to be seen and her behavior was like that of anxiety, like moving to the corner of the house or sucking on the wall, eventually leaving marks on all the walls. However, ever since she got the duck costume, she is peaceful! She is blind and has other neurological problems. 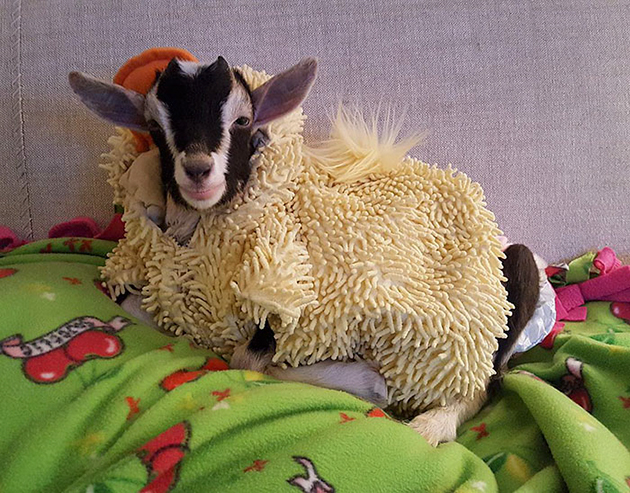 When she wore the duck costume, she would stop being anxious and start chilling instead of sucking on the wall. 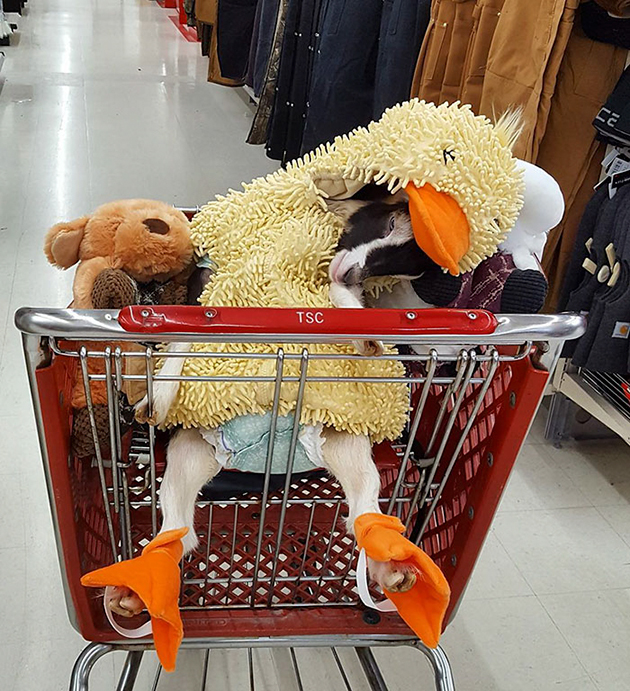 When the duck costume was put on her, she used to calm down. She closes her eyes and suddenly becomes calm! 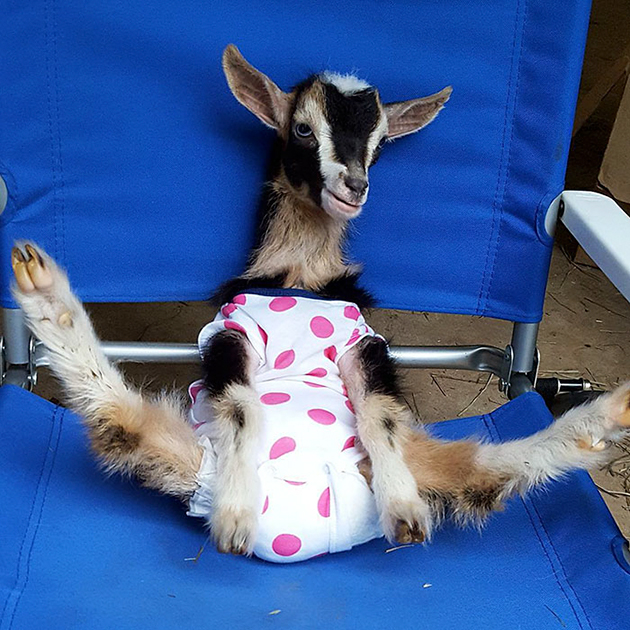 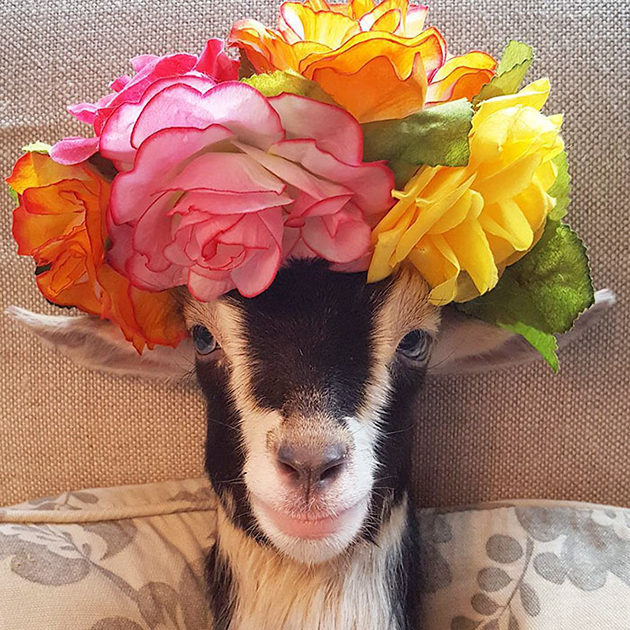