A woman cladded in the white dress is walking down in the famous O’Connell Street of Dublin. The street was known as Sackville at the time when this photograph was captured. It was named after Lionel Sackville- the first Duke of Dorset 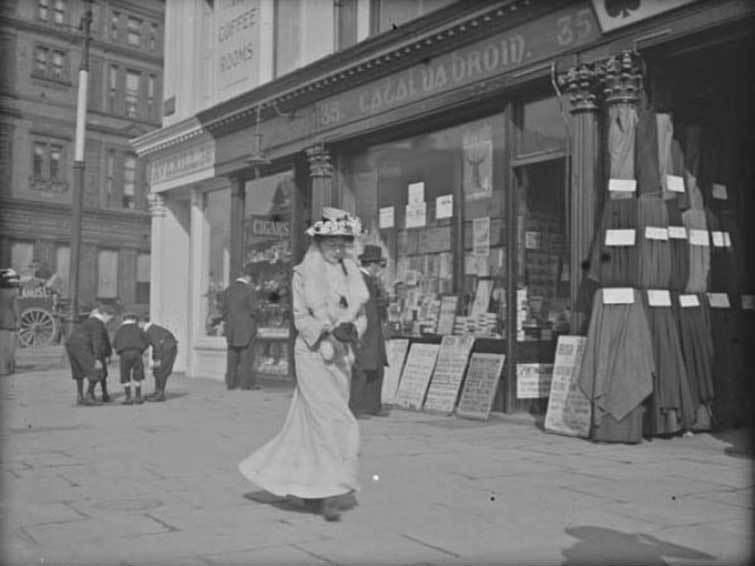 This is a famous street in Dublin of 1900s. It was named after a nationalist leader of Germany – Daniel O’Connell in 1924. At the end of this street, a statue built in honor of Daniel can be seen. 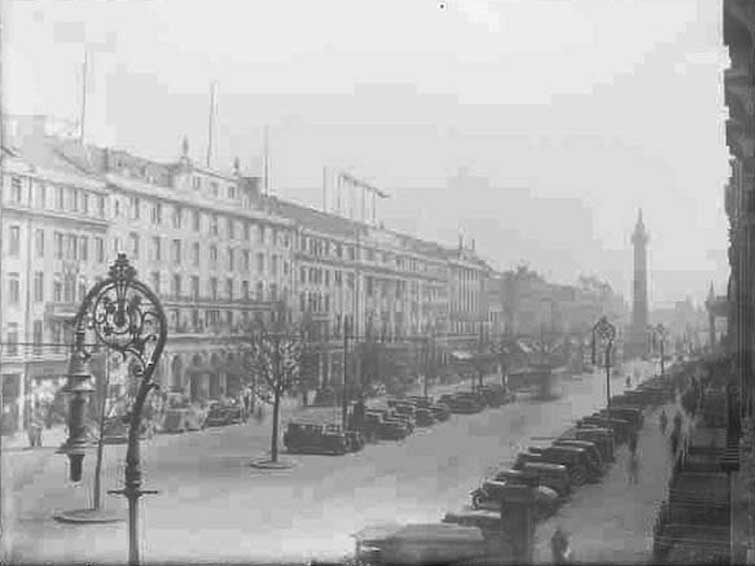 O’Connell Bridge walks through the River Liffey in Dublin and connects O’Connell street to D’Olier Street, Westmoreland, and the South Quays. 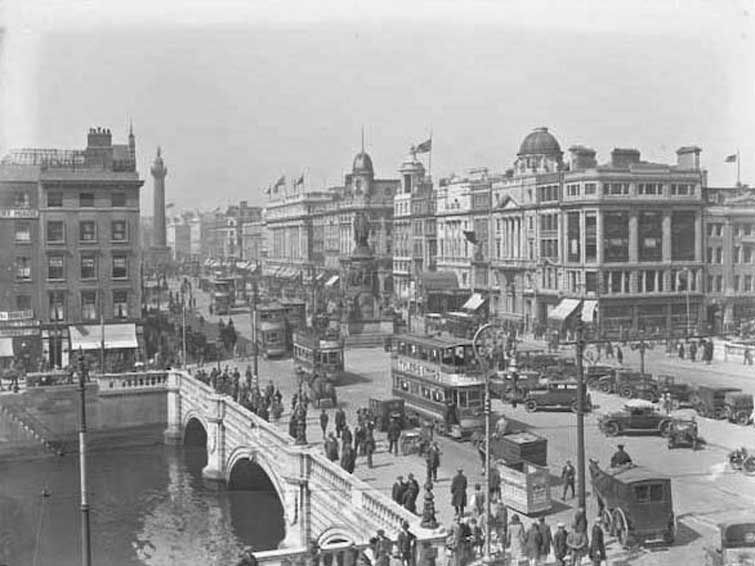 This is St. Vincent Hospital near St. Stephan Green in Dublin and an Irish woman is passing by it. Behind it is the tower of  Catholic University of Ireland 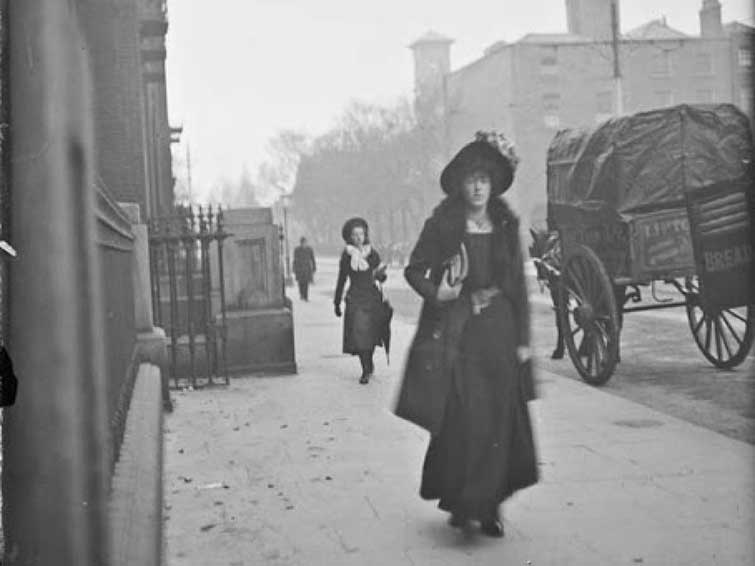 This is the Shelbourne Hotel and a man is driving an antique automobile in front of it. This hotel was founded in 1824. It has historical significance as well because in its Room No. 12. Irish constitution was drafted. 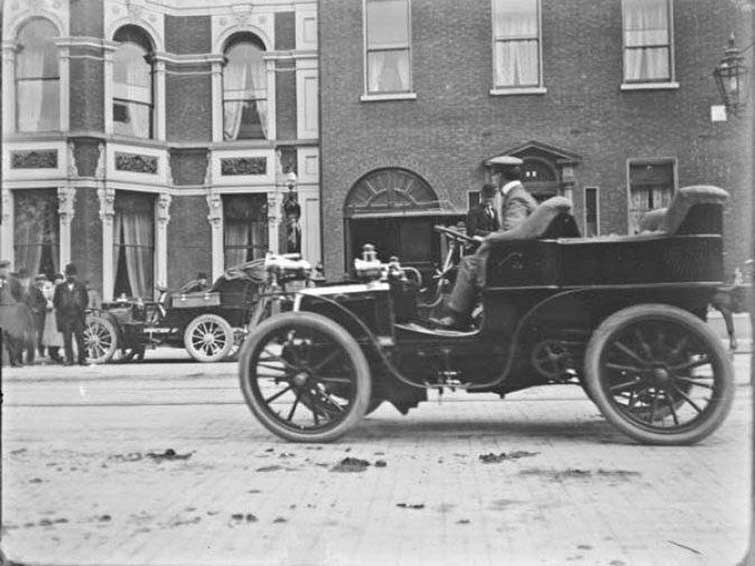 This is junction of Nassau, Grafton, and Suffolk streets. Men and women are converging at this junction. THis juunction is famous as Famous Irish writer James Joyce found his love Nora Barnacle here. 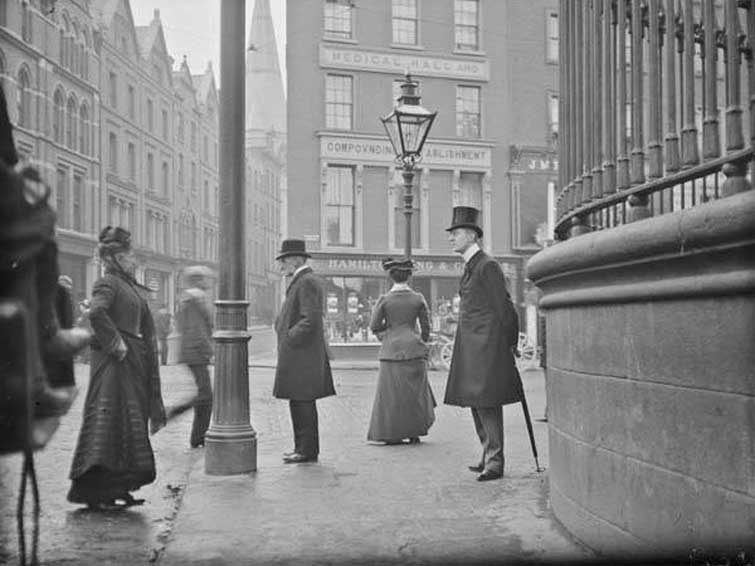 This is Graftion street and two women are passing by it. THis street is  still one of the top shopping mall in Dublin. 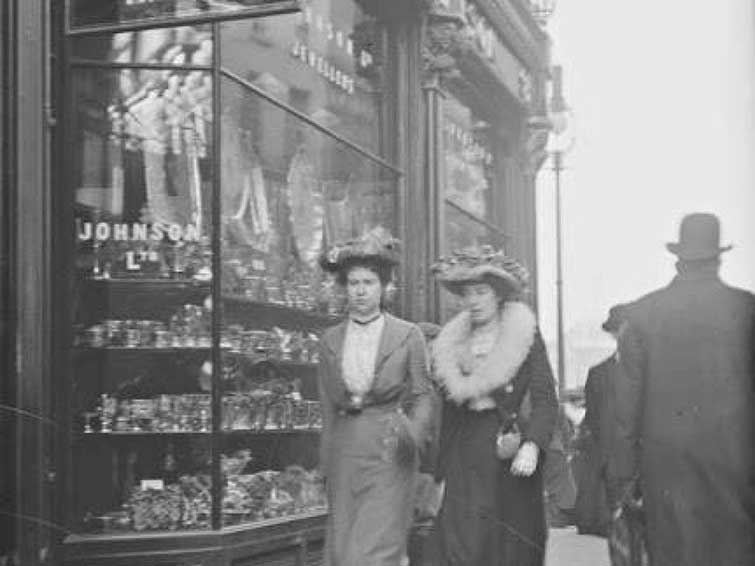 Two women are walking thhrough Grafton street in Dublin – a street named after Henry FitzRoy who was the first Dule of Grafton. His another identification is that he was the illegitimate son of Charles II of England. 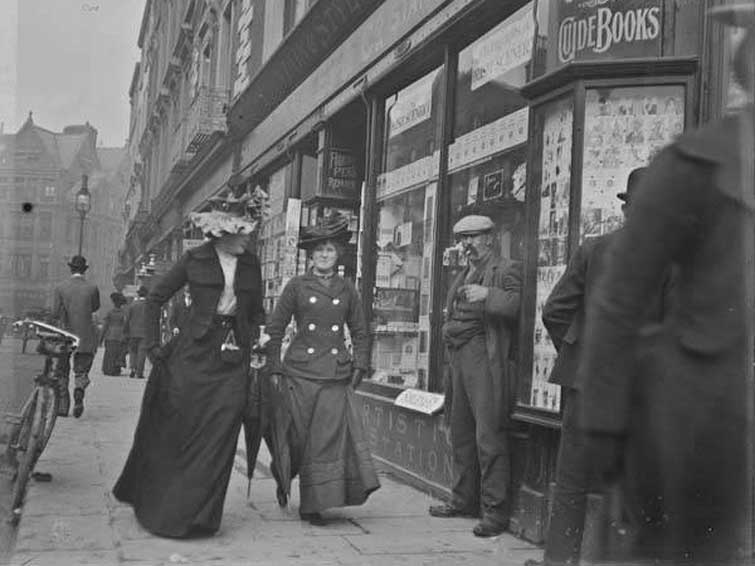 The Dil Chamber in the Leinster House, a complex that holds the Oireachtas, or the parliament of the Republic of Ireland. 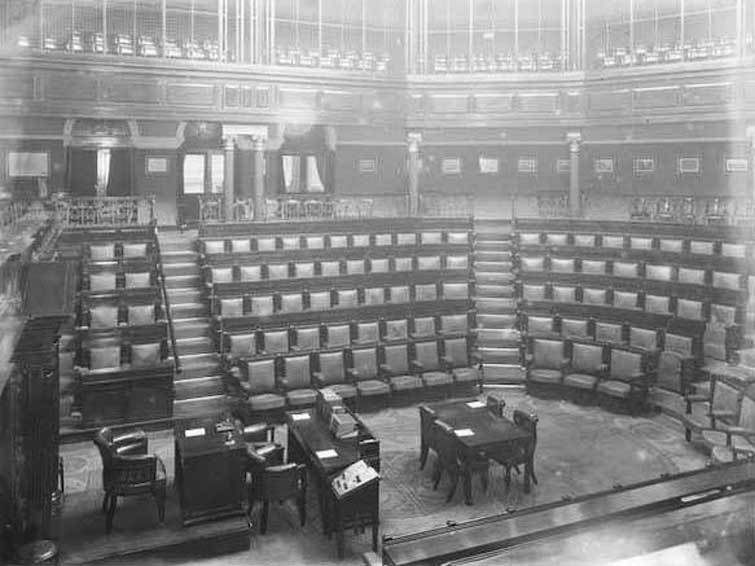 The Gates At Leinster

A lady leaves the entryways at Leinster House on Kildare Street. 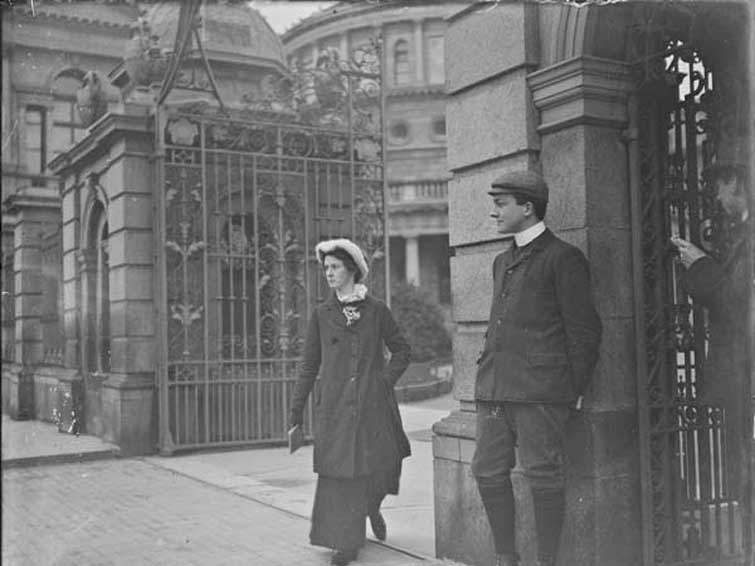 A Queen Victoria statue on the Leinster garden. Initially, the house was the castle of the Dukes of Leinster. 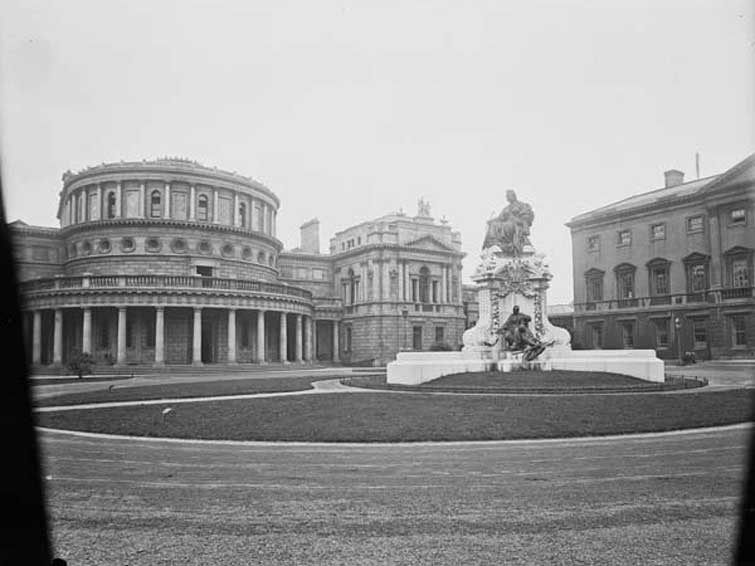 A burial service parade advances down Blessington Street in Dublin. 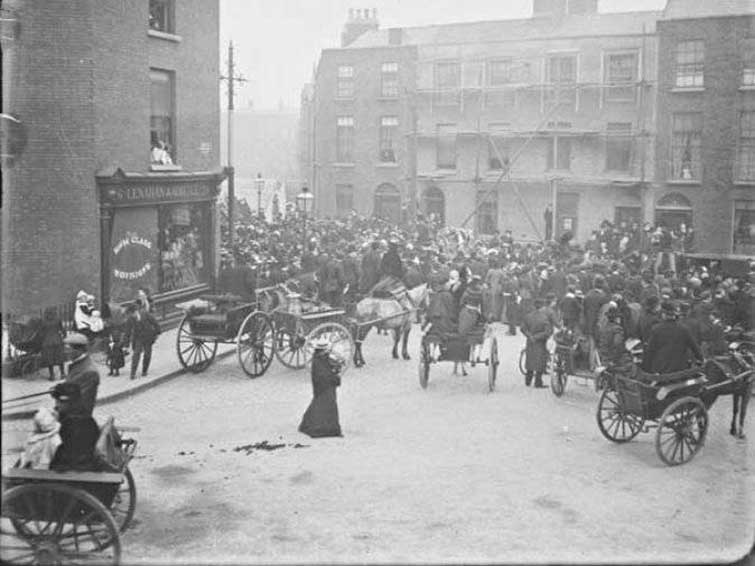 The S.S. Scotia docked. The oar steamer traveler vessel was manufactured by the British yet conveyed travelers between Kingstown, Howth, and Holyhead. 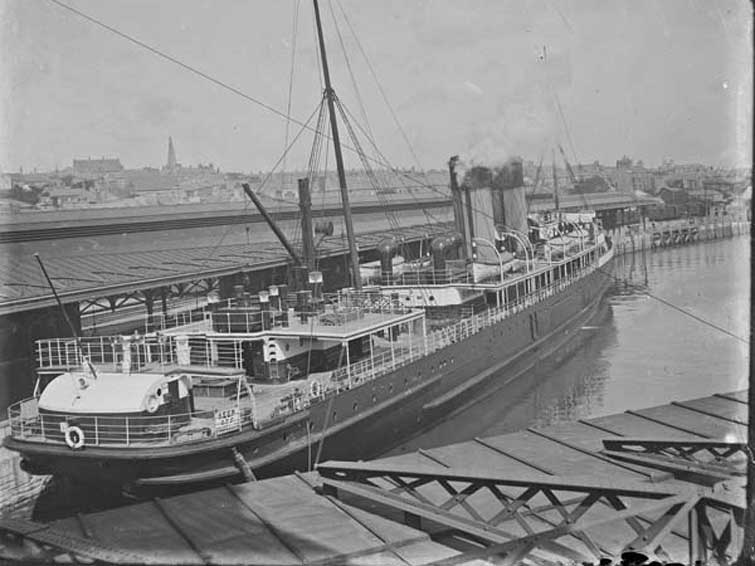