Irrespective of whether you follow the music of Nirvana or not, you would definitely have seen the cover image of the album Nevermind. You can see a naked baby chasing a dollar in the swimming pool and as per the Rolling Stone magazine poll, it is the third most cover ever made. 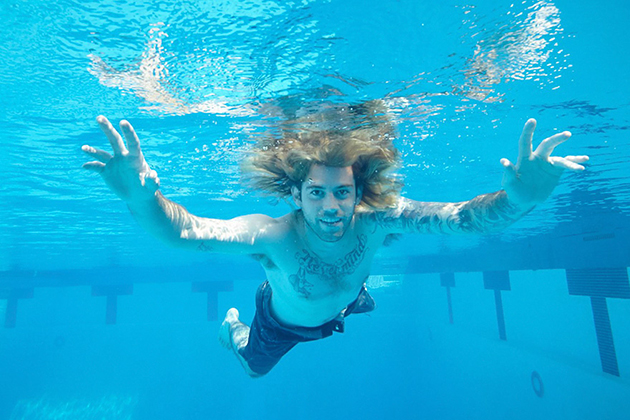 The baby in the cover is Spencer Elden, who is now 25 years old and to pay homage to 25 years since the album was released, he decided to recreate the same pose. The photographer for the previous photo, John Chapple, remained the photographer for the new photo also. Back then, the photographer paid Spencer’s parents $200 for this photo, and this time around as well, John paid Spencer $200. However, it was not about the money for Spencer as he wanted to recreate the album for completing 25 years. Scroll down to have a look at the original and recreated photos! 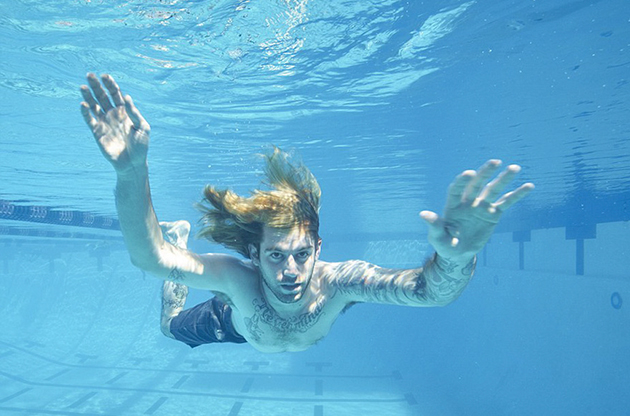 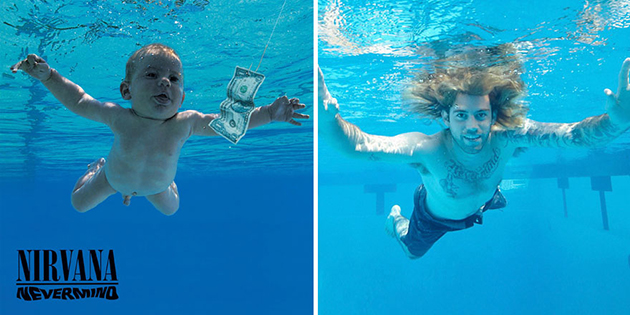 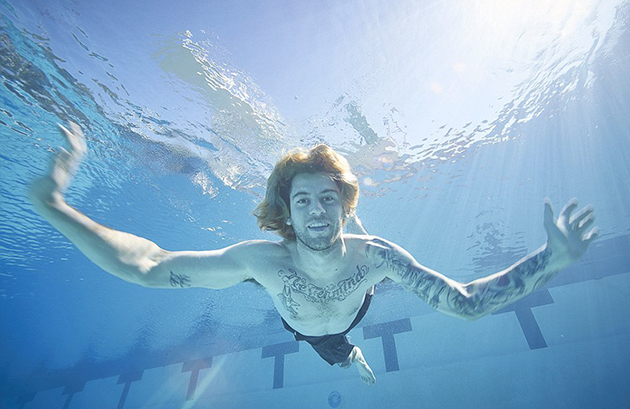 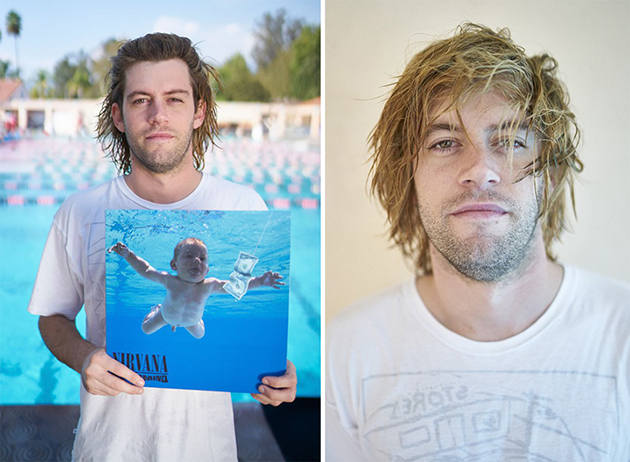