Although the Dodo bird has been extinct since the past few decades, there is one bird that is its closest relative, known as the Nicobar pigeon. It is highly similar to the flightless dodo bird. However, there is no close physical resemblance between both the birds.

The Nicobar pigeon has a vibrant plumage and shines in different bright colors. It also has a pair of reddish legs and a small tail, which has been so due to the geography it is native to. As these birds do not have to hide from any predators, they can flaunt their bright colors proudly. The Nicobar pigeon is native to Southeast Asia Pacific and the name is derived from the Nicobar Islands present in India. The population of this bird is not clearly known. However, we certainly know that the count is rapidly depleting and it might be endangered soon. There are conservation efforts in place to ensure that the Nicobar pigeon does not become extinct like the dodo bird, which became extinct.

Scroll down to have a look at the brilliant colors. 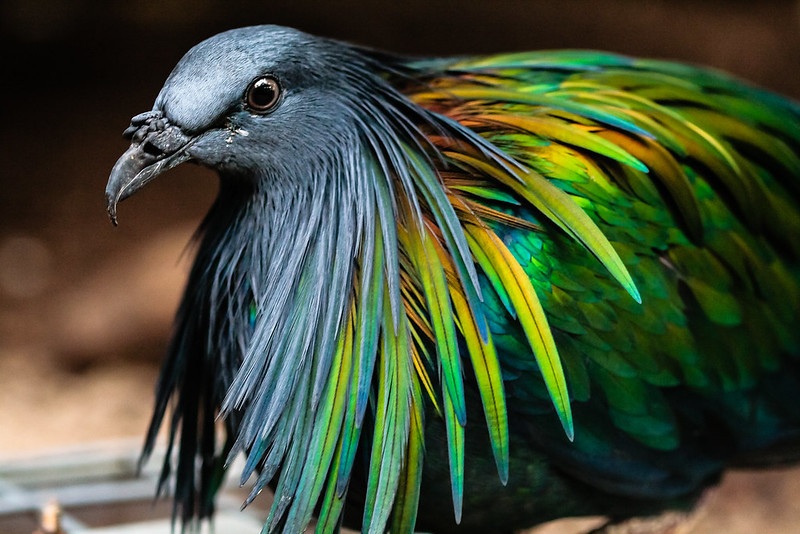 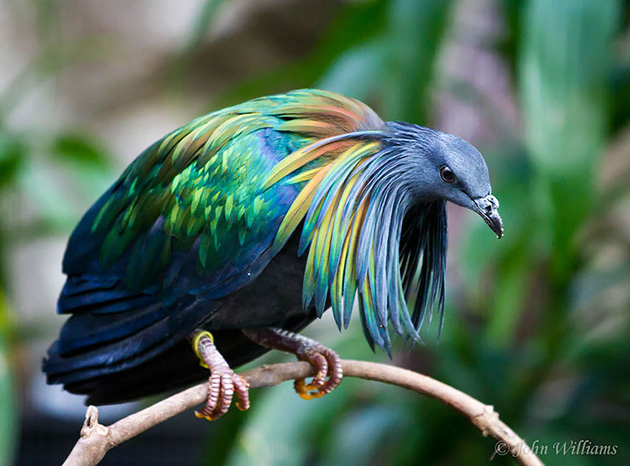 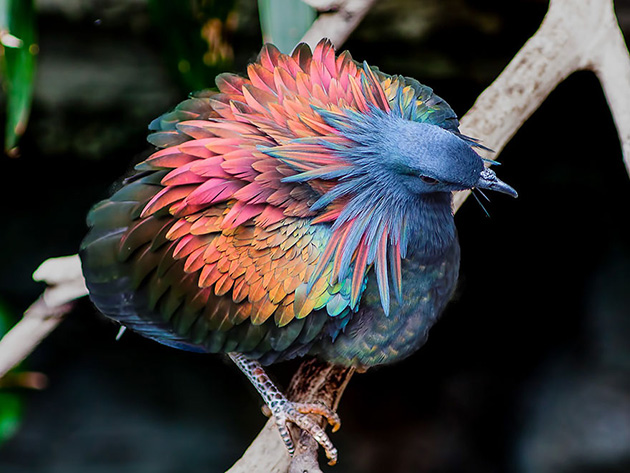 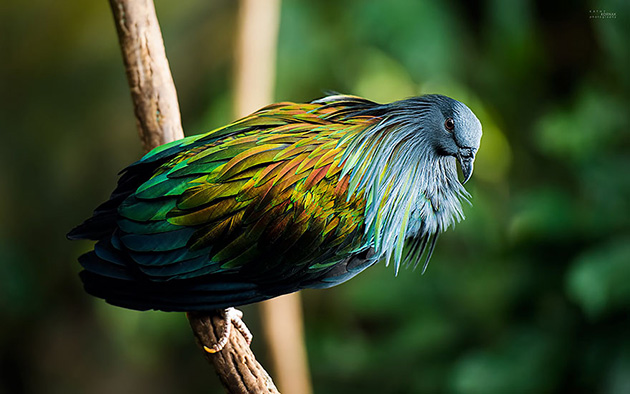 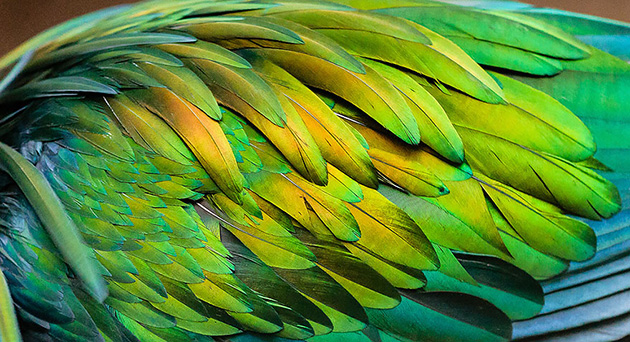 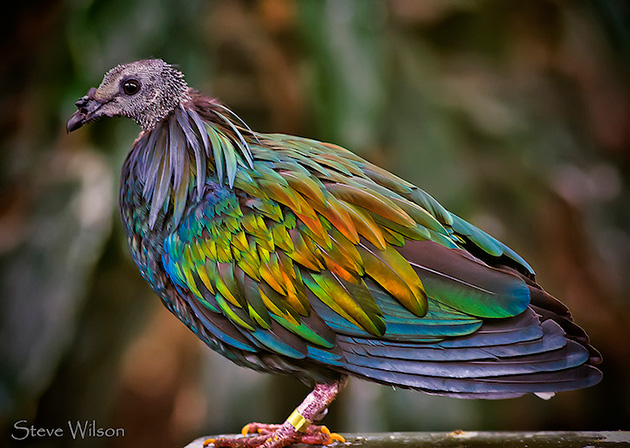