Life on the street is a terrible way to live, no matter who you are. Logically, when you are a pup, left to your own devices, it can be pretty scary, especially when you depend on someone’s care and support. Loads of dogs walk the streets of the world, hoping someone would take them in. 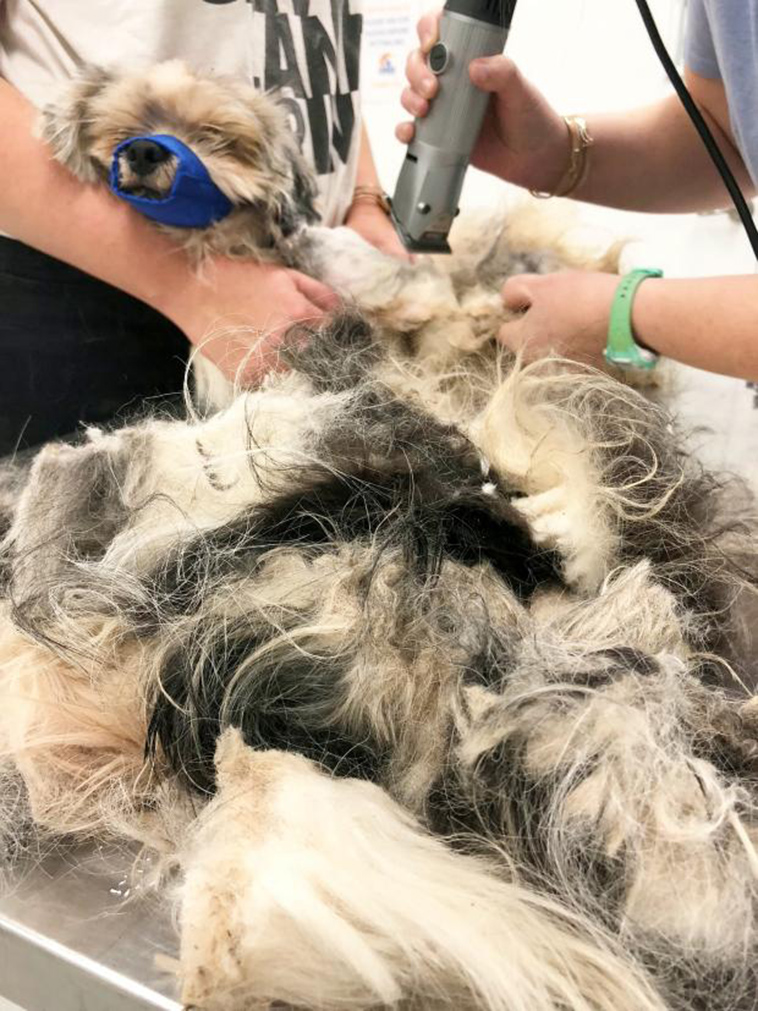 Naturally, when one good Samaritan found a dog that looked disheveled, all covered in dreads and mats, they called the good folk at the Clarksdale Animal Rescue Effort and Shelter (CARES). The poor pooch was just looking for some tender love and affection, but they knew that something had to be done to improve the dog’s life and fast. 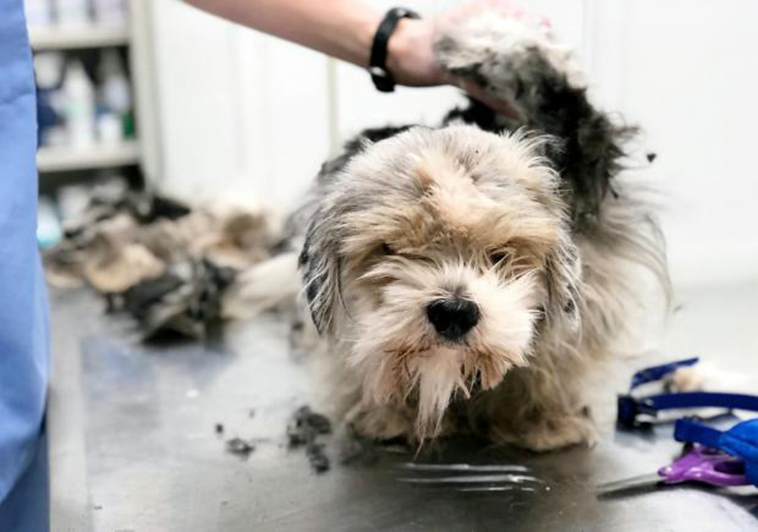 When the rescuers brought the frightened dog to the shelter, the groomers were shocked at the condition he was in. An estimated four and a half pounds of matted fur was covering his tiny frame and weighing him down with dirt. Before they could find a decent home for this bundle of joy, the dog needed a makeover and stat! 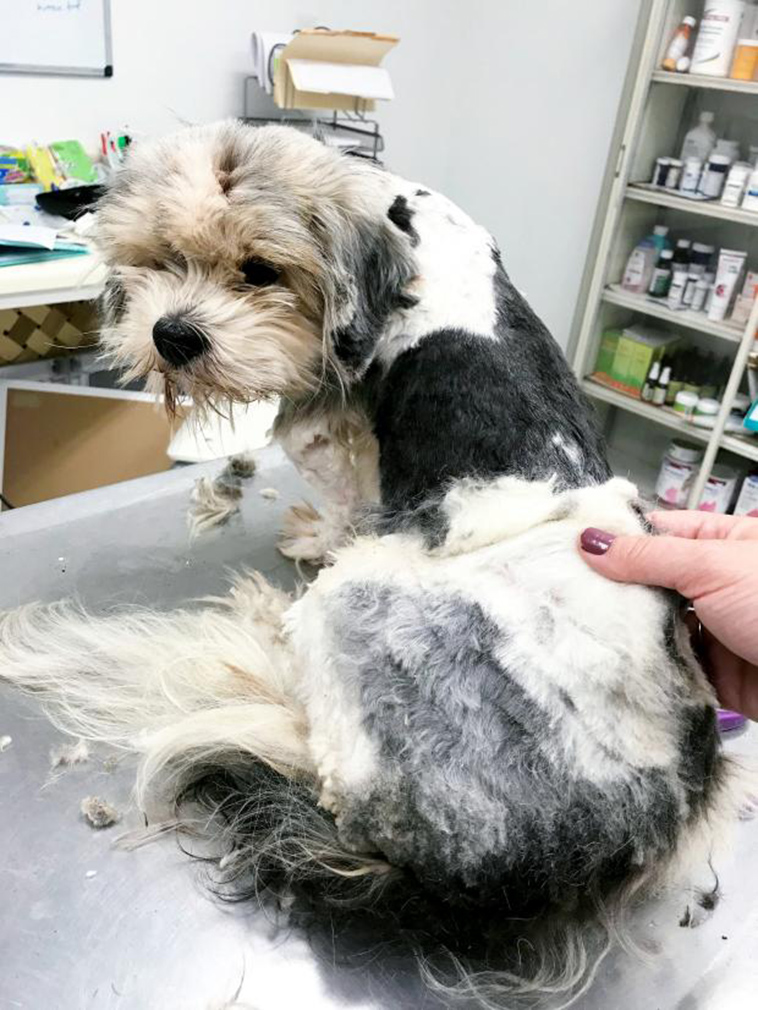 Sheers in hand, the groomers got to work. The mats were dropping from the doggy’s body like stones, revealing a wonderful pattern underneath. The poor pup was in so much pain, they had to muzzle him to keep everyone safe. When they were done, he turned from a bunch of knots and dreads to a loving puppy! What an amazing transformation!