Arriving at a landfill site photographer Troy Moth was taken back by what he witnessed first hand. A bear slumped over in the middle of a smoking landfill site. The stark contrast between such a magnificent creature and the devastating man-made waste that surrounds it almost too much for Moth to bare. 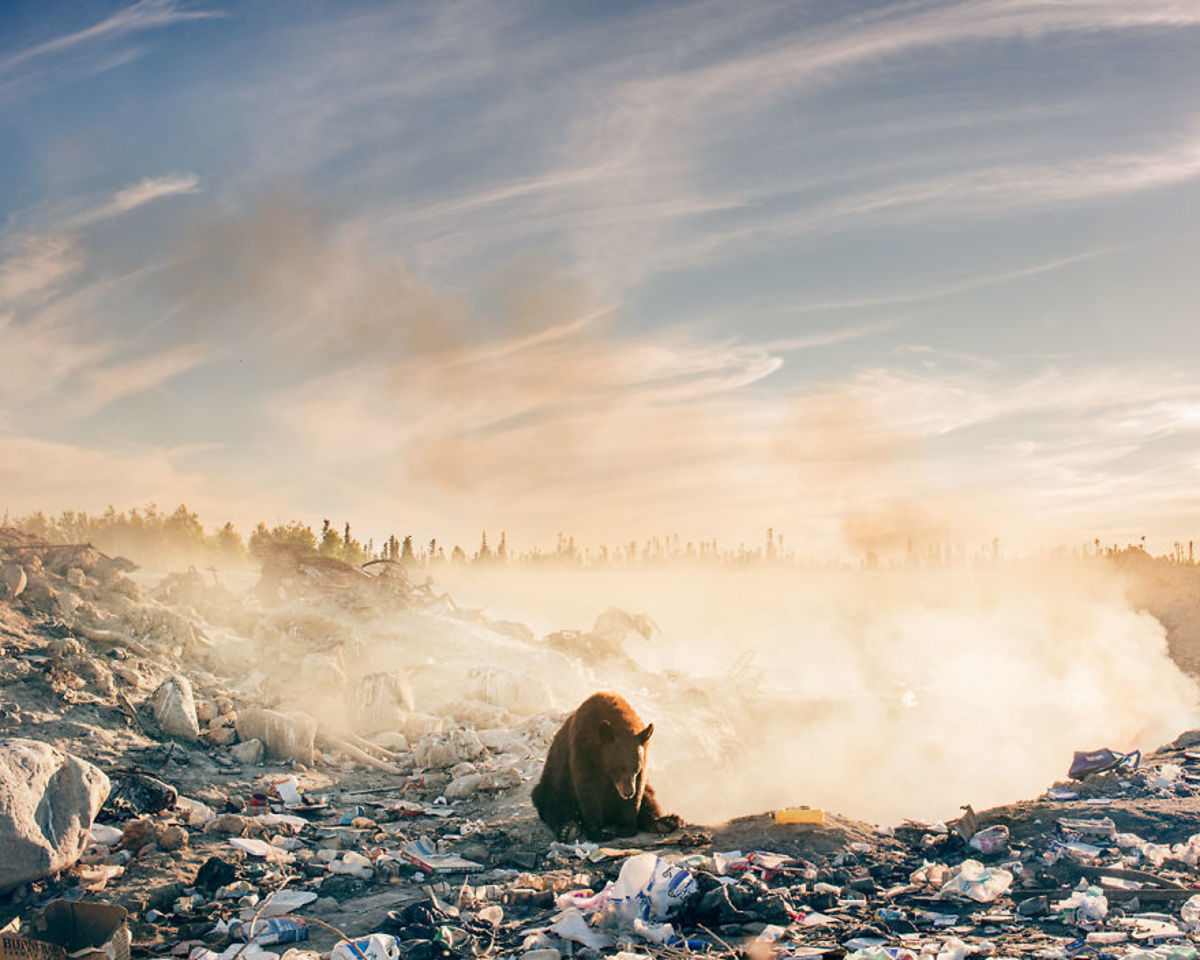 Both referred to the photo of the bear hunched over in the center of the landfill “heartbreaking,” adding that taking the photo was difficult enough, but editing it was equally as hard, as is looking at the image. Here’s what Moth had to say about the photo over on his Instagram:

This is the most heartbreaking image I’ve ever made. I teared up when shooting it, again when editing it, and on several occasions just thinking about it. I’ve waited nearly a month to post it as I’m still not sure how I feel about it. I do know I’ll never forget this moment, and what happened to that bear afterward, which I was too stunned to photograph.